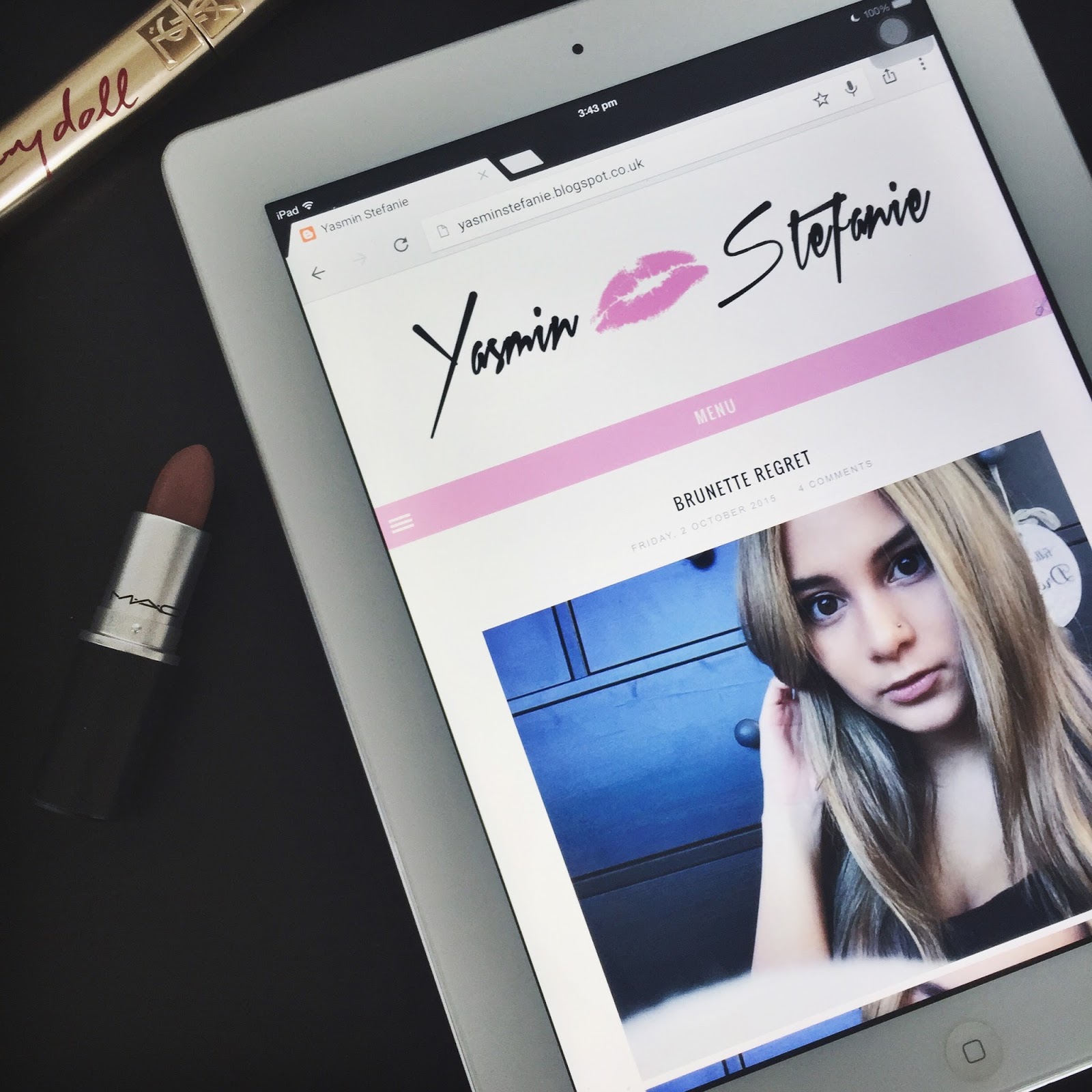 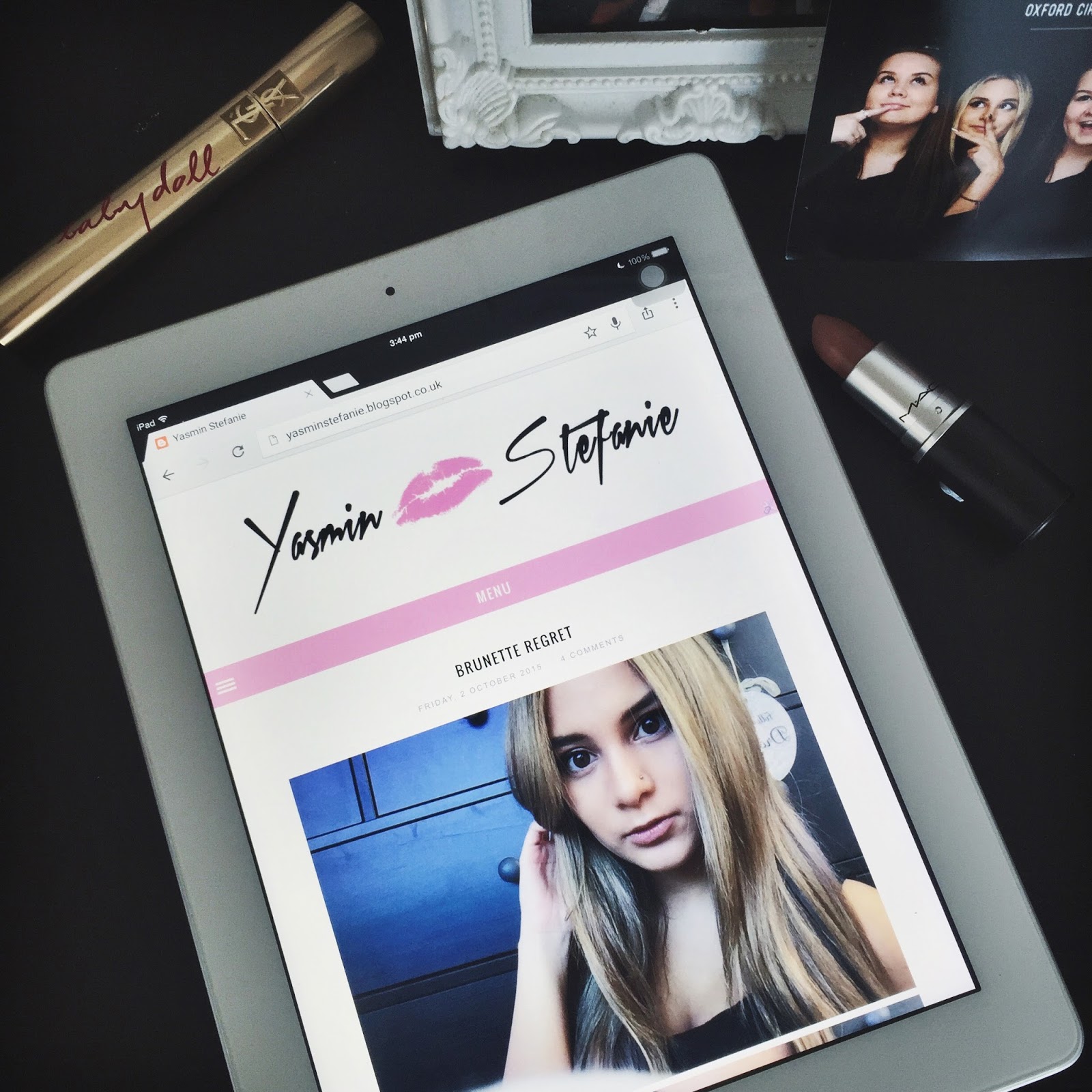 What a long title! I’m super excited right now because this is the very first blog post that I’m typing on my new Macbook Pro! I’ve mentioned a few times on here, on Twitter and on YouTube in the last year and a bit that my old one broke, and I never got a replacement until now. I’m in love with this, the difference between my old, broken, second-hand 2009 (that was sold to me as a 2011 though I later discovered it was a 2009, cute) MacBook Pro and this snazzy, new 2015 one is insane. This laptop is going to carry me through the next two years of college, through to uni and into my twenties until I (hopefully) have a stable job and income to buy myself a new one.

Anyway, I’ve noticed that I do a few things in regards to my blog that I probably shouldn’t do. Granted, some of these things I can’t do anything about as my blog is only new and I’m sixteen with no job or money to buy fancy cameras, lots of clothes or five new bits of high-end makeup every month, but there are a few things that I can and should improve, at least overtime. I thought I’d share them here so that I could keep track of them, you could see and perhaps take inspiration from them and, more importantly, I’ll have to do them because I’ve told you all that I need to.

Oh my gosh, nothing needs to be improved more than the photos of myself on this blog. The flatlays aren’t an issue. It’s the photos of me. First of all, sure taking blog photos on an iPhone 6 isn’t great and doesn’t give super amazing quality that is needed on a blog, but there is honestly nothing I can do about that and I’m getting by with what I have. I have a camera somewhere (not a professional, proper one obviously) that has better quality than my phone but I need to find it, the charger for it, and the memory cards. Anyway, the photos of myself. I just take my usual, pouty selfie and use that as a blog photo because I can’t take anything else or I already have the selfie for general selfie use (Instagram posts, Twitter icons and all that fun stuff) so I just use it. I want to dig out that camera that I was talking about and use it to take proper face shots that aren’t just pouty selfies. And let’s not even start about the impromptu mirror selfies. They wouldn’t happen at all because I’m able to have proper outfit photos taken but I always put on an outfit to go somewhere and decide to take a few mirror selfies for the blog once I’m already wearing it and about to go. This links onto my next habit to improve…

So I do have this down to an extent, just not enough. I was much better at planning in Summer when my blog had just started and I’d had so many ideas that I wanted to write about (especially my fuckboys post, seriously you need to read it. I’m not even sorry for plugging it) but now I have my schedule typed out in my phone notes with no post ideas next to the days. I need to start taking inspiration from more places and planning my blog posts. I need to plan outfits to wear for fashion and style posts, I need to plan more of these longer, written out posts (like this one which I did actually plan out – go me!) and I need to think of some new and interesting ways to construct beauty posts.

As the famous saying goes, ‘do more of what you love’. My biggest passions are probably music, fashion and beauty. I also love voicing my views and opinions on things, hence these lifestyle posts, and I’m not opposed to talking about food that I love to eat or cook. Those are the reasons behind the categories of posts on my blog. I’ve found, though, that I’m not doing as many posts about things that I absolutely love. Obviously I love everything that I’m already posting otherwise I wouldn’t post, but I wish that I could give you all much better fashion posts and I wish that I could post more about music, things like reviews or playlists. No one is stopping me from making these posts apart from myself so I’m coming up with solutions for these. The day that you’re reading this (I’m pre-writing a post a couple days in advance for the first time ever) I’m seeing James Bay at the Brighton Dome so I’m going to attempt my first ever concert review for either of my posts this week. I’m also going to start a monthly feature called ‘Spotlight On’ where, once a month, I focus on either an album or artist that I’ve been loving and that I recommend. At first, some albums or artists won’t be brand-spanking new discoveries as I’d love to start off the monthly features with artists and albums that I already love but hopefully, in months to come, the posts will focus around brand new artists or albums that are fresh out that month. I’m really excited to start doing those, I love music so much and I don’t post about it enough!

4. CARING ABOUT WHAT PEOPLE THINK

So in general, I’ve learned to have a thick skin when it comes to people having a negative opinion of me, the way I look or the views that I have. Nine times out of ten, I couldn’t give a fuck what anybody thinks. It’s something that I’m quite proud of myself for learning, as it’s one of those kinda life skills that you should have in order to love yourself the way that you are. However, there’s some things that I’m hesitant to say on my blog or post about because I’m worried about what people think. Usually, this stems from where most of my readers come from that aren’t other bloggers or blog readers. A lot of my audience, both here and on YouTube, come from the fanbase that I am part of, and while I don’t really involve myself with that anymore unless it’s concerning my friends or the actual band, nor do I mind what they actually think of me, I don’t like saying some things because it could come across as ridiculous or stupid in that regard. I can’t explain it properly so I’ll give an example. In my last post, about going brunette, I mentioned how I wanted to go brunette because I wanted to be more of a sexy bombshell instead of childish with my blonde hair. I was hesitant about mentioning that I wanted to look and feel like a sexy bombshell because I usually am still seen as the baby of the fanbase, since I first met everyone in it when I was thirteen and I looked ten. I feel like those people still see me as a young child when I’m now almost seventeen, not to their own fault but probably because, to them, I’m still that delusional thirteen year old. That’s not to say I’m one of those naive teenagers who thinks that they’re such a ~mAtUrE aDuLt~ because they’re no longer a little kid, but I am not an immature, narrow-minded child who isn’t allowed to want to feel sexy or something. There’s also other things that aren’t to do with that aspect of things. For example, I’ve been meaning to do a post on ways to always be stylish but I’ve been hesitant to because I’ve had the thoughts of what if people don’t take it seriously because they don’t think I’m stylish? which is ridiculous and I shouldn’t care. I’ll be making that post eventually though, definitely before the year is out.

Oh wow, am I bad at this. I usually skim through my post to check for any errors but I never properly read it, unless it’s an outfit post with one short paragraph. I need to improve this straightaway because posting something with incorrect grammar or spelling, or a random / or ) somewhere, or an unfinished sentence is really half-arsed and the post won’t be taken seriously as it looks like I haven’t taken it seriously. I’ve come up with a solution though. I’m sending a preview of this post to my friend who will proof read it for me which, I think, is actually much better than you proof reading your own post because I think that someone else will have a more sharp eye when it comes to your writing rather than if you proof read it.

So those are the bad blogging habits I have that I need to break! Hopefully I will now break them, even if it takes a little while. It’s given you all a little insight into how I blog and it’s told you all a few of my future posts and my ideas! I really like doing these longer, writing-heavy posts and I definitely want to do more! I’m currently pre-writing this post, as I said, as well as scheduling it and a tweet for it because I’m seeing James Bay on Monday so I’ll be too busy to take time out to write, and because I’m hoping that this will help me with my planning and organisation of posts in order to break my bad habits, so I’m already at it and I’m planning to do this a lot more from now on!

Also, I’ve already mentioned this on Twitter but at the end of the month I’m visiting my best friend Rebecca in Ireland which will be super exciting because it’s the first time I’m flying alone and it’ll be the last time I see her before Summer next year so I’m going to be vlogging everyday of my trip as well as writing a few blog posts about it so stay tuned for those and for all of the future posts that I’ve said I will do!