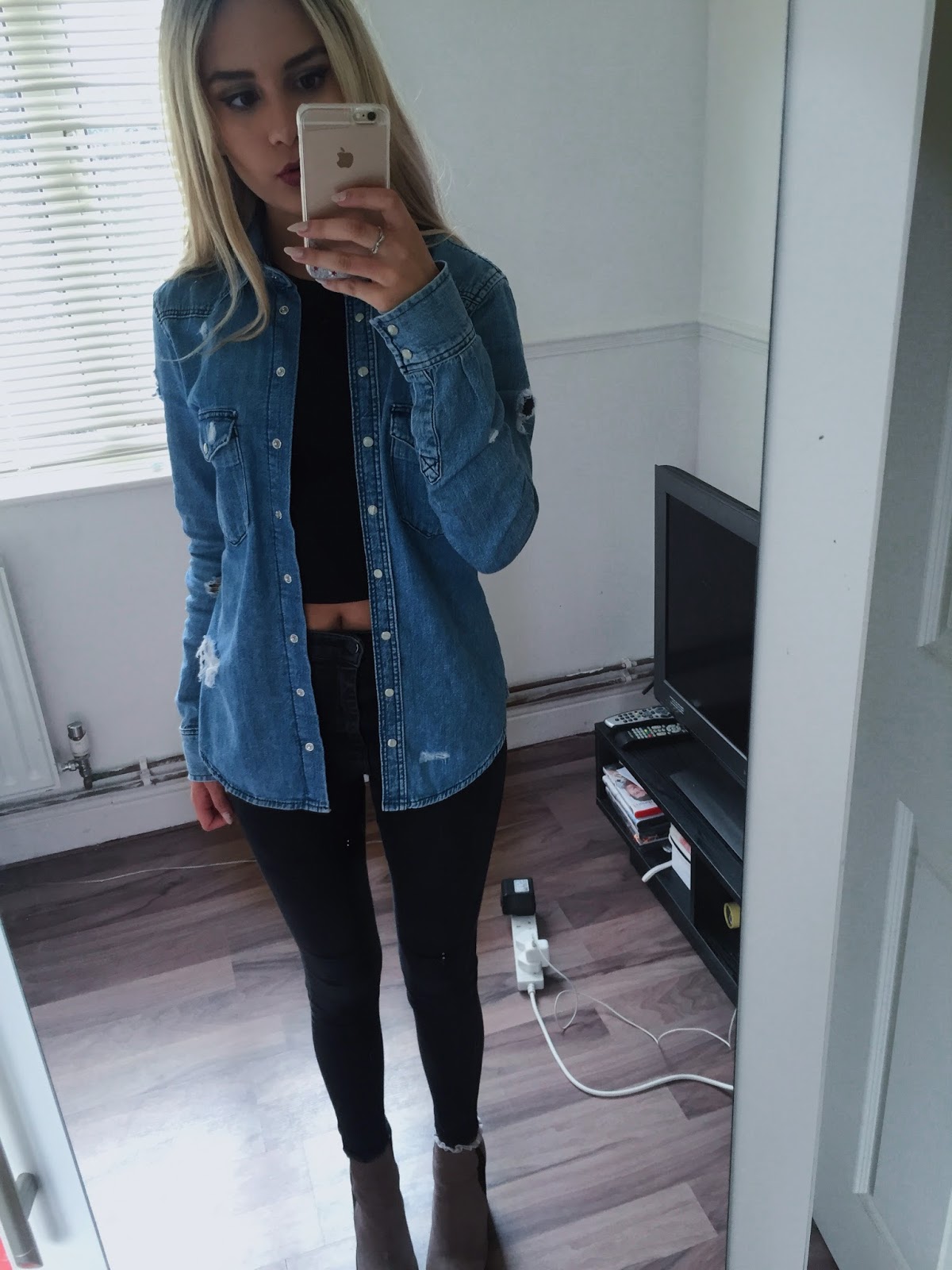 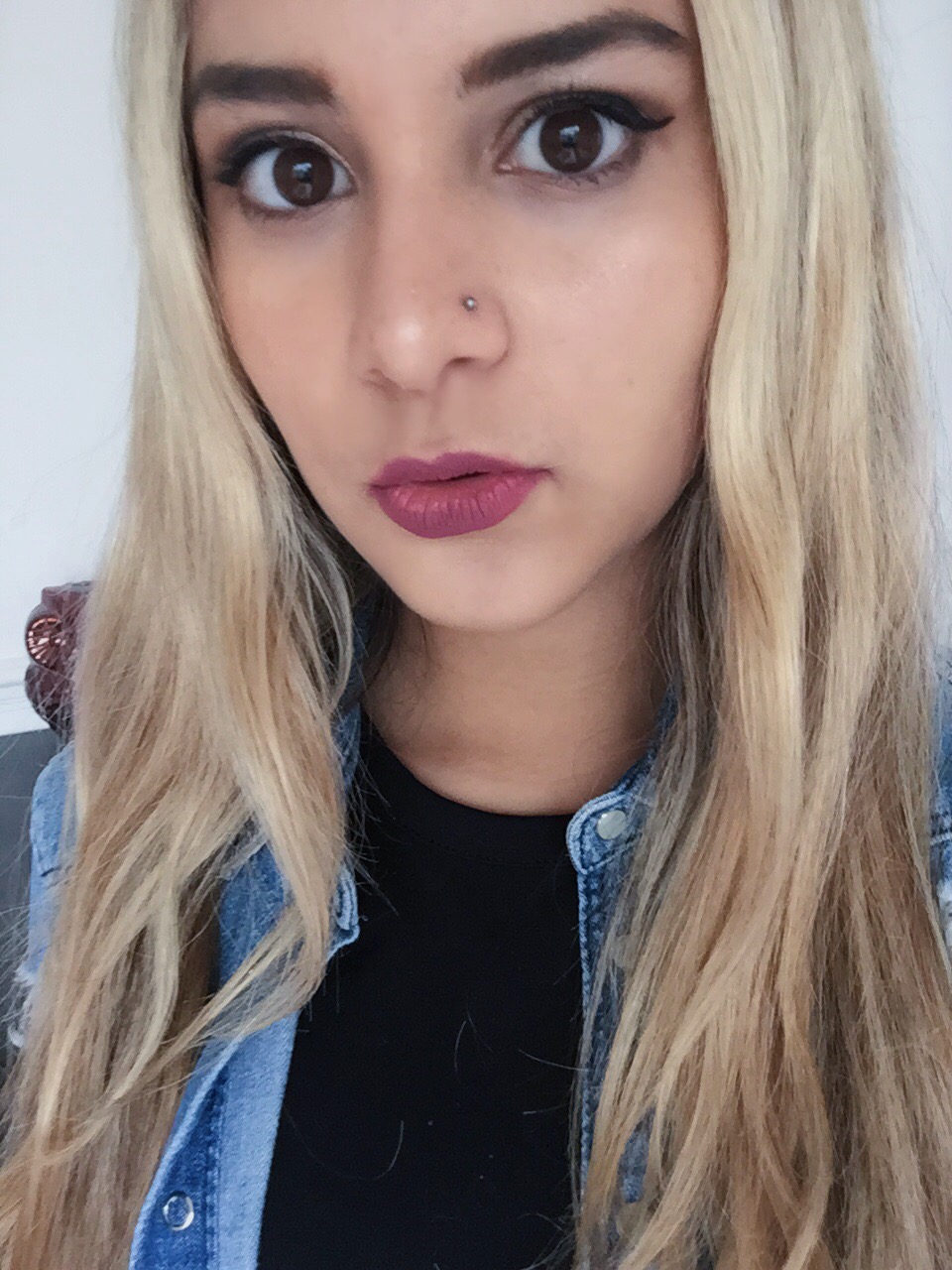 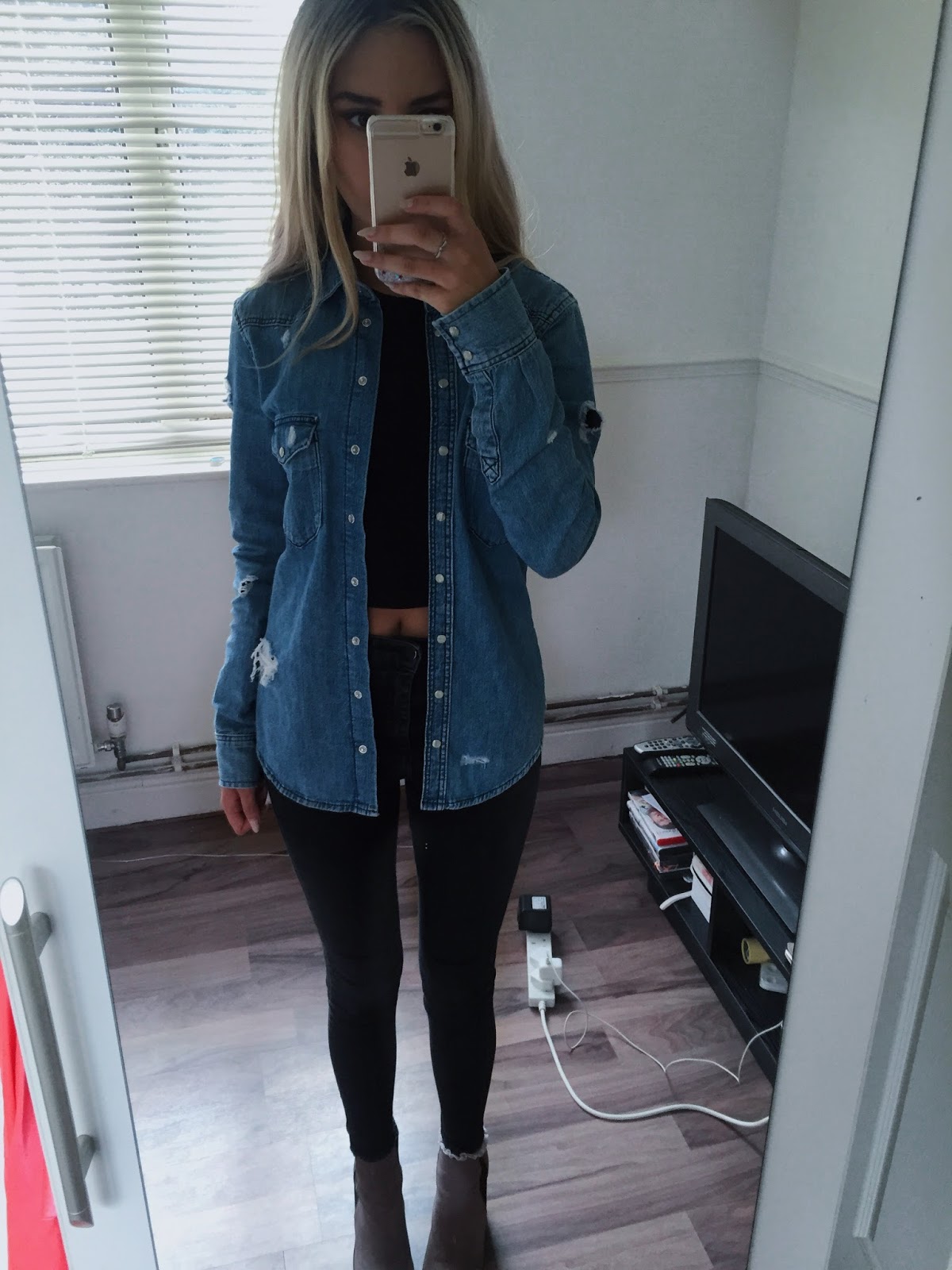 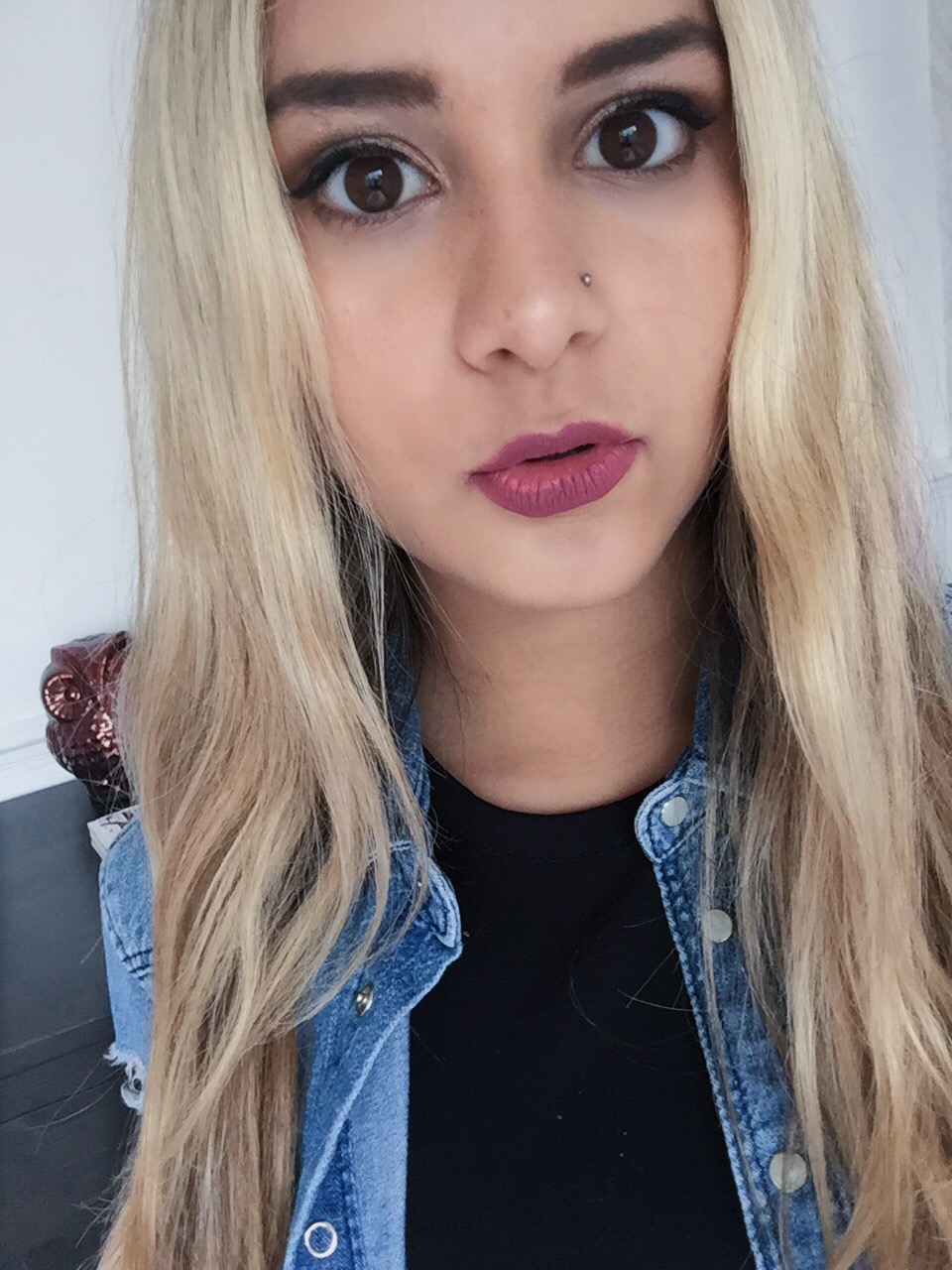 I got this ripped denim shirt in the Topshop sale over Summer and now that it’s Autumn and it’s a little chillier, I’ve been loving wearing it with my black Joni jeans which I styled in a previous blog post here (little plug). I’ve also rediscovered my Mac Cremestick Liner in the shade Pink Treat that I got last September and wore on and off during that Autumn, I’ve been experimenting with different eye and lip looks lately and this was one of them! I’m hoping to get some makeup tutorials done as soon as I restart my YouTube channel again very soon, so get excited for that!

Since getting this shirt, I’ve been kinda into the whole denim on denim look. I’ve always liked it and found it acceptable anyway, unless it’s blue denim with blue denim, but the double denim thing is definitely going to be a part of more of my outfits from now on. Besides, I’m pretty sure denim was quite big amongst the street style at both NYFW and LFW. Plus it’s like a homage to the days where Danny O’Donoghue had a bit of a tendency to wear double denim and it became known as a thing for a while (throwback to when my bestfriend Rebecca’s Twitter @ was DoubleDenimDan in a tribute to O’Donoghue’s love it or hate it fashion choice – he still has many of those now though). Anyway, I think denim in itself is going to be a trend this Autumn Winter so I’ll be repping the double denim as well as just plain old denim, why not?