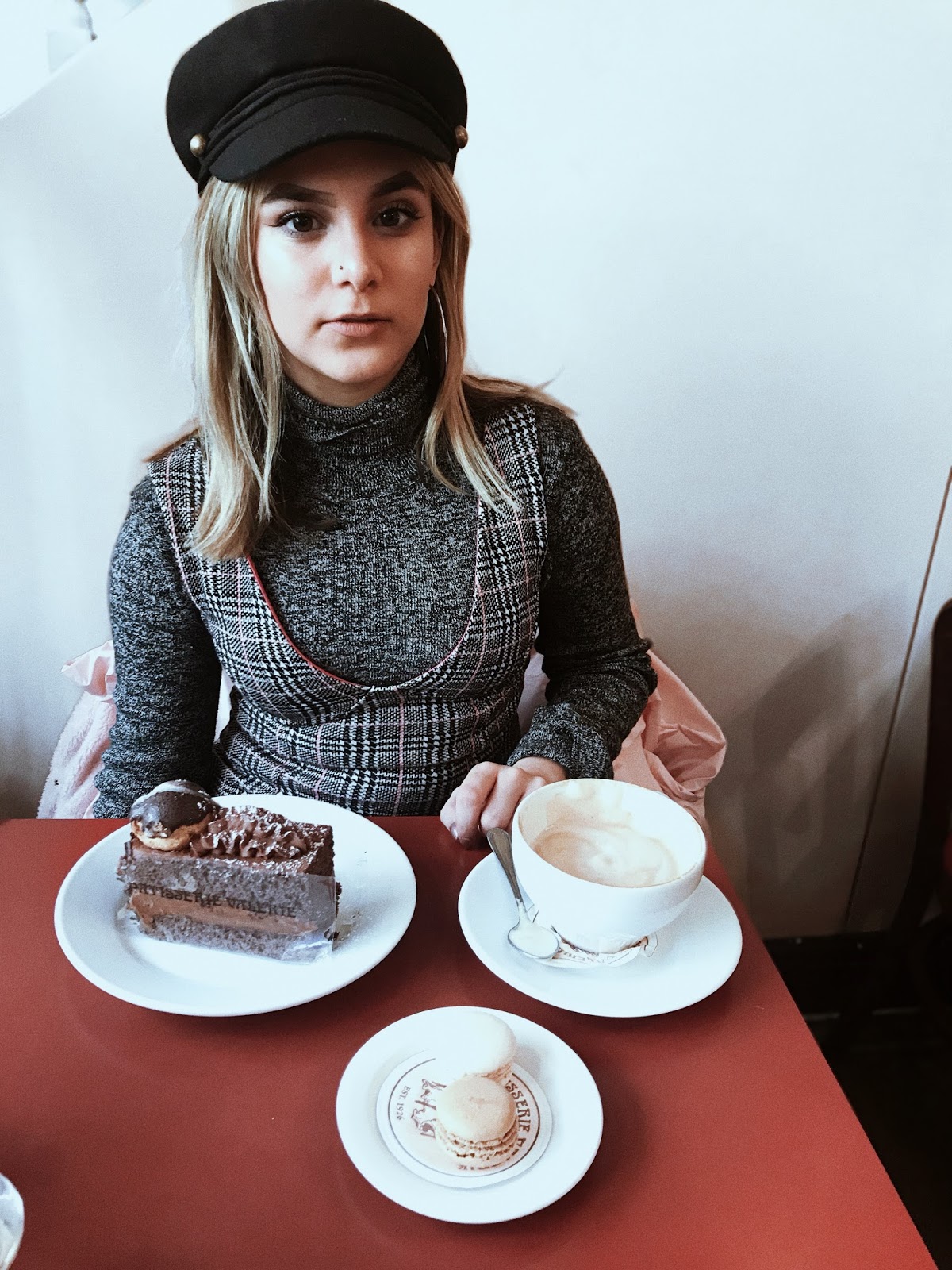 The first rule of blogging is getting involved with the community, right? Pretty much?

Engaging with others posts on Instagram, their blog and their other social media accounts (genuinely) is one of the key ways to up your own engagement and get more involved in the blogging community. As are engaging in Twitter chats.

But. Ya girl has a bit of a complex with this, and it stops me from engaging in the blogging community. (Take a shot every time I say engagement / engaging – it’s just a bit excessive *eyeroll emoji*).

Something about commenting on a random blogger’s photo or post or replying to their tweet (especially a bigger blogger) that just puts me off, is looking like some weirdo stalker girl who thinks she’s pals with these people when she’s not. It cringes me out to think about commenting on a blogger-who-I-don’t-speak-to’s photo like ‘love it babe!’ because lol. Dya know what I mean? The thought of replying to a blogger as if I knew them makes me squirm for some odd reason, even though I think there’s absolutely nothing wrong with it. The few times I do it, no matter who it’s to, I sit there thinking ‘oh my god they’re gonna think I’m so weird tryna talk to them like I know them or tryna worm my way in to make friends’.

Getting involved with blogger chats has also become something I’m deterred from doing too. When I first started this blog a couple Summers ago and was posting three times a week I would join in with chats on Twitter every single week, and managed to find a ton of new bloggers to follow and chat to. The problem is, ever since I stopped posting frequently, and am now trying to take blogging seriously again, I feel too ashamed to join in. Like, this girl isn’t serious so why is she trying. And now that I’m actually trying with this blog again, I still feel as though it’s going to come off like ‘too little, too late’.

However, I know perfectly well that people don’t think that at all. Nobody would exclude someone from a chat for not being the most regular blogger, and especially not someone who really wants to have a turnaround and try hard to get their blog back on its feet. Nobody would judge someone for commenting on their photo or blog post or Youtube video, or tweeting them some support, they’d be thankful and appreciative. And if they were one of the very small percentage of people who just might, then they aren’t worth said comments and support anyway. 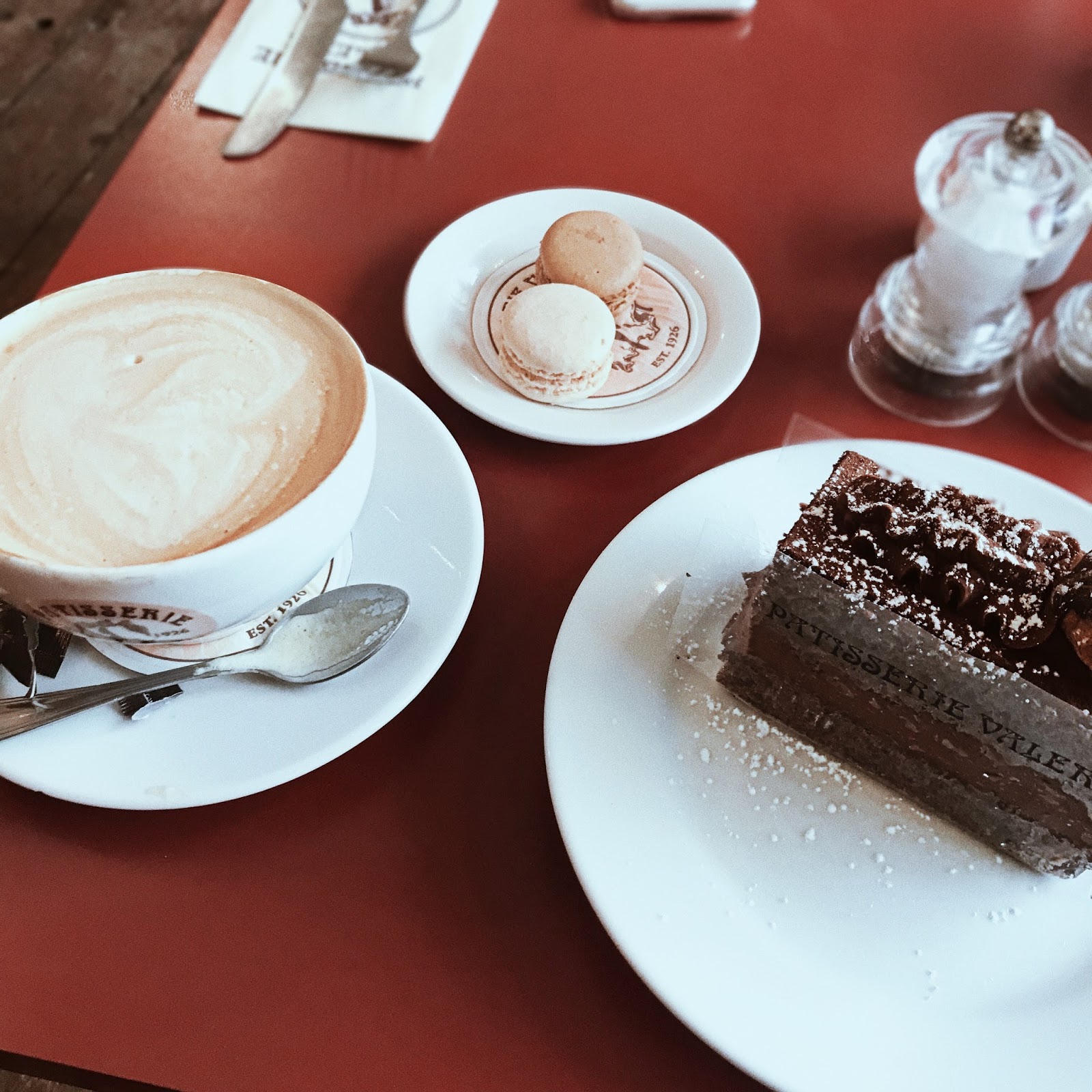 So I’m trying to tackle this. Twitter has probably been my best and easiest for this – if I see something I have a response to, whether its to support someone, agree with them, give an opinion, laugh along or give feedback then I’ll try to just tweet it and not think anything of it because it shouldn’t be thought anything of. It’s literally how Twitter works. Instagram is slightly harder for me, I don’t know why. I adore Instagram, algorithm issues aside I love that Instagram can be almost like an art form, personally curated to suit someone’s personal style, vision and brand. The photos, the filters, the captions are all a representation of someone’s personality – even if Instagram is just a best bits showreel, and no problem with that, whose isn’t at this point, you can get a sense of them through the aesthetic they enjoy. Instagram is probably the one thing I should be commenting on the most because of this, because I genuinely enjoy seeing people’s aesthetic and style curated into a feed and appreciate the effort that goes into that. Blog comments I’m also not the best at, I’ve been a bit too much of a passive reader which I’ll openly admit, although now I’ve realised and acknowledged this I can easily change this by dropping a comment on a post I enjoy. Youtube comments I’m not the best at just because I don’t really use it and watch way more than just the usual array of bloggers and vloggers but maybe some more likes on videos wouldn’t go amiss.

Obviously I could make a big improvement on the engagement front. How many tweets do you see going viral, usually via either bloggers or fiat 500 twitter (lol I love the concept of this but not in a belittling way and not just because I’d love to own a fiat 500) about seeing girls on social media you’d love to be friends with or know you’d get along with but not knowing how to go about it? Engaging with others in the community could lead to these sorts of friendships people tweet about. By not responding to a Tweet or complimenting a photo you could be keeping the door closed on a potential friendship with anyone else interacting with the original post, let alone the person who actually wrote the tweet, posted the photo or created the blog post.

And, of course, we can’t forget the benefits of engaging with the blogging community for yourself and your own blog. This shouldn’t be the biggest or only motive behind your engagement with others, it’s not mine at all hence why I haven’t really tried too much. Opening yourself up to new people and a new discussion and making people feel good about themselves and their work, especially when they may have been in doubt, are great reasons for engaging in the community. I know this industry and hobby isn’t one that’s an oligopoly so you might feel lost in the crowd at times, but that’s a good thing. The vast number of creatives able to express themselves on platforms that are entirely them is an incredible thing, it’s amazing that we can have this community and can do this, whether it’s your hobby or your job. Every blogger’s blog is their passion project so encouraging their creativeness and getting chatting to like-minded people will never not be a good thing. There have been far too many times that I’ve gone online to see some blogger dramz and, whilst I don’t involve myself, I can see that we all need to take advantage of moments where we can show each other some love and support.

If you’re guilty of worrying too much and being insecure about engaging with other bloggers, you’re definitely not alone, but I can’t imagine someone not appreciating it so let’s try and squash this unnecessary fear of judgement and focus on the good side.

Here’s to supporting each other and upping our engagement in this unique and special community.