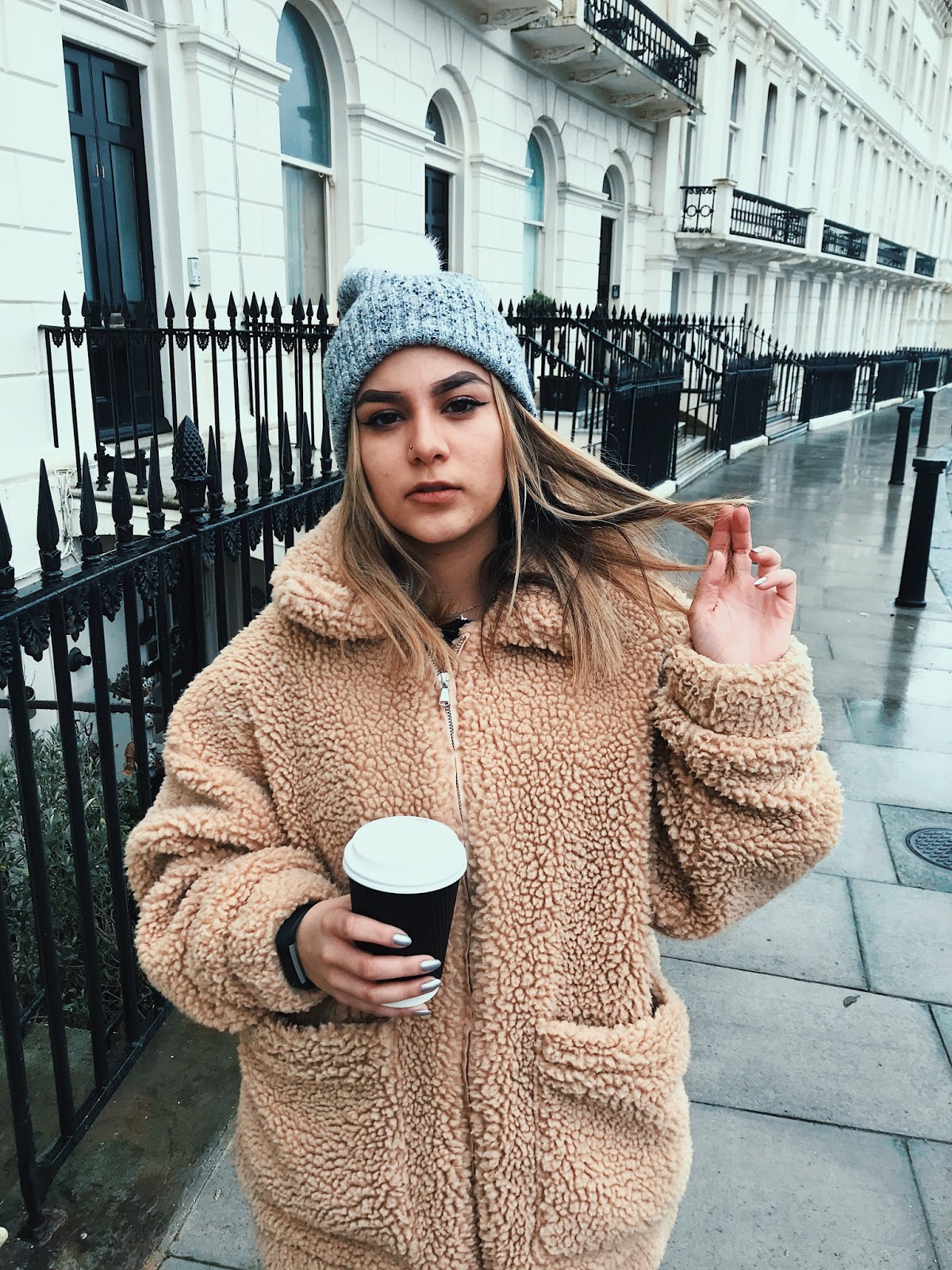 Lol can you say clickbait? This is what a journo degree is doing to me. Anyway, it’s not clickbait because yes, I am exposing the draft tweets across all three of my twitter accounts, but the wording just seems so clickbait-y, ya feel?

I wasn’t feeling putting up a ‘think piece’ blog post today. I’ve so many ideas planned and half written and as much as I love writing about topics and issues that I genuinely care about, I also want a lil break from looking inside of myself and putting a lot of myself and my thoughts on here. Just wanna have a bit of fun. So this week when I was looking at some of my most recent draft tweets on my main account whilst waiting for the kettle to boil, I thought hey why not make a blog post out of this. And here we are.

Quick clarification, I have three twitter accounts. My main account, @YasminStefaniee, that I call my main and/or blog account is the one you probably found this blog post from – it’s where I promote my blog posts and share my thoughts and tweet along to tennis matches. A note to my friends from school / uni / work etc – don’t follow this because you will literally get nothing out of it. You don’t wanna see my blog posts shared multiple times a day and me tweeting about how lush Federer’s backhand was in the match he’s currently playing.

Then there’s my private account @yasxcx on which I only accept my real friends so like please don’t be offended if I don’t follow you back, it’s not because I’m not bitching about you. My priv account was born during my Script days, when I was a little bitch and wanted to have an account to be a little bitch on in private with my close Script friends following it and having a laugh at the truth tea I would spill. Now it’s where I share my weird thoughts, screenshots of conversations I think are worth sharing, and rant about boys / shit people I’ve been stuck with in group projects and yes, sometimes still about my Script days – though now it’s to make fun of myself.

Finally, there’s @yasminsyed_ which is just my personal account that I barely tweet anything on but like a whole load of v funny viral tweets and share stuff I don’t mind irl people seeing. 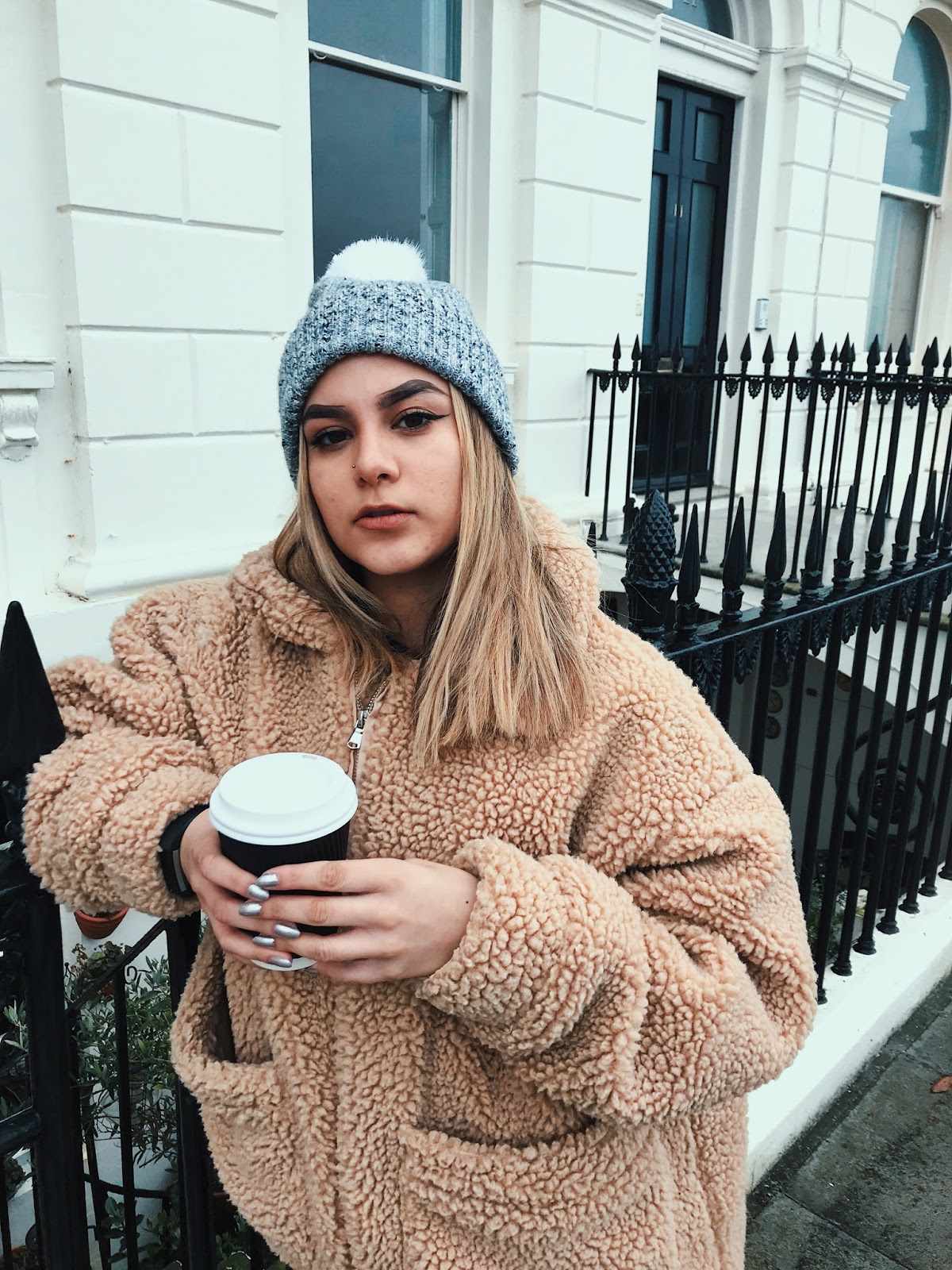 I’m not going to go through every single draft on all three accounts otherwise we’d be here for years and also because my main account has so much tennis shit in the drafts. There are bound to be more drafts for my main account because, ykno, it’s the main so I use it the most, but I wanted to mix the others in here too because they’re my more ~real me~ accounts. Plus the private is where it gets juice and beefy.

I can’t believe I bought a tennis tv subscription yesterday adamant that shapo would win his first tour title at delray beach and I wanted to be able to watch it, then he loses his semi final.

Oh look, tennis ! What a surprise ! This is true though, if you don’t know (I know you don’t – pretty much only like two of my regular readers care about tennis) TennisTV is like a Netflix for ATP / men’s tennis matches, live and in full on demand. I finally decided to buy the subscription because Sky don’t show the lower-point tournaments and I thought my fave guy Denis Shapovalov was gonna win here and he didn’t even make the final. Maybe I should’ve had the logic to wait and see if he at least made the final.

I watched this last night as soon as I read this moment, then watched it over again straight away because it was so heartwarming

This was my response to the twitter moment about Drake’s God’s Plan music video. This basically does what it says on the tin – I watched the video when I saw the twitter moment claiming he had a $1mil budget and gave it all away, and when I was done watching I replayed it straight away because I enjoyed it so much just because it melted my ice heart. 10/10 recommend, but I’m p sure everyone’s already seen it. 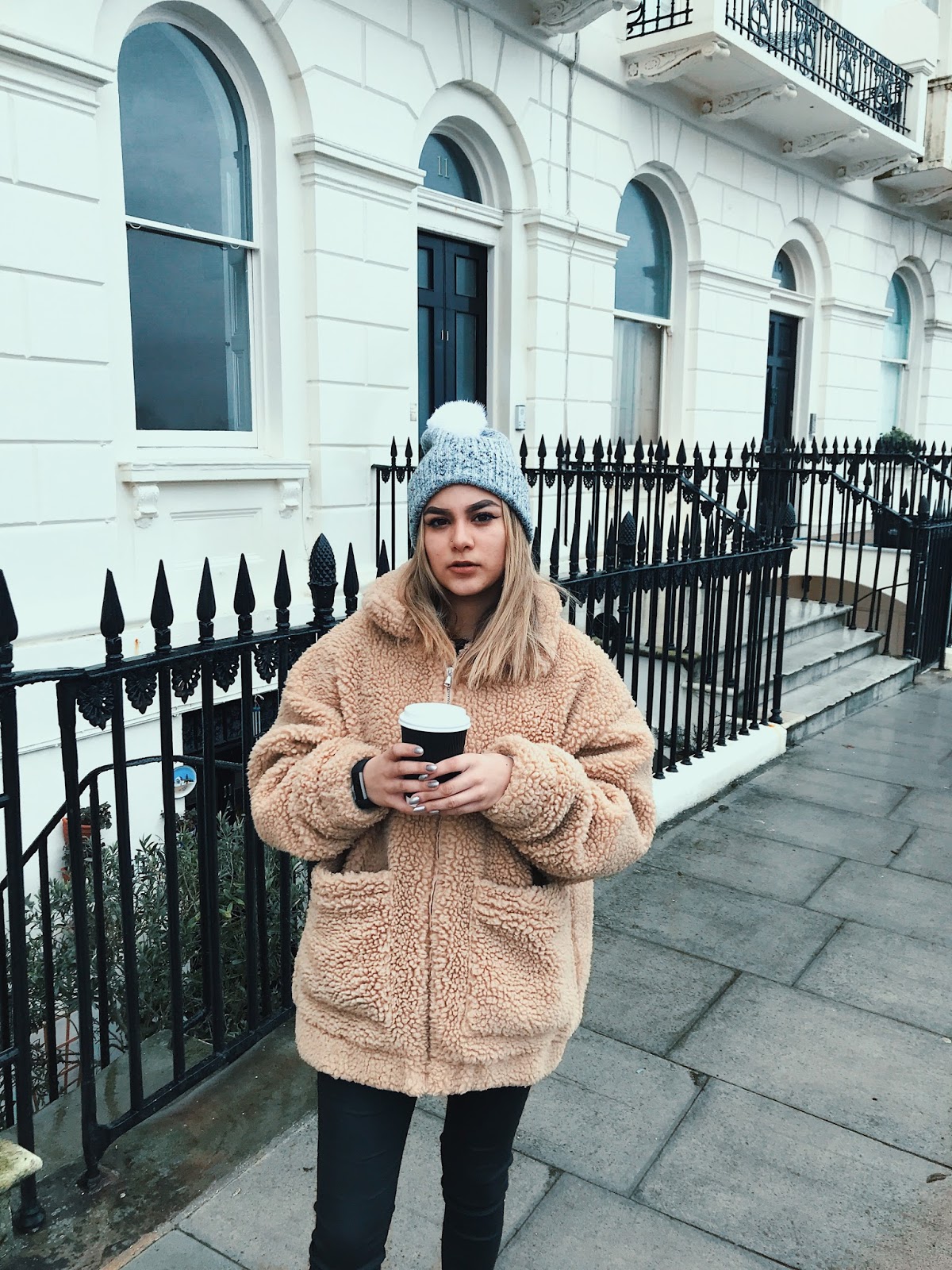 Not even sure who this was about, it’s one of my most recent drafts on my priv but also still a few months old. Also I really did count the number of sarcastic kisses so I could retype the draft exactly as I originally wrote it.

Ok so this is my fourth most recent draft on my priv but it’s like a year old? I really don’t draft much on here. The Affair is a sick show and I really recommend it.

V true. My work played the same songs all the time and now I can’t listen to any of them even though it’s been nearly six months since I left. They’d always swap out one or two every month for a slightly newer song but kept most of them the same – even when I go in the Bournemouth or London branches now they still play the same shit music.

Lol I remember this. It was Summer 2016 when I worked there 5-6 days a week instead of Saturdays only and we had a lil squad and I guess my supervisor was part of it so they just listened when I suggested this girl go on shoes when rly I just didn’t want to waste time making small talk with her during the day.

hotline bling was the best song of 2015 bye

Jeeeeez these drafts get hella old hella fast. True though, don’t @ me.

Umm, ok. Truth time. I’d never looked at the drafts on this account before and just assumed there’d be enough. This is my only full draft on this account. There are three more and they’re all incomplete, ready?

this is the first time since starting

Told y’all I barely write on it and just use it to like memes. Guess we’re stuck with the other two accounts from here on out. 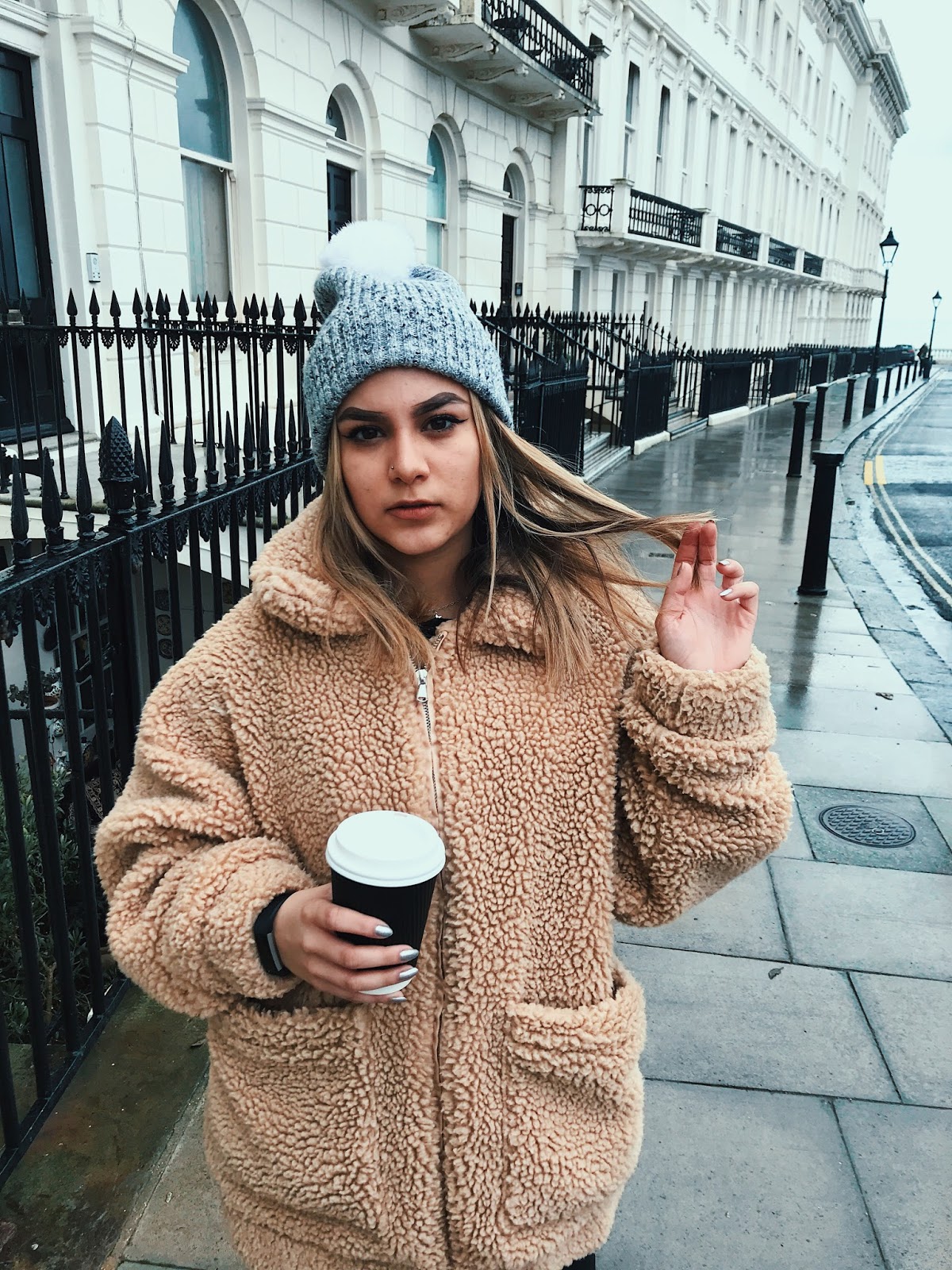 you get people complaining about how our money goes to the EU (meaning we have no barriers to travel or trade), how if tuition fees were abolished we’d just be paying for the education of people who can afford it etc, yet they don’t realise how much £ goes into this.

This was a quoted reply to a Sky News story that said ‘More funding for Madeleine McCann search requested by police’. I mean, what I said is true, but it’s down to you whether you think her search in particular deserves more money. I just don’t want to die without knowing what happened to her because it’s been in the news for as long as I can remember.

this is what I’m doing my journo degree for x

A quoted reply to this tweet. Says it all really.

This is in reference to tennis player Milos Raonic. In 2016 I really thought he was the ~next big thing~ in the same way the media now think Lil Zverev is, and really liked him / how he played. But now I rly cannot stand Raonic, and his mouthguard is annoying af, especially because he plays with it in his mouth in between points. Nobody else has one, why do you need one?

srsly don’t get when girls get pissy that you happen to have the same item of clothing as them, we aren’t in year 8 anymore it’s not that deep

I think I ended up tweeting something similar to this on my main account anyway, but it’s a point I wanna reiterate. I think it’s soooo pathetic when you post a pic in an outfit and someone messages you like ‘where is x from? because if it’s from x shop then I have the same one’ like ok cool? Fuck off? I hate this whole idea that if one of your friends / someone you know and see often has the same item of clothing as you it’s a sin and especially in the case where you wear it at the same time. 1, just tell them you’re gonna wear that item on a day where you’re both meeting up or 2, laugh it off and don’t care because it’s not that deep.

No I’m not gonna say who the tweet was about but this is a hella old draft and I remember the situ I was responding to and yes my response was justified.

don’t understand girls who get with ugly/creepy/desperate guys purely to be able to say they have a boyfriend. have you no self respect😂😂😩

Ok, I thought this account was gonna have some super beefy drafts from 2014 and my Script days but it seems that it doesn’t because I actually tweeted all the beefy thoughts. Don’t hate me for this judgemental lil draft pls!! It’s the oldest one on my private so I have no more to expose, which is a shame because I thought this would be the best expose account. I must’ve been fifteen at the oldest when I drafted this. I worded it awfully and probably meant it in a bitchy way, but I do now think that women shouldn’t feel like they’re worth any less than others if they don’t have a boyfriend and shouldn’t just go for the first guy who gives them attention and isn’t right for them / they don’t really like just to settle and be able to say they have a boyfriend. Young, bitchy me definitely aimed this one though. 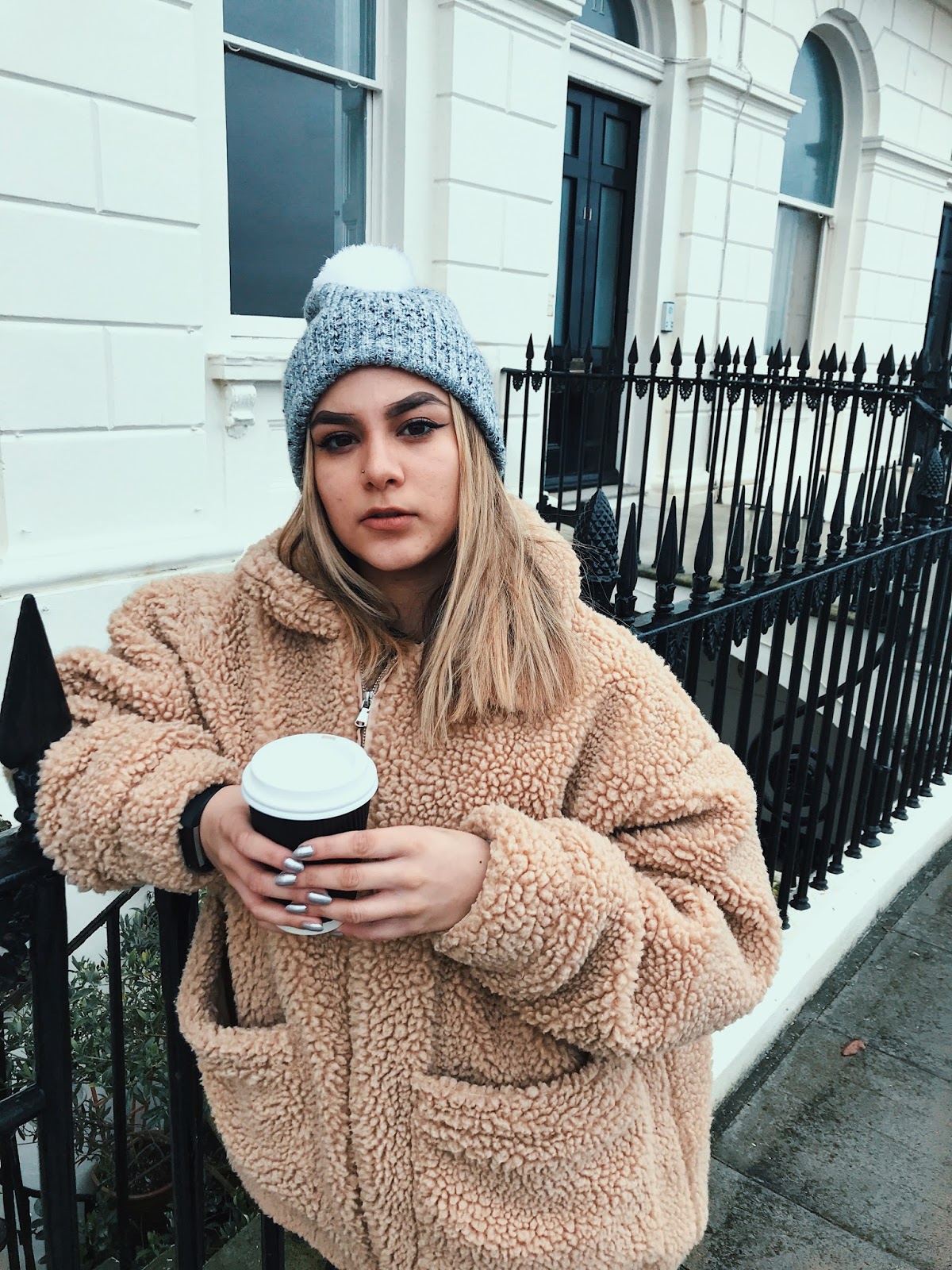 Genuinely think he has, or at least put himself on level. I’m just deprived of my faves whilst they still recover from injury. This was drafted during the US Open 2017 I think.

I drafted this thinking Kygs would win his Cincy Masters 1000 final against Dimitrov last year, and claim his first Masters title, and he didn’t. Cry.

I still am so buzzed I got to, especially now I know that was Jack’s last series of it. I went to the Dame Jessica Ennis-Hill / Robbie Keane / Romesh Ranganathan episode in series twelve and it’s deffo the best episode of the series, give it a watch.

last year I bought tour finals tickets before roger + rafa said they wouldn’t play it, this year if muzza + novak pull out I stg👀👀👀

I’m just posting this for the irony. Because they then did pull out and the session I got was awful and almost the exact same as my awful session from the year before.

I think the three lols at the end were just to soften the tweet so I didn’t look like I really thought I was cool enough to pull it off. This is from last 2016 and is the second oldest draft, the oldest being lyrics. 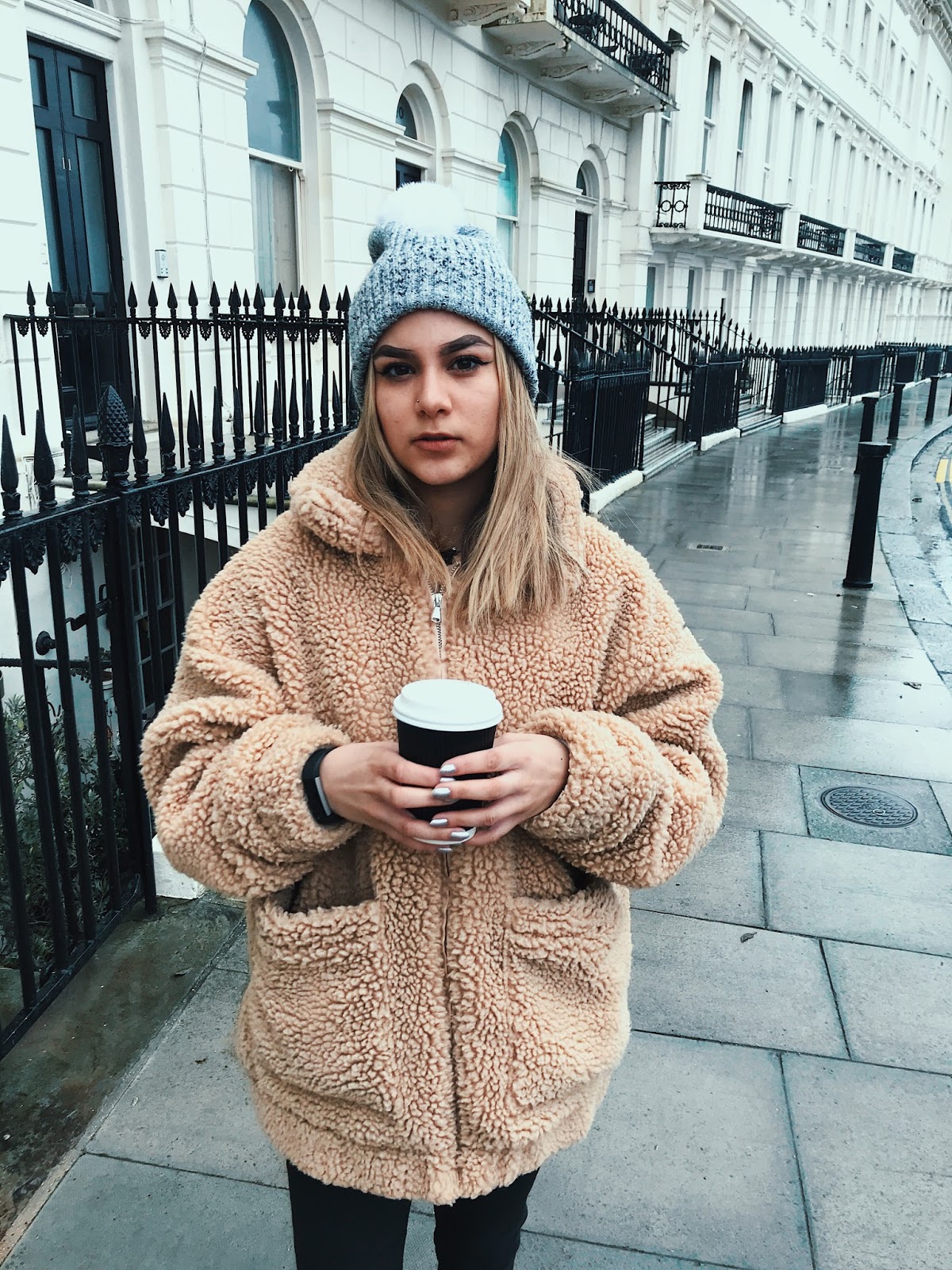 So, umm, I’m a bit disappointed tbh. Clearly I should’ve checked through my drafts before writing this post, but I didn’t want to so I could get my real first thought written down. Don’t really see this as much of an exposing because there’s nothing that really exposes me on here, bar one or two. Maybe one day I’ll scroll to the bottom of my private account when I first created it and expose those tweets instead. Sorry for the let down lol.

Nonetheless I enjoyed my lil trip down memory lane and may do it again with my early private account tweets or the most embarrassing stuff on my timehop one day.