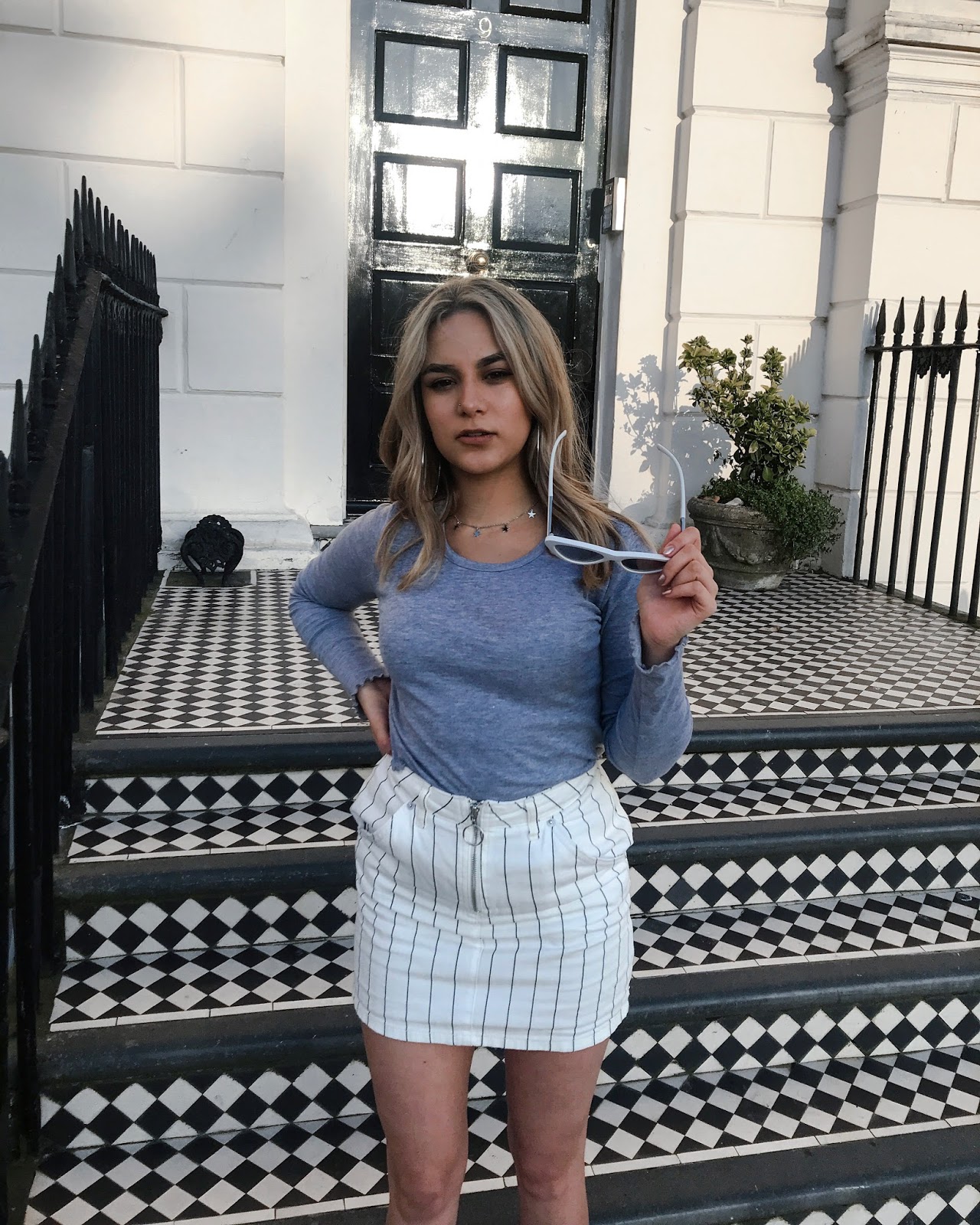 There are dozen of posts in the blogging world that give tips to on how to grow, keep people interested and coming back to your blog, be ‘successful’ in the industry – whatever successful may be to you. Consistency is a point that comes up often in these, as is posting as much as possible. Having a blog post schedule ticks these boxes, it keeps your posting days and times consistent and allows you to plan to post often. A schedule is something you may feel is a given, something that you need to have, this is why when I first started this blog I planned to post Mondays, Wednesdays and Fridays, though this often saw me posting stuff that was sub-par and half-hearted in order to maintain a schedule.

I have a posting schedule now, though I’m not completely rigid about it, but I have seen both the benefits and the disadvantages first hand of using one so I thought I’d use this to judge the importance of actually having one – surely it can’t be a necessity? 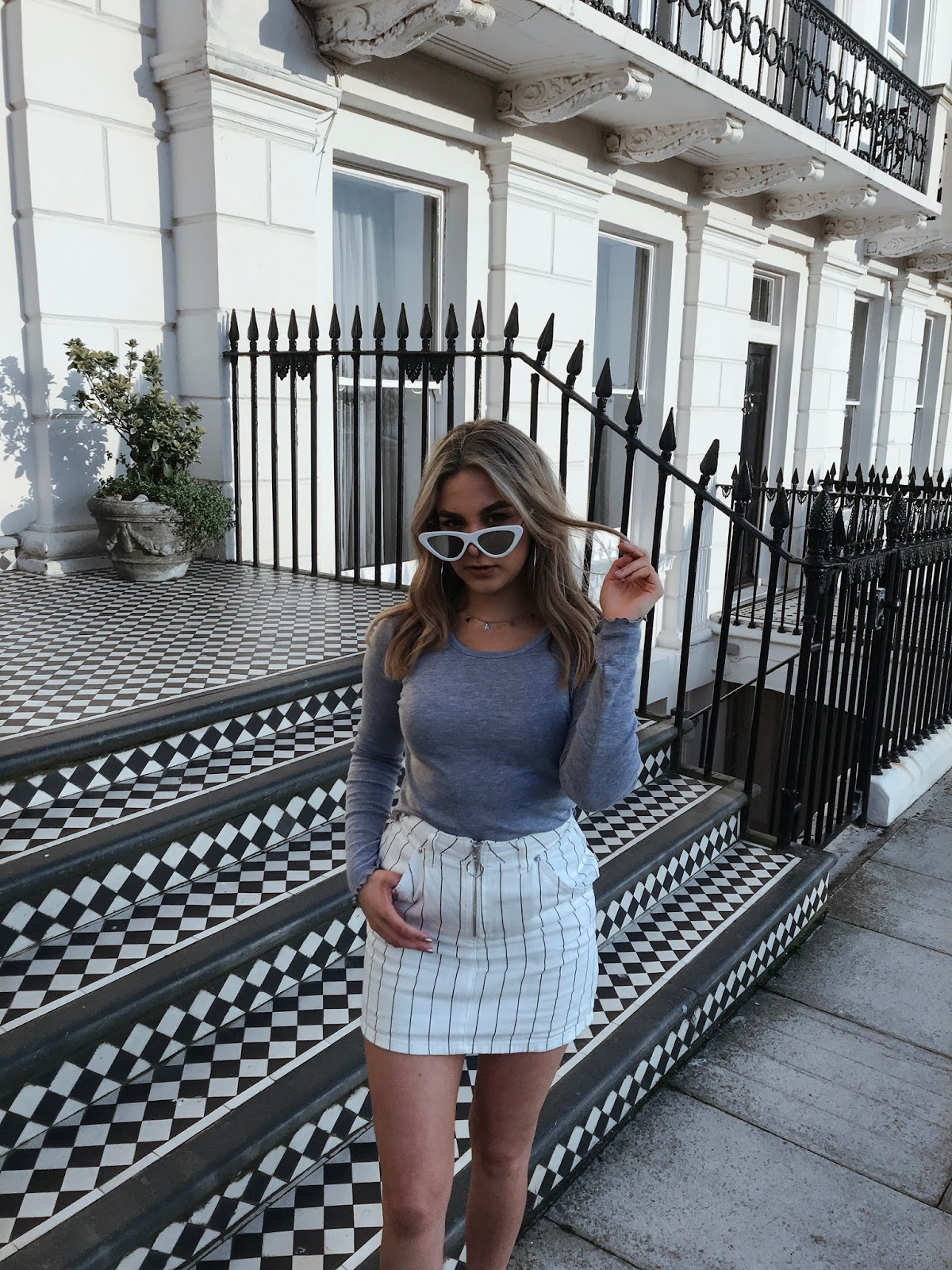 How many times have you seen a strongbow darkfruit boy who thinks he’s Drake post a pic with the caption ‘consistency is key 🔑’ ? The saying is a popular one because there’s an element of truth to it. And consistency in blogging doesn’t just mean in the times you put up a blog post, it also comes into your aesthetics and branding, and making sure your blog and its social platforms can all be linked together and are cohesive. To me, when I think of consistency, I think of someone who has their shit together. I feel as though you can’t maintain something at the same standard all the time unless you know what you’re doing and you have everything sorted and in line. Looking like you have your shit together is arguably pretty beneficial in the blogosphere – it helps with the whole relatable vs aspirational thing that we keep talking about at the moment, if you’re just a ~regular gal~ but you appear to have your life together then it will make people think they can do the same without having millions in the bank or being famuz. It probably also makes your readers want to listen to you and take your advice more, because they’re going to think they have something to learn from you if your life is in check.

A blog post schedule really helps with people coming back to your blog, if they know exactly when a blog post will go live they’ll want to come and read it with no fuss. If you don’t have an easy way of letting people know you’ve posted, like a newsletter say, and your readers are following hundreds of people on social media and can easily miss your tweet or ‘gram update saying you’ve just published a post then just telling them your schedule means that if they want to keep up with your content they will be able to come and see it when it goes live, because nobody wants to type in the same URL every day waiting for a post that doesn’t come for nine days. They’ll give up by day four.

In terms of growth, yes I have seen growth since starting up my schedule but this is also because starting my schedule was when I also started to put time and effort into my blog. I started properly promoting posts with scheduled tweets a month or so before I started my schedule and that saw my traffic go up by a hell of a lot, so this sorta proves that you don’t need a schedule, but when I started the schedule and would add these posts into my Buffered tweets to promote, it helped my growth a bit more because before I was just promoting the same blog posts so once someone had read it they didn’t need to again, now I have people coming back at least twice a week because there’s always something new they’ve not yet read. Lots of bloggers tell the story of how they would post daily when they first started out and only began to post less once they had acquired a decent sized audience through daily posting, not something I’ve tried myself but something I seem to read on a lot of other blogger’s posts about their own growth and journey. 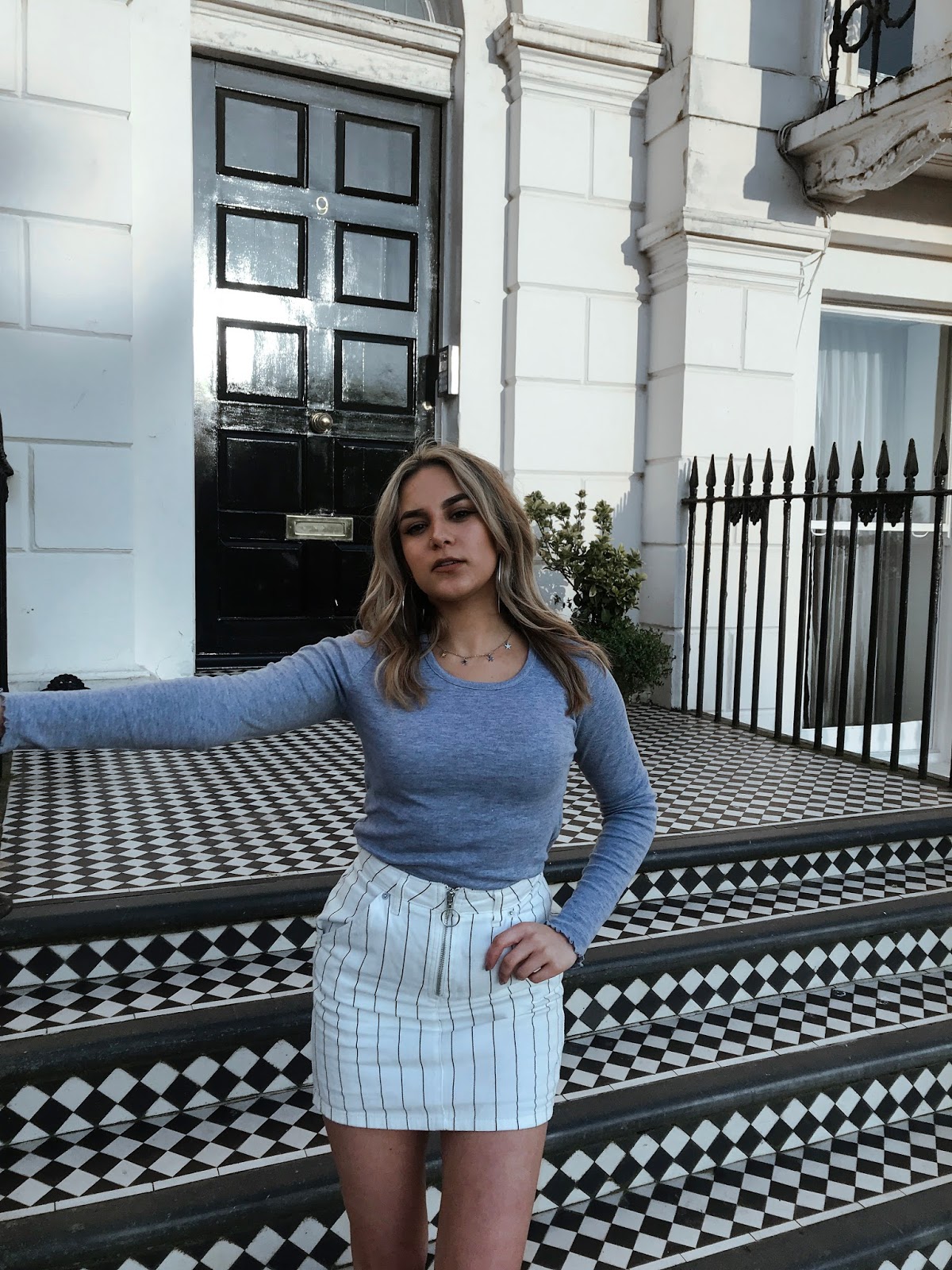 Something I’ve already touched on, which is probably the worst part about having a blog post schedule in my opinion, is the feeling that you have to stick to a schedule so posting anything just to fulfil it. The worst part of having a blog post schedule is when you enter the waters of forcing average content out purely because you don’t want to miss a day of your schedule. How beneficial can regular posting be if the stuff you’re posting is of little value and something you haven’t put enough effort into? Back in late 2015 when I started out and used a Mon/Weds/Fri schedule, if I knew a post was due up that day and I hadn’t gotten round to writing and photographing one at all, I would just take a pic of a piece of makeup and chat shit about it. It still qualified as a review, and I still gave my honest opinions, but this sorta thing to me was filler content. Just there to tick off a day in the calendar that I was supposed to have posted on. I know I mentioned the ‘consistency is key’ manta, but in blogging I think it’s ‘content is key’. There’s a certain standard in blogging now, like it or not, so the quality of your content is going to matter a lot more than how regularly you post. Nobody will click on those regular posts if they don’t look good and are written poorly.

Another thing, something I’ve worried about since starting my schedule in January, is your posts getting lost because there’s always a new one coming out. If I’ve written a post I’m particularly proud of, I get a lil annoyed when, a few blog posts later, it gets pushed off the front page of my blog and the only way people can find it is by looking back themselves or me really pushing it on my social channels – which not everyone is guaranteed to see anyway. A good way to combat this is trying to link back to it in as many blog posts as possible, and promoting it lots on your socials, but if someone just visits your blog’s home page and a certain post isn’t on there straight away it can lose traction. Not sure if this is just a Blogger platform worry though, because you can get featured posts widgets on WordPress (is this on Blogger too? someone correct me if I’m wrong pls). 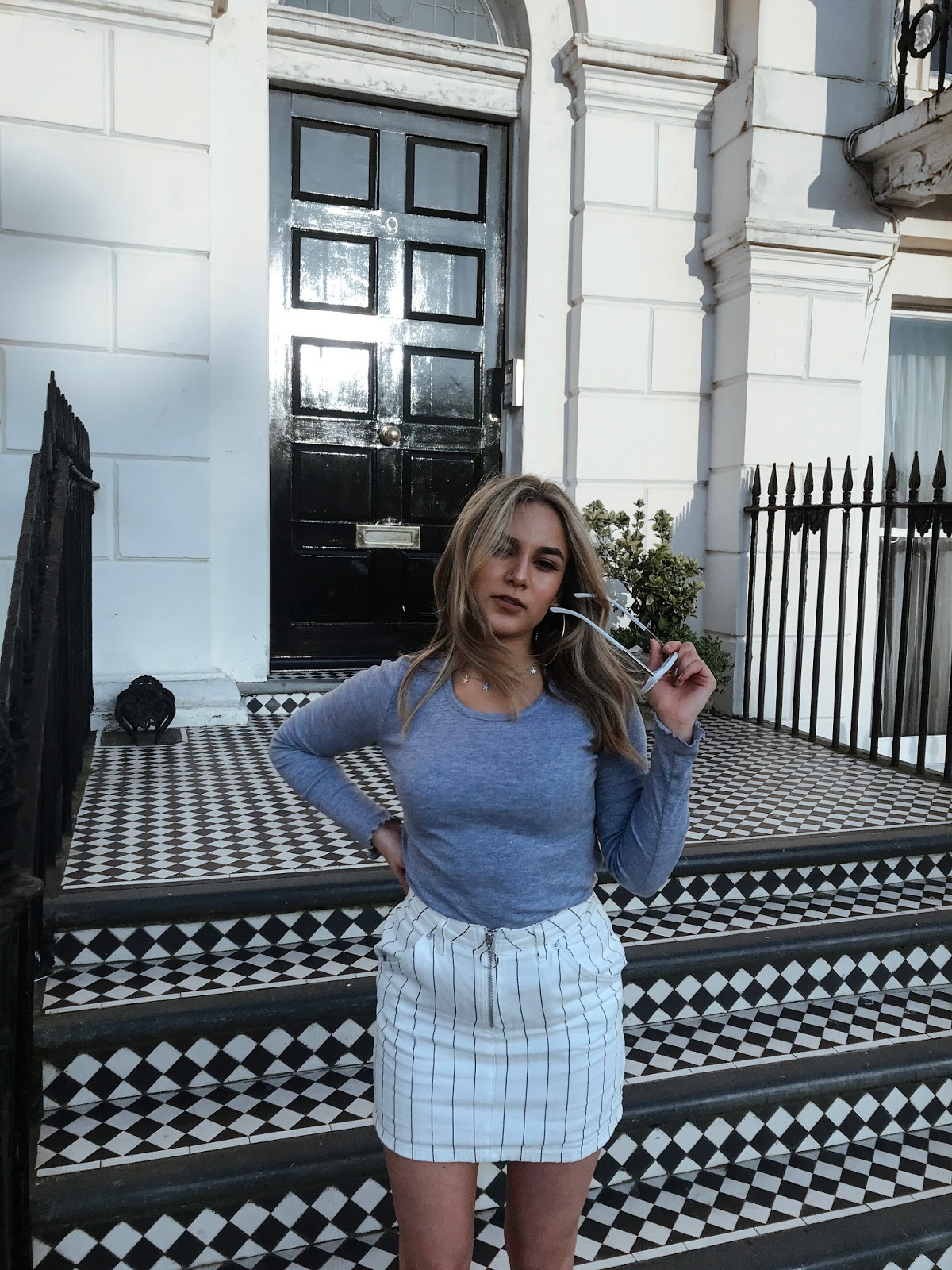 I don’t see blog post schedules as something you absolutely must have, but there are undeniable benefits to having one, especially when you’re just starting out. I found it tricky to think of more to go in ‘the bad’ because there’s not much that’s actually bad with having a blog post schedule, it’s more about whether or not it is a necessity – which it is not. If you can do a schedule and you’ve accumulated enough blog post ideas to keep you going for the first few weeks of it, I’d say go for it. 100%. But I will also say that if you have to miss a day of it because you’re out of ideas or don’t have the right pics or are busy with other stuff then skip it and don’t beat yourself up about it. The problem comes when you beat yourself up about it, you’re too busy worrying about not having kept to your schedule for one day that you waste time you could be creating new content and end up missing the next few days until you end up giving up altogether. When I miss a day of schedule, which has happened twice since starting and both in the last month (I think), I just allow it to happen, don’t think anything of it, and prepare for the next coming day of my schedule so I’m ready with a proper post. Another thing to keep in mind is your stage in your blogging journey, when you have a loyal base of readers, no matter how big or small, you know you can post slightly more sporadically but people will still be there to read it. If you’re just starting out it’s a good idea to not start posting until you’ve gathered ideas to last you a lil while so you can put them up regularly enough to acquire readers. And even then, if you don’t care then don’t do it. The best thing about blogging, of all online and social media ~influencing~, is that it’s all yours with no rules. You’ve got control so you do you babe. It’s important, but only if you give it importance. 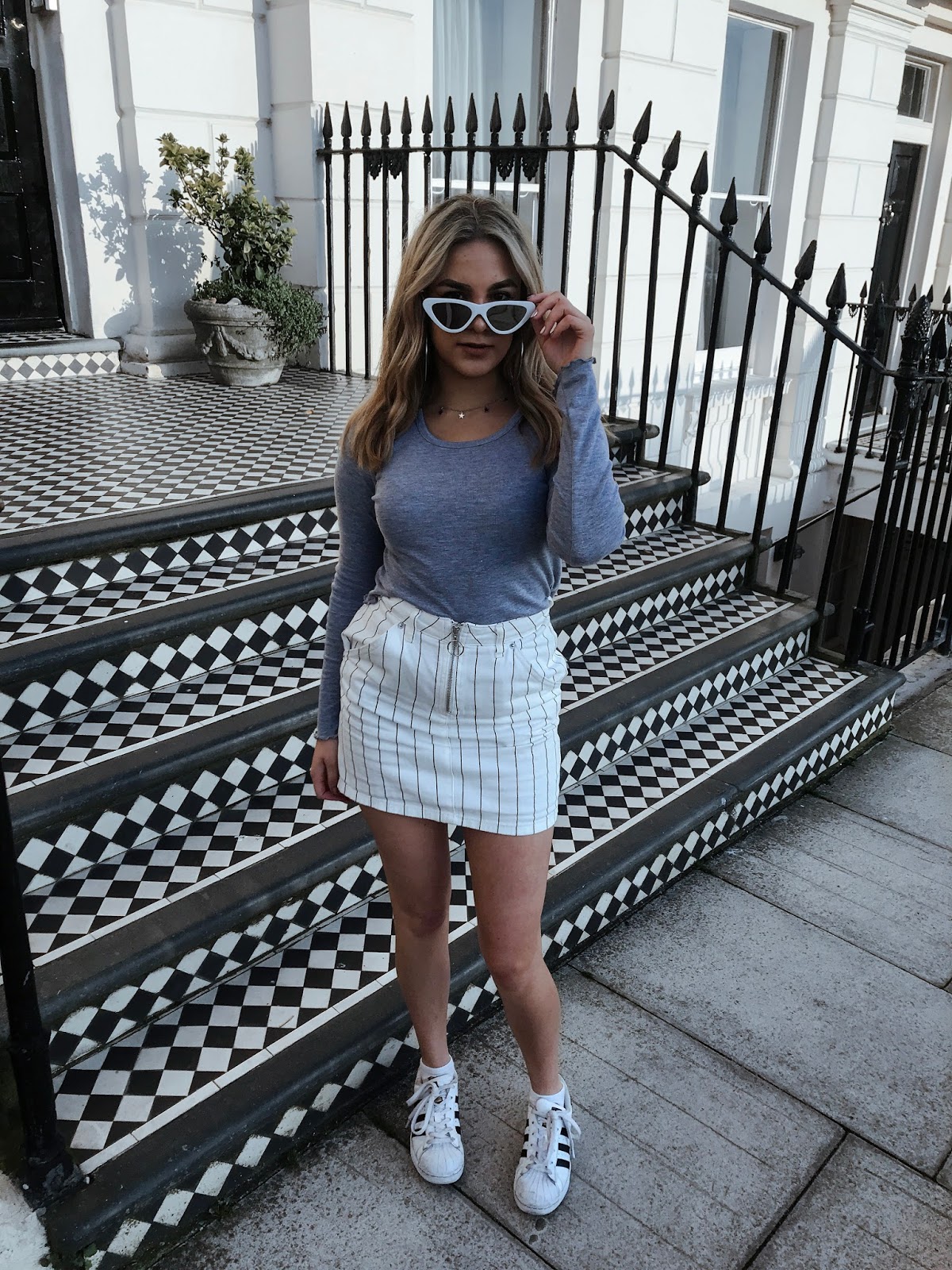