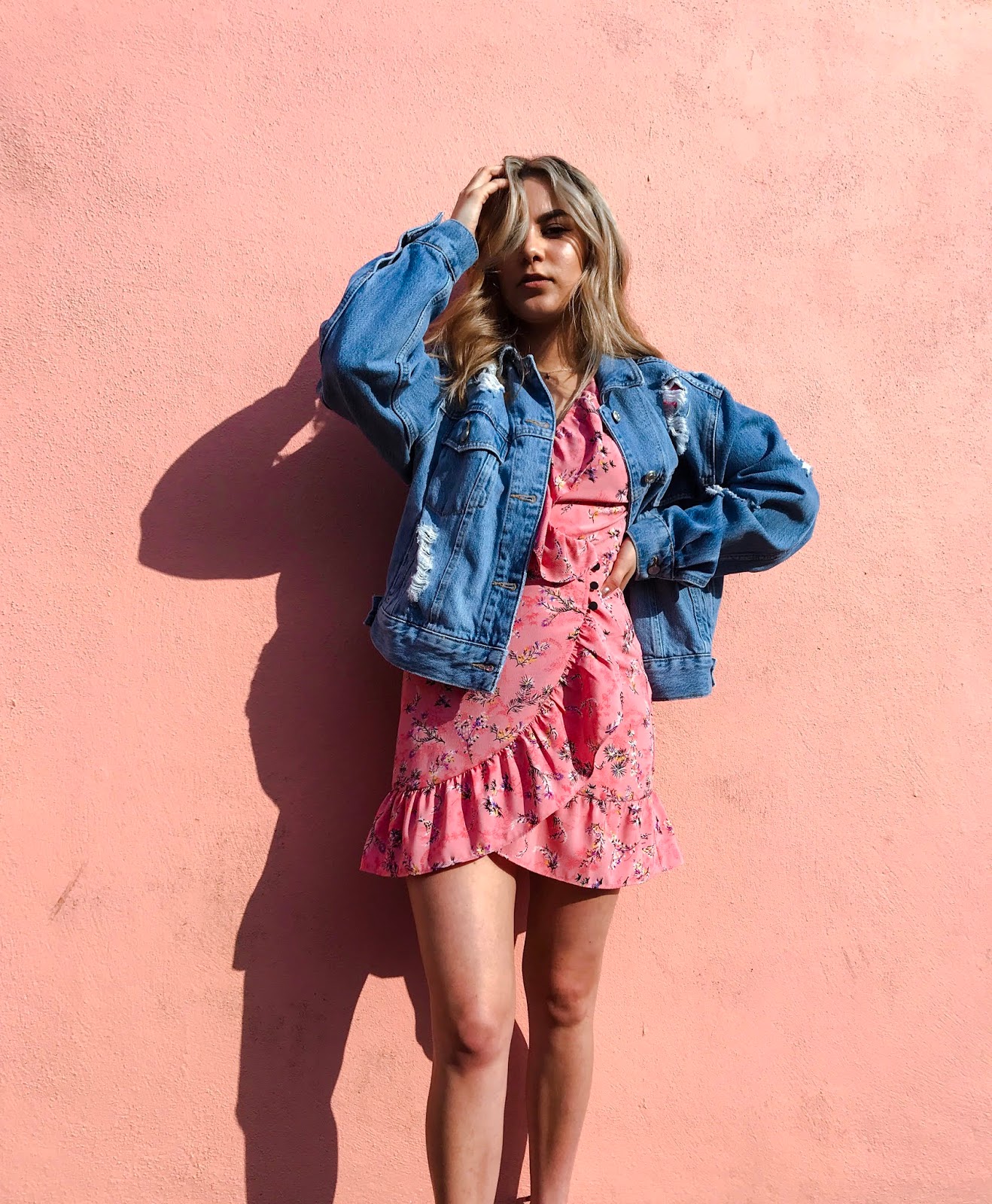 So I sat down to write this blog post a week or two ago, whilst still mid exams and revision, but abandoned it after it had been fully written and the photos had been edited and all I needed to do was put everything together, because if we didn’t already know, I’m indecisive and impulsive af. I’ve been planning blog posts in my phone notes over the course of the last couple months that I’ve been unable to regularly blog, and this one came up very naturally because, ykno, I was feeling like a fraud. And I still do. Let’s also get the disclaimer out the way – I am not out here throwing a pity party for myself, I’m just feeling like a massive fraud. No clickbait. No controversial, attention-seeking claim. Also, most importantly, no pity wanted here. 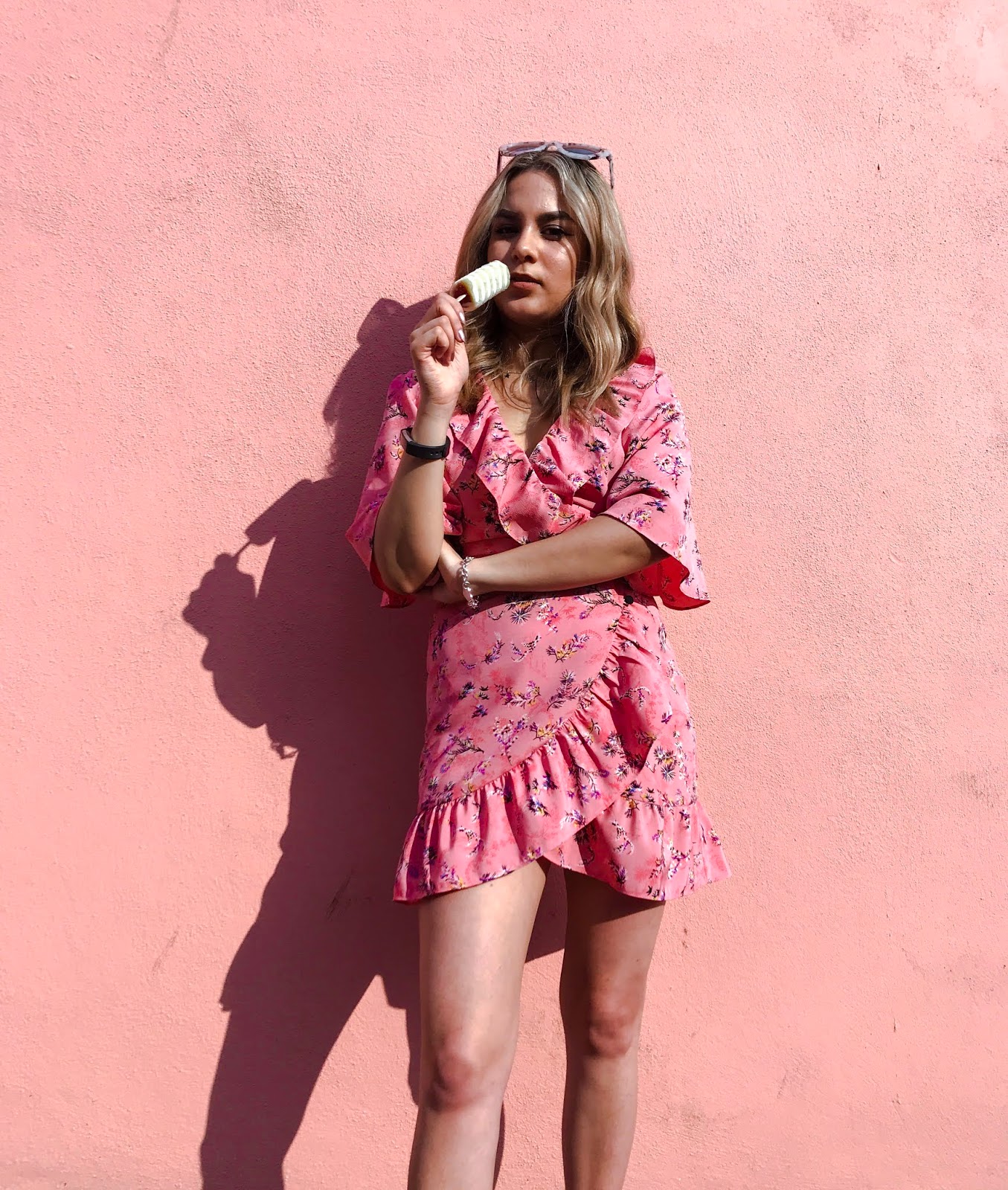 There were a few things that started building up to contribute to me feeling like a fraud. I’ve already joked about this on twitter and this blog, but over Easter I wrote a post about juggling blogging with uni, because I’d been handling it so damn well in the semester in between Christmas and Easter, and then I stopped as soon as I came back after Easter. This was the first strike. Then I wrote a blog post about handling stress when it’s the type of stress you can’t drop, which ofc in my life at that point referred to exams and deadlines. I still stand by this and had been using it the whole way through, but as it got way way way closer to each exam I couldn’t not stress and didn’t have time to chill out. Though, I look back at that post now and I was still abiding by each rule and probably didn’t realise it because I wasn’t letting myself think about anything other than what a mess my life was. This was strike two, and prompted me to plan this post. Strike three, which prompted me writing the first version of this post that I then abandoned was when I started losing revision motivation and sat in my room doing nothing but google searching gifs of Rafa saying hello everybody guys. In case ya didn’t know, I had five exams over three weeks but in the same two things, so after I’d done the first two I started to lose motivation because I’d already learnt most of it off. I felt like an even bigger fraud because at least I wasn’t blogging due to a vvvv valid reason, I was spending almost every waking moment revising, but then I started to let it go a bit and gave myself more breaks and started finishing up earlier for the day, and when I was sat in my room doing nothing I felt like the biggest fraud because I didn’t even have an excuse any more.

I haven’t been wanting to schedule tweets to certain blog posts, and sometimes not at all, because I felt like I couldn’t. I felt like because I wasn’t blogging, I shouldn’t be sharing my posts as if I still was. Ofc we’ve seen that I continued to schedule tweets every day because it’s how I get the most traffic and ya know, survival. I haven’t been scheduling certain posts, like the juggling blogging with uni one, because I feel like I’d be a hypocrite if I did, even though at the time of writing those posts they were 100% true and honest. I’ve not been wanting to post to the ‘gram, and I haven’t much at all, because I haven’t had time to take outfit photos and I don’t want to keep recycling old ones as if they’re recent and pretending my life is full of me running around central Hove with a coffee in hand, my fave outfit on and my hand touching my hair like I don’t have a care in the world. 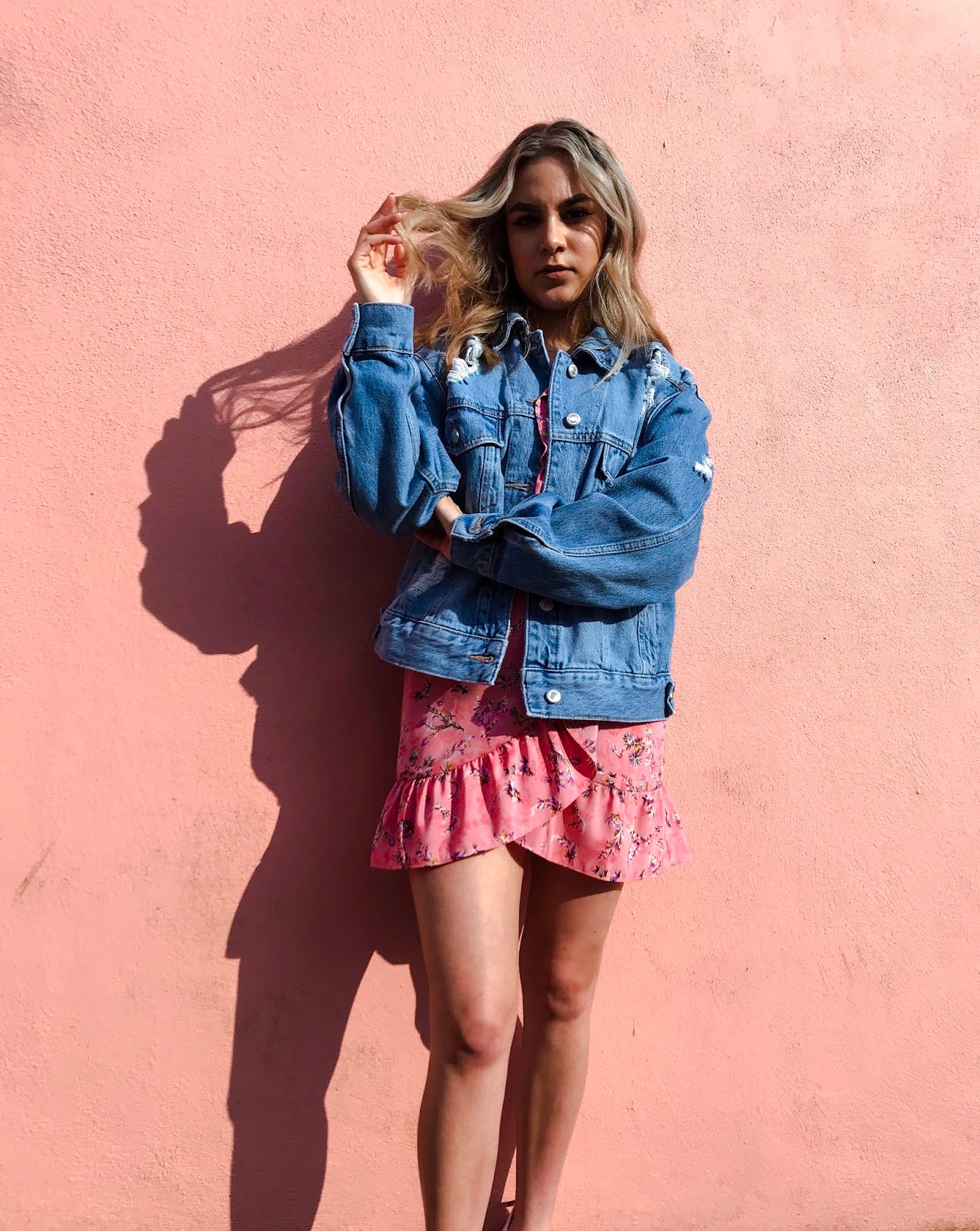 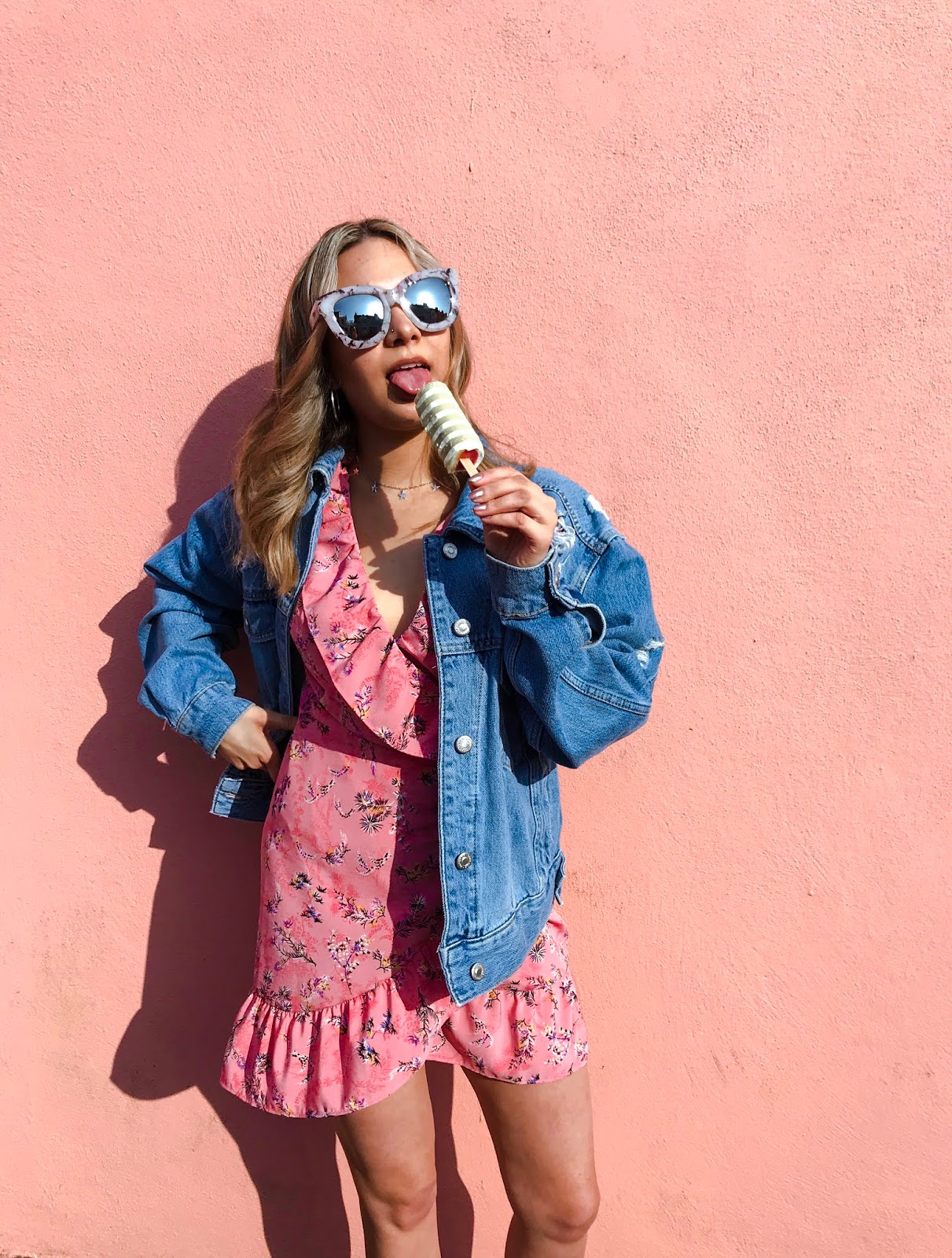 I’m not even sure what I’m out here trying to achieve with this blog post but what would this blog be without me thinking or feeling something and then deciding oh hey why not put even more of myself and my feelings on the internet!! But I reckon getting it out there now before I get back into the swing of things re blogging will help me get over it and move tf on so I can spend the Summer creating content. I wrote a lil while ago about the difference between bloggers’ irl and online selves and how, if you’re having a shit time irl, it’s gonna affect your blogger presence, and this links to the current fraud feeling. If I’m feeling like a fraud, I’m going to struggle to blog and if I’m struggling to blog, I’m gonna feel like a fraud. Can you say vicious cycle? Sure, I planned a ton of posts in my phone notes whilst I was revising so that when I was done for the Summer I’d have a ton of ideas to write up to get me going again, but I’m one of those people who can’t pre write because I have to write what I actually feel at that moment in time, so some (lol most, if not all) of those post ideas don’t resonate with me right now. Maybe they will when I get back into some sort of routine here and settle back into my home life and, you know, sort my life out. Not to be dramatic. 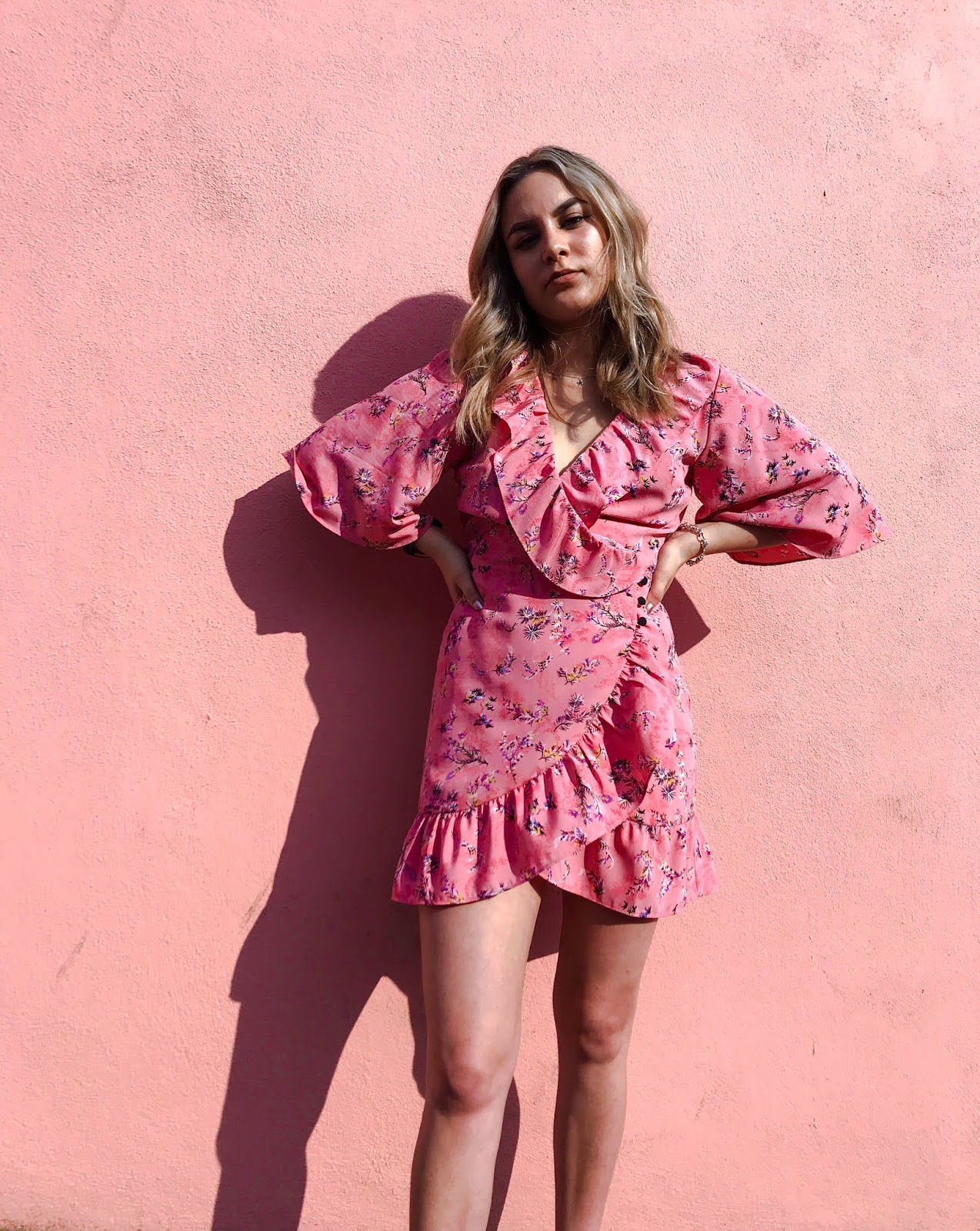 Turning this into some sort of positive and trying to resolve the issue, because I’ve gotta give something back and not sound like one of those people who make Facebook statuses about feeling down and shit but then reply to everyone’s ‘what’s wrong?‘ comments with ‘nothing don’t worry‘ (the worst!! sorry absolutely not fuckin sorry), even though I’m now home I haven’t been able to go and shoot new outfit photos or do that much to have new things to write about. These pics? About two months old mate. Also, the weather has been pretty non-Summer like since I got back, and that’s the biggest mood killer. But I’m going to start shooting new pics again, seeing my pals, going to a lot of tennis and living my best life again very soon – let’s be real, today is my third proper day back so I can’t expect to have got enough done for the blog yet even though I’ve been busy. My blog rebrand and WordPress migration is imminent, I have never been more excited. When the brand new yasmin stefanie dot com (told ya I can’t stop calling it that🙄🙄🙄)  is here and I have new Summery outfit photos taken in bulk then ya girl will be back better than ever, but I thought I’d at least admit this fraud feeling so I can move on from it and let y’all know why it’s been quiet on the ‘gram front and how I feel about certain past posts of mine. 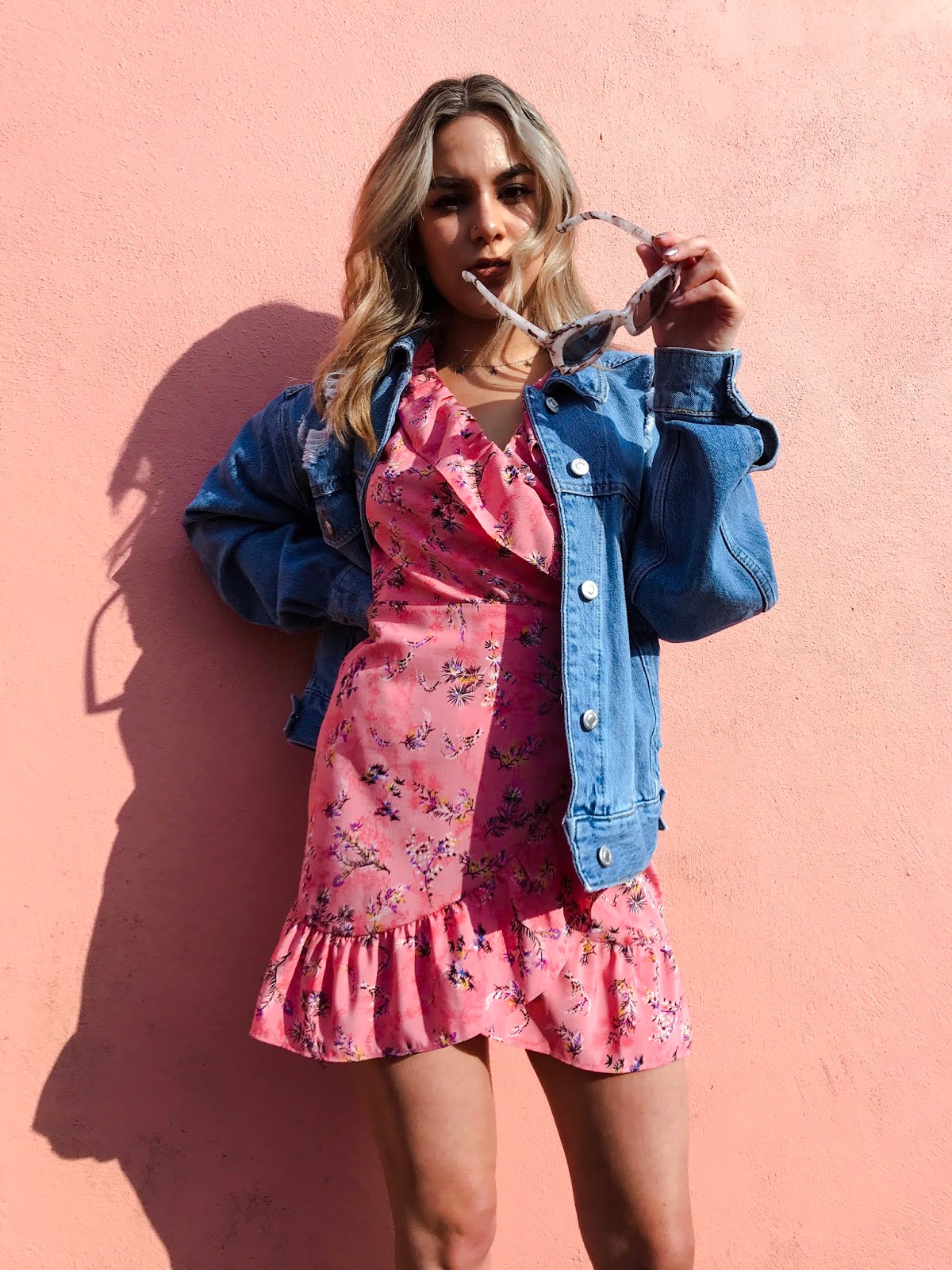