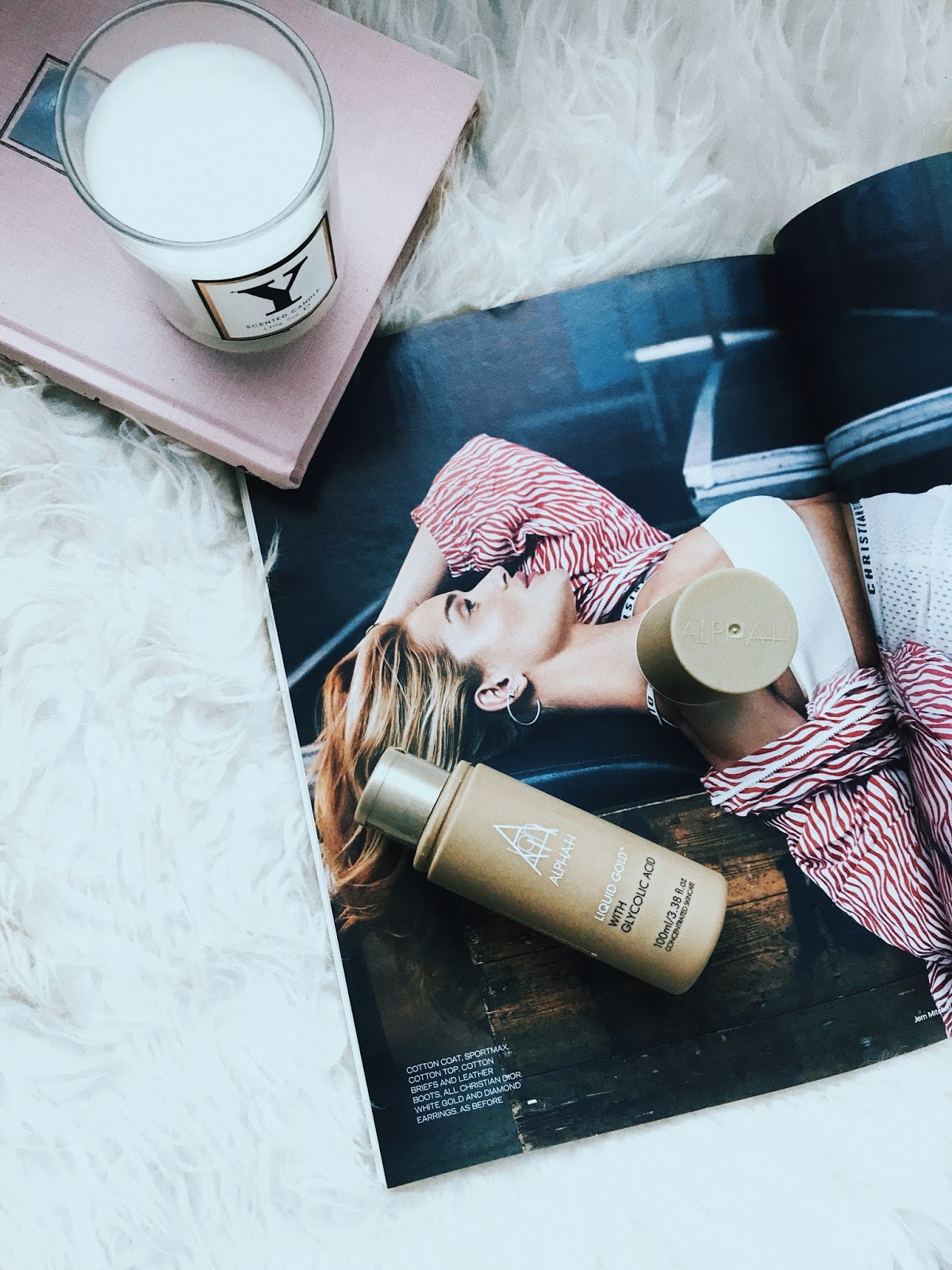 Hey, hi, hello. We are back on yasminstefanie.com with a bit of a new vibe, a vibe of consistency. I silenced the blog for a couple of weeks in order to get myself and my content sorted and ask you all what you wanted to see and when you wanted to see it before I actually embarked on this schedule which starts today.

So a very quick catch up of the few slight changes on Yasmin Stefanie and the changes to hopefully come:

And in summer we have a potential yasminstefanie 2.0 – if I can keep up this consistency and schedule a good 90-95% of the time then I’ll be rewarding myself with a WordPress migration and all new look. It’s already planned in my head and it looks fresh so I’m super motivated to be consistent and prove this blog is actually taking direction enough to the point where I need to move to WordPress.


Now, onto what you came here for. The only skincare product you truly need. Alpha H Liquid Gold is one of those products I saw being thrown about as recommendations on blogs and by bloggers on social media but whenever I Googled it I thought 1) I cannot afford to spend £33.50 on a frickin acid, especially when I knew I was quitting my job to move to uni and 2) one of its things is helping with anti-aging and I always think that if I’m going to spend money on skincare I’d rather it target impurities of my still teenage skin (this is my last year of being a teen and it BETTER be my last year of having the skin of a teen) than anti-ageing as I am still only nineteen.

However, upon seeing some people’s skin ~transformations~ after using this product, I noticed how their skin became clearer and thought wow, ok, maybe I gotta get my hands on that. Anti-ageing is a damn good property for a skincare product to have and you can never start too early – starting early is how you avoid it, not starting once it’s actually happened, but once I saw that it had the potential to clear up what I had dubbed ‘the group’, a group of little bump-like spots from the bottom of my left cheek curving round to part of my chin, I knew it was the game changer everyone said it was.

Of course I still had the cost dilemma, did I want to spend £33 to try out a product just for it to possibly not work for my skin? Now, I don’t know how you’re going to work your way around this one the way I did because sky mall stock changes often and Monarch don’t even exist anymore but I knew it was fate when I hopped on my Monarch flight to Mallorca at the end of August last year and saw a smaller, 50ml version of Liquid Gold for £20, and upon paying for it learnt there was 10% off that day so I got it for £18. Now, sure, it’s actually more expensive per ml than the £33 100ml one but I thought it was good just to try it out.

I understand this is not the opportunity everyone will find themselves having, it’s pretty much the £33 full size or nothing. If you don’t want to commit the way I didn’t, try find a smaller version in a kit like this one (£30 for four mini size Alpha H products including the Liquid Gold which means it’s only £7.50 per product) or this one (£44 for five mini Alpha H products so £8.80 per product), or deals where you get the full size product plus an additional product for the price of just one.

ANYWAY, now you’ve figured out how to afford it maybe we should get onto why it’s the only skincare product you need. Who needs prices when you don’t even have a reason to buy it? Nice structure choice from ya girl there.

It is magical. I have no other way to describe it. Not a single skincare product, no matter how fancy or expensive or promising, has actually had the power to get rid of impurities from my skin and clear it up. Don’t get me wrong, it’s not going to leave you with the smooth, pure skin of a newborn but you’ll damn well see a difference. ‘The group’ practically disappeared, I was so used to them sitting on my face all day everyday and as much as I hated them it was pretty weird to see them gone. I took a photo the morning after applying Liquid Gold for the first time and, yes, I still have some lil bumps scattered over my face because I’ve had them since I was twelve, but if you saw my skin any day prior you’d see what a dramatic improvement it was. I tweeted the pic, put it on my Insta story and had some DMs from pals who knew what my skin looked like before and were shook. I’ll include for reference – and no it’s not ~on brand~ filtered because ya girl gotta show the legit results. Never thought this would wind up in a blog post. 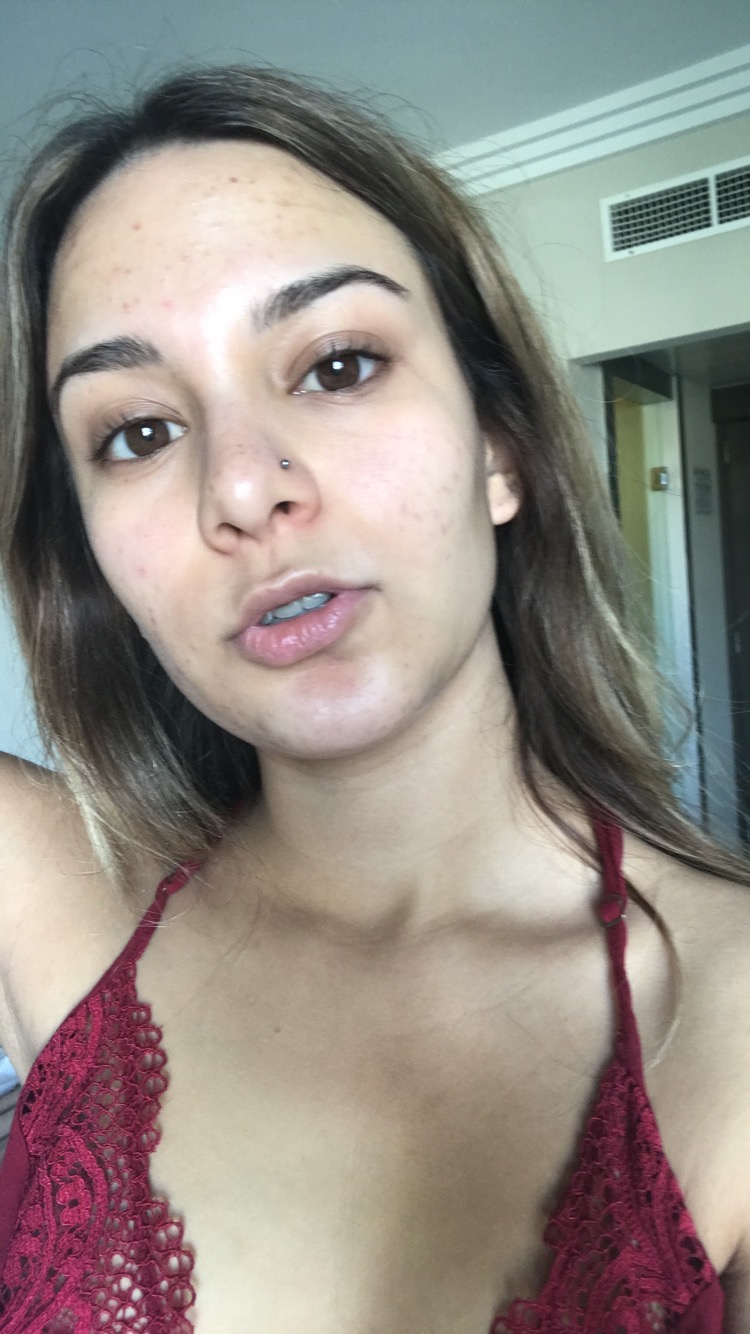 Less than a week before, I’d had a massive red spot on my right cheek which had still been going down slowly but vanished into nothing but a hint of redness (you can see it in the pic). The night before, I’d had tons of bright red bumps all over my forehead and majority of them has disappeared. And ‘the group’, oh my gosh, the group were no longer an actual group. The side of my face you can see most of in the pic is the one the group was on and there’s just a bit of discolouration on my cheek where the group had been before. And I was GLOWING, the proper lit-from-within thing.

From then on, my skin was in the best condition it had been in over a year and still is. I do have to owe some of that to the fact that during the first week of using Liquid Gold I was in the Mallorcan sunshine having my skin clear out naturally, and a week later moved to Bournemouth where the water is less harsh than Brighton, so my skin doesn’t break out anymore. The latter part is a joke, I have not had a single spot during my couple months in Bournemouth so far but the two times I’ve properly come home I’ve had a huge breakout at the start because the Brighton water is so rank and chalky.
In short, the variables in this experiment did change which did have some effect but the visible difference Liquid Gold made in one night was all the evidence I needed. Even now, if I go a night without using it (it’s meant to be every other but I do every night) my skin goes to shit a lil bit, and if I’ve had a heavy makeup day and my skin is looking a bit poorer in the evening when my foundation et al comes off, a night with Liquid Gold sees me wake up with my skin totally back to normal.

My lil 50ml sky mall find lasted me four months, and probably would have lasted longer but by Christmas I knew I was getting a 100ml so just used extra product from my little one to get it to run out so I could use the big one. If you get the full size it will definitely last you for the most part of the year, if not all of it. Like I said, I use it every night despite the every other night recommendation so using it every other night will definitely give you a whole year’s use in one 100ml bottle.

TLDR: So, why is Alpha H Liquid Gold all you need?

So there we have it, if you only every buy one skincare product, which is pretty unrealistic so let’s look at it like this instead – if you only ever splash the cash on one luxury skincare product make it this one. I’m still not quite sure how a little bit of acid on a cotton pad swiped over my face can transform it the way it does but I’m just going to stop questioning it and start throwing my money at Alpha H.

Have you got a holy grail, life-saving, game-changing skincare product? Let me know what it is!