Not to sound like a middle aged businessman giving a keynote speech about millennials without actually being one himself and just guessing what it is the ~cool kids~ are doing these days or condemning the ~ungrateful youth~ for killing off or ruining something, but is texting officially dead? And I don’t mean in the iMessages-and-Whatsapp-have-killed-off-the-green-bubble-texts-and-if-you-still-have-a-green-bubble-when-I-message-you-then-why-am-I-even-speaking-to-you way, I mean texts, iMessages, Whatsapps, Facebook Messanger messages, the lot. Are they all dead? Or, at the very least, dying a slow and painful death?

I’ve just read a piece from Refinery 29 about how voice notes are becoming a better and more popular form of communication than texting – the happy medium between an impersonal text and a too-personal and intimidating phone call. I am a serial voice noter, especially to friends of mine who I don’t see often because they don’t live near me, so I am all for the rise of the voice note and that’s why I ended up reading the R29 article.

I’m not one of those gals who is too scared to get on the phone – in fact, if anything, I love people who won’t think anything of you calling them outta nowhere and without warning and who will pick up as normal and have a good chat with you, but people like that are sorta hard to find now. Getting on the phone isn’t the issue, it’s finding the time to get on the phone. Voice notes are an 11/10 compromise because your friend can just listen to it whenever they’re free if you’re unable to call them at that moment in time but absolutely need to tell your story to them right now. Voice notes are perfect in instances where the thing you want to say is too long and too much effort to type out. Voice notes are so much more real, I sent one to one of my friends a few weeks back and actually started crying halfway through because when you say certain things aloud they start to become real, or you really start to deal with them and come to terms with them, and the voice note might just capture your real reaction to it. Also, I just cry a lot at things not worth crying over. Lol. Voice notes are also better than a phone call because there is zero interruption. You could be on the phone trying to tell a story but you mention a person or a place that sets the person on the other end of the phone off on their own anecdote relating to it, but in a voice note you get to structure your story or anecdote or argument, the recipient listens to it in full, start to finish, then gives their own fully, constructed response in return without you interrupting them. So, the TL;DR here, voice notes are bloody amazing and it’s no wonder we’re starting to use them over texting nowadays. 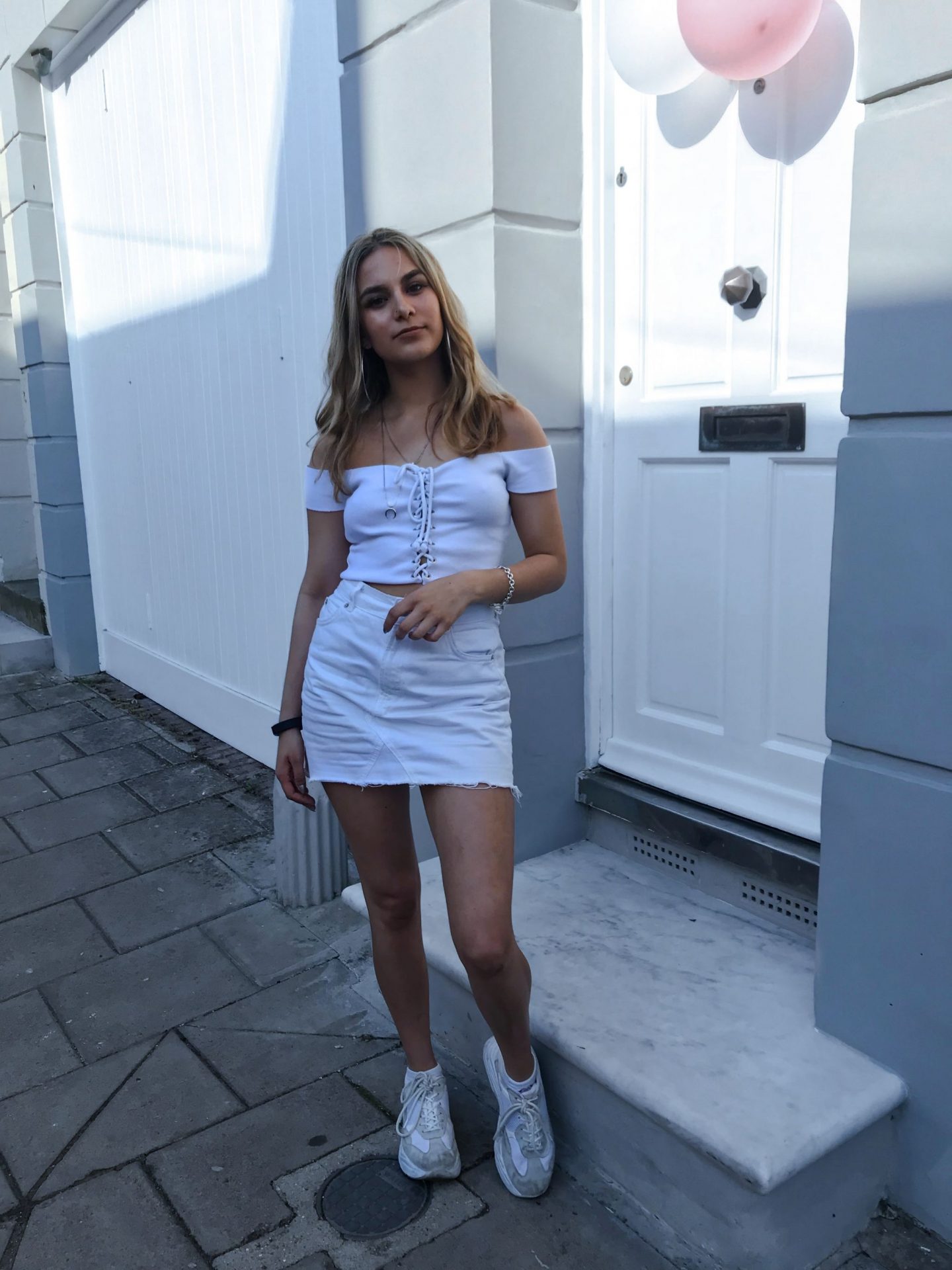 Onto another one that Refinery 29 didn’t mention – the daily vlog. Ok, I call it a daily vlog, as do my friends, but I mean a Snapchat video of you talking to the camera that you send to your friend as if you’re speaking to them face to face. Fuck me, I love a daily vlog. I send them out like there’s no tomorrow. Honestly, sending daily vlogs to my pals makes me want to actually start vlogging on the side of this blog but, like, yeah nah. Daily vlogs are even better than a voice note, I will find any excuse ever to send one. Some Jehovah’s Witnesses came to my door and stuck a leaflet through? I’ll send out a daily vlog about it (this really was one of mine last week). If I just want to say something to someone or ask them something, why text it when I can ask it with a demanding or angelic puppy-eyes look on my face to really emphasise my request? I’m pretty sure daily vlogs helped my revision too – something becomes pretty memorable in your mind if you’ve sat in your room filming a Snapchat video asking or explaining something to your pals or receiving a daily vlog explanation in return. Try it next exam season. It really works, I swear. Daily vlogs (ok, sorry, you’re really going to have to read daily vlog as Snapchat video here because I can’t not call them daily vlogs, it goes against every fibre of my being) are a step up from the voice note. Why just hear the tone in my voice when I’m saying something when you can also look at the expression on my face to get a better understanding of how I feel about what I’m speaking about? It’s even better when you have no poker face and like to emphasise everything and be over-dramatic, like myself. And if you’re talking about something in particular, you can actually show them what it is in the video so they can get the full picture. It’s basically a face-to-face conversation without needing to carve out the time to meet up with someone when you’re both busy and, again, there’s no room for interruption because you’re taking it in turns to send, watch and reply to each other’s videos. It works well when you have one particular burning question but don’t need to sit and have a full on catch up or chat with someone. Just discuss the topic in a couple of daily vlogs and move on. Perfect.

Then, of course, we have phone calls and FaceTimes but as I’ve already mentioned, these can be intimidating for some, too time consuming, and need both or all parties to be available at the same time. I do bloody love a good FaceTime call though, especially ones where you can have your catch up but then they just sit in silence whilst doing their makeup so you can carry on watching the tennis in peace. Yep, this is another one I’ve done recently. To me, texting was the step away from calling someone on the phone, and now sending a voice note or daily vlog is the step away from texting. And I’m not saying to start sending vids on snap to your boss telling them you’re going to be late because the train is delayed and then flipping the camera to show the departures board confirming that, yes, your train is actually delayed and it’s not some bullshit excuse to cover up for the fact that you overslept after your cocktail date the night before. 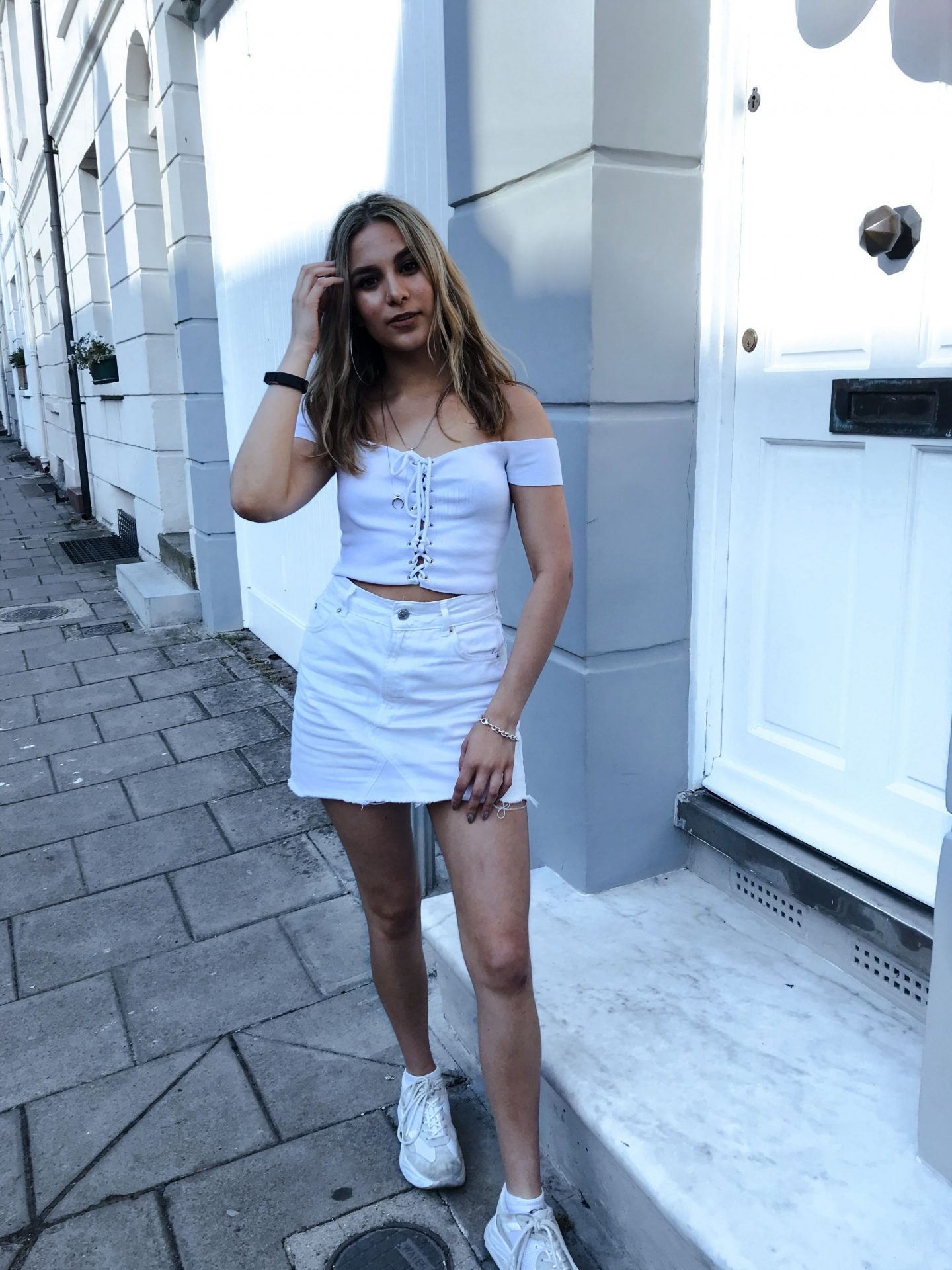 Even with all of the voice notes and videos in the world, is texting really dead? The group chat is making a good case for why texting will never die out, though it may evolve to a group situ where you all send each other memes and screenshots into the chat then have a good old gossip about them, plan your next night out or holiday together, or just out of sheer convenience so you don’t have to individually message each of them.

As much as I love sending voice notes and daily vlogs, I won’t send them to just anyone. I will find any excuse to film a daily vlog and send it to as many people as possible but however many people I send them to, I will never send them to just anyone. If you receive a daily vlog from me, consider yourself completely trusted by me if I’ve allowed you to watch me mid conversation when you can catch me in a really ugly angle or in some really unflattering light. This is why I’ll still text because girl, you are not getting a video from me if I don’t want you to see me at my worst.

Texting, in its traditional one-on-one sense via any type of messaging platform does seem to be dying out in friendships, especially in my friendships, because why text someone when you can send them an ugly Snapchat selfie and write over it, rant to them about your day in a voice note or shout and roll your eyes in a daily vlog? Texting someone like your boss, your mum or your PT doesn’t seem to be going anywhere though. It’s funny, emails used to be sent back and forth to your friends during Yahoo and MSN/Hotmail days, sending bright fuchsia comic sans text with some weird emoticons that look like btec emojis used to be a thing, but as we moved onto texting and messaging platforms, emails became reserved for professional situations. Now, we can get away with sending a text, albeit a formally-worded one, to our clients, managers, estate agents, but texting seems too formal, impersonal and generic for our friends, which is where texting is really dying out. We trust our real friends enough to let them catch us in some unflattering pic or video on Snapchat, we don’t talk to boys in texts anymore, but we’ll still text our boss to tell them that no, we can’t do overtime tomorrow because we’re going to stay in bed and watch Gossip Girl on Netflix all day – ok, we’ll omit certain details.

So is texting officially dead? Obvs not. I’m just over-dramatic and, also, it is worth asking the question. Texting my friends is pretty unusual for me, it feels weird af if I’m texting a friend because if someone is my friend then I’m going to be sending them twenty snaps a day and the odd ten minute voice note when we haven’t spoken in a while and I have a lot in my life to update them on. I’m not going to stop texting, but if I look in my recent texts the people at the top are my parents, my PT, and Specsavers telling me that my contacts are ready for collection, and those are all in the last week or so. If I look in my Snapchat, the people at the top are all my friends and the last thing I sent them was about an hour ago. And if I look in my Whatsapps with Becca, you don’t wanna know how many 15 minute long voice notes I send her. And, most importantly, I will never stop the daily vlogging. I bloody love a daily vlog, have I mentioned that yet?