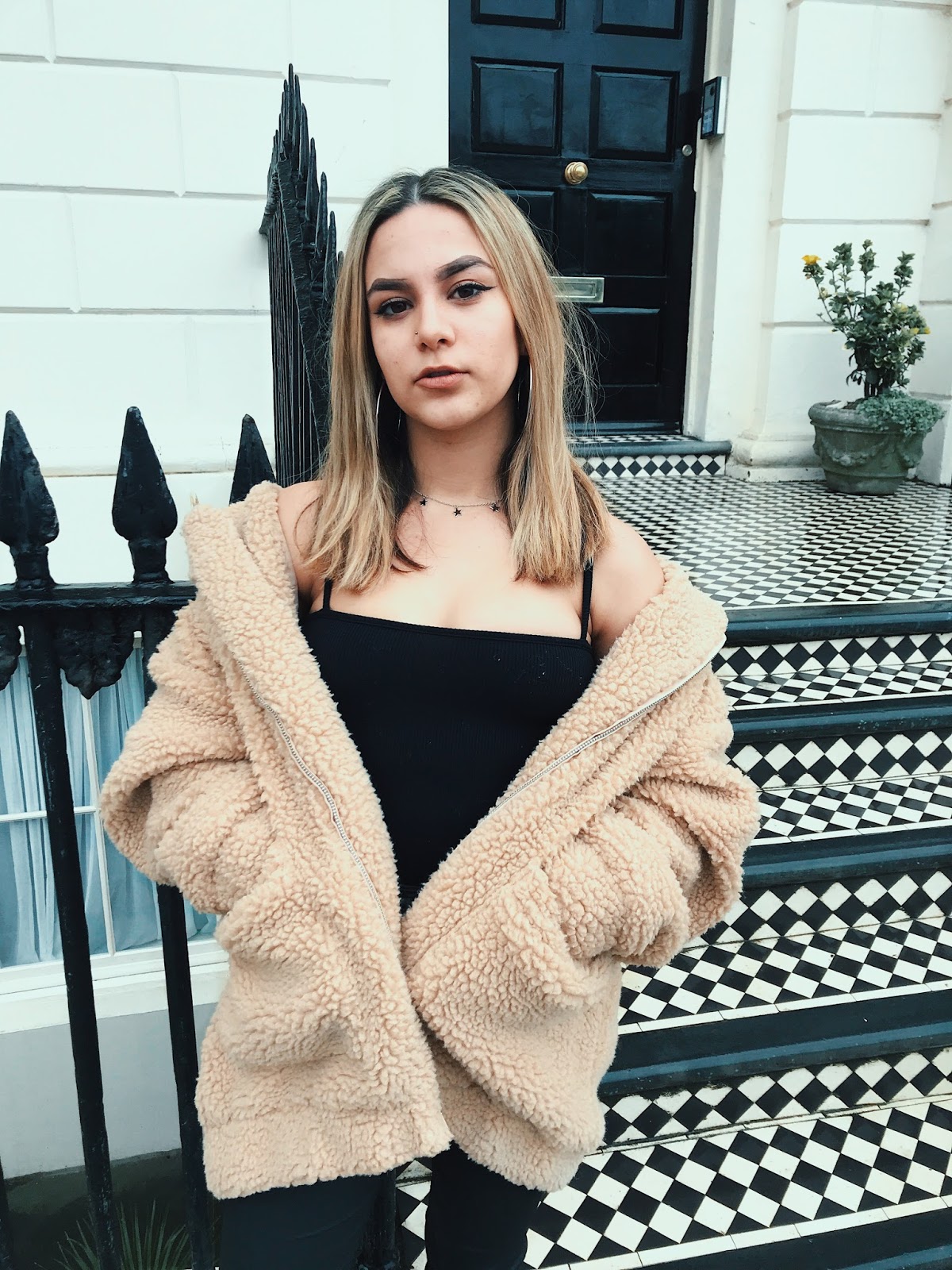 Discourse in the fashion and blogging industries has, as of late, focused on the lack of diversity in each respective industry. This lack of diversity covers race, class, body shape, age, identity. We’ve seen countless blog posts about it, from both those who fit the mould and those who don’t.

We all know that most commercial bloggers fit the mould of a white, slim woman who has a comfortable disposable income. There’s nothing wrong with these people having success (depending on your definition of success whether it be followers, collaborations, campaigns) the problem is that bloggers who don’t fit this mould often do not see the same numbers of followers and opportunities.

Who does the problem lie with though? If we were to place blame on someone for the lack of clear diversity in the blogosphere do we blame it on brands for not choosing to work with a diverse range of people? Do we blame it on ourselves as readers and consumers of blogs for not following and engaging with more diverse bloggers?

Wherever this problem comes from, what it breeds is insecurity and a lack of inclusivity. POC, those from a working class background, people of a dress size bigger than the bloggers they see being pushed to greater heights, older people, and those who identify as LGBTQ+ question why they aren’t seeing enough bloggers who are a closer representation of themselves, and this can lead to them wondering if there’s a reason for it. 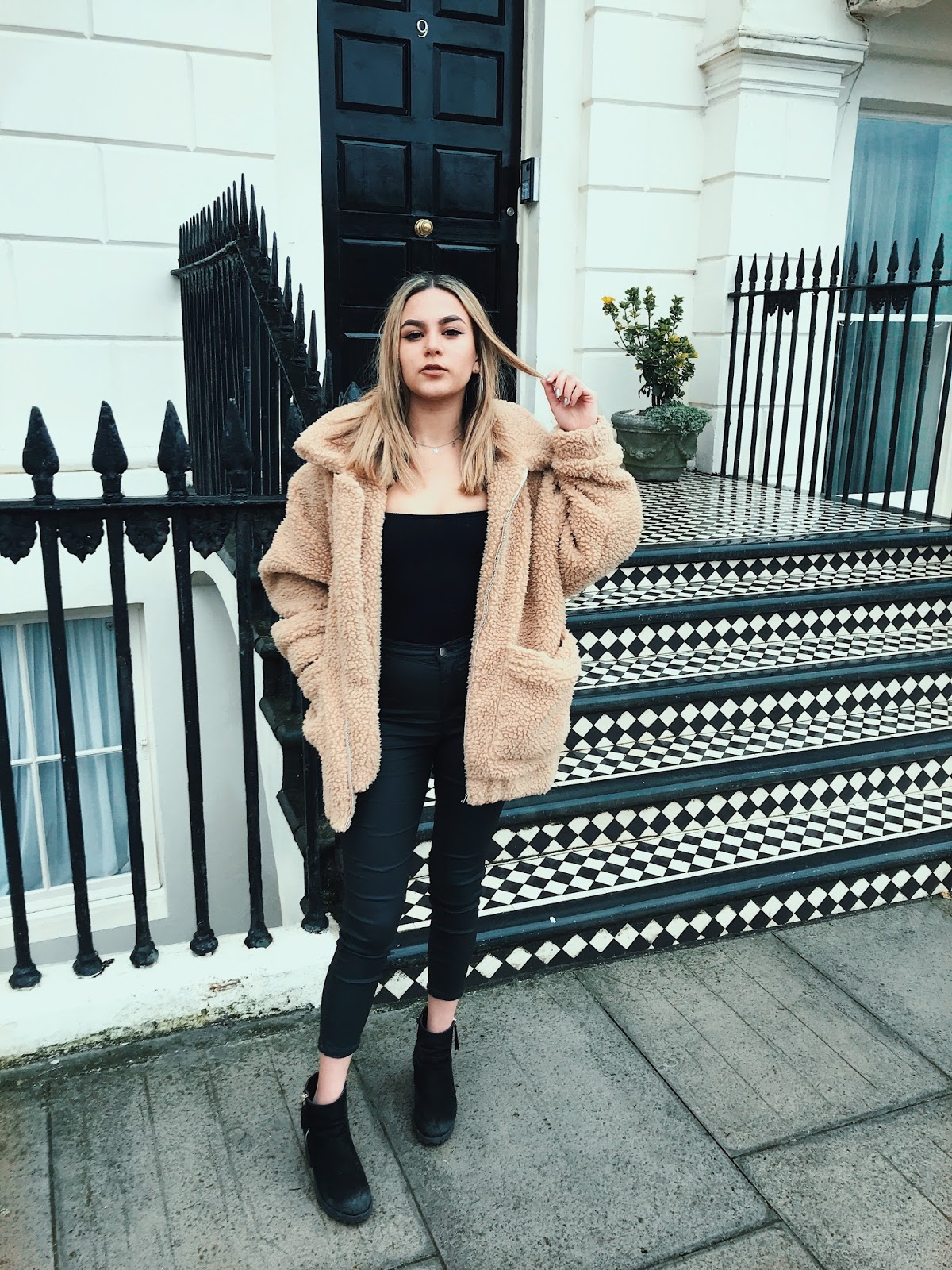 The whole point of blogging is, or was, to break the mould seen in traditional outlets like magazines and some brands’ official website and bring real people (if you want to call it that) to the forefront of the fashion, beauty, lifestyle, travel, food, fitness, parenting, and wedding industries. Yet we are still having this discussion about a lack of diversity in the blogging community.

The thing is, there are so so so many bloggers who don’t fit this mould. However, if you don’t go and try to seek out these bloggers yourself you will probably never discover them. It’s easy to find bloggers through brands reposting them, articles telling you who the most popular bloggers to follow are, features and campaigns on a big scale, but the bloggers featured in these do usually fit the mould. If a more diverse range of bloggers aren’t being featured in these places they get much less exposure and it becomes much harder to find bloggers who are more relatable to you if you don’t fit the mould. 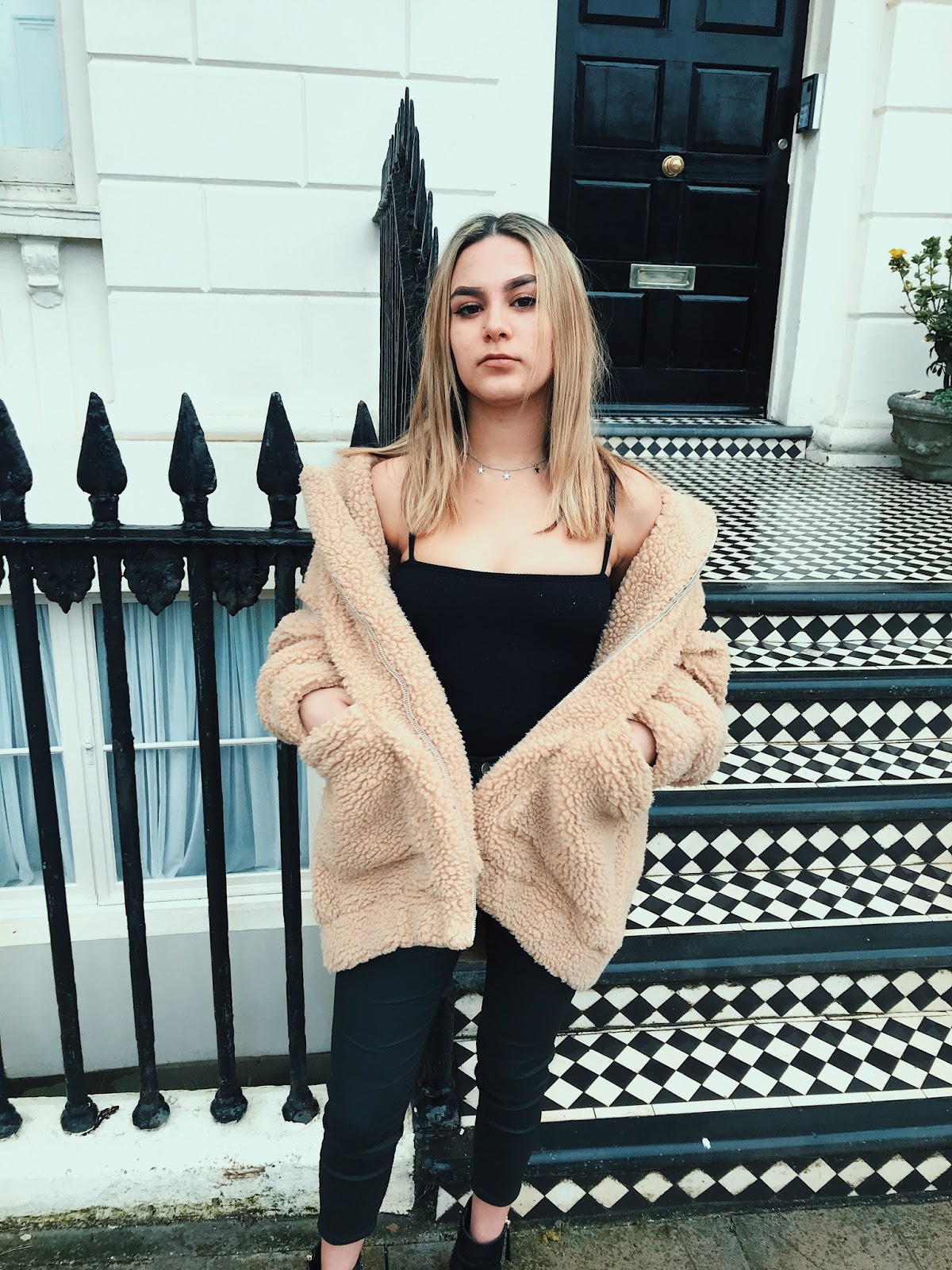 Whilst I myself am not white, a lot of people think I am and wouldn’t question it to find out that I’m not. I’m petite and, whilst my family aren’t middle class, we are comfortable enough to not struggle financially. You could read this post and wonder why I am questioning the mould because you think I am the mould. I don’t, because I know that I’m the child of immigrants and to this day am racially profiled because my surname (it’s not Stefanie if you thought it was that lol) and I’m not tall and I’m a student so I don’t have a proper income. But I know that I’m not unlucky and I completely accept that I face pretty much no adversity compared to people belonging to minority groups, despite the fact that I (half?) belong to one myself – because a lot of people just look at me and assume I don’t.

I still don’t feel like I’m a proper ‘blogger’ though, stepping away from the slim, white woman mould I still feel like I can’t be taken seriously. I am 100% aware that I do not face prejudice in the way that others do, and I am 100% aware that you could place me in this mould based on a matter of opinion, but I know that some people who perhaps could theoretically fit this mould still don’t feel accepted as a legit blogger. To be a blogger, you need to have a blog. Like, that is it. I barely posted on this blog for two years and all my social media bios still claimed I was a blogger. But it’s easy to not feel like one.

I don’t want to take away from the lack of diversity thing at all – what I do want to say is that it’s ok to still feel like you don’t fit in even if you are a slim, white woman. For me, I never feel as though I’m a ~proper~ blogger because I don’t have my angles and poses worked out and I feel like I look a bit not-put-together in photos. I still post my outfit photos because I don’t dislike them to not use them, I just know that with more practice and experience in taking them I can get them to a place I want them to be because as of right now they don’t look the way I’d like them to. I also feel like I’m just the girl who tweets along to tennis matches first and a blogger second and, although this may have been the case for the last couple years, it definitely is not now because I’ve re-prioritised how I want to utilise my social media and online presence. That doesn’t stop me from feeling like I will forever be the tennis tweeter though. But am I facing adversity because of that?? Hell no.

I want to say that yeah it’s ok to feel like you don’t fit in with the figurative blogging ‘mould’ even if you hypothetically could, but it’s important to keep in mind that you don’t face prejudice in the way that minority bloggers do. But I kinda hate that whole concept of making someone feel like they’re not allowed to worry about something / be upset about something because someone else has it a lot worse. And I know that people who perhaps feel similar to me will still also be aware of the difference between how they feel and how those who are under-represented in the blogging community feel. 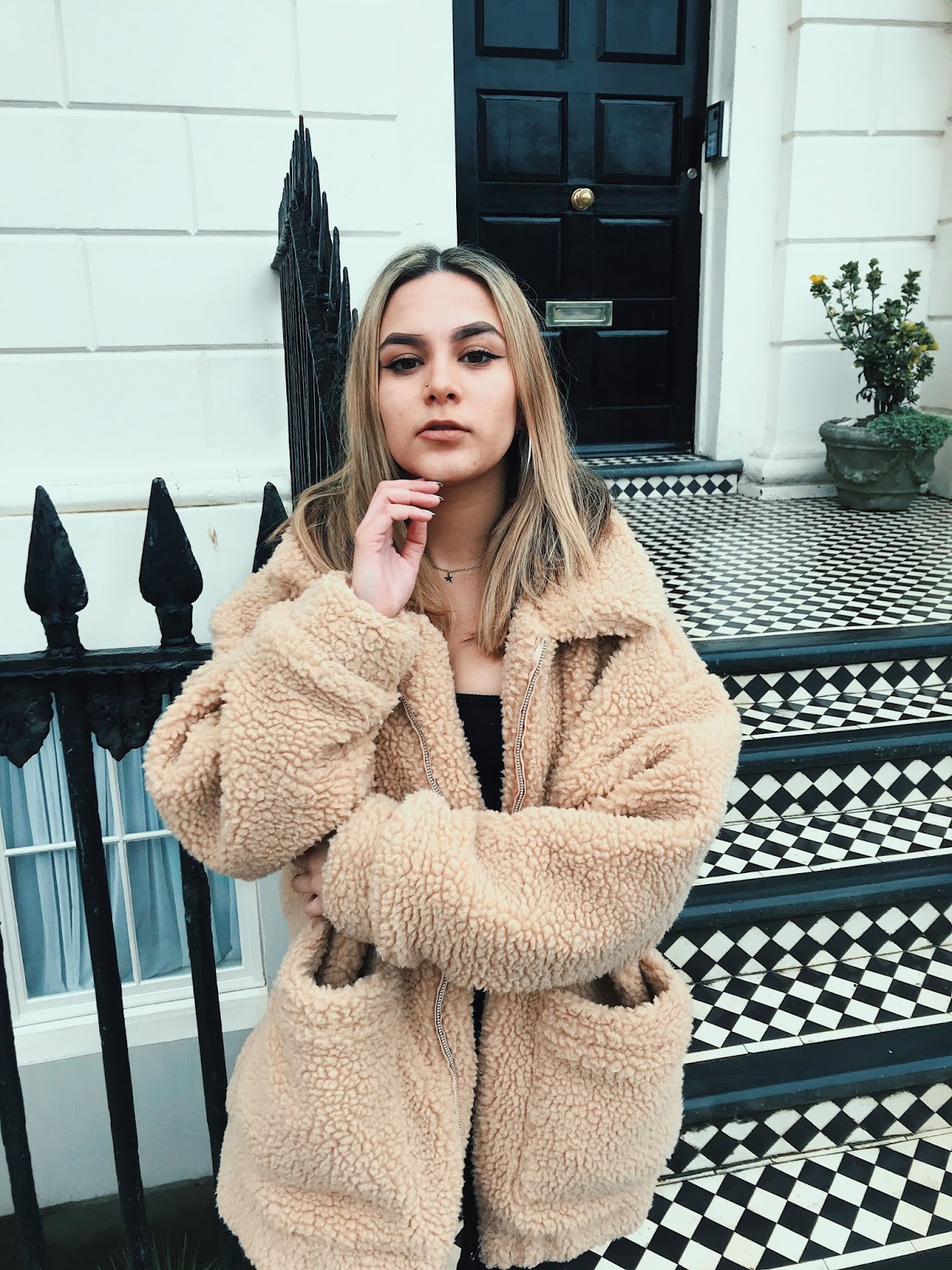 Without a doubt, I recognise that this mould has been created. Perhaps not by those who fit it, but because it is easy to typecast ‘commercial’ bloggers who see more opportunities as white, able-bodied women. I think it is important that instead of bashing bloggers who fit this mould, we work with them so we can all use our voice to question why there isn’t a diverse enough range of bloggers being selected as part of a campaign and we champion a diverse range of bloggers whenever possible. Bringing up this topic to provoke discussion and awareness is something we should all do, but it should be done in a way where we give the issue attention so we can then give diverse, minority bloggers the space to speak for themselves rather than speak for them. This is something we saw recently in the Keeping it Candid podcast (which I love and is great, give it a listen) which discussed a lack of diversity in street style photography following on from this article. The responses I’ve seen in the blogging community to this podcast episode have been understanding and have given space for those in the minority to speak up for themselves, and that’s what we need. After this recent discussion following the podcast that’s when I knew that this lil blog post idea I’d had planned was extra fitting at the moment to keep the discussion going.

Taking all of this into consideration, when you look from the outside-in where your vision of bloggers is perhaps more narrow, you may only be exposed to bloggers who you believe fit a certain mould – perhaps those in the same campaigns for the same brands because they fit the brand’s vive and aesthetic – but you don’t see the bigger picture, the hugely diverse and unique range of bloggers out there.

Do I think that brands who work with bloggers could work with a more diverse range of bloggers? Without a doubt, YES. But I also think that bloggers who do fit this ‘mould’ shouldn’t be shamed just because they fit it and they are given opportunities. I don’t think that using a blogger who is part of a minority group should be a token thing either, like oh look at us we are amaze because we used a plus size blogger wow publicity x it should just be because they produce amazing content. I think, for me, this is the main point. A lot of under-represented bloggers produce content as good as, or better than, bloggers who fit the ‘mould’, and have the same amount of followers, but aren’t presented with the same opportunities. If brands and audiences went into blogging blind and judged by quality of content and yes, from a brand’s perspective, level of engagement so they can see the ROI, I bet you we’d have a more even spread of the types of bloggers reaching new heights in the industry.

What do you think of the current state of the blogging industry RE diversity, do you want to see a better representation of different types of people achieving greater things for their blog? 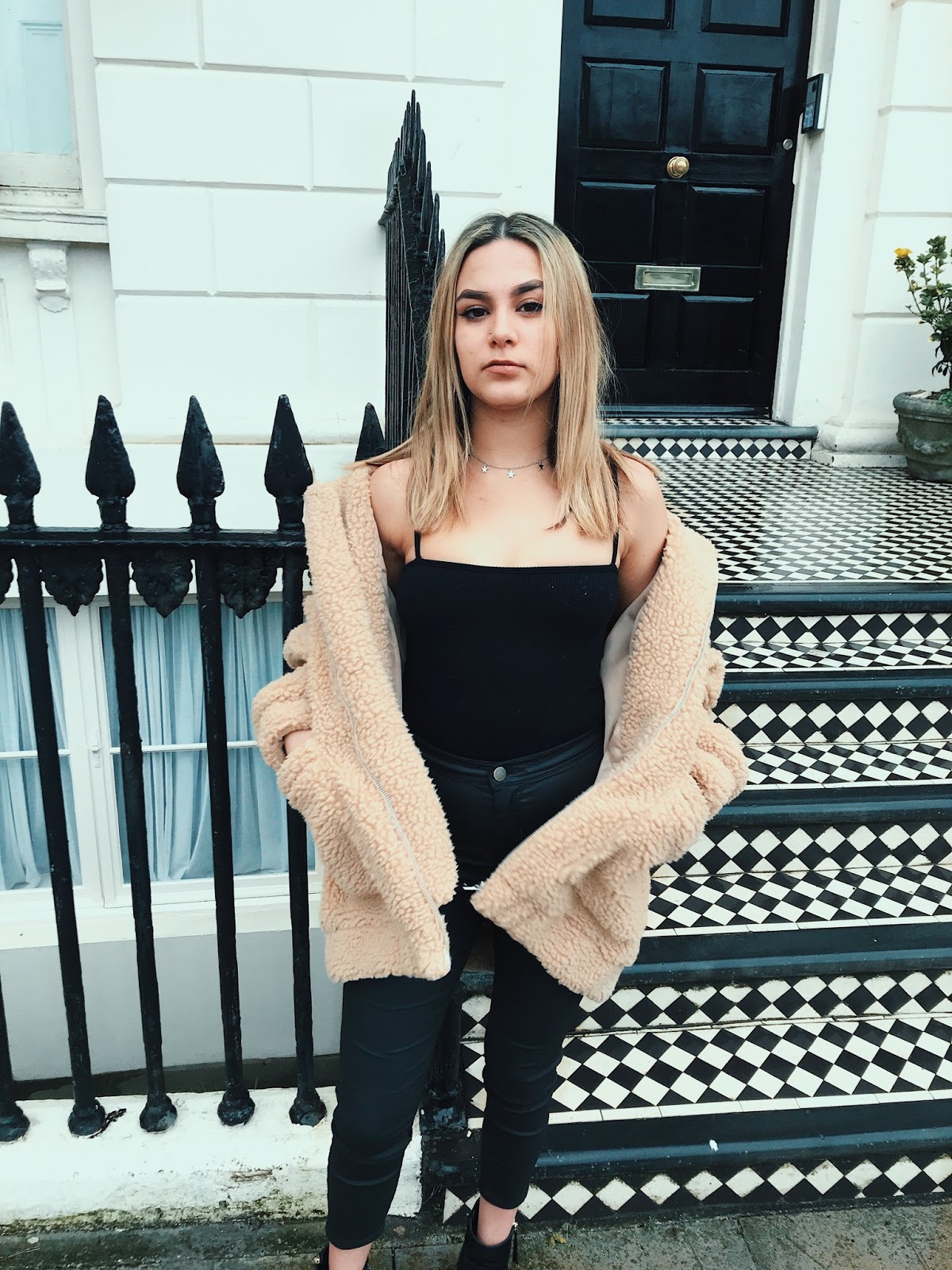