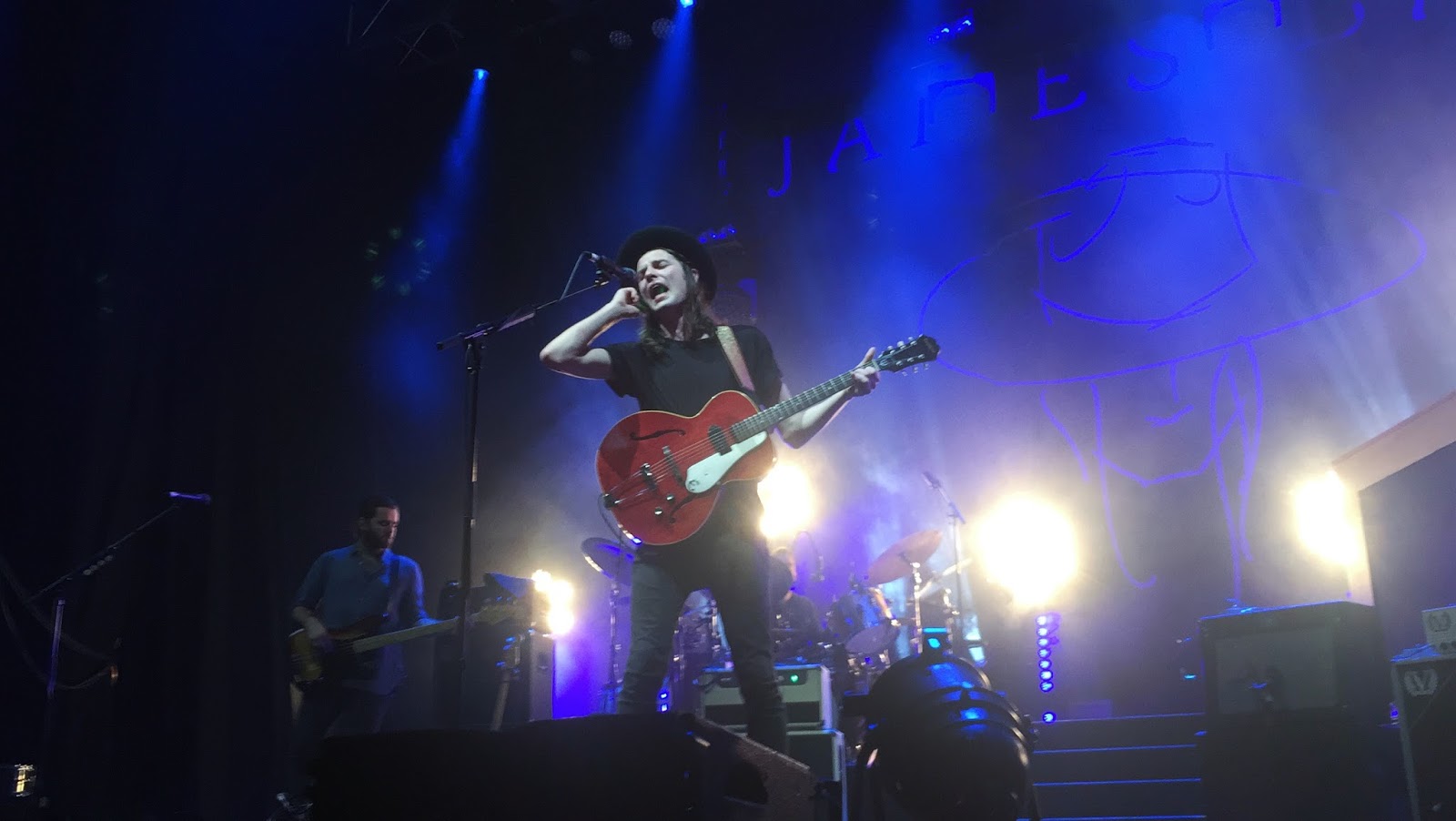 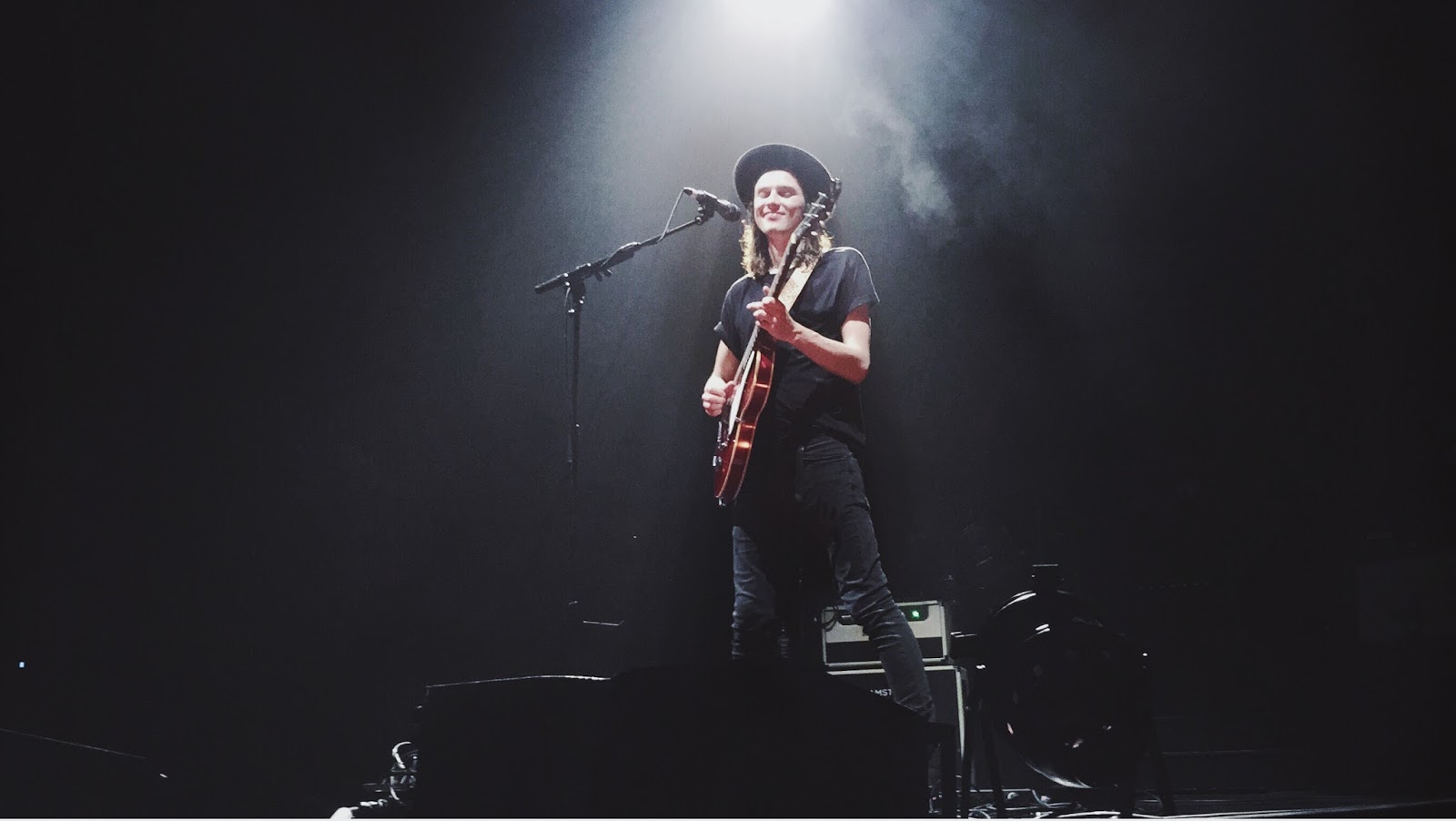 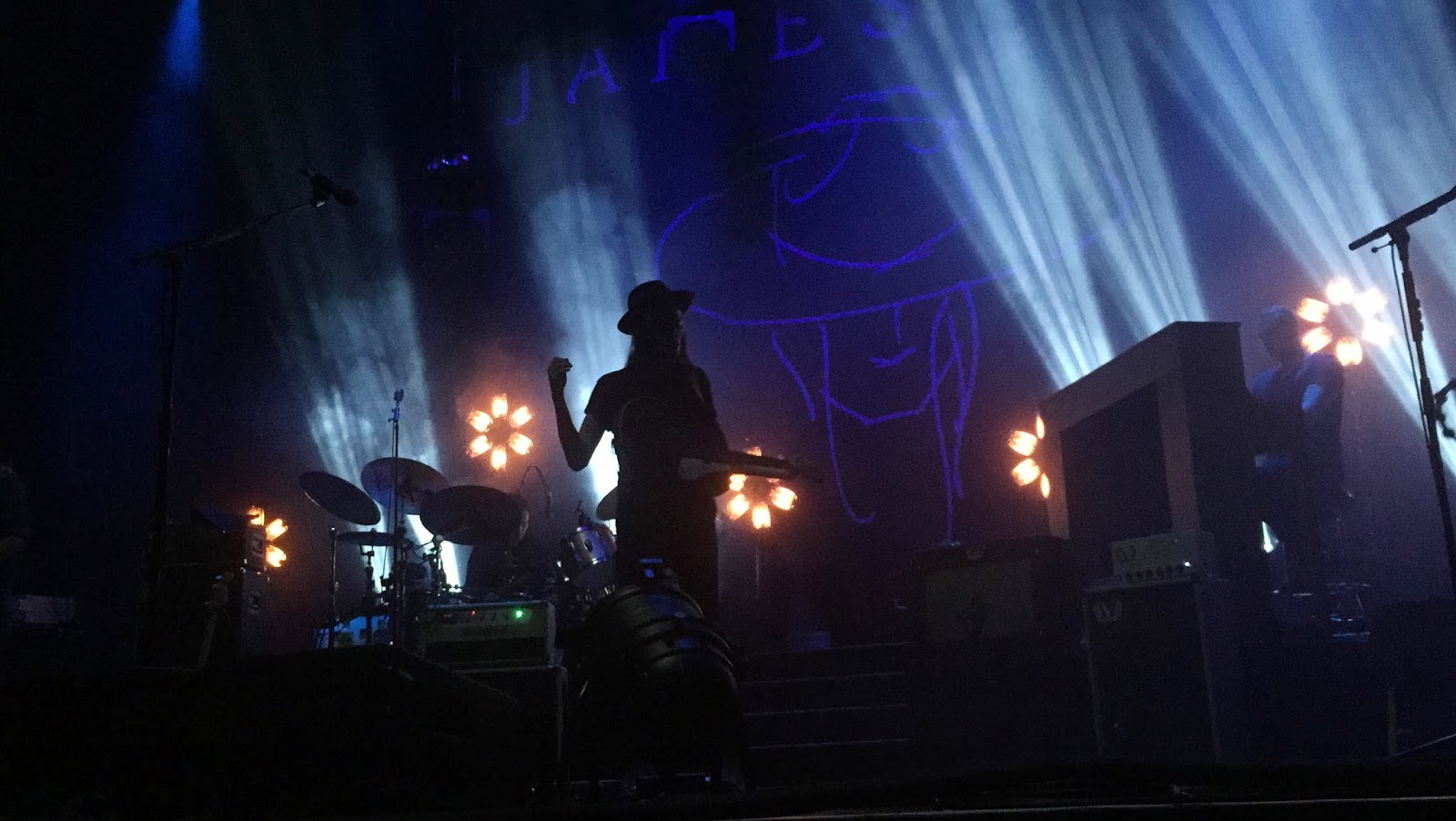 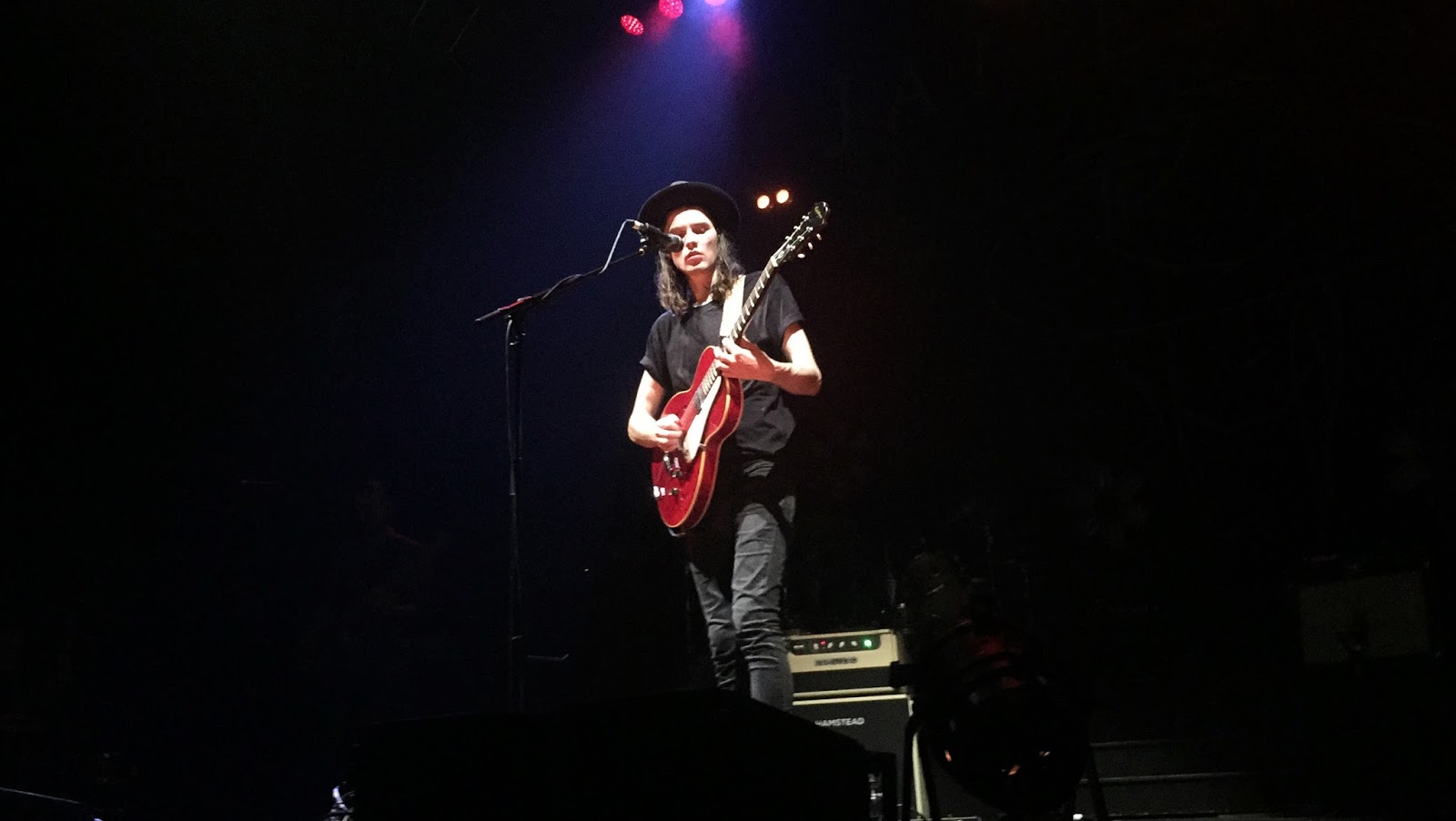 On Monday, I finally got to see James Bay live, in the Brighton Dome. I’d never seen him live before, although I’d met him last month, and I was excited to see what kind of show he would put on. I got my ticket back in April half term on a whim, I had been on Twitter before going to a revision session and saw James tweet the link to his tour tickets. I knew that he was going on tour but I hadn’t planned on going but I clicked the link and saw that they were £20 so I quickly called my dad who got the tickets for me. That was probably the best spontaneous decision that I’ve ever made, because he put on a hell of a show.

The Brighton Dome is a beautiful venue. When I was a kid, I’d take part in something called ‘dance at the Dome’ with my school where, each year, we’d create a dance and perform it on stage with other schools performing their own dances too. I hadn’t been to the concert hall of the Dome since then, so I was extremely excited to be back there again, this time in the audience instead of onstage with my junior school! It was just as beautiful as I remembered, the Dome is a stunning building both inside and out, and the concert hall was just as pretty and classy as I remembered. It was also much smaller than I remembered since I’d last been in there when I was about eight years old, but I love intimate gigs in smaller venues, especially a venue that looks like this one. I was front row at the barrier which enhanced the intimacy of the show since I got to be up close and personal to watch James and his support acts, which made it an even better experience. 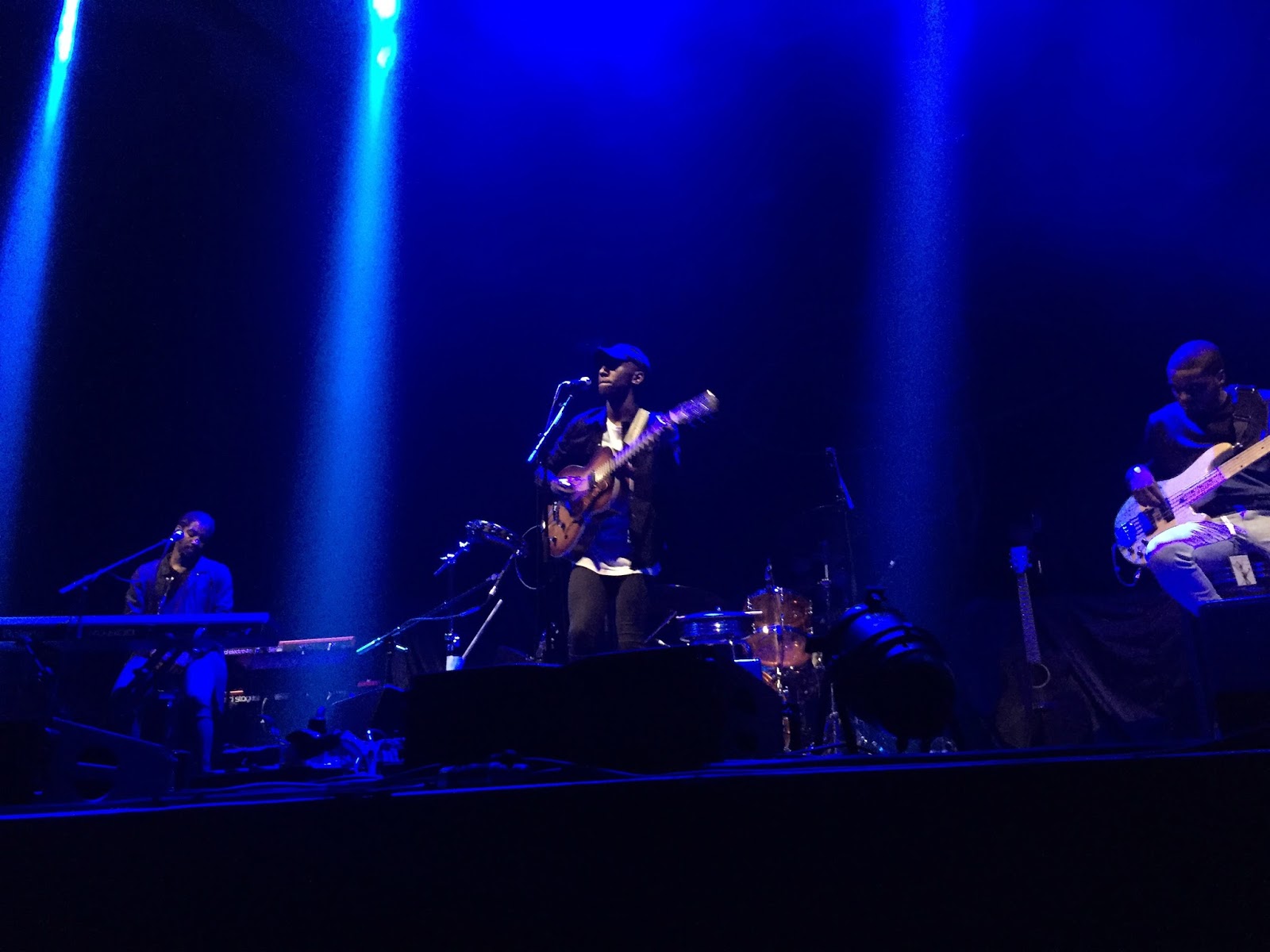 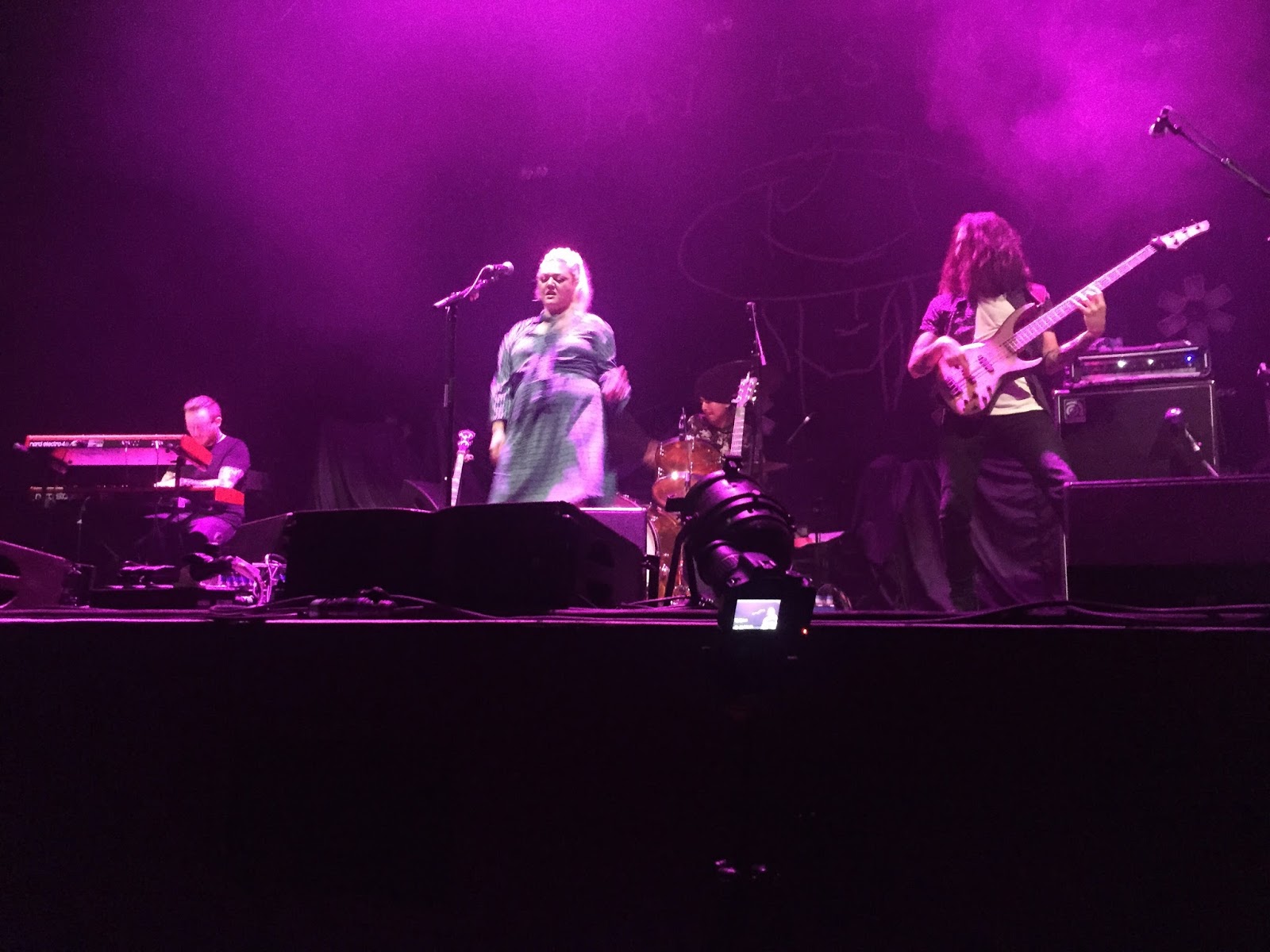 James had two support acts. The first was called Samm Henshaw, his music was soulful but had a slight edgy vibe to it, but you could see that he had a sound somewhat similar to James’, it was obvious why he had been picked to support James in particular. He mostly performed his own, original songs which, although not to my usual music taste, I really enjoyed. He also did two covers, one of One Direction’s ‘Best Song Ever’ and a second of Backstreet Boys’ famous ‘I want it that way’. Both were impressive and he effortlessly pulled off putting a soulful spin on each song, making them sound his own.

The second support act was Elle King. She was American with a Southern, country accent. Her music wasn’t a genre or style that I like, it was very country but still quite modern, but she had talent and her voice was distinctive and different to anything I’d ever heard before. She came across as a good, experienced artist and even though I didn’t like her genre, it was easy to appreciate that her songs were good nonetheless. 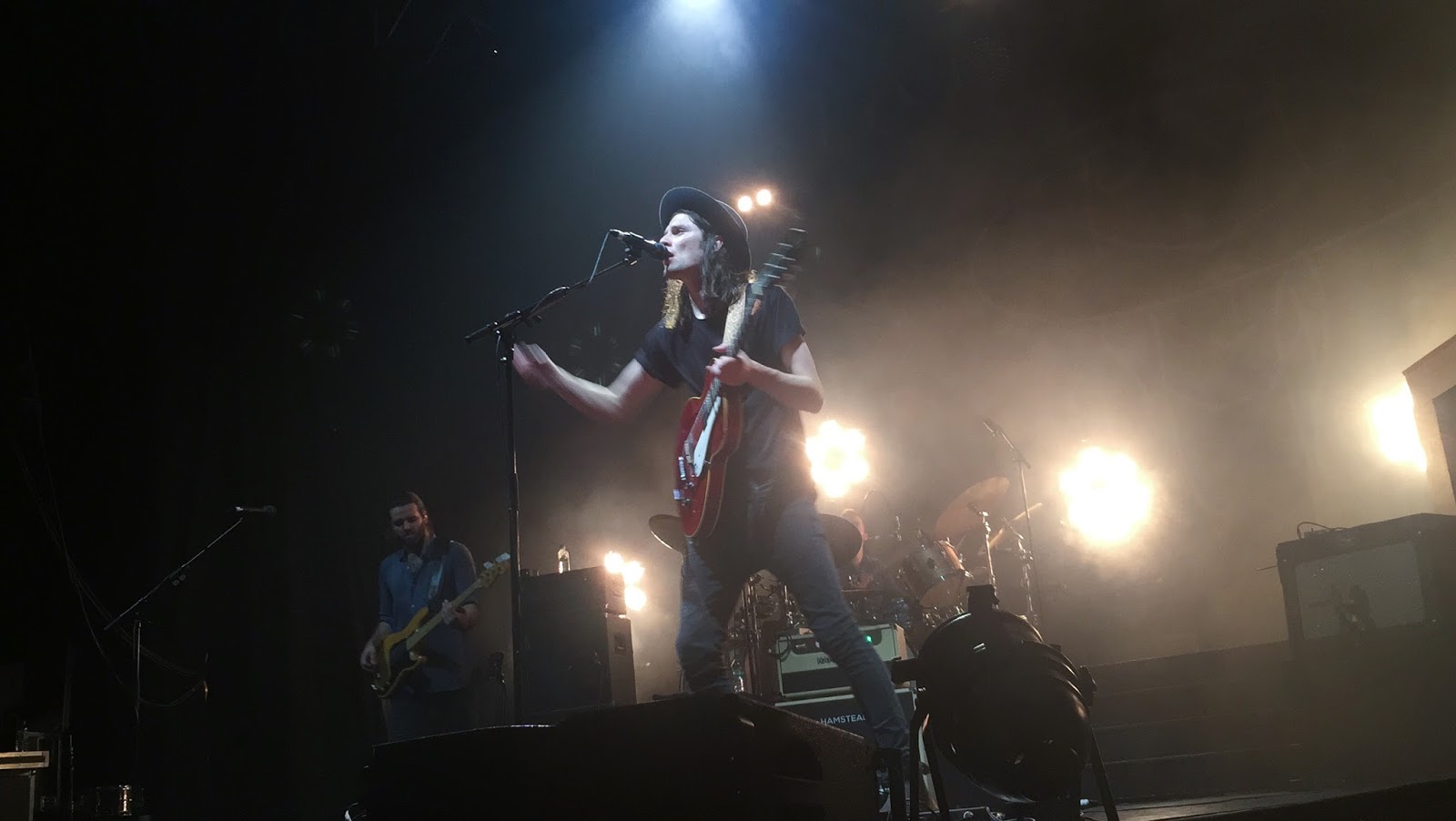 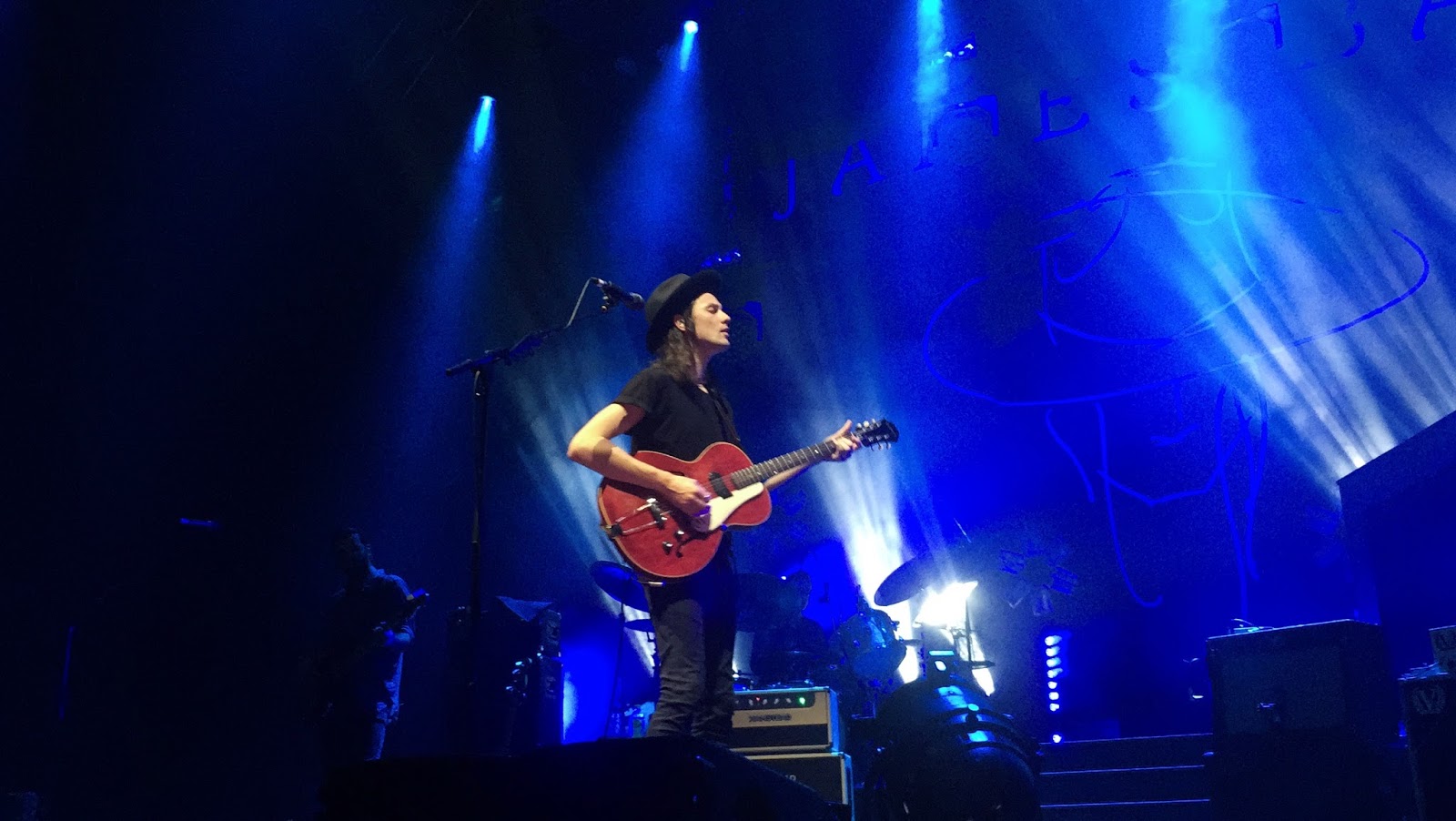 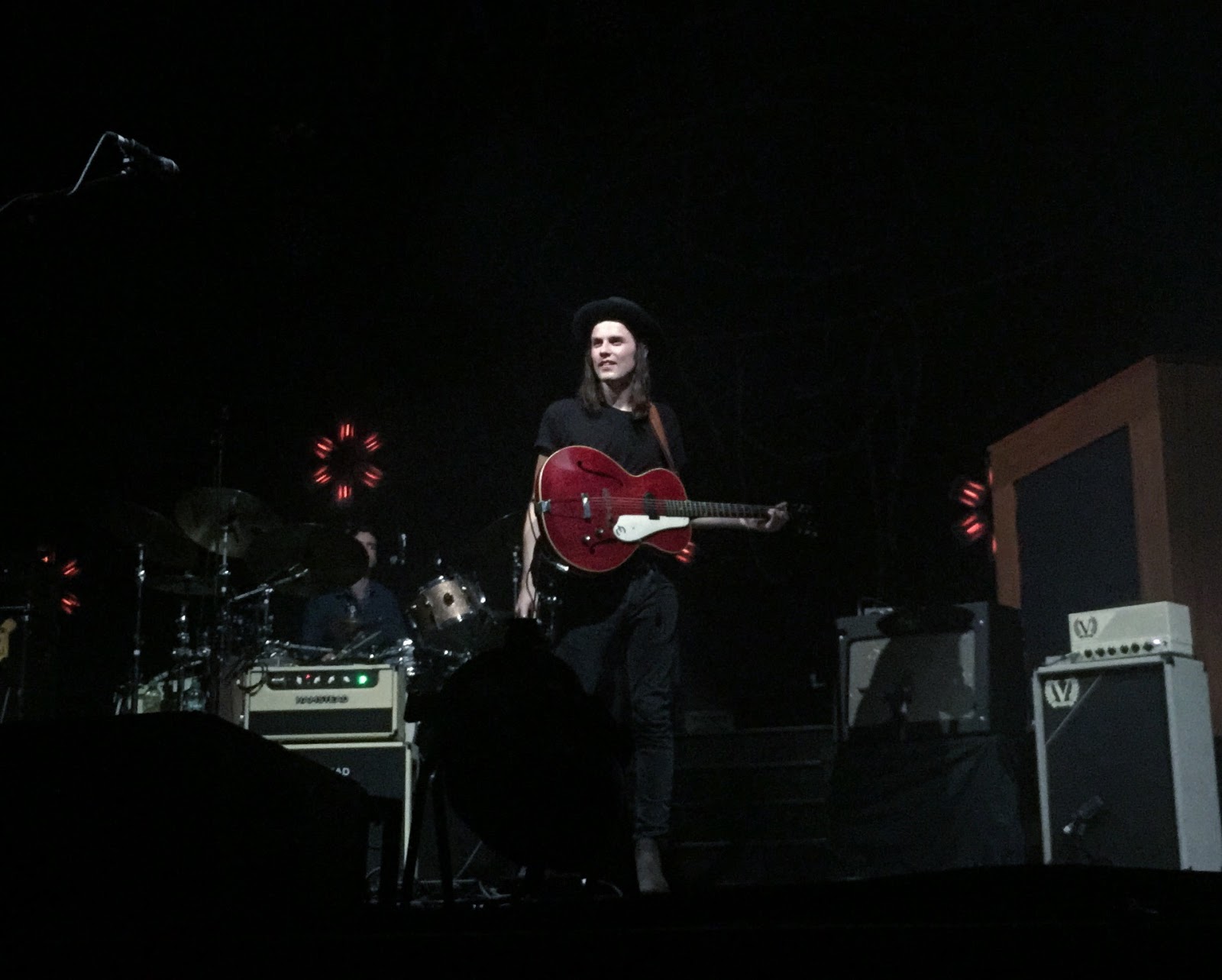 Onto the most exciting part of the night, when James Bay came onstage! He did sixteen songs, starting with Collide which was the perfect opening song because it’s fun and energetic, and it got everyone hyped up for the rest of his set. I have a short video of the chorus of Collide up on my Instagram, it’s from the part of the song where there’s a bit of a breakdown and his voice sounds unreal on it’s own, it’s amazing! His set was a mix between his faster, more upbeat songs and his slower ballads which was perfect because there was something for everyone. My favourite performance was Best Fake Smile, obviously, as it’s my favourite song of his by far and there’s always something really special about seeing one of your favourite songs live but, aside from that, some standout songs of the night were If You Ever Want To Be In Love, Move Together, Get Out While You Can and, of course, his three singles which went down a treat with the crowd. James’ voice live is so effortless and beautiful, and he’s a skilled musician. He also treated everyone to an insane cover of If I Ain’t Got You, and several times throughout the night, he’d take to his guitar for a solo which could seem boring to you (if it were anyone else, it probably would seem boring to me) but his playing was impressive and was actually so captivating to listen to and appreciate. 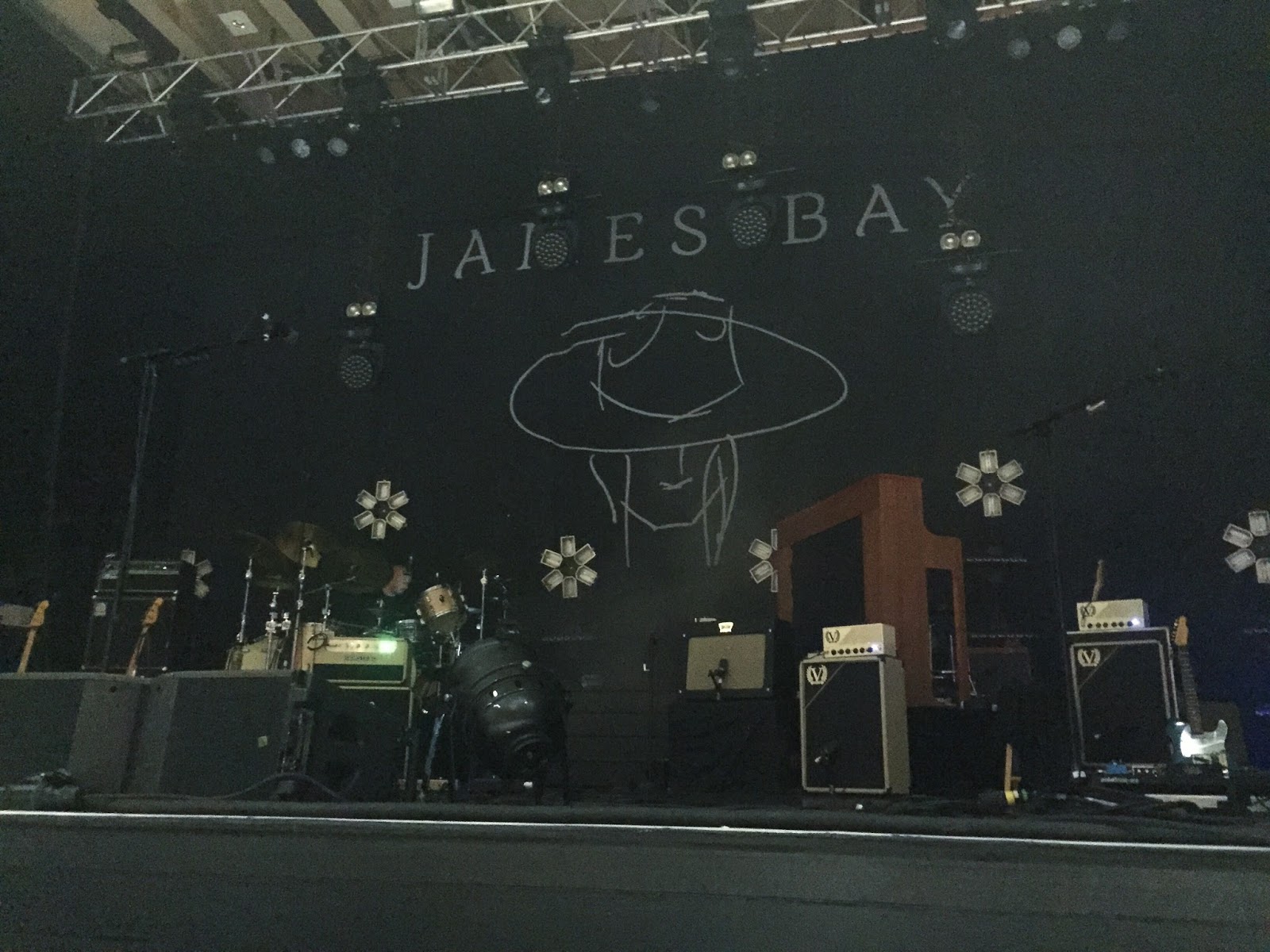 His staging was simple but effective. It added so much to his performance but didn’t take away from his singing and playing in the slightest. His backdrop was simple and black, with his name and logo in white, and there were lights arranged in the shape of what I thought looked like a flower. He had a couple of little steps which he incorporated into his performance, and his lighting reminded me a little of the lighting that The Script had on their recent No Sound Without Silence tour, which means that I was weirdly obsessed with it because it looked so cool, and it also enhanced the quality of the show. It was the standout in terms of production. 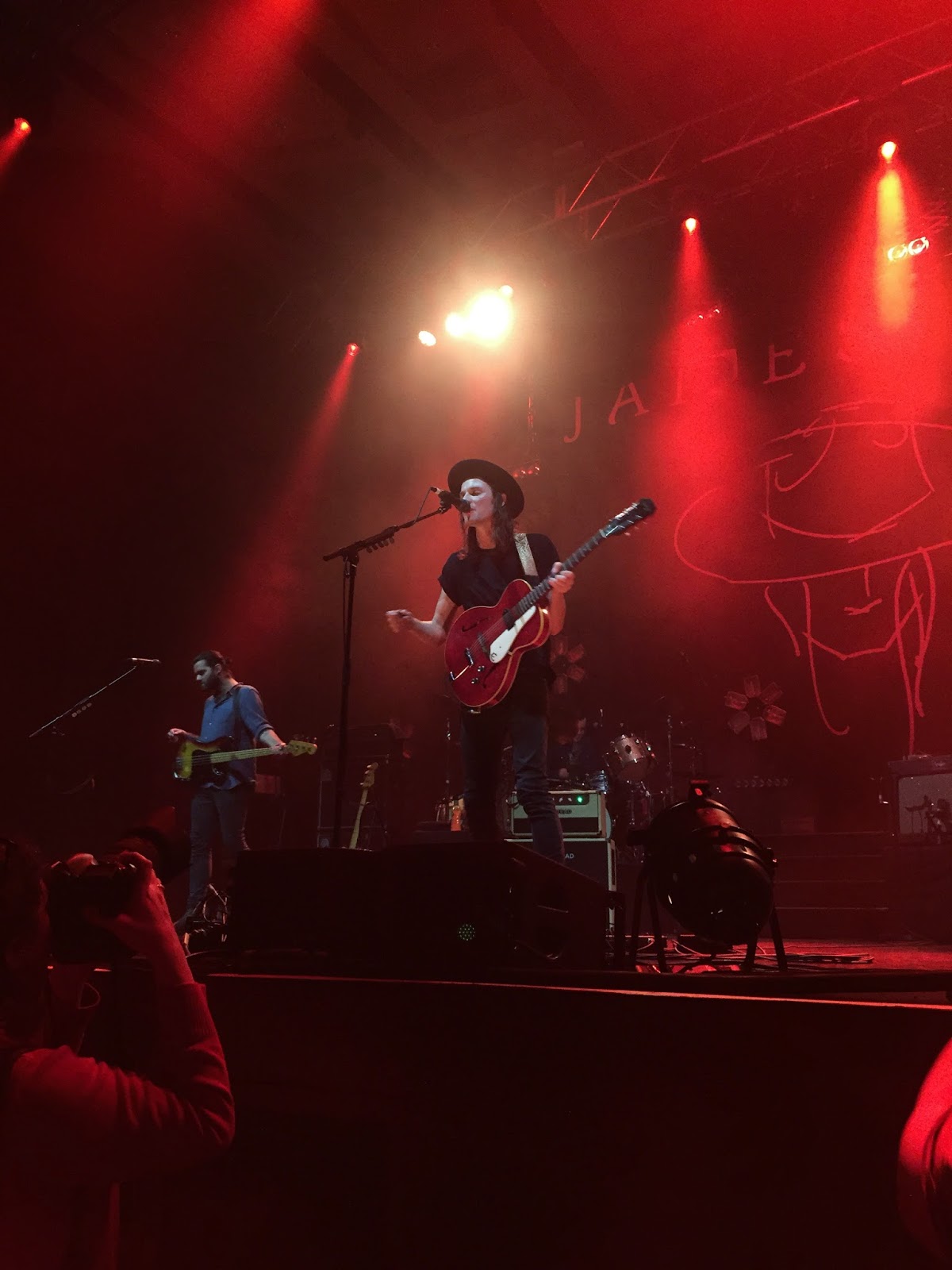 A lovely feature of his show was how he took the time to explain onstage what Brighton means to him as a musician (he attended Brighton’s BIMM, a music university) and spoke about all the different places he used to go to in Brighton to busk. It added a personal touch to the night and showed how humble James is, and it was really nice, as someone born and bred in Brighton and Hove (with the exception of Australia, obviously) to hear an artist you really like praise the city so much and speak about it in such high regard. The crowd loved him, and they lapped it up when they heard him speak about Brighton. The crowd itself was such a mixed back, girls and guys, grown men and women, yet it was clear that every single person there had a great time and loved seeing James live. Everyone was singing along to almost every song which both surprised and impressed me, as I’m used to going to concerts where only a handful of people know every song but everyone there knows the hit singles. It proved how likeable and appealing James is, as the majority of the crowd must’ve enjoyed his entire album to be able to know all of the songs. 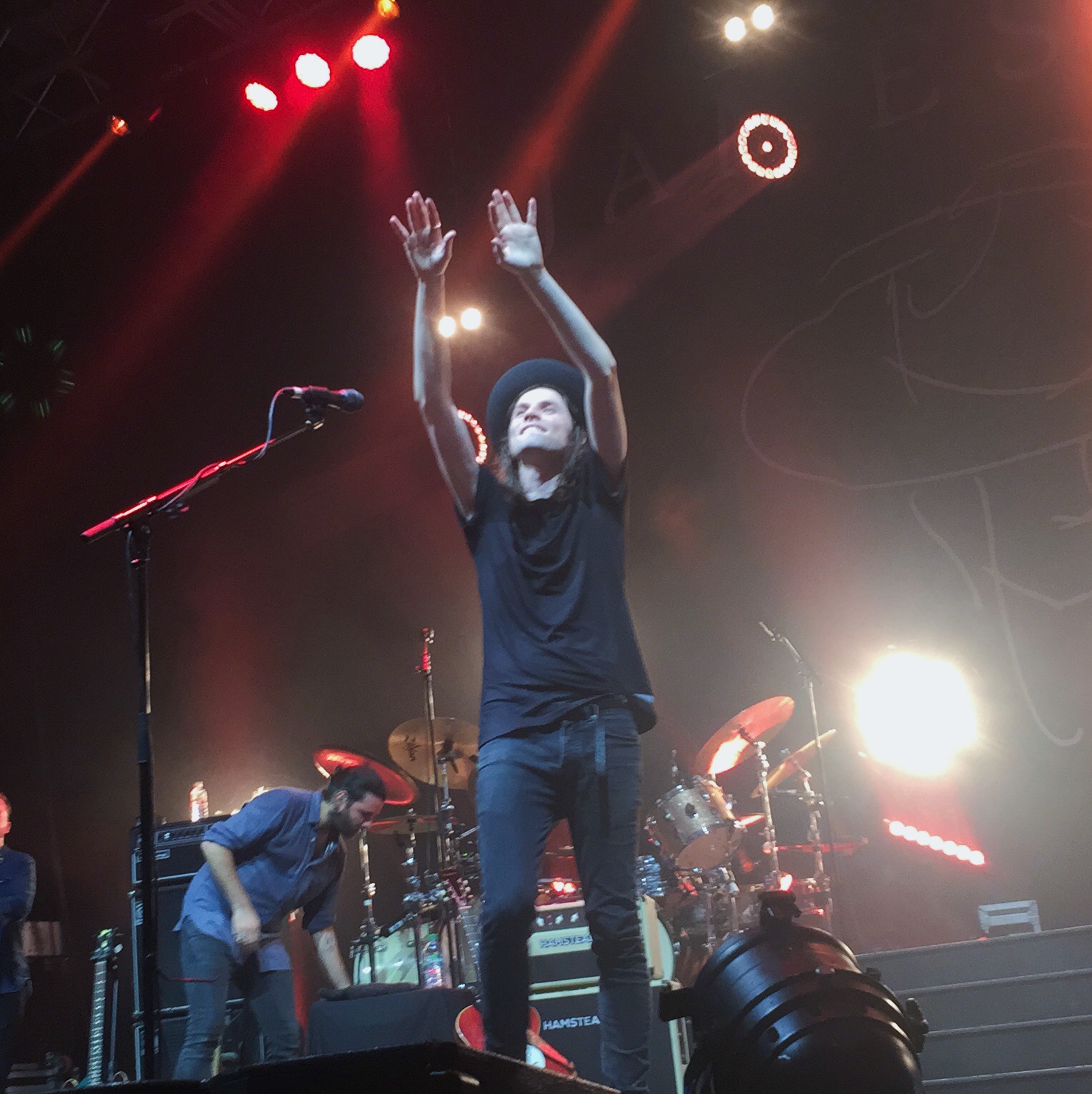 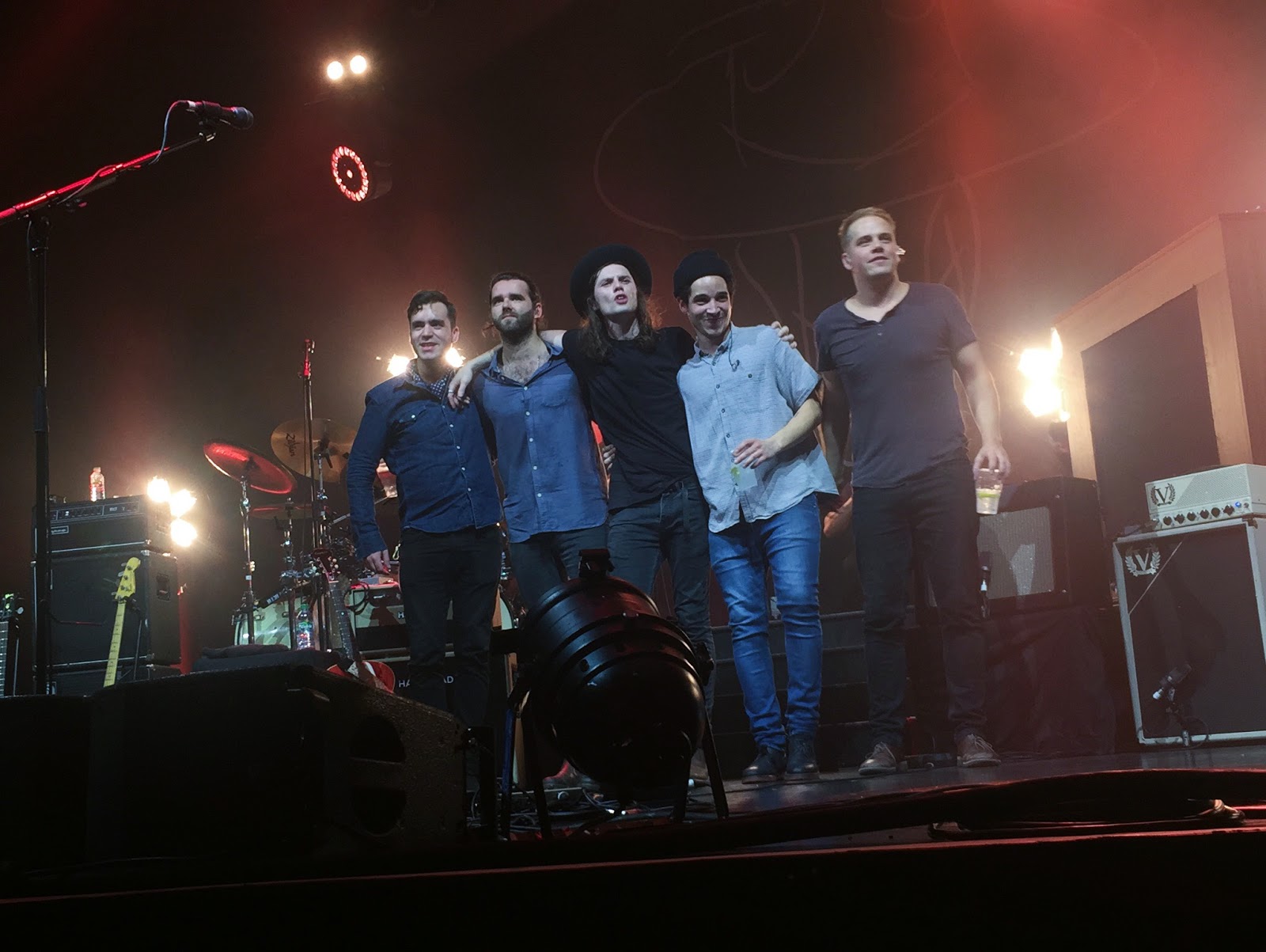 One thing that was made crystal clear at James Bay’s Brighton Dome show was that he has undeniable talent and a clear passion for what he does. There was a sense of respect in the air, respect for James himself as an artist. He’s a true talent. I expected him to sound impressive but he exceeded all expectations and showed everyone just how accomplished he is. James Bay is hands down one of the best (if not then the best) people I’ve ever seen live (and I’ve seen Coldplay so that’s a pretty big statement to make)

I recommend that if you ever, ever get the opportunity to see James Bay, that you take it. I’d see him again in a heartbeat. In fact, I’m going to go and Google tickets for his London Apollo shows next year…