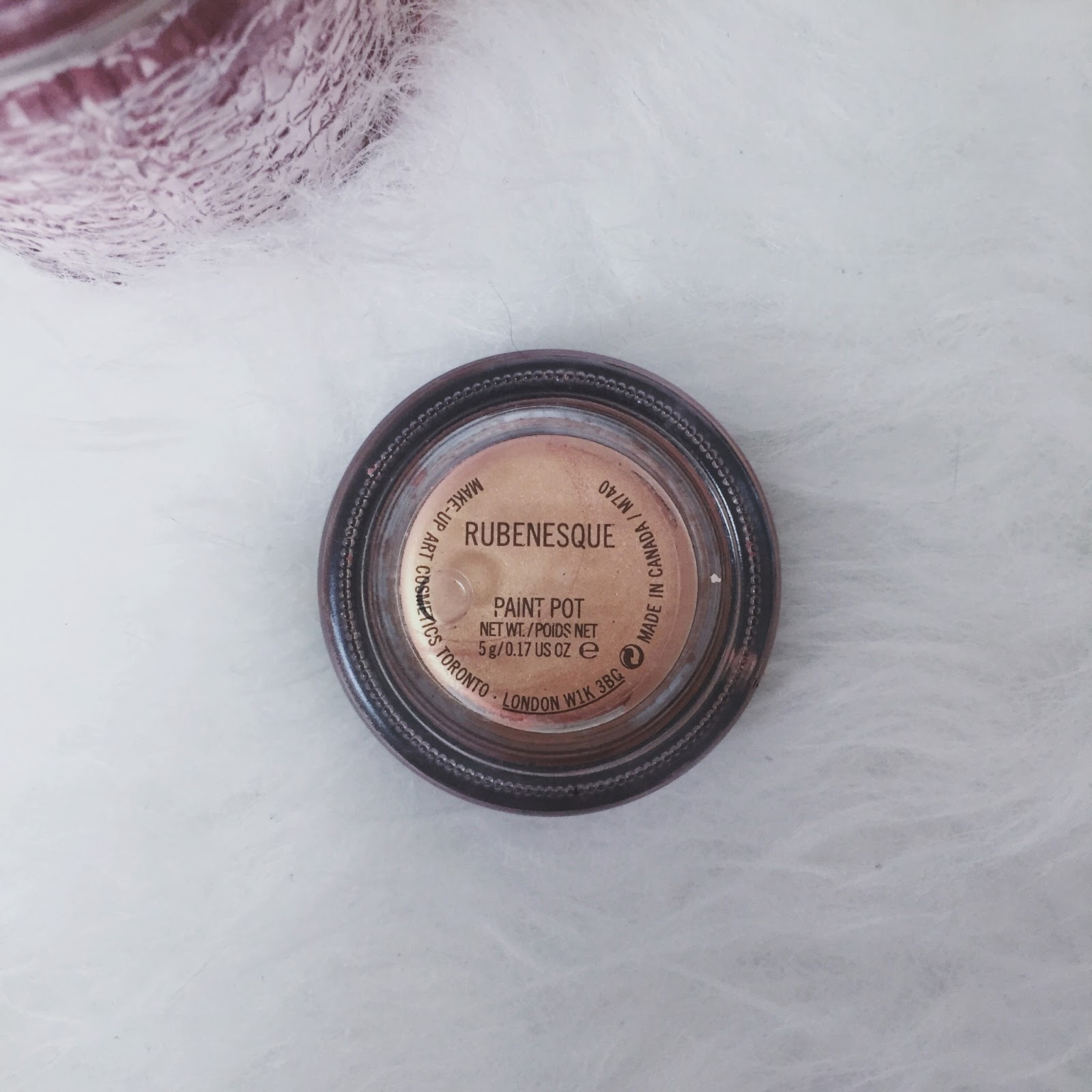 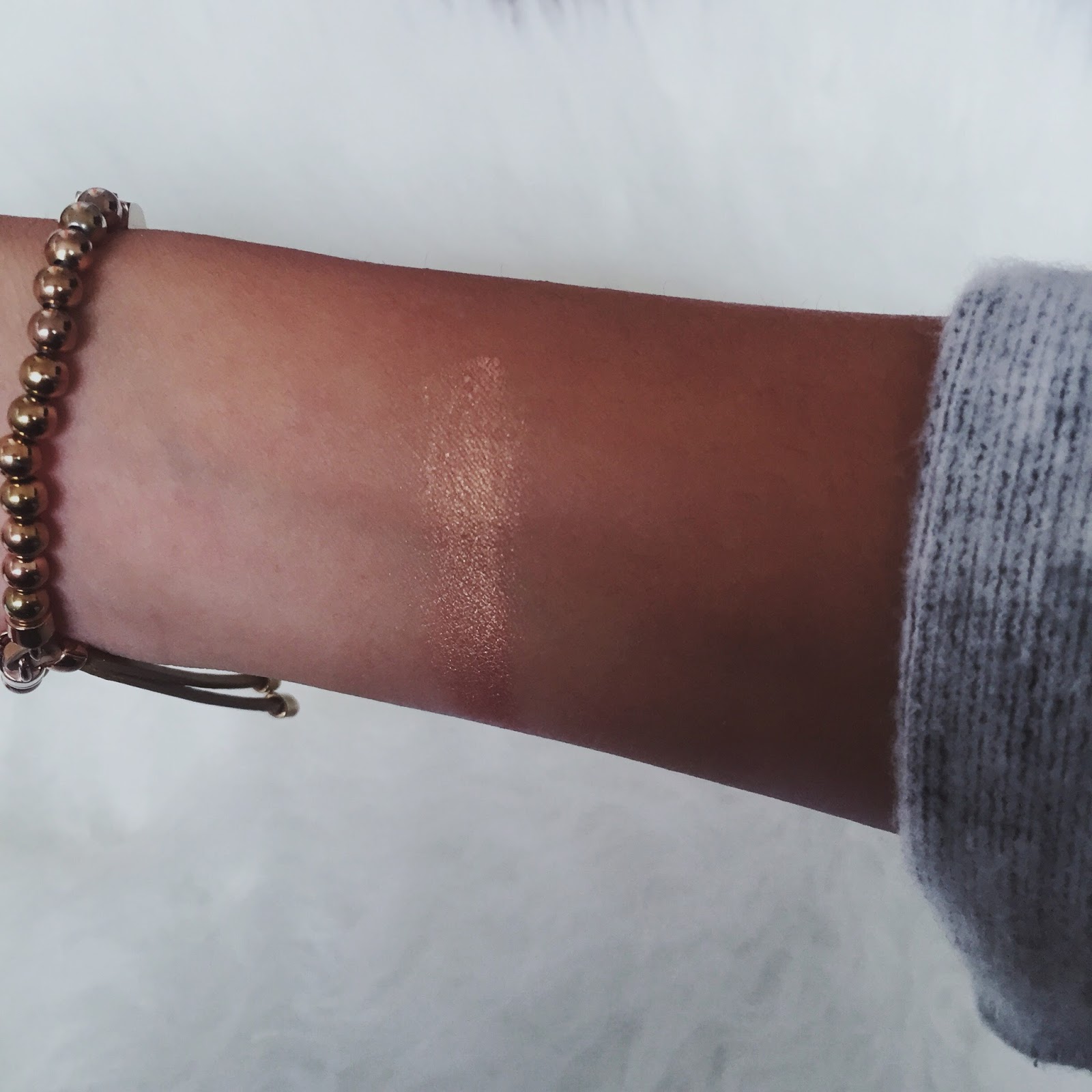 Today I wanted to speak about a product that I’ve rediscovered in a big way. My Rubenesque paint pot was my very first purchase from Mac, ever. I know what you’re thinking – if it was my very first then surely it’s way too old for me to own let alone use. Well, while I believe that it’s best to stick to the recommended time of use for your makeup products, I don’t think I’ve ever abided by those rules myself because, really, most of us don’t have the money to be repurchasing the higher end stuff when it’s past its recommended time of use. I mean, I wish I could do so but I don’t have bad skin or anything so it’s not too much of an issue. Anyway, little spontaneous rant aside, this cream eyeshadow is beautiful and I shouldn’t have neglected it for as long as I did. 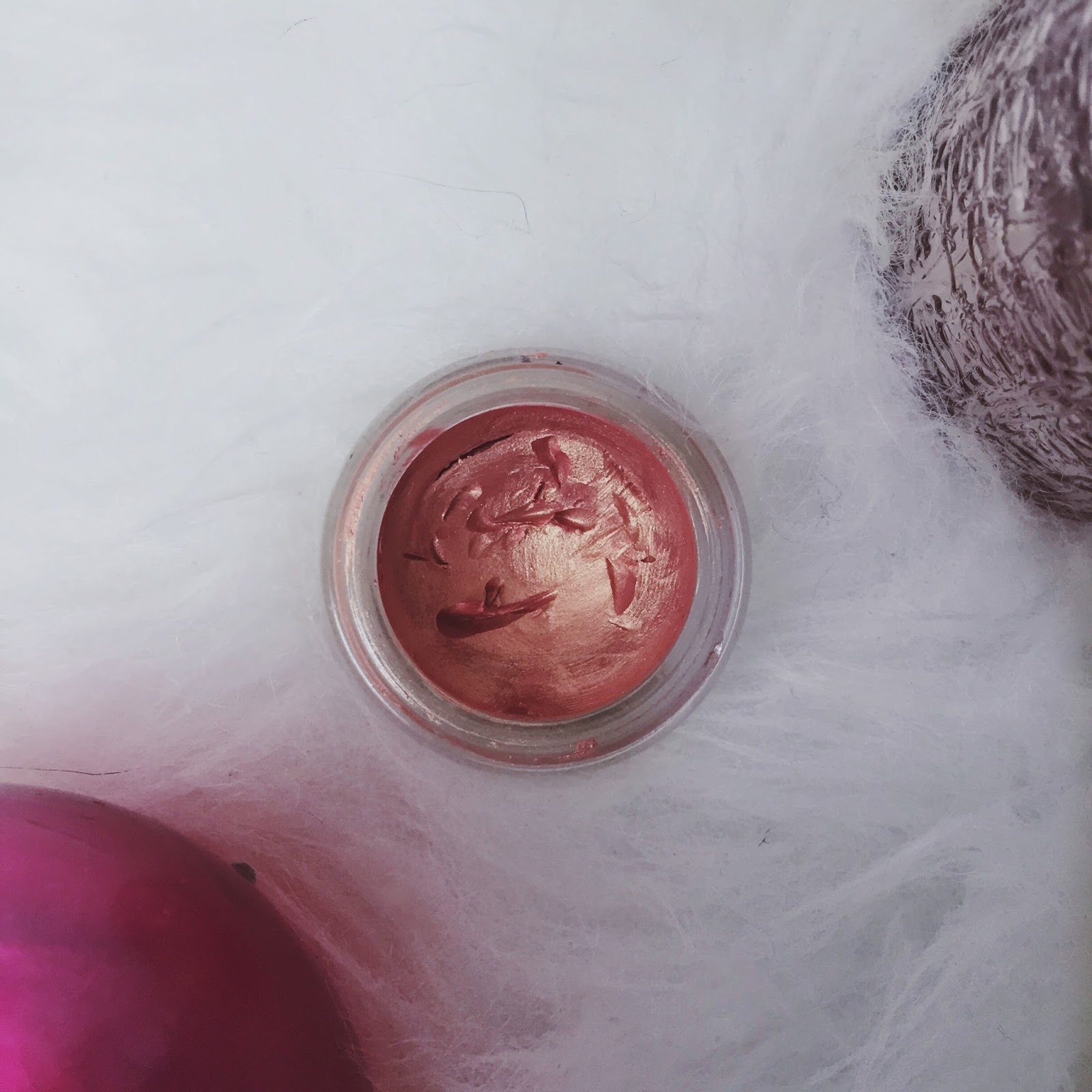 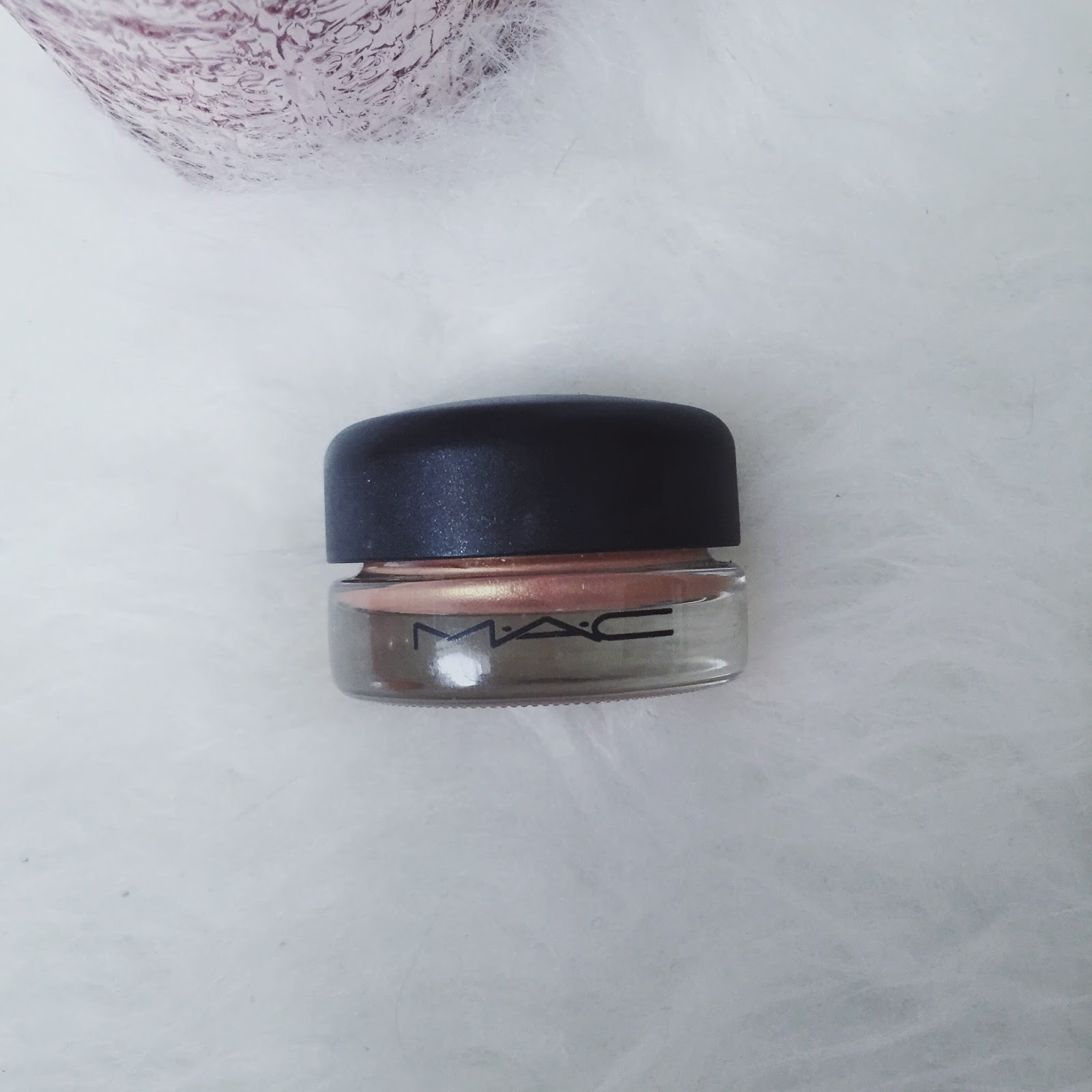 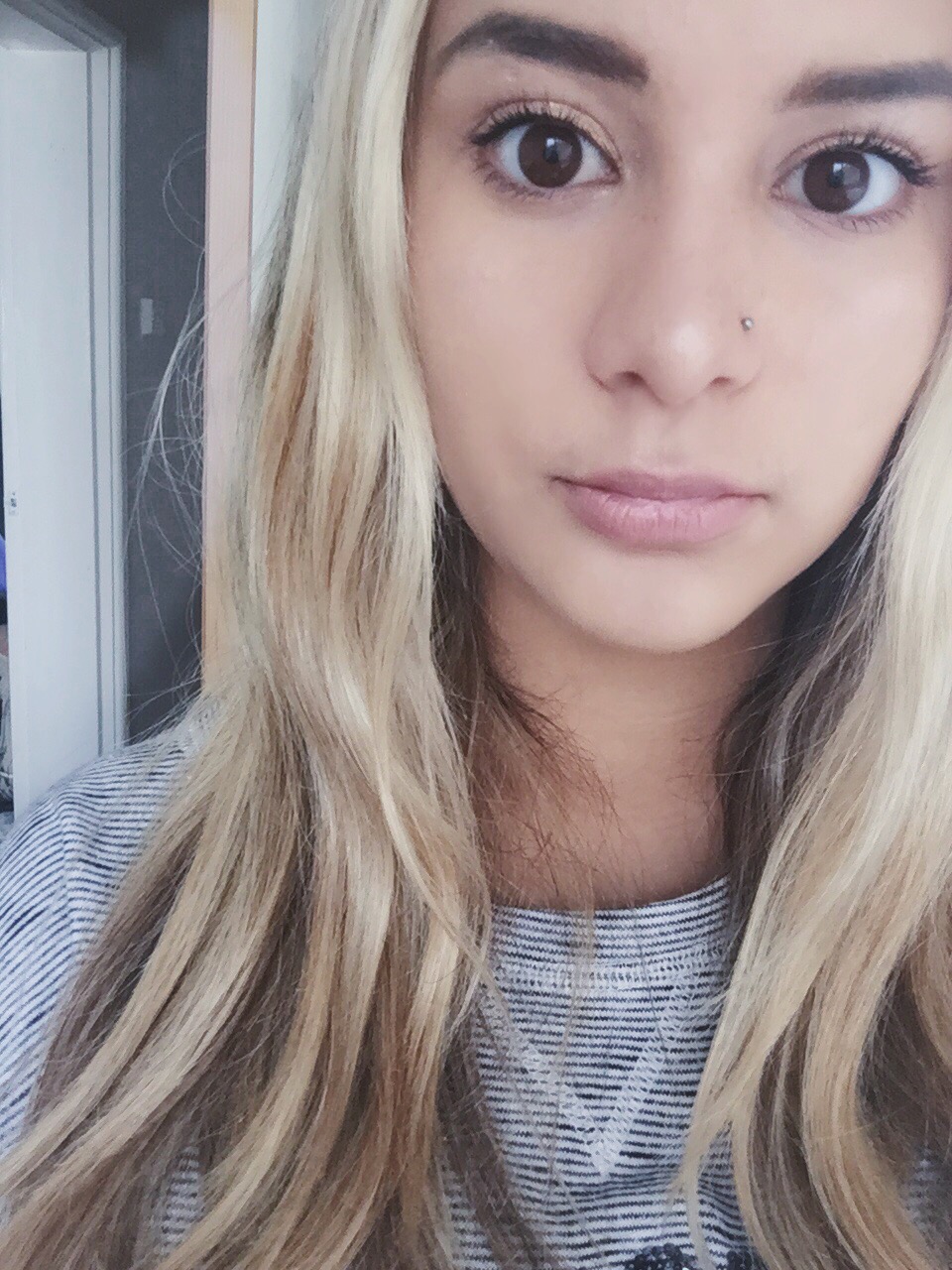 The Rubenesque paint pot is a cream eyeshadow that dries on the eyelids. It’s a bronze-y, peachy colour that has an overall pearly shimmer to it. The colour actually reminds me of Chopper from the Naked 2 Palette, a colour that I use on my lid almost everytime I wear proper eye makeup. I’ve been using Rubenesque as a base for my eyeshadow or on its own when I’ve not wanted to make too much of an effort. Since I’ve been favouring a more natural makeup look lately, as I’ve mentioned a few times on the blog, the latter use for the paint pot has been my favourite. Usually I’d rather not wear any eye makeup aside from mascara but I find that sweeping some of Rubenesque onto my eyelid using my finger gives a subtle hint of colour that makes me look more awake and put together – hence why my paint pot has marks inside it, because my nails dig in the product when I take some out with my finger.

In terms of the product, the pigmentation of the paint pot is great but it doesn’t apply harsh on the eyelid which I love, although it’s still buildable if you want a more solid colour. It works perfectly as a base because it can appear quite sheer on the lid and it also works perfectly as a solid eyeshadow if you layer it up. I like this colour on me especially because I have a more tanned/olive skin tine so the shade of Rubenesque is quite close to my own skin tone, just more enhanced and pearly. It looks slightly different in different lighting and depending on how much you build it up, it can look more rose gold in some light and more of a brown-tones bronze in other light.

I’m so glad I rediscovered this in my makeup collection and I’m definitely going to be wearing it a lot more from now on!