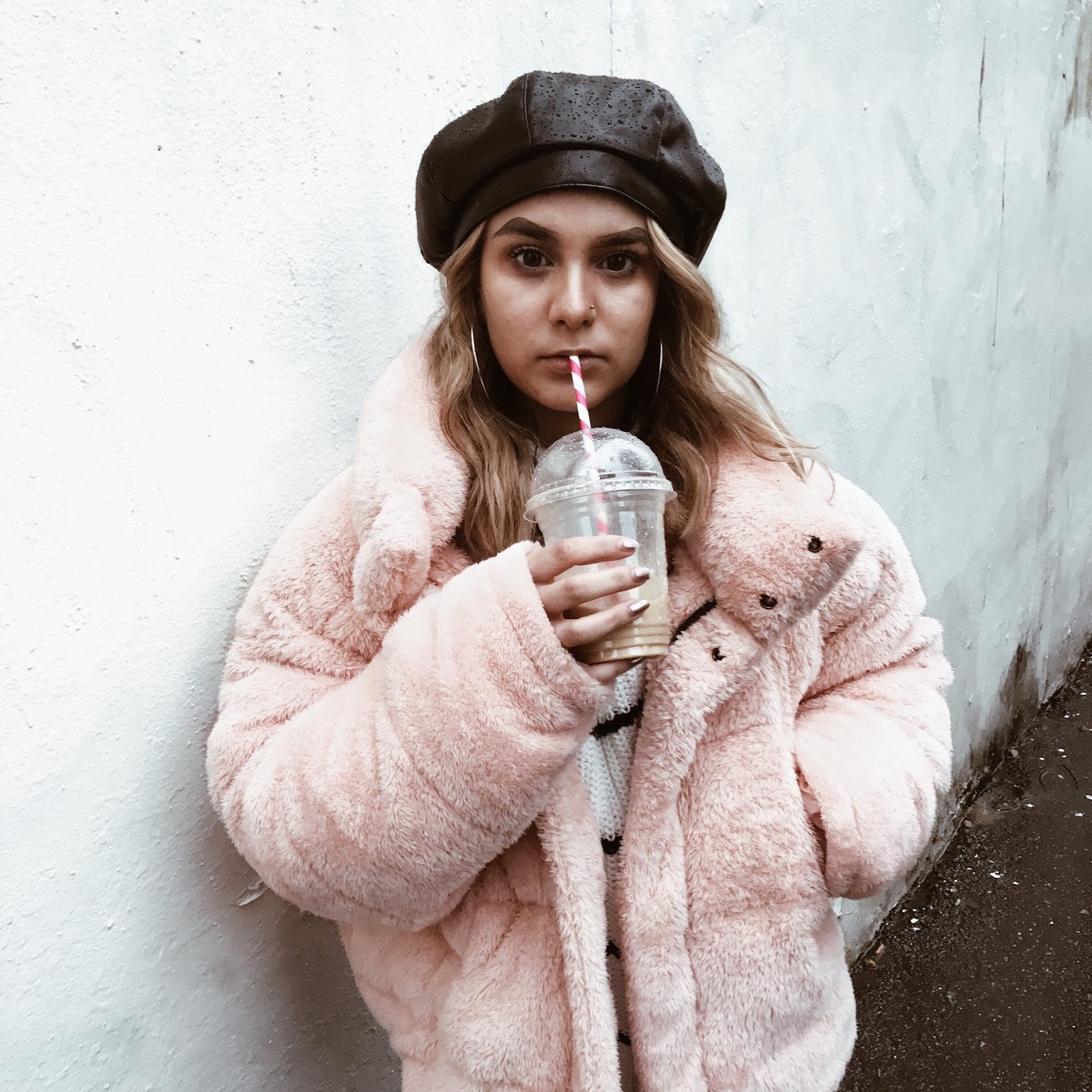 January was long. Long af. It’s the Monday of the whole year. I’m sure we can all agree.

One thing I have always said and will always say, is that in Summer my favourite season is Winter but in Winter my favourite season is Summer. I love Winter in the lead up to Christmas, everything is so festive and cosy, but then Christmas, my birthday and New Year’s all fly by in one week at the end of December, and usually by a week into the new year I’m sick of it and want it to be Summer. I give it a good seven days into January until my favourite season once again becomes Summer. This year, however, it took all of two days (not even that tbh) and by the 2nd I wanted Summer again. On the 3rd I started instagramming Summer throwbacks because I couldn’t cope.

So yeah, January is a long one. A struggle of a month. In December, getting dark out early is a magical thing because Christmas lights and decorations come alive and everything feels magical. In January, getting dark out early is awful for the mood. The come down from festivities and being hit with the realisation of everything you ate and drank for a month straight. Ok, I think it’s a bit of a cliche and a blogger’s right to say that in a January and/or New Year’s post. In all honesty, my appetite for all that kind of left a couple days before Christmas, and I’ve never been one to spend an entire day over-indulging because it makes me feel sick. What can I say – ya girl gags after her morning coffee, so after a day of chocolate and Schloer I’m ready to be sick.

Anyway, we can’t lie, January is always long and hard and a bit of a downer. On the other hand, all the motivation that comes with the start of a new year and some well-earned rest over the festive period can give you the kick up the arse you need and all of a sudden you’re more driven than ever. So it’s a bit one-extreme-to-the-other in January.

I wanted to start doing some roundup posts, whether weekly or monthly. I remember doing a Twitter poll a while ago (y’all know I love these for blog improvements) asking if you enjoyed roundup posts and the yes vote won, not by a landslide though lol. So here we are, there couldn’t be a more perfect month to start a monthly roundup. The first month of the year. I’ll try to keep it short and sweet since we’ve had the whole January-is-long vent already.

This year, for me, I loved January and never wanted it to end. I love that it felt as long as it did, because I was home from for almost the whole entire month, as well as the last two weeks of December. January is also the start of the tennis season and, well, you know me well enough by now to know that makes me happy. So whilst it was hard and cold and dark, it was a good month and I didn’t want it to end.

BEING AT HOME – When I’m at uni for long enough I love it and a few days into being home I just want to be back at uni. But I was at uni for all of three weeks in between my time off in November and Christmas holidays so I was just ready to go back home to the simple not-doing-everything-for-myself life. Lol. And I was home for six whole weeks, not counting 25 hours in Bournemouth to take an exam and go to a couple lectures. I got to see my pals, be here for my birthday, live with my cat again(!!) I also find it so much easier to get blog content, specifically outfit photos, done here. I actually don’t know what to do down at uni because I don’t know anywhere photogenic to take pics and don’t know who can take my pics. Lol. SOS. Help a girl out x.

BLOGGING – January was truly a new year, new me moment for yasminstefanie.com. Towards the end of last year I got a kick up the arse, took a step back and looked at why I started my blog, fell in love with blogging all over again, got my priorities straight and got organised. I knew what I wanted to post and wanted your input on when and how to post that, and now here we are with a new schedule and a new aesthetic that is well and truly me but also something you equally enjoy. I’ve probably posted more this month than last year combined (ok, a bit of an exaggeration) and I’m pretty proud of myself for that. I feel like I’ve found my style and aesthetic – I’m a very impulsive person and I like about 500 different aesthetics so it’s pretty damn hard to stick to something but I’m liking what’s going on at the moment. iI’ve been getting comments on blog posts for the first time ever, my following and engagement across my platforms is now constantly on the up, and all because I stopped focusing on these things. My Instagram reached 700 followers this month, my average likes are on the up, my reach has increased a hell of a lot. My Twitter has finally become more blog orientated than tweeting-along-to-tennis orientated and I’ve been getting lovely responses to blog posts on there. It’s been a hella good month for this blog and I’m excited for the rest of the year.

AUSTRALIAN OPEN – As I said, the 2018 tennis season started in January. Well, technically it started at the very end of December, but the first Grand Slam of the year kicked off on the 15th and finished on Sunday. My uni timetable was perfect, we got three weeks off for Christmas, one week back to timetabled lectures, then two weeks off for exams. Except, my one and only exam was in the one timetabled week on the one and only day I had lectures, so I only had to go back for one night before heading home for two weeks off doing absolutely nothing with no deadlines. All the freedom to watch the AO. I wrote a post on my passing thoughts from the first slam of the year if you’re into that sorta thing. But ngl, as cringe as it is to admit, Grand Slam time does make me happy.

GEORGE EZRA – Everyone’s mum’s favourite singer Geoff was back this month, better than ever. Paradise came out on Friday 19th and I. am. obsessed. It’s such a happy song, has all the Summer vibes which are nice to have during this very long, dark, cold, drab month as a pick me up to make you remember that there is Summer coming in the future and we won’t be stuck in this never-ending month forever. I’m v v excited for his album Staying at Tamara’s to come out and even more exciting because I’m going to see George live again!!!!!!!! I got my tickets this morning, I saw him in Brixton almost three years ago now and I’m going to see him there again in April. Much excite. Love you George.

Aaaaand, I wanted to think of a fifth one but I couldn’t. Soz. Maybe next month.
I will however provide you with my personal favourite posts of mine from this month as consolation. So nice x

How’s your January been?