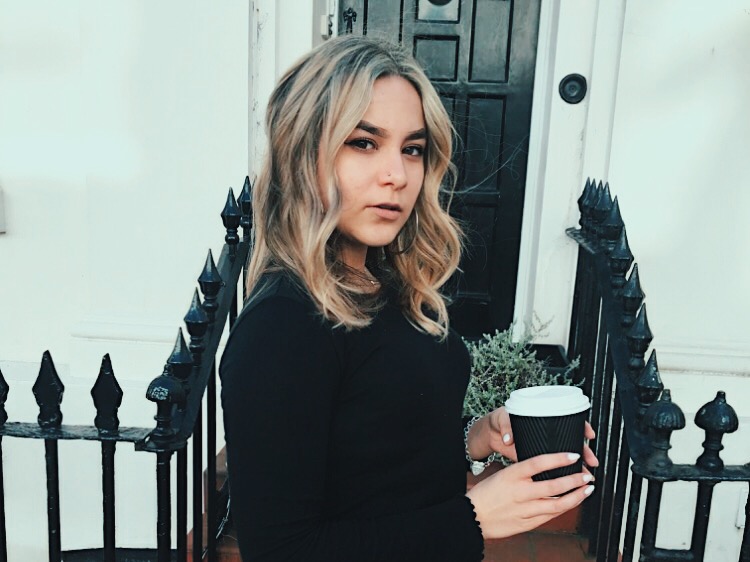 So I decided to switch up the monthly roundup to something a bit more helpful for you guys. It’s all well and good telling you what I did and what my personal highlights were but I thought let’s go ~next level~ and I’ll share stuff I loved whether it be music, products, TV, movies, YouTube videos, other blog posts, articles, experiences and all that super fun stuff so that you can go and enjoy it all as much as I did.

February went fast af, we’ve all seen those viral tweets about January feeling 93 days long followed by February feeling 10 days long, although now I’m sitting to write this post I feel like it’s been forever since I published my January roundup four weeks ago.

This month for me was about uni and all. the. deadlines. The end of January was the start of the new semester so all this month it’s just been full speed ahead with trying to learn all this new stuff and complete assignments. February also marks the first month that I stuck to a schedule (apart from the first three months of my blog’s existence back in 2015) and I’m not quite sure how I did it but now I’ve started I don’t want to stop and suddenly the ideas are flowing enough for me to carry on. It was also a month of actually committing a lot more to the gym, which is something I love because it makes me feel good mentally and physically but something I’ve never been able to commit to because the thought of going and the journey there is always bad compared to actually being there. I sorta shocked myself into it with a week of being more strict and now I’m just carrying it on because it feels good and it’s the new normal. It’s been a pretty normal quiet month, other than getting to relive my early-teen years last week when The Script (who I spent all my time after moving back from Australia up until starting Sixth Form going to see at all the promo and concerts possible) were kind enough to give my friends and I some tickets to come see them in Bournemouth. It was so lovely seeing them again for a fun, albeit brief catchup, and getting to enjoy the show in a totally different way to when I’d queue from 3AM to get front row. I felt old af though, I did stand there feeling like a proper veteran and I have never felt that old in my whole entire life.

Ok, little roundup of my own life this month over – let’s get to the good stuff.

So technically this is from January for the Feb issue, but I didn’t do this whole sharing-stuff-I-enjoyed-during-the-month thing last month so I need to include it here because it is an a m a z i n g read. Queen GOAT Serena gives a really in depth look at what life has been like away from the tennis court and the complications with her pregnancy. The latter is such an important topic for Serena to have addressed, it is a struggle many black women have gone through post-partum and have been dismissed about so hopefully this brings the issues to attention of people in the medical profession so that they don’t dismiss the symptoms and self-diagnosis of all those who experience the same. It also seemed to be the reason that people took as to why Serena didn’t come back to play at the Australian Open and defend her title. She played an exhibition match against Ostapenko on the 30th of December (my birthday🙋🏼‍♀️) and, although not at her best, after seeing what she went through less than four months before it’s astounding that she managed to play at all, let alone the way she did. Even if you’re not into tennis this is too good a read to ignore, it’s such a nice look into Serena’s life and the way she thinks and deals with things. A feminist icon.

I so didn’t want to go on about this any more than I have on Twitter but ykno what, I can’t not. This has been my favourite thing ever this month and I’m so so sad it’s over. It was season ten from all the way back in 2015 (ancient! I was still queuing for The Script then, that’s how long ago) but had never been shown in the UK before and coming from someone who has seen every series since moving to Australia – this is the best yet. I’ve linked it to Sky Go so if you have that I hope the link takes you straight there, think there’s a little over three weeks before the episodes disappear so get in quick and give it a binge watch because it’s so worth it. I’m so sad that 3/4 of the trainers left after this, like this series was the best but now they’ll never get to top it. Cry. RIP. Enjoy it while you can. (PS if you watch it don’t tell me that Tony doesn’t look like Jordan Thompson because it’s all I can talk about)

My favourite person ever Geoff Ezra started a podcast this month where he speaks to some pals in the music industry about how they got where they are now, why they do what they do, and he gets a really nice insight into how things go on behind the scenes for some of Britain’s fave artists. It’s such a lovely lil podcast and you really get the feel of being part of George’s nice chat with some of his fellow British musicians. It has such a nice vibe and it’s nice and friendly and candid. 10/10 recommend. I do hope George shares his own one about himself too.

Again with the Fifty. Soz. Anyway I just found this video too funny, James always brings out the best in lots of people he has on his show, especially those from this side of the pond, and this video is no different. It makes more sense if you’ve seen the first Fifty Shades of Grey but it’s a good laugh either way. It’s basically a v good pisstake of part of the first film.

I think it was at the end of last month when Summer Heights High came back onto iPlayer for a few weeks, then they took it off and put Ja’mie on, and I’m guessing they’ll put Jonah on next once they’ve taken Ja’mie off. Most people have seen this so I don’t need to give it an explanation but it’s always worth the re-watch. I just love these series and find them so funny because it’s real. I promise you, it’s so real. Summer Heights High, Ja’mie, Jonah – I lived that. That was my life. I know it can be more than a bit offensive but you really think teenagers at school aren’t offensive af? Of course the characters are proper stereotypes but trust me when I say I see so much of Ja’mie and Jonah in 10/11/12 year old me and even some remains to this day. It’s real life.

I think that’s it for the things I consumed and enjoyed this month. I wanted to round up some things that happened that I’m interested in, like news in popular culture in my interests, but I literally have two things. One is Jack Whitehall leaving A League of Their Own which I am still not over and the other is Roger Federer returning to world number one which is a big deal because he’s the oldest ever player to hold the top spot, last time he held it was over five years ago and it’s been over fourteen years since he first reached it so longevity and all that ykno x

I drafted this post in bullet points in my phone and for this section I actually put ‘shapo first atp title ?’ because I was so convinced he’d win the ATP 250 in Delray Beach but Tiafoe snatched the dream. Very sad. I really thought it was going to happen to the point where I was ready to gush about it here. Guess not. Can he win Eastbourne as his first title instead so I can be there? Thanks Denis x

And one last duty – if you’ve not seen all this month’s blog posts here they are:

Hope you enjoyed the revamp of my monthly roundup and you enjoy my recommendations.