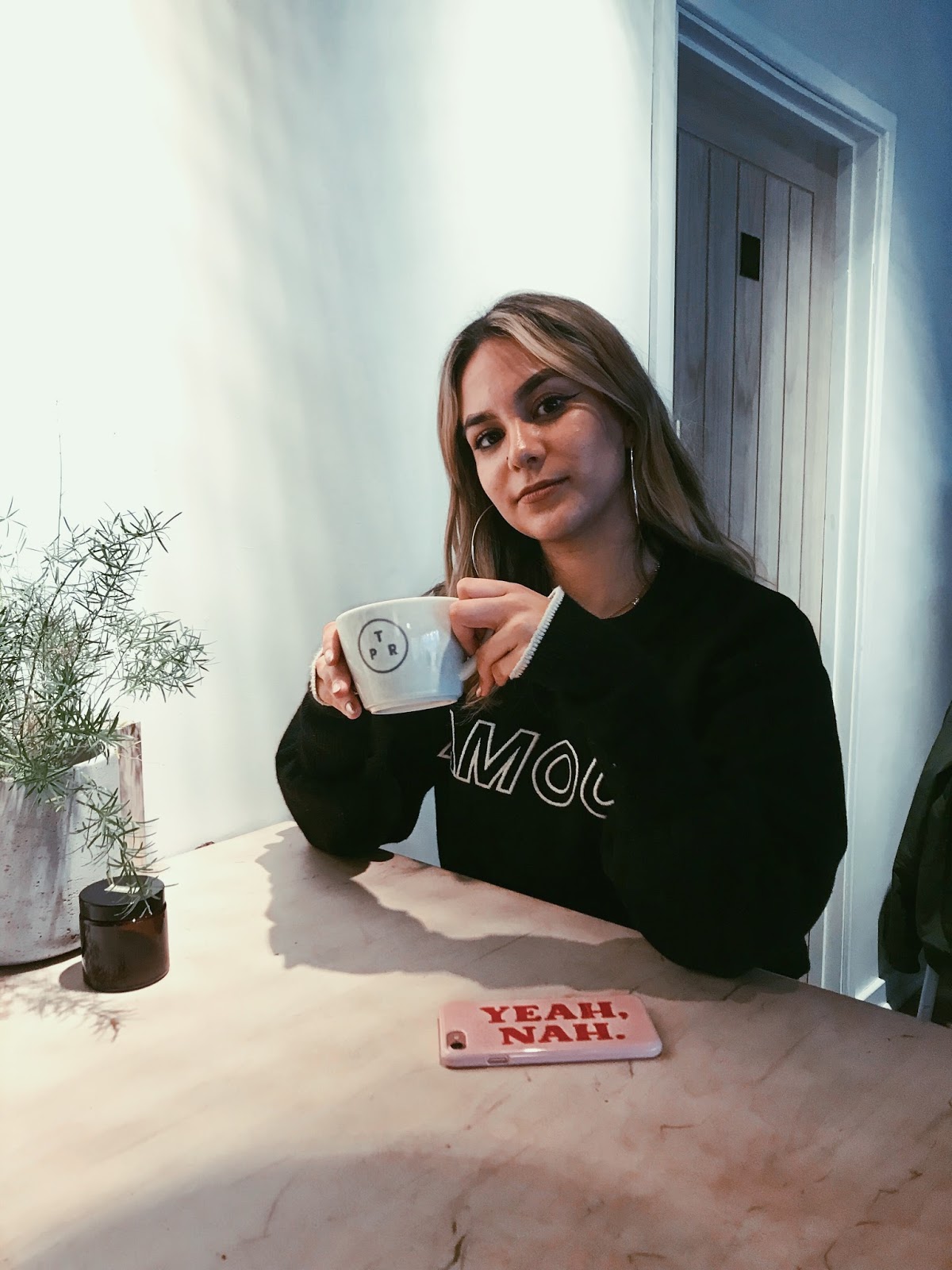 Happy Easter! Ok, so how is it already April? I can’t believe we all moaned about January feeling decades long and the three months since then have felt like three weeks.

Not really sure what to include in the roundup for the month, just been out here going through the motions of uni, nothing exciting. I came home for Easter a week ago but it’s not been super exciting yet because most people’s Easter holidays have only started now, and I have all the deadlines and revision pls kill me x so I can’t even have fun every single day. Most of the exciting things have been my recommendations tbh. I drew Wimbledon tickets in the ballot which is v exciting, but that is all I can think of right now. Lol soz. It’s the Lindt bunnies getting to my head. So let’s get onto the recommendations because that’s all I’ve rly got this month.

Oh my god I cry. This album is the best thing in the world, I am so head over heels in love with it. Leading up to the release Geoff was dropping lots of songs, and release day happened to fall on the day I was coming home for uni so I saved it as my listening material. It exceeded expectations, I knew it would be good but I was actually surprised at just how good it is. George’s music isn’t the sort of thing I listen to all the time and isn’t a sound I seek out from tons of artists, I just like his stuff, but wow is this album the most amazing thing ever. I haven’t been a day without listening to it since it came out and I don’t think I ever will. It’s such a feelgood album and I can only see it getting better as we approach Summer. My personal fave song is Get Away. OBSESSED. So excited to see him on Tuesday.

the weeknd’s my dear melancholy,

This was such a surprise, the best kind of surprise. He only teased on the gram a few days ago that he was going to drop something on Friday, most people assumed an album, and that was a surprise in itself. My fave Abel is Trilogy Abel, but whenever I listen to his older stuff I’ve always had to tell myself that, being realistic, he probably won’t go back to that sound ever again so I need to not kid myself. Y’all, he went back to that sound. I can’t get over it. I can’t get over this EP, it’s everything I’ve ever wanted and more from him. Wasted Times is my fave, 11/10.

it’s not me it’s them

I meant to put this in my Feb recommendations but totally forgot. I don’t read much, my excuse is that I don’t have time but some people won’t buy that and will say I need to ~educate myself~ more but soz too busy reading a media law textbook atm. Anyway, I bloody loved reading this and was so sad when I finished it. It was one of those books where I wanted to read it slowly to make it last but I couldn’t stop reading it so finished pretty quick. The ~concept~ behind it is so clever, I don’t want to give anything away but it’s written very cleverly, the way the chapters are structured and why exactly we are being told these stories. What I love is that it’s not your standard autobiography with someone going on about their life story, you pick up pieces of Joel’s ~life story~ through anecdotes about his romantic exploits. It’s v funny, 10/10 recommend.

the real difference between new york and london

This was an article on Man Repeller that I read this month, it’s nothing super deep and meaningful but I really enjoyed it and when I was thinking of an article / blog post that stood out for me this month, this was it. I find stuff like this v interesting and I like that they really used a human perspective by asking different people instead of writing a standard these five points are what is different in NYC compared to London.

Part Youtube vid, part something from TV. One of the sketches from this year’s Sport Relief featured my fave player Muzza being woken up by Michael McIntyre and a host of other ~celeb~ guests (Daddy Pig anyone?) in the night to participate in a game show to raise money for Sport Relief. It’s v funny and his reaction to being woken up is why I love him. Worth a watch to have a lil laugh and you can donate afterwards which makes it even better.

Now this is a CONCEPT. Four tennis WAGs (hate that term, but not sure what other way people will understand) created an Instagram account for all the things they get up to when following their husbands / boyfriends around the world to attend the tour events they play. Their account is so beautiful, the aesthetics just get me, and it’s an influencer’s dream account. The account has only been going since January but is easily one of my favourites on the whole of the gram, I’m obsessed. I can’t get over what a good idea it is! These ladies are taking advantage of travelling around the world following their guys on the ATP tour by creating the most beautiful content around it, and I’m loving seeing the friendship they’ve all formed as a lil squad. The account is run by Julia, Noura, Steph and Clemence and I just can’t tell you how obsessed I am with their feed, it is all the goals. Also would live for a version with the big five’s partners, can we make this happen please because I’ve been lost with what to wear without Andy Murray on tour as his wife Kim is my ultimate style inspo. Imagine her outfit pics with Mirka Federer, I need this.

In terms of news, events, headlines and all of those things that caught my attention this month, of course I can’t not mention the March For Our Lives that happened on the 24th. The videos of the speeches from it are truly moving, I’m sure you’ve probably come across one or two of them already but they really do move you. I admire and respect the MSD kids so much, the way they’ve turned what happened to them and their school friends into this movement that is attracting more attention than ever before to the issues surrounding gun control in America is something truly amazing.

I’m trying to think what else but really all I’ve been doing is watching the sunshine double and that’s all I’ve been paying attention to. Del Potro finally won his first Masters title in Indian Wells in an unreal final against Federer and then he dedicated his win to his dog that died a month earlier by writing his name on the camera, I cry. Fed then got knocked out in his first match at Miami, where he was defending the title, by Kokkinakis (who I accidentally sent a tipsy snap selfie to yesterday ffs) which was a shocker headline everywhere. The women’s side of the tournament was super interesting and culminated in the reigning US Open and French Open champions meeting each other in the final, Sloane winning in straight sets. Can’t really comment on the men’s final because that’s only starting an hour after posting this but having a Lil Zverev v Isner final seems anticlimatic compared to last year’s Fedal final. I think John will take it and there will be all-American winners for the last year at Key Biscayne (Sloane, Bryans, Isner and Coco Vandeweghe is playing in the women’s doubles final after the men’s final tonight so hopefully she can win).

Haven’t rly been keeping up with much else apart from the ever changing Instagram algorithm, there have been rumours it’ll go back to chronological but do we really believe that unless it happens? Yeah nah.

This month’s blog posts are also listed below so you can catch up and giz a read on any you might’ve missed:

So that’s a lil roundup of my month and everything I loved during March, hope you find some new loves from this too.

Enjoy the rest of your long weekend!