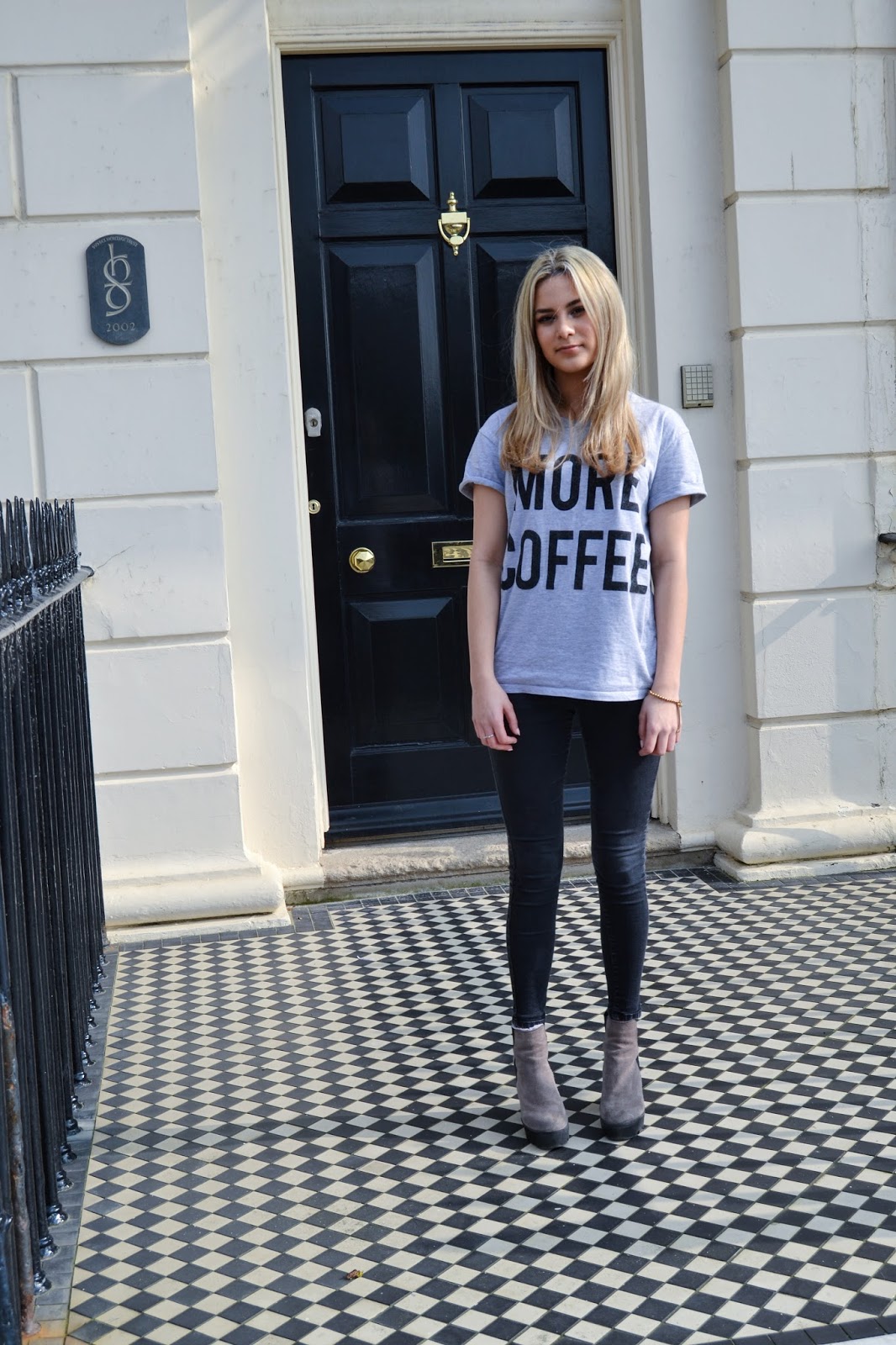 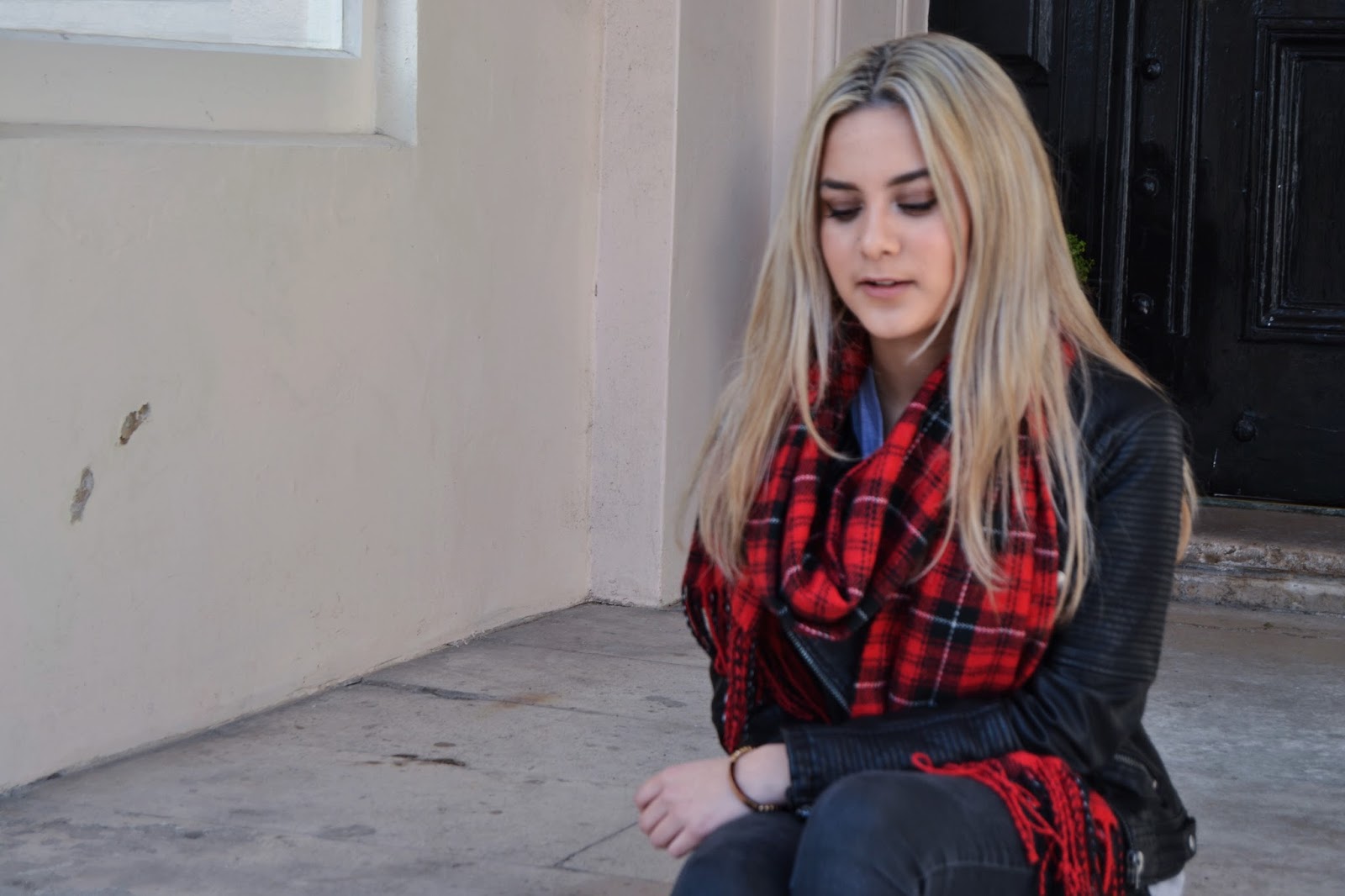 So you may have noticed that there was a bit of a silence on this blog, nearly two weeks of silence, but in that time of no posting there was also a subtle, little blog makeover. I’ve been wanting to slightly change my blog layout to what it is right now for a long while but I decided to wait a few months to decide if I still really wanted it, since I now have to stick with it for a while. Can’t be changing my blog layout erryday like it’s some measly Twitter header, right? (PS follow me on Twitter lol) And I’ve also been wanting to properly get back into the swing of things with my blog since I’ve been posting scarcely for the last month or two, mainly because I’ve been busy because it’s been coursework time and all that fun stuff, but I’m nearing my coursework deadlines which means I now have more free time to create, write and publish posts. I decided to have a twelve day silence, though I did post a YouTube video, because I wanted to plan posts ahead rather than churn out all of my ideas in one go and be left with nothing else to post. So that’s what I’ve done, and I now want to properly get into planning and creating posts ahead of time so I can schedule them and have more regular posts.

ANYWAY, long explanation of my posting situation over. Let’s get into the outfit. I literally live in this, I’ve been wearing this non stop since I got the jacket and top back on my birthday so I couldn’t not feature it on this blog because I wear it all the time. There ain’t no shame in wearing the same outfit twice, or a hundred times for that matter. I wanted to properly shoot the outfit with Amy rather than take iPhone mirror selfies because it’s one of my go to looks and deserves high quality photo justice. We did shoot more photos than just these and you’ll be seeing more and more of them on my blog over the course of the next little while. 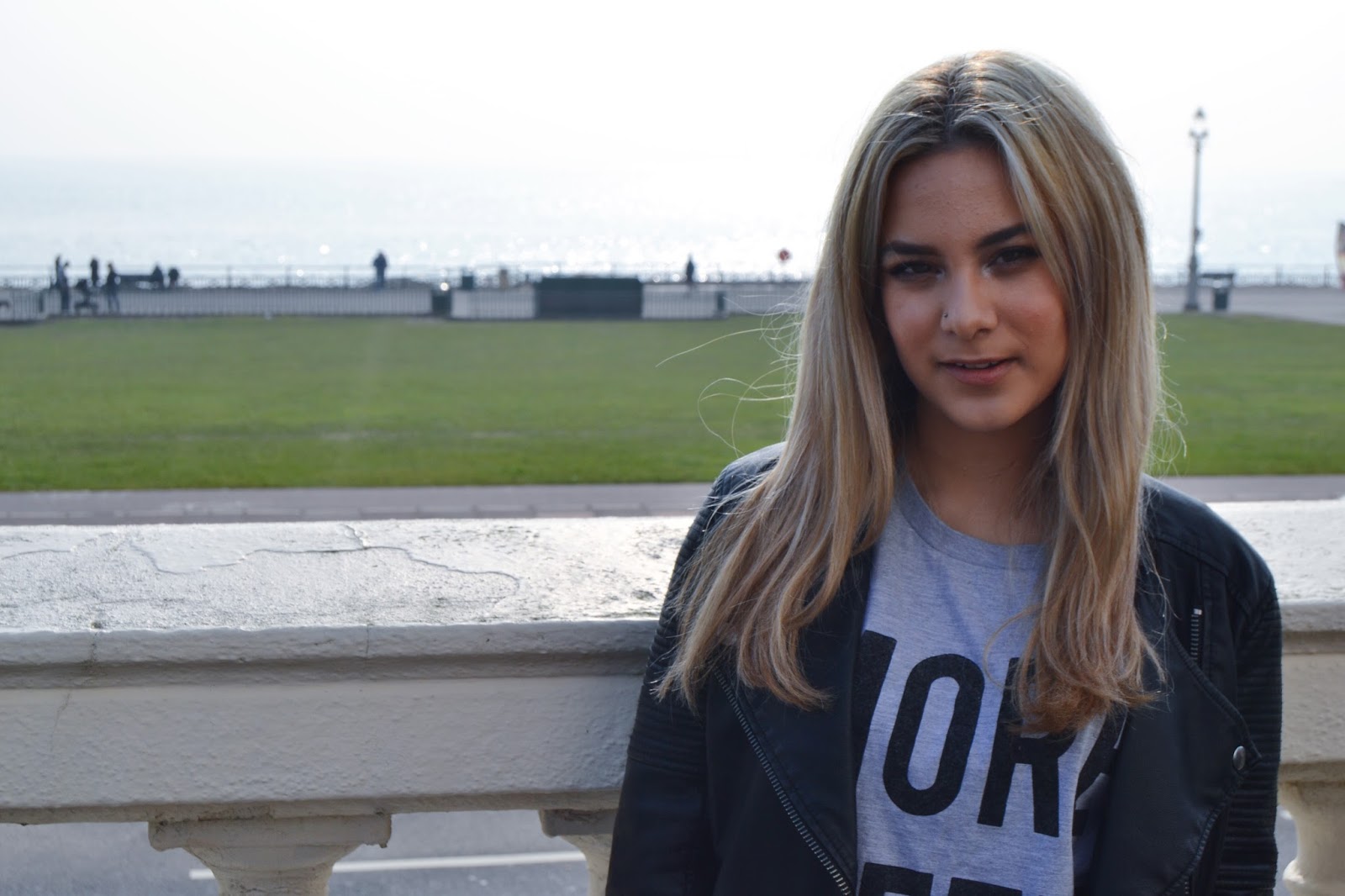 The one little detail of this outfit that makes it unique and a bit strange is that my top is actually a pyjama top. Some of you might find that to be uninteresting, and some of you might be shocked at the shame of me wearing pyjamas out as normal rather than to bed. However, pyjamas, or outfits that look very alike to pyjamas, are having a bit of a style moment right now. And if you wanted to try out the trend for yourself, this would be a nice way to ease into it without going all out.

Back in early December time when I first set eyes on this top in my local Topshop, I knew straight away how I’d style it – this outfit exactly. I knew it was a pyjama top from the start because it was in the pyjama section (duh) but I never, ever envisioned it as a pyjama top for myself. Only worn like this. 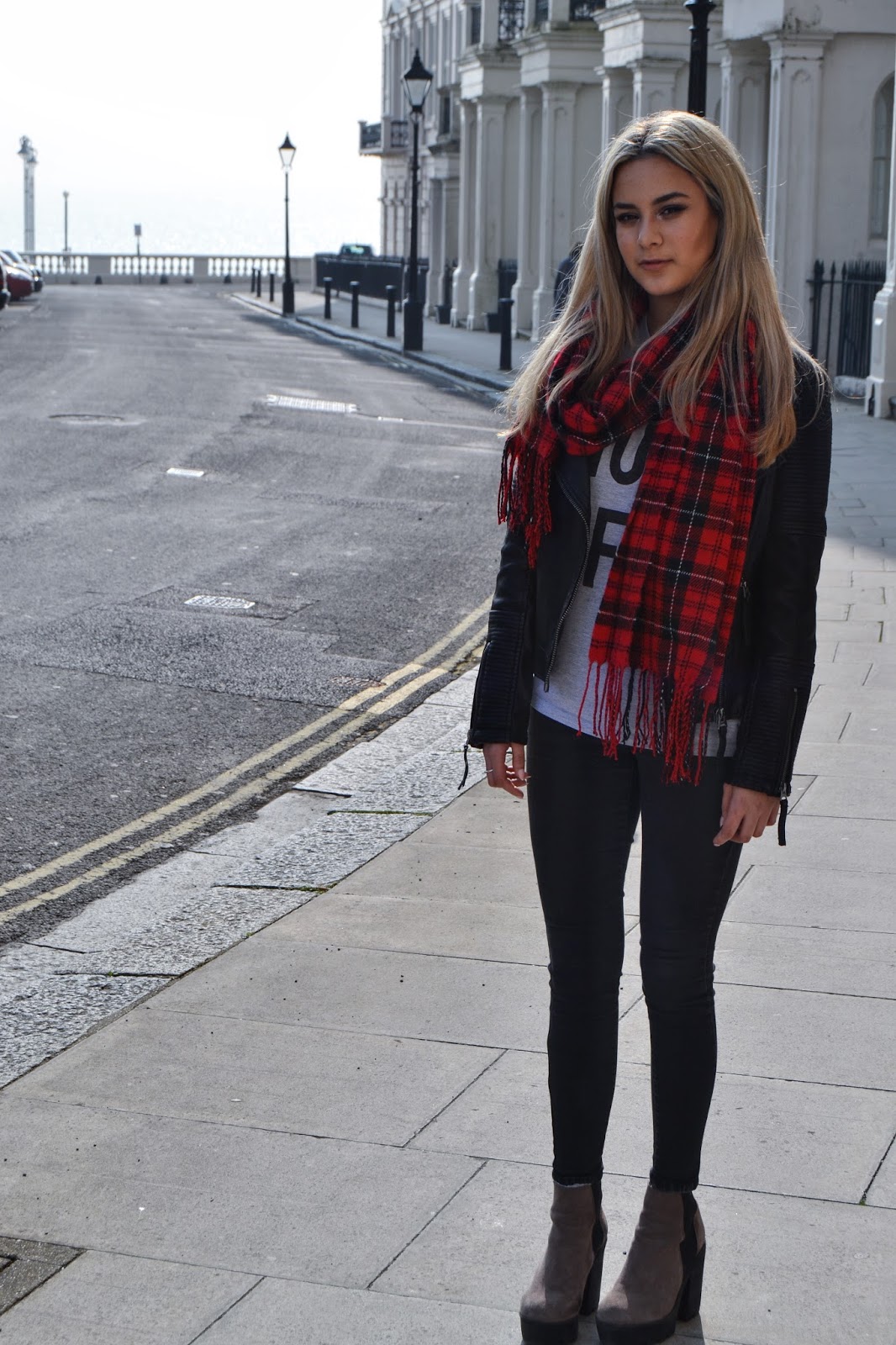 I’m pretty sure there’s an age old saying that goes something along the lines of it’s not what you wear but how you wear it, and I guess that sums up how I feel about this pyjama top. I wear it to college all the time, either styled exactly the same as in this post or in a similar way, and when I tell people that it’s really a pyjama top they can’t believe it. Obvs down to my amazing styling.

I don’t know if there’s a dead set rule that you ABSOLUTELY CANNOT WEAR PYJAMAS IN PUBLIC and that’s why some people will frown upon it and think you’re incapable of dressing yourself, but it’s about how you style the pyjamas, how you carry yourself when you wear them, and having the confidence to laugh at yourself for wearing pyjamas out. That said, maybe all negative connotations that have previously come with being so lazy as to wear your pyjamas out in public might change because of the current trend of doing so. 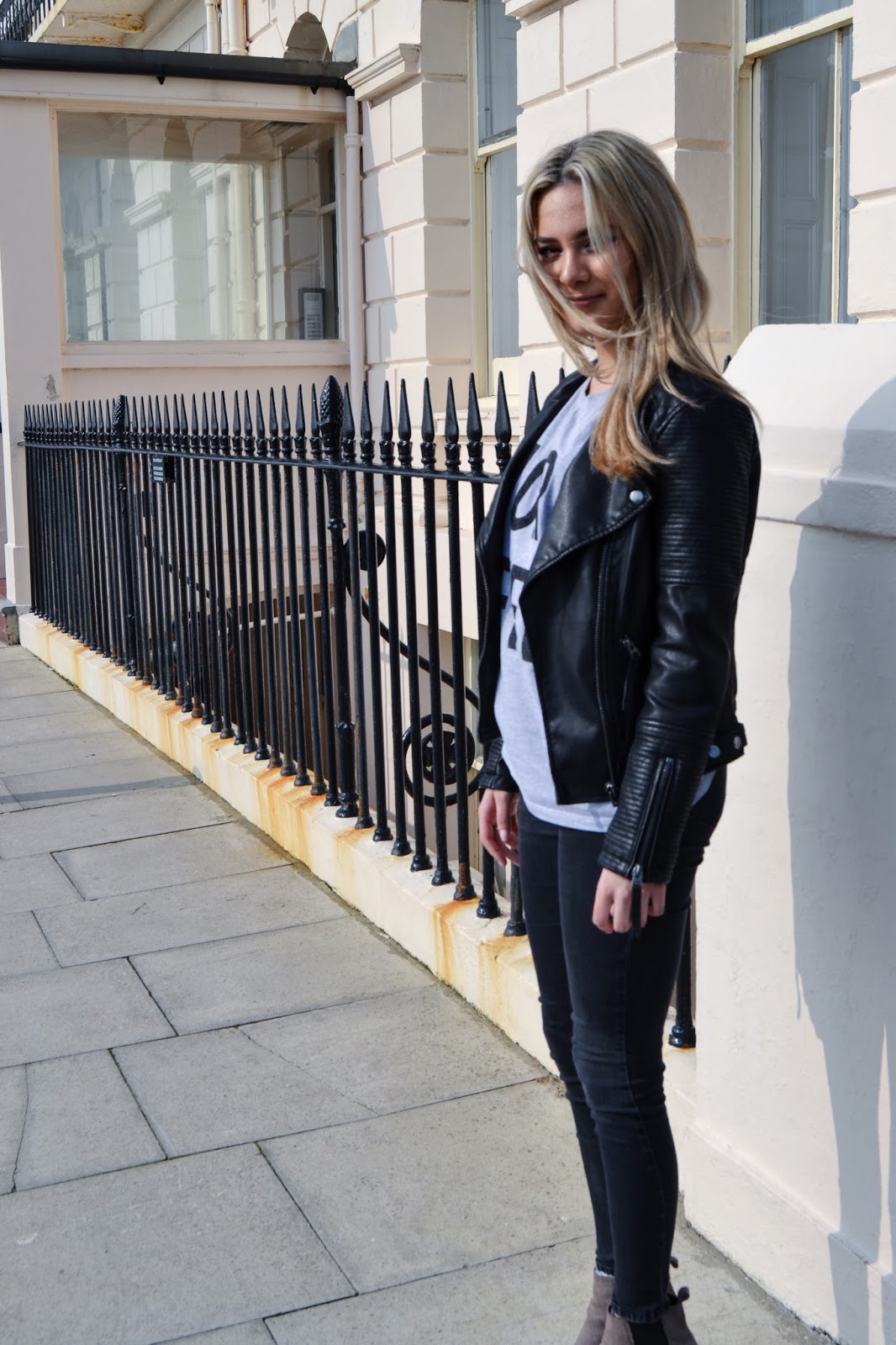 Sure, it’s one thing to go to town actually still wearing the pyjamas you just slept in last night because you’re hungover af (and if you wanna do that then that’s fine anyway) but buying the pyjama(s) with only the intentions of wearing them normally makes it come across a little more acceptable, and makes it a little easier to style up as a normal outfit. And with this top in particular, the style of it is almost identical to those Geek tops that Topshop did a couple years back – remember them? Everyone and their mother had one. I didn’t. The only difference is that the Geek tops were slightly more fitted on the torso than this one.

I love this top because it’s grey and wearing grey is my new favourite thing. I love this top because it says MORE COFFEE and nothing has ever been so relatable to me. I don’t wear it to bed, and even if I did, I’d still wear it out the next day. The best thing is, if you wear it out as normal, you get the comfort of pyjamas while still looking stylish and put together. In fact, I love wearing this pyjama top out so much that I bought a new one, which arrived to me yesterday, and I plan to wear it out in the day and to bed and night. Wild. I’ll definitely feature it on the blog soon but the link is here if you wanted to check it out! 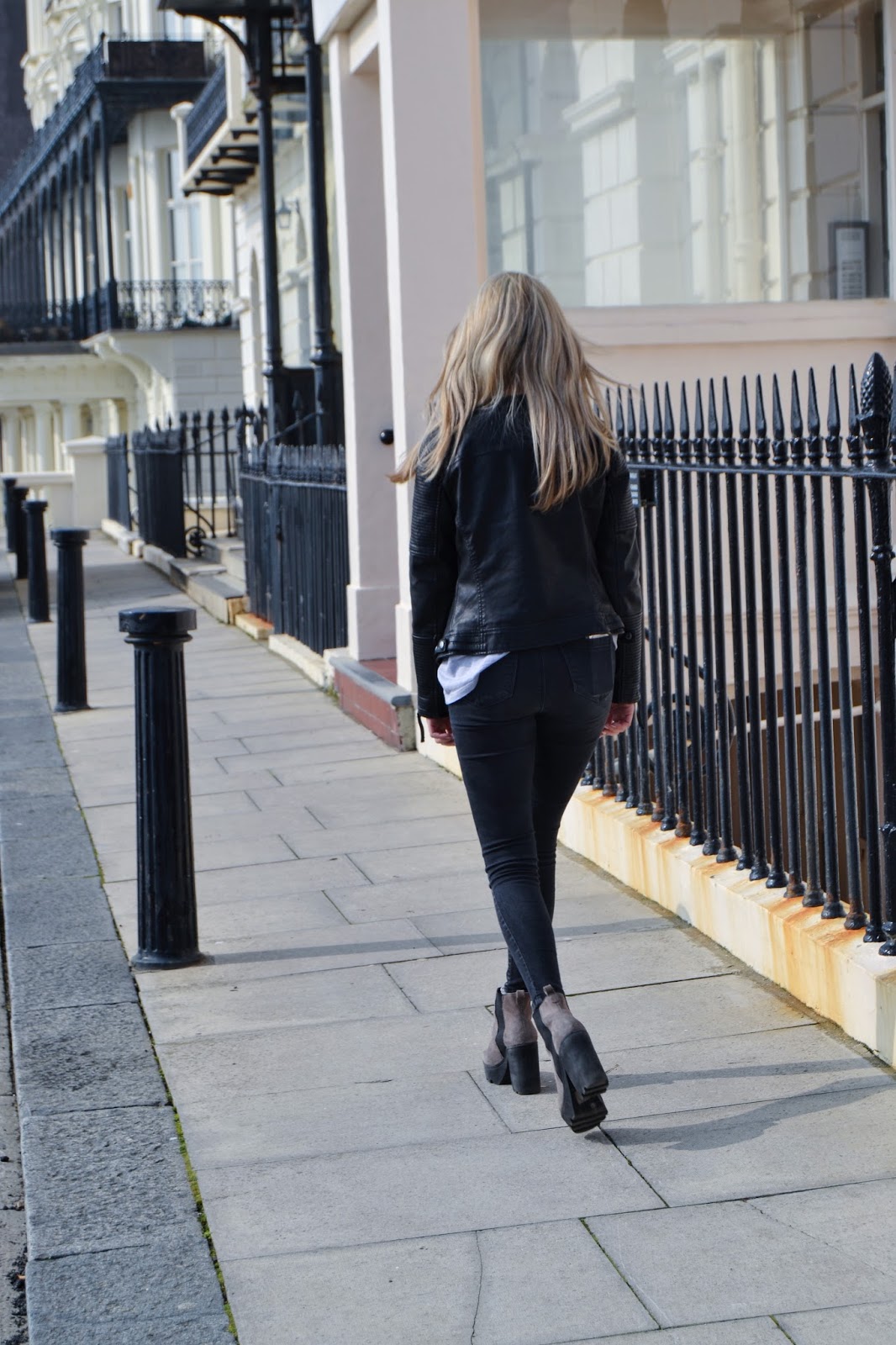 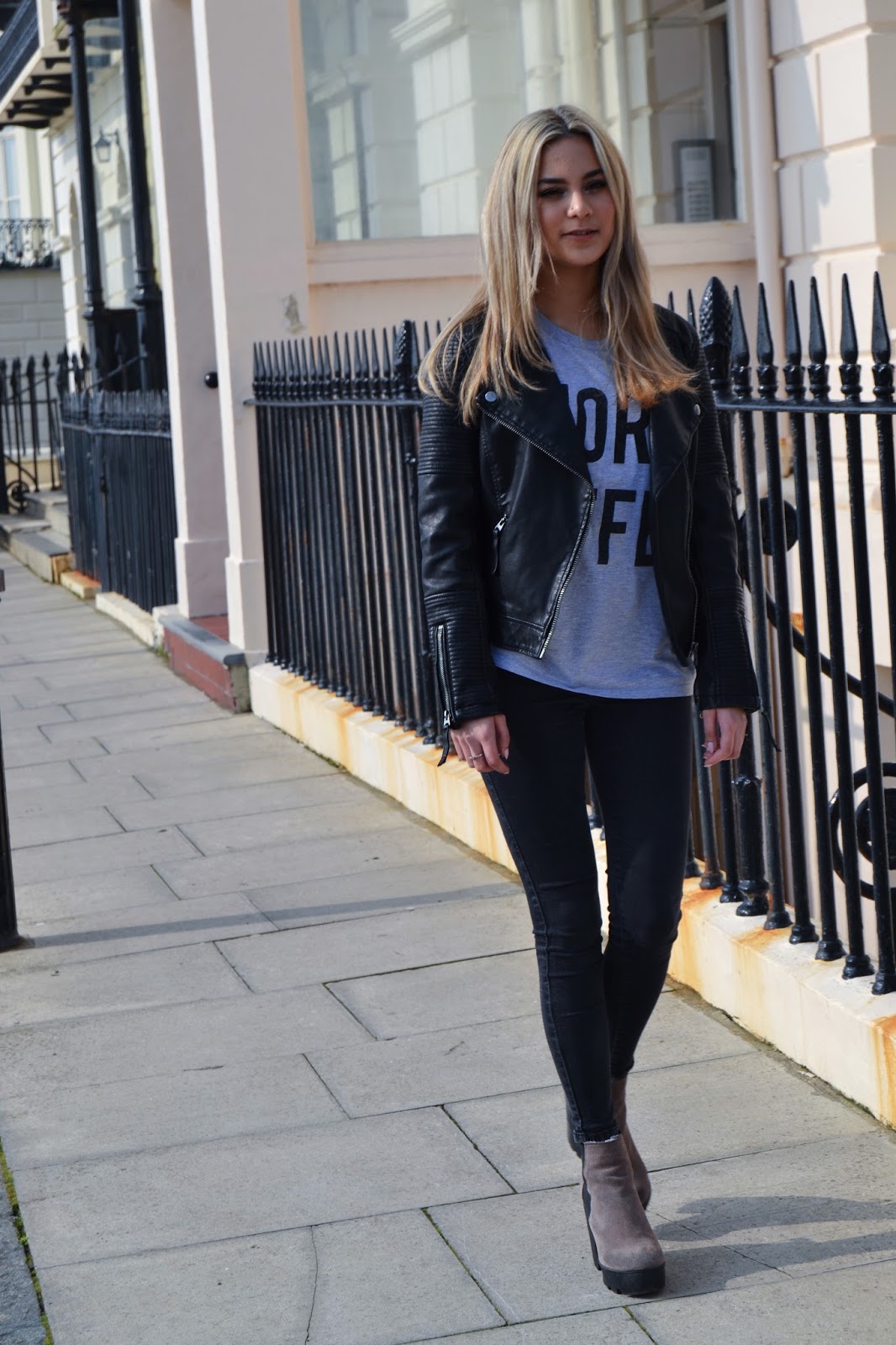 As for the rest of the outfit, this (faux) leather jacket is so amazing. It looks way more expensive than it is. The style, shape, fit and details definitely give off a more luxurious vibe, almost like an Acne leather jacket, but you don’t have to break the bank to get a similar looking jacket because this one is Topshop and it’s faux leather. I own four leather jackets in total, I’m not sure if all of them are faux or not as two were given to me by my aunt, but this is definitely my favourite by far. I featured the top and jacket in a haul over on my YouTube so you may have seen them there already.

The scarf is the classic red tartan you’ve seen everywhere in Winter for the last few years, and I wore my Joni Jeans and heeled boots from River Island that I wear all the time. I actually have a post on five ways to style Joni jeans, both black and blue denim, here. 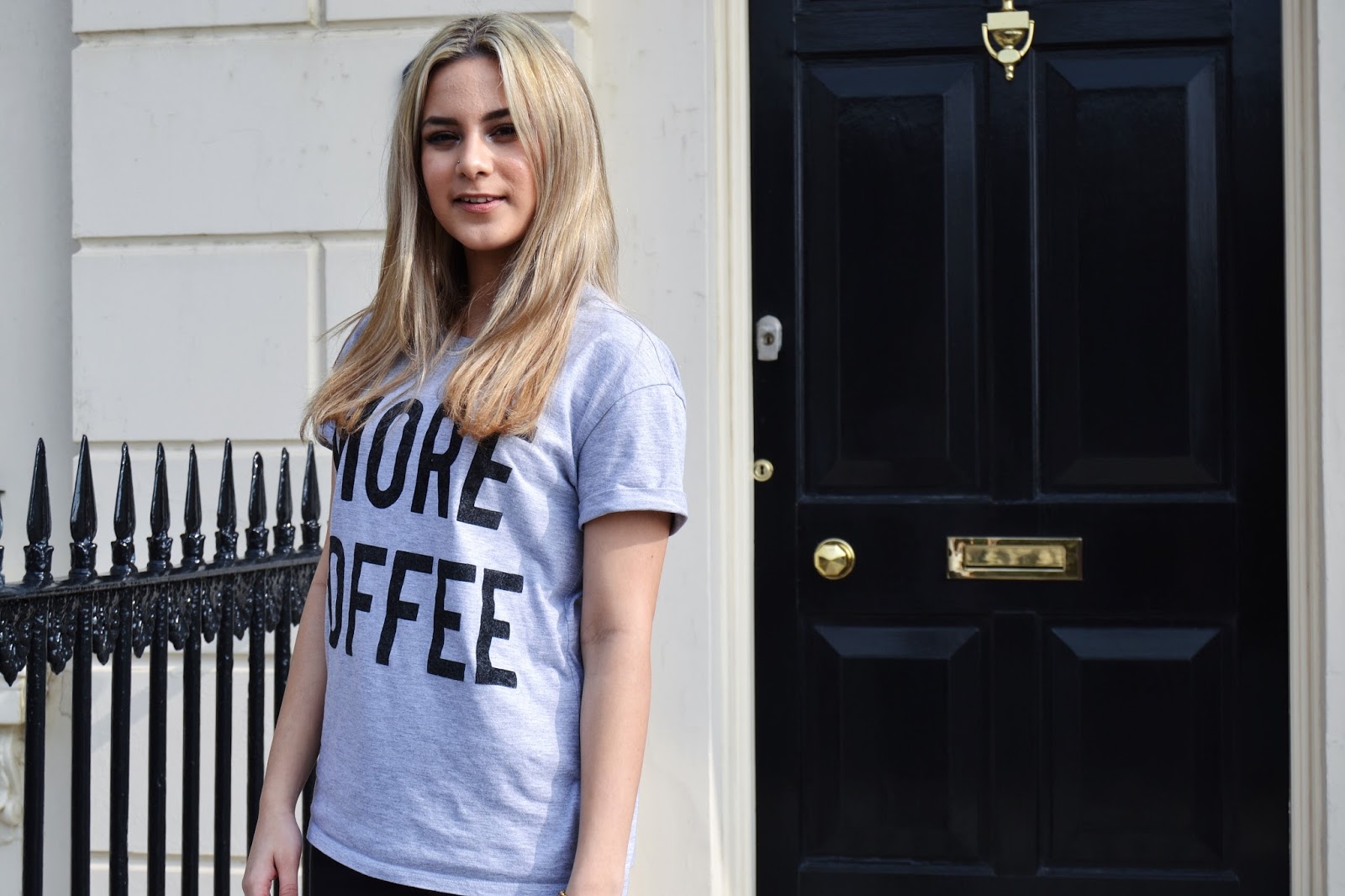 So in short, wear pyjamas to bed. Wear pyjamas out in public. Do what you want, don’t care what anyone thinks and don’t judge others for their outfit choices – whether or not they’re wearing pyjamas.

What are your opinions on wearing pyjamas out in public? Are you going to get in on the trend or give it a miss? I’d love to hear your thoughts on whether or not you think it’s ~scandalous~