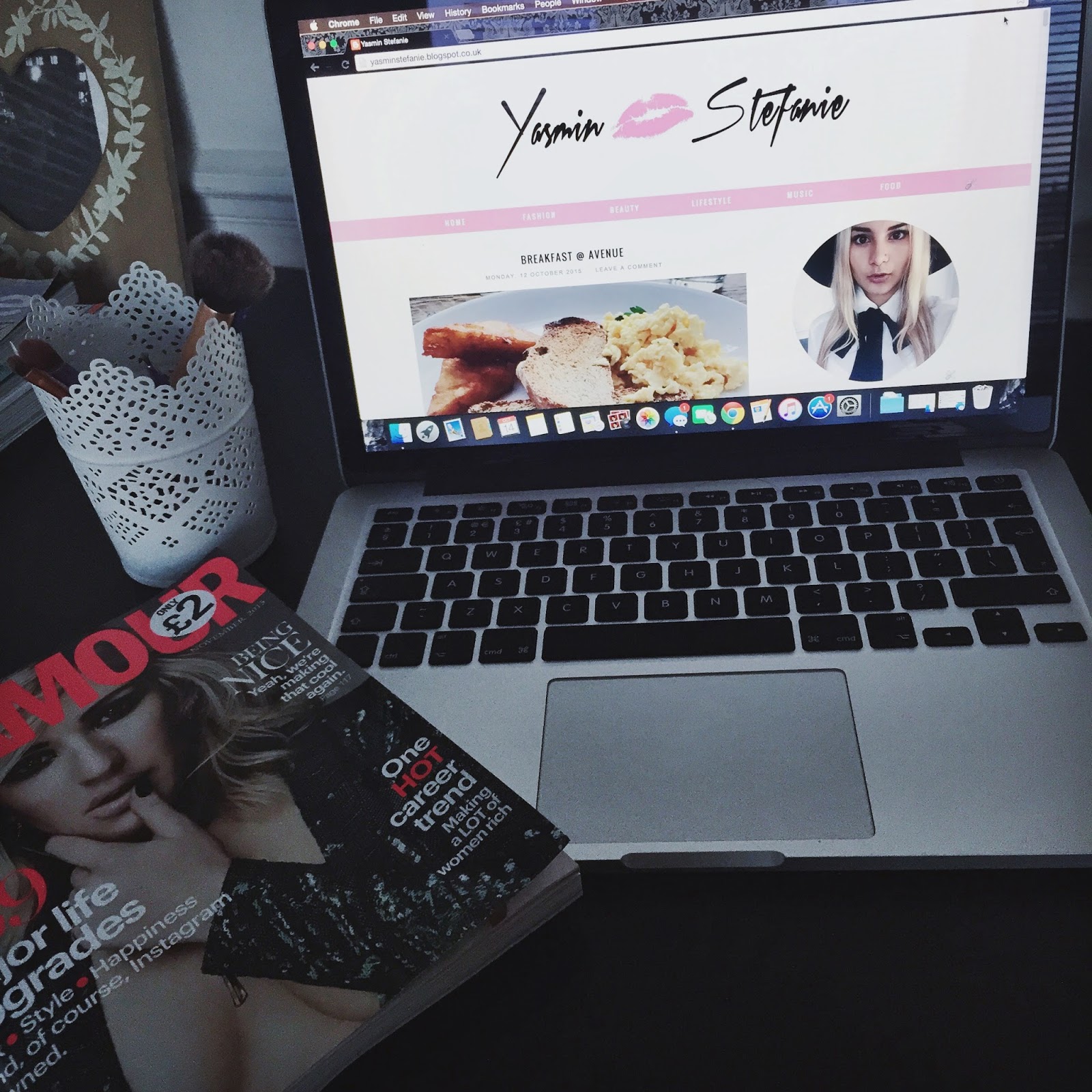 Fun fact: I’ve had two proper blogs before this one. One went quite well, one lasted for four posts. But I’ve never shared exactly why I started this one so I thought it would be nice to tell my short but sweet blogging story and mention why I started this blog!

My very first blog (the one that lasted four posts) was created when I was ten or eleven. It was called Stylishh Kitty and still exists on the Internet to this day. I’ve linked it for you all to go and have a great big laugh at me though I’ll probably deeply regret it when you all see the way I used to look / dress / write and judge me for it. I don’t know what inspired me to start it, although I know I had come across a few blogs such as llymlrs by that age so they must’ve been an influence.

My next blog was on Piczo (remember Piczo?) and it’s no longer around because Piczo shut down, not because I shut that blog down. I kept that going for a while, probably a year if not more, although my posts became much less frequent after the first six months. I took that blog more seriously, I had some fashion posts and lots of rants, updates and open letters. I blogged some of my move back to England from Australia so I’m gutted that Piczo shut down because I can’t retrieve any of that. I think my blog was called English Loud Mouth but my URL was something really overly-deep like confessions of the rain.

After that I’d always wanted to start a blog again but I knew that I wouldn’t stick to it. We all know that I did YouTube twice before and never stuck to it, though I’m now trying it again for a third time just as a side thing to my blog and I’m gonna be filming for it from next week. I didn’t really have any ideas for it and I don’t think I was ready to start a blog. Then this year in Spring I decided that, come Summer, I wanted to start a blog. I was ready, I had tons of ideas and I decided that I’d start it when I came back from Magaluf so that it could be my first post, which it was! I planned lots of ideas for my blog, my favourite idea being the fuckboys post which I am so incredibly proud of because it makes me and whoever I’ve spoken to about it laugh so much. I think now that I’m older and I’m in college with more free time, I’m ready to start my real blogging journey. This is the third proper blog I’ve had, this is the third time I’ve restarted my current YouTube channel (you lot better believe that there’s some videos of me when I was ten years old and super embarrassing floating around YouTube on another account somewhere that none of you will ever see, ha) so it’s a little pairing of third times so I’m hoping that this will be third time lucky, it’s proving to be so far!

Blogging is something I’ve wanted to do from a young age, it’s something that will greatly assist me in the career paths that I’m planning to go into when I’m older. I much prefer blogging to YouTube too, not that I don’t enjoy YouTube but I just love writing posts and choosing what photos I want to go with each post and planning what to post about next, and it means a whole lot to me that people actually read my blog – not even just the people in the same fanbase as me on Twitter who already know me!

So that’s my blogging story and journey so far and why I decided to start this blog! It’s only been going for about three months now but it’s been a great three months and it’ll continue to be, and obviously I’m not some long-time blogger with thousands of you reading my blog but it really makes me smile when people read my blog or comment or tell me that they like it. I always found it somewhat patronising and cliche when bloggers or YouTubers didn’t stop banging on about how much they loved their readers and subscribers but now I understand that it’s so genuine. You all make me very happy and that in itself is motivation to keep blogging.