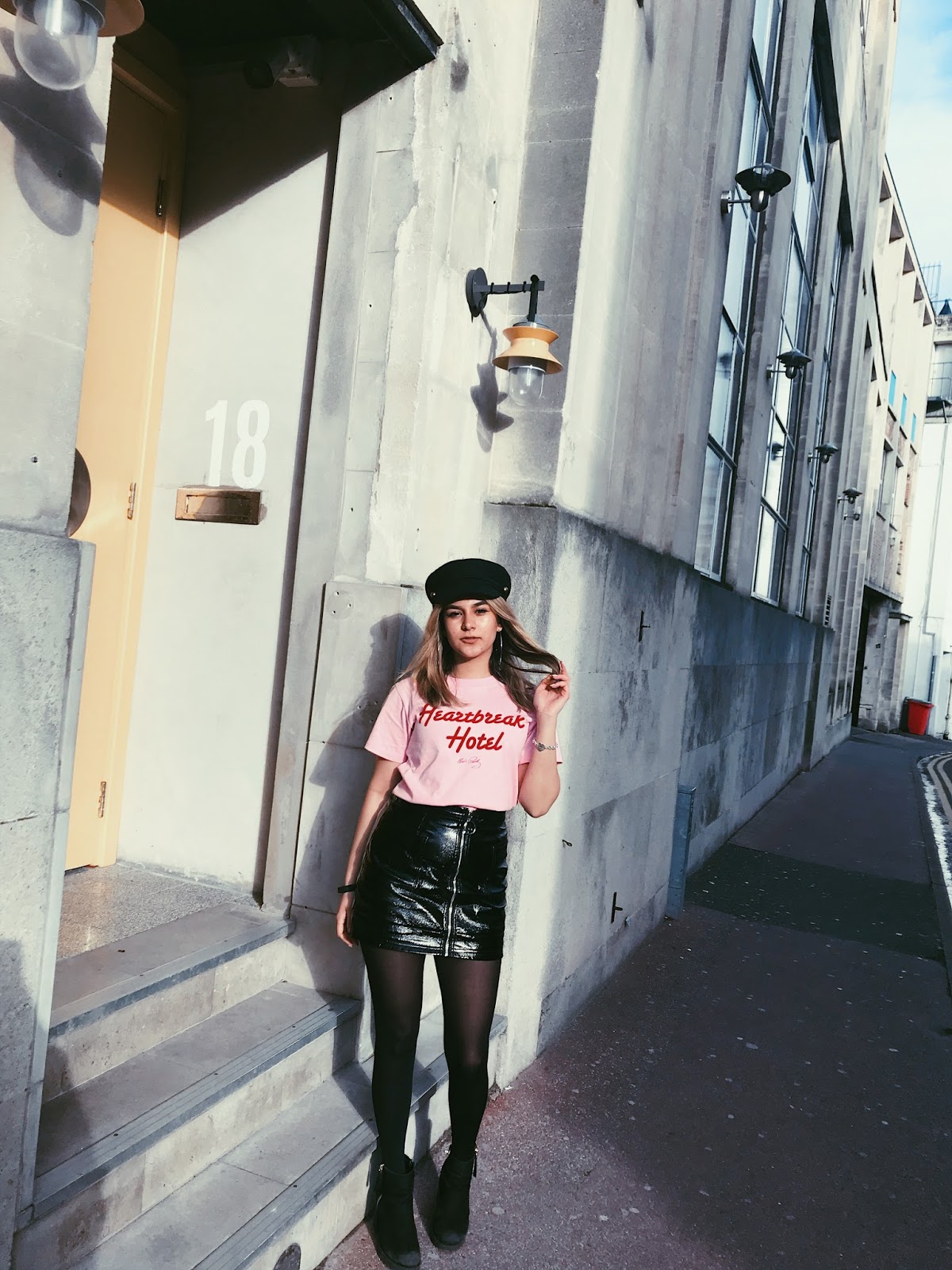 Have you ever broken up with someone, or even just stopped talking to them, and told your besties group chat that you were gonna ‘get hot’, show them what they’re missing and make yourself desirable af now you’re single?

We have this slightly strange culture of doing things post-breakup to announce our single selves to the world and make our exes regret ever losing us. Whilst this can spark self-love and empowerment and give you that lil push in the right direction of getting your shit together as a thing you want to do for yourself, it has also given us this idea that we need to do it as some sort of justification, to prove ourselves to everyone else and especially for whoever you just broke up with.

A common one is hearing people repeatedly say that they’re going to go to the gym and/or lose weight post-breakup to show their ex what they’ve lost and make them jealous. The revenge body. There are a few problems with this. 1. It connotes that in order to attract attention romantically your body needs to look a certain way, feeding this discriminatory idea that only one body shape is desirable. 2. Why is your goal to make them jealous and continue to focus on someone who clearly didn’t appreciate you enough instead of focusing on yourself? And 3. If you’re not doing it for yourself, should you really be doing it?

The third point is a bit subjective. Maybe this has given you the motivation you needed to do something that you’ve wanted to do for yourself for a long time. Maybe, a week or a month into your new exercise plan, you realise how much you love doing this and you continue to do it for yourself, having already forgotten about the little rat you set out to do it for. 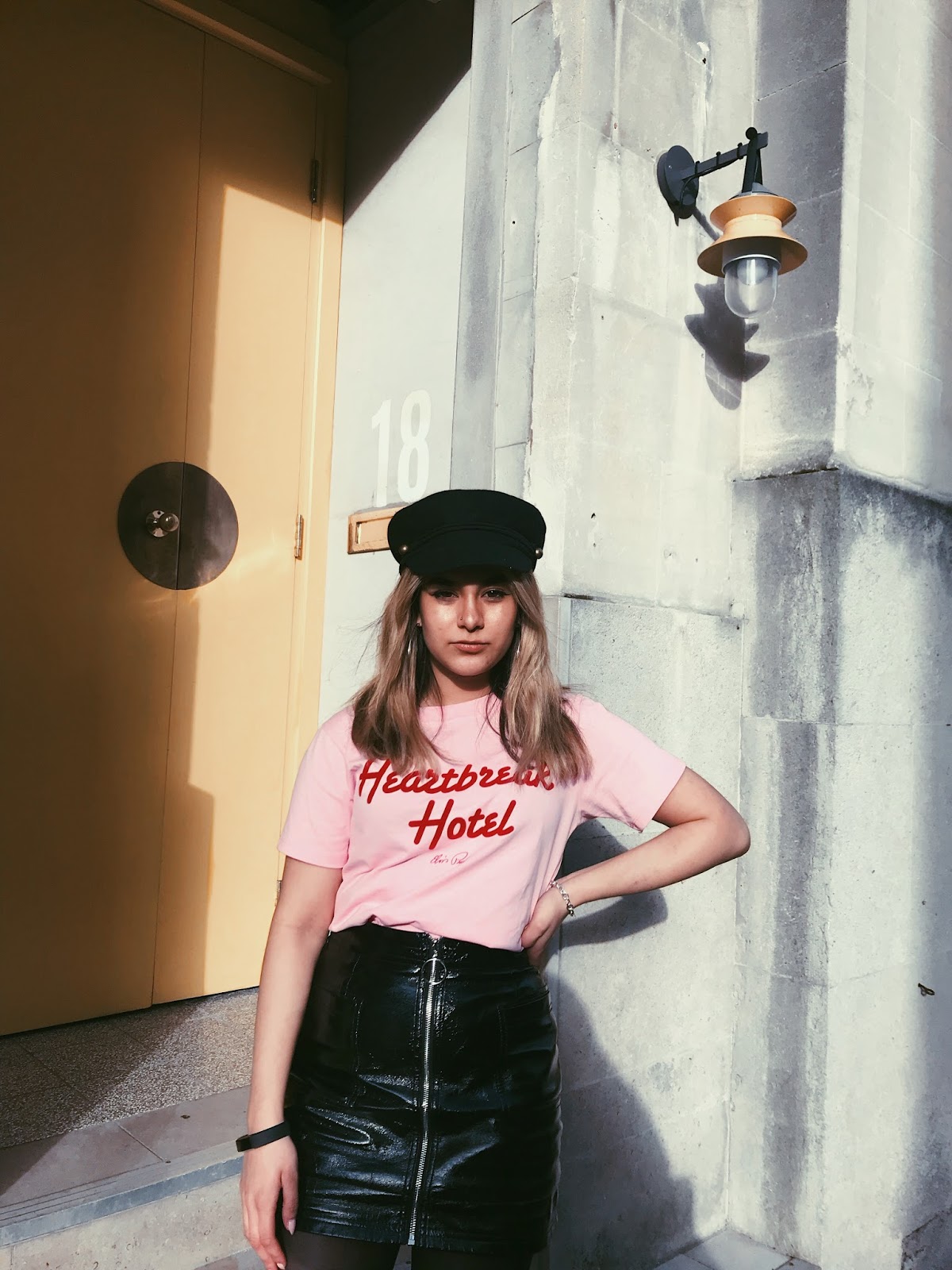 Self love can almost be a taboo, you don’t want to look like you’re ~obsessed with yourself~ so maybe you don’t do things for yourself because you don’t want to come across as selfish, or maybe because you’re just too selfless to actually do things for yourself. This idea needs to go. Too many people aren’t doing things for themselves because they just don’t think they should. Maybe you’re using your breakup as an excuse to do something you’ve wanted to do for yourself for so long, and just disguising it as doing it to make your ex jealous. There could even be instances where your current partner is holding you back, not letting you reach your full potential or doing all the things you need to do for yourself, and you don’t realise that until you’re broken up so that’s when you decide to start bettering yourself.

My view on anything that people see as controversial – plastic surgery, losing weight, only posting pics of yourself at your 12/10 best – is that you should do it if it makes you happy and you’re doing it for you. The problem starts when we create a whole concept of doing it for other people, a la the revenge body.

It might not be a revenge body for you. It might be a revenge job, a revenge holiday, a revenge car, a revenge wardrobe, even a revenge face. If you’re literally only doing it as a big fuck you to your ex, it’s not worth you doing it. Your heart won’t properly be in it so you won’t even see desired results, and if you’ve made a pretty permanent or expensive change then in six months you’re over it you have to live with a decision you made solely with someone else in mind for the rest of your life.

The idea of doing things now that you’re single makes it look like you need to justify being single and succeed at being single. What does that even mean? Can you succeed at it? Is there anything to actually succeed? It creates a shame around being single, which has always been the most ridic thing to me ever. It also, again, fuels the idea of making yourself desirable in one way or another. It makes you feel like there must be something wrong with you if you’re single.

To me, being single is just as small a deal as not being single. I know both are a big deal as in your significant other (lol I hate this phrase and hate when I read articles with it in but it’s one of the only inclusive terms) means a lot to you, or a big deal as in your relationship status alters a whole lot about your life like where you live, who you live with, the direction your life is headed in the near future. But the actual status itself, being single or not, is just another fact about you. The same as if you told me you had brown hair and your friend told me they have blonde hair. Just a fact, a detail, like cool let’s move on don’t rly care, only care if you’re a nice person.

We shouldn’t be living a life where we can feel ashamed or sad to be single. Finding happiness in being single is super important because it’s a time you have to focus solely on yourself and don’t have another person playing such a big part in your life. If you feel ashamed to be single, feel like it’s something you need to succeed at, or feel like it’s a status you need to change asap rocky that’s when you’re doing single life wrong. Just think of it as another little fact about yourself, like your hair colour. It’s not something you should go out of your way to change, it’s just another time in your life like school or work. 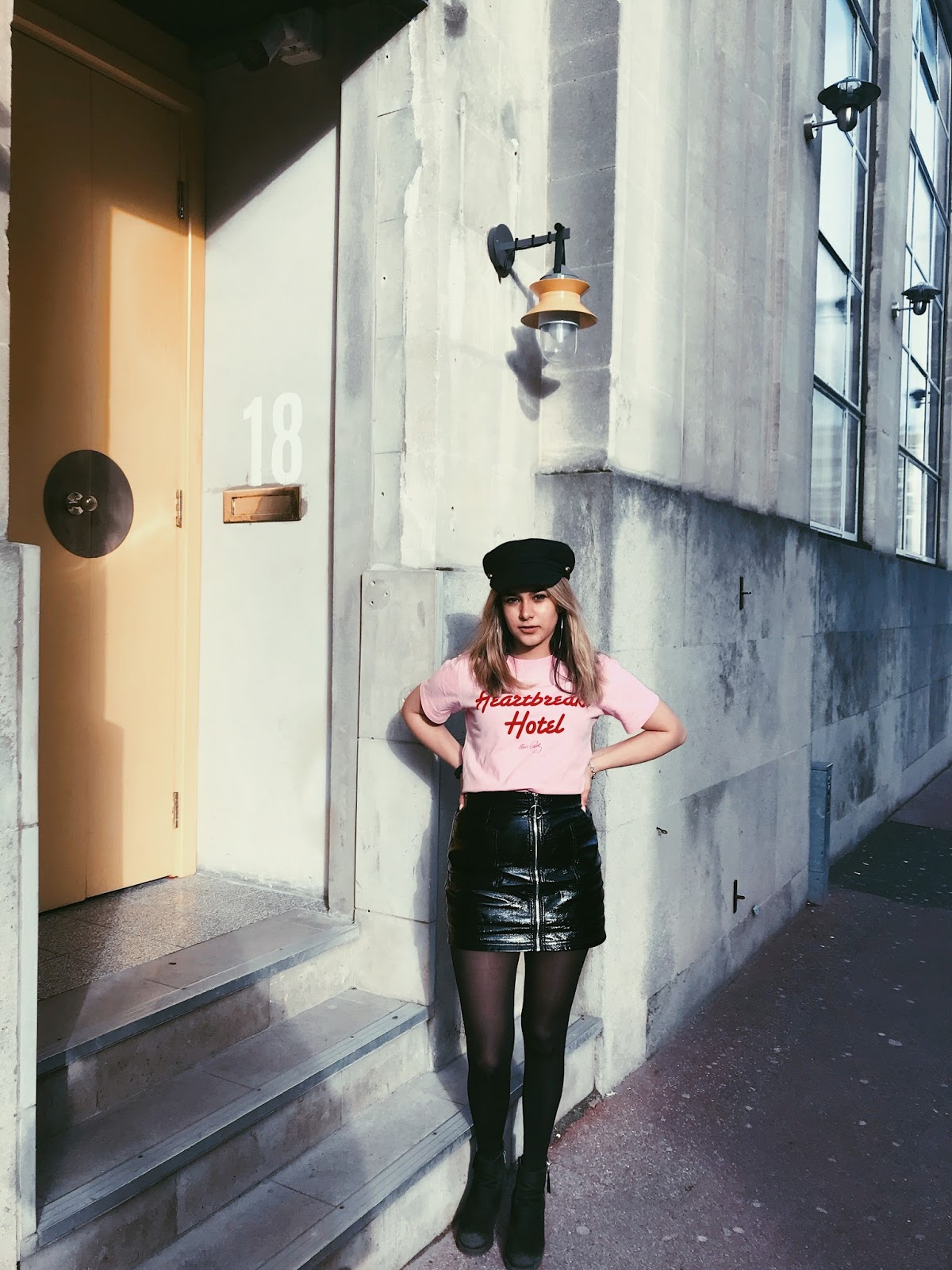 Shall I throw in that quote? That ‘nobody’s going to love you until you love yourself’ thing. Which, tbh, can sometimes be wrong but most of the time it’s true and you get the sentiment. If there’s ever something you want to focus on whilst being single, it should be yourself and your happiness. Do things for yourself, make yourself happy, be selfish and don’t get affected by a label of being single or how you want someone not even worthy of your time to view you.

In fact, if you need to leave a relationship to focus on yourself then do it. It always seems like the biggest cop out of a reason to break up with someone but you gotta do what you gotta do to find happiness within yourself. I ended something with someone because I wasn’t feeling 11/10 about myself so I wanted to go away and sort my life out and do things to make myself feel better about myself, and it worked. I came away happier and more confident.

The TL;DR of this post and I guess the point I’m trying to make is that it’s not worth worrying about what other people think and doing things for other people. Don’t change yourself to make someone jealous, don’t feel like you need to succeed at being single in fear of being judged for actually being single. Just live your best life, have fun, and make sure (nearly) everything you do is in your interest. 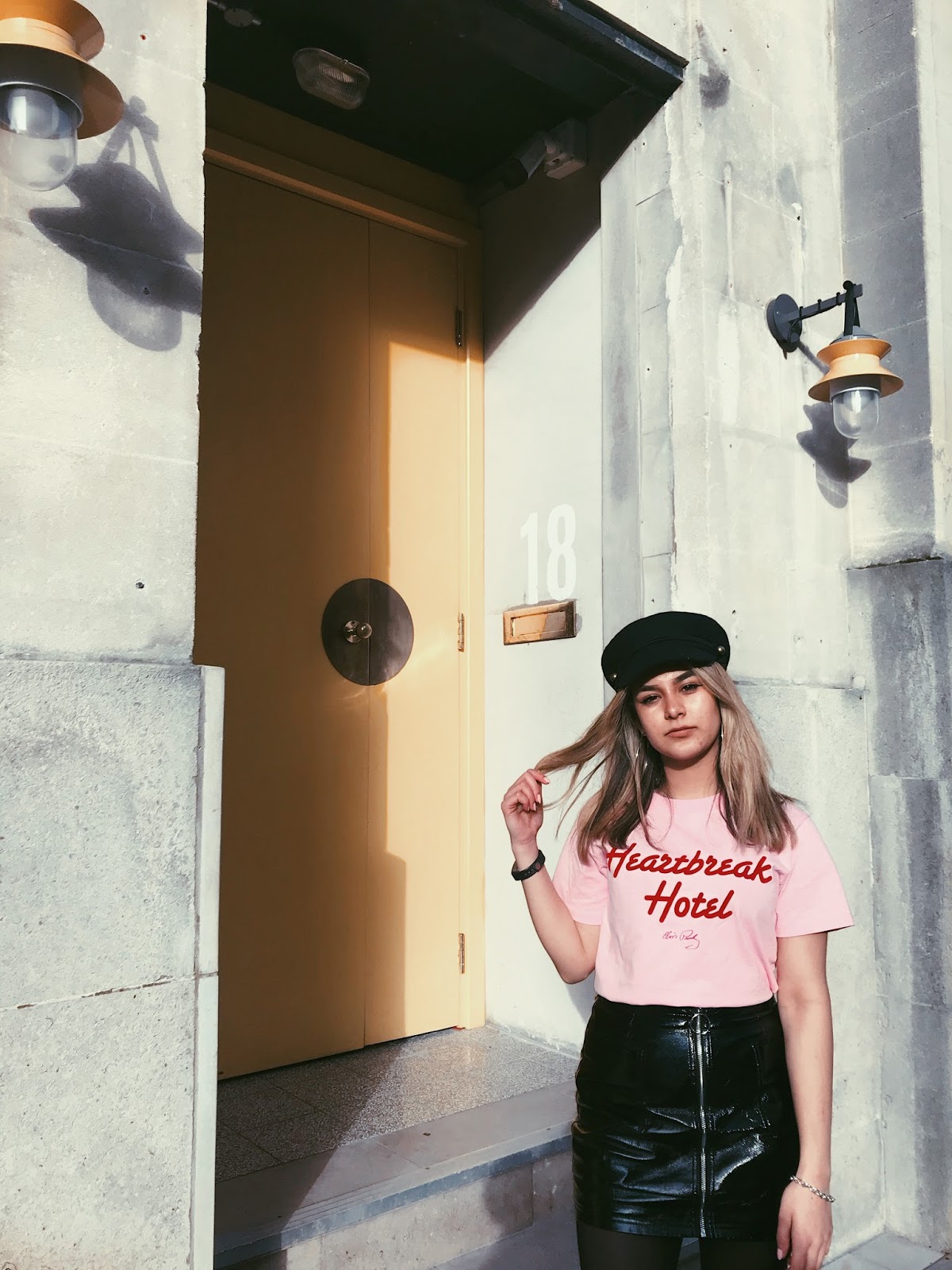