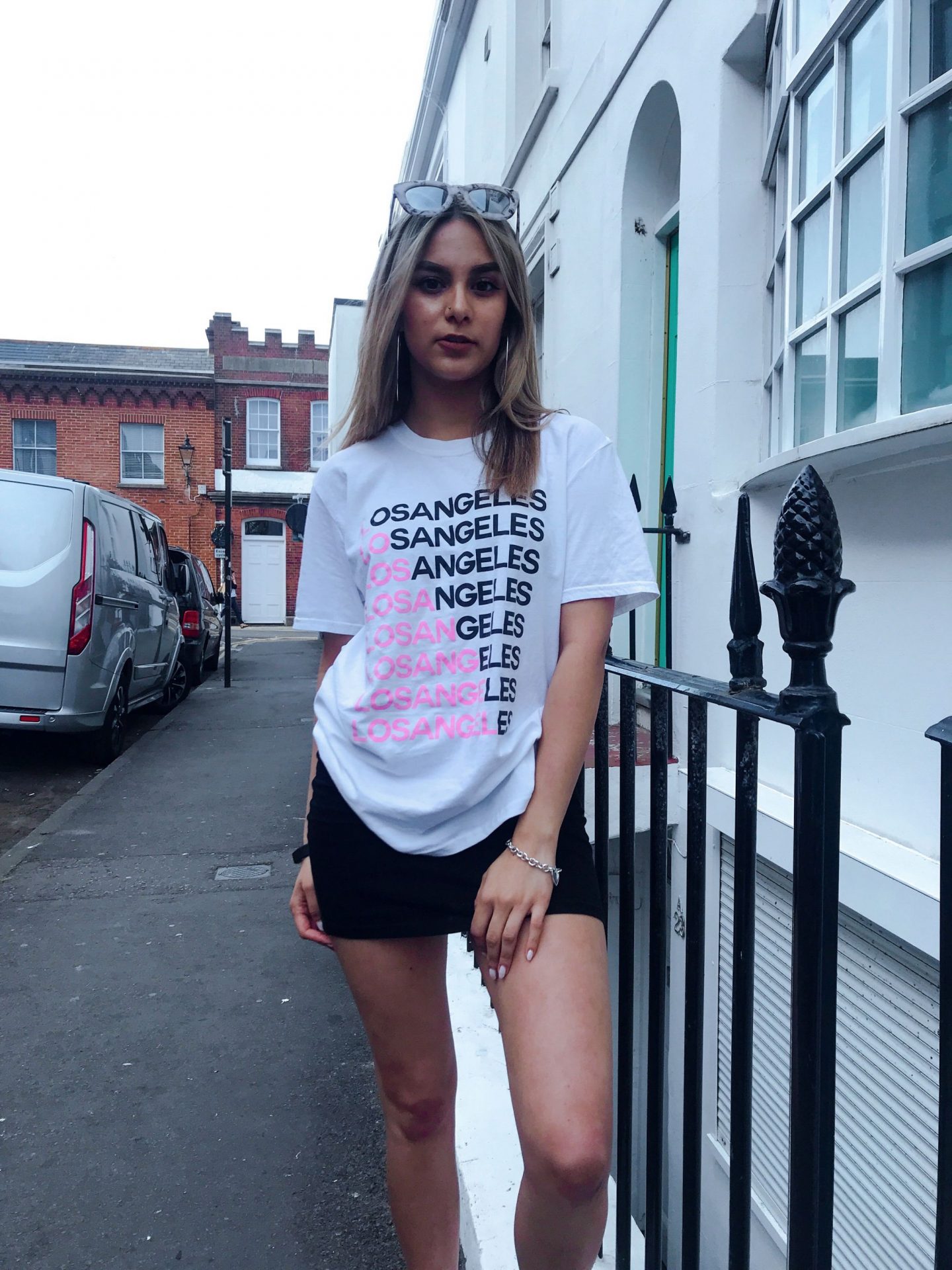 Well would ya look at that, yasmin stefanie dot com (SOMEONE STOP ME!!!) is all different. I’ve been banging on since like January about how I’d get myself a WordPress migration in the Summer if I felt I’d earned it – queue The Weeknd in my head – and that’s exactly what I’ve gone and done. It all happened so quickly and easily thanks to the wonderful team at pipdig who helped ya girl out to such a huge extent and gave me the blog of my dreams. If you need anything for your blog I could not recommend them enough, it’s where I got all my themes back when I was on Blogger (ya know, like a few days ago still) and this migration process has been unreal.

The layout is totally different and is absolutely a bit of me, it’s definitely taking me some getting use to and is a lil shock to the system but it’s probably the best embodiment and representation of me in a layout I could ask for, not to get too deep lol. I love the clean, editorial, all white blog styles people seem to have with typography that could rival Vogue and Elle but I’d be lying if I said that was 100% me. Millennial pink? That’s hella me. I am a sucker for A ConceptTM and a good bit of branding, and I’m v happy with where this blog is at regarding those things at the moment. I hope you all love it as much as I do, and I can’t wait to keep playing around and adapting my posts to fit the new ~lewk~.

Anyway, we are here to chat growth in blogging and the cheating that occurs within it, so let’s get into the good stuff.

Whether or not blogging is your hobby or your fully-fledged career, wanting or trying to grow as a blogger isn’t a bad thing. Yes, you shouldn’t come into blogging if you genuinely don’t want to do it and are just looking for an easy way to make some dolla and get some ‘gram sponsorships (and is the key word here, if you really want to blog and think, yeah, I’ll make some dolla whilst I’m at it too then that’s totally fine!), but too many people nowadays make a point of condemning anyone considering making something of their blogs. Chloe from The Little Plum, aka one of my fave blogs ever, wrote about this a lil while ago and articulates it much better than I ever could, so go give her post a read because she basically voices my thoughts on this topic. So whatever your motives are behind blogging, growth is something you’re probably going to try and aim for at some point, whatever that growth is to you and however you define it. You could be aiming to get to 1k Instagram followers (like ya girl over here🙋🏼🙋🏼 shameless plug but pls help me achieve it lol), you could be aiming to make x amount of money, you could be aiming to reach 500 blog views or you could be aiming to work with x brand – it’s entirely up to you and what you want out of your blogging journey.

For a long time I never wanted to admit that I wanted to grow, and even now I’m happy with my blog as is, but it would just be nice, ykno? And with zero motive behind it either, it’d just be nice to know that a decent amount of people were reading and enjoying what I had to share. And, as I’ve already mentioned, I see nothing wrong with having motives behind wanting to grow either. For me it’s a matter of I take my blog seriously enough (when uni isn’t a priority, as we’ve all seen) so it’s nice to see people reading and engaging and commenting on my posts, because it feels like the hard work and the taking-it-seriously is worth it and that it pays off, because it does. I think there comes a point in your blogging journey where you start seeing some sort of pay off for your efforts and work, whether it be more readers, more engagement, more followers, brand collabs and opportunities, getting shared and noticed, and you realise that even if your blog remains as your little side hobby, you could really have something here. So you want to tap into that.

What about the people cheating their way to growth? If you are at all involved in the blogosphere, you will know by now that there are people out there who will buy followers, likes, comments, and god knows what else you can even purchase in that regard, just to appear like they have a large following and influence to encourage brands to approach them and work with them. And, sadly, it works. We’ve all seen it, we’ve all spoken about it, we’ve all read or written posts about it. It happens, and it can be disheartening af to see that your months or years of work are being overshadowed by someone popping up on the scene, buying 50k followers and getting paid to promote stuff to that fake audience. Personally, this is where the entering-blogging-to-make-money thing becomes wrong. If you have ideas or outfits or content you want to share and think why not try and make some money out of it too? that’s totally fine, why shouldn’t you try to create your own career or side-hustle when it seems to work for others? But, when you come into blogging or the social media influencer (yep, still hate that word) world wanting money and buying your followers in order to gain those sponsorships, that’s when it’s wrong and that’s when your motives behind entering the world of blogging are so extreme that you just shouldn’t. You haven’t put the work in to reap the benefits, you’ve just cheated the system.

There’s also more legitimate forms of cheating, which you might not even regard as cheating yourself. I think the whole following-someone-just-so-they-follow-you-back-then-unfollowing-them thing is one of the worst things you can do. It’s unfair and ingenuine. It’s not a valid method of growth, it is still cheating the system. Yes, they probably followed you back because they genuinely liked your feed and yes, they’re a real account and not a bot, but why can’t you just keep following them as well then? Why you gotta unfollow, dya think it looks cool to be following about 10% the amount of followers you have? I know I can look guilty of this on the ‘gram and especially on Twitter, but I’m just one of those people who can’t follow an account they genuinely don’t care about and don’t wanna see, I’m not out here doing it to make myself look cool because of my followers : following ratio. Would rather quit blogging than have that mentality. But I don’t see why you can’t remain following the person if they’ve followed you back – if you don’t want to see their content don’t follow them in the first place. I’d never be able to comment on someone’s photo or blog post, or reply to their tweet ingenuinely. I’m not that type of gal. In all honesty, I sometimes think I have too much of a moral compass and need to chill that tf out. If someone posts a pic and it’s really got me to stop and be like damn bbygirl who is u? that’s when I’ll comment or reply, because it invoked a real response from me and caught my attention. The same as when I think someone’s written a post really well, or written something that’s resonated with me and it’s nice to see that others feel the same as you – that’s when I’m gonna share it and comment on it. I used to have a complex with engaging with other bloggers and was very open about it, but I’m over that now, the only thing for me is that I can’t engage with others when I don’t mean it. The blogging community, for the most part, is a wonderful one so I don’t want to be fake towards those in it, I want to engage when something someone has shared actually ~spoke to me~. 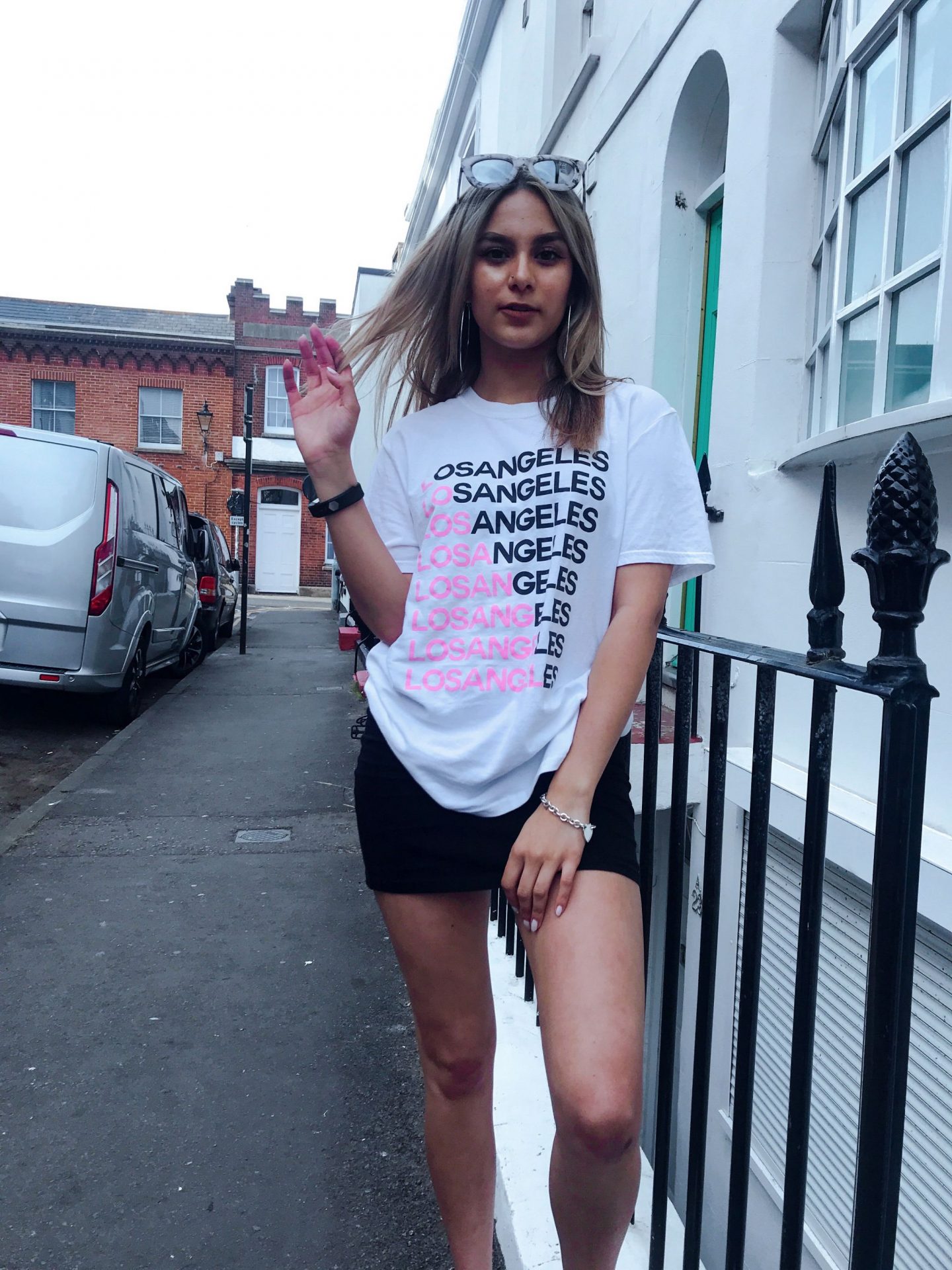 So, how do you stay motivated and keep grinding when you see people getting opportunities and seeing growth you want to see, knowing full well they’ve bought their way there? Honestly, it’s a morals thing to me. If you’re enjoying blogging then you should keep at it and wait for some good karma, because there will come a point where you start seeing rewards for your efforts. Good things happen to good people, so if you’re doing bits, you will get paid your dues. Another cliche bit of advice you will hear everywhere ever – comparison is the devil. Don’t compare your growth to someone else’s because, by focusing on this, you might not even notice that you’re experiencing your own form of growth. The thing that I love most about blogging is that it comes from someone, and no two people are the same, so no two blogger’s growth will be the same either. You might write about the exact same topics as someone else, wear the same clothes, take similar photos and have the same aesthetic but because you are two different people with different personalities, you won’t see the same growth.

Keep doing what you’re doing and focusing on yourself and your own blog, and you will navigate through your own path of growth. Utilise who you have around you – don’t be afraid to share your blog with others (aka me up until like three months ago) because it opens you up to a whole audience that nobody else will have, if you form friendships with bloggers then help each other out, if you know people who know people and it’s not intruding, AND THEY OFFER TO HELP, then take the help. But for the love of god, don’t go using people for their ~blogging connections~ aka something I spoke (/ranted) about in this post. At the end of the day, all us bloggers are in the same boat, all out here trying to grow in different ways and from different levels, so don’t feel like it’s just you who is worrying because you don’t need that extra pressure.