A lil while ago, when I put up my blog post calling bullshit on the idea of destiny and was writing the Instagram caption to promote and alert my followers to the new post, I had a thought along the lines of – as the ‘gram caption puts it – ‘am I the only blogger who sits here like lol who lets me write this shit and who trusts my opinion on it?’, and then said that there may be a blog post in that thought itself. Well, here we are, the blog post in that thought itself.

It’s a given that the Internet is a place for us to voice our thoughts and opinions, stand up for what we believe in and question things. Anyone can do it on social media, but us bloggers take it a step further by pouring our hearts out over a few hundred or thousand words making bold claims and dishing out advice left, right and centre. Part of it could be that these posts seem to be the thing at the moment, there’s a shift towards longer posts – the ‘think piece’ – to accompany fashion imagery rather than outright talking about fashion and what you’re wearing. I touched on this in a blog post late last year, and I’m actually going to mention it in an upcoming post next week. We all know I love to write a long post on something I’ve been thinking about recently, but I also refuse to force one out when I don’t have one and won’t create an issue to discuss if I can’t think of one I care about at that moment in time. Another part of it could be that we are becoming more comfortable with being vocal in voicing our opinions and challenging things, looking at things from different perspectives to ask questions, and drawing on our own experiences to facilitate this. And, above all, our blogs remain the only things that we truly own. We can get suspended on social media if we say something controversial enough. If Instagram shut down tomorrow, our captions would be gone. If Twitter deleted itself overnight, all the views we expressed on there would disappear. We own our blogs so we feel comfortable talking about whatever we want on them because nobody can shut us down or delete everything we’ve said without us having a say. 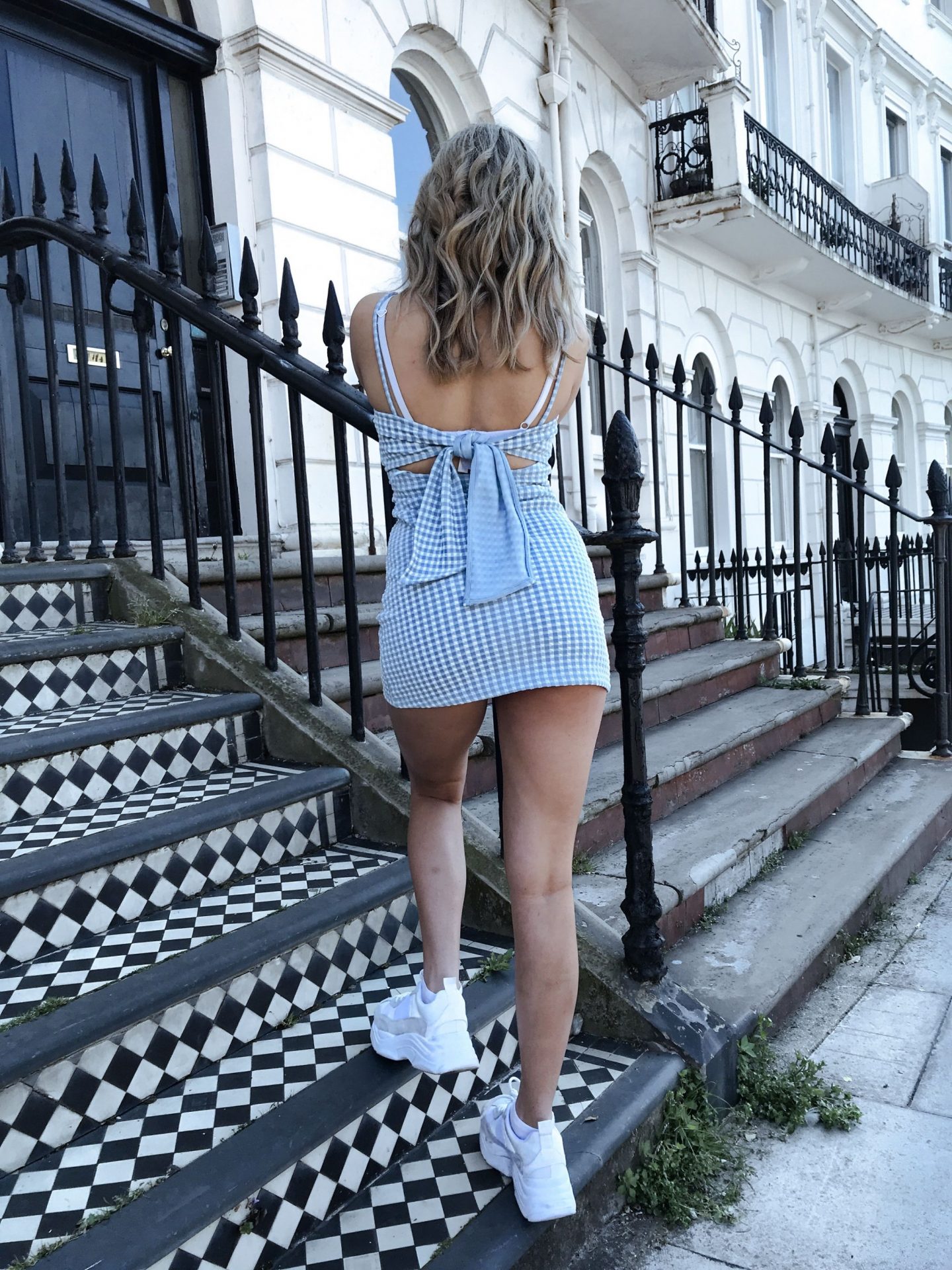 Not that I’m going to stop doing it but it does sometimes make me feel weird when I put something out there on this blog that seems like a bit of a bold statement, like the destiny post, or dish out advice without being qualified to, like my post on living by the ‘everything happens for a reason’ motto. It goes back to that feeling I mentioned in my caption – who lets me and who trusts my opinion? What makes me better than anyone else telling you that I think destiny is just an excuse or that we should tell ourselves that things happen for a reason when we’ve tried hard and it hasn’t paid off? One of my favourite bloggers, Robyn, wrote a post questioning whether or not bloggers should be giving advice a few months ago and as soon as I wrote that Instagram caption the other week, I remembered her post. I’m glad it’s something she questioned as a blogger herself, I think it’s good that when we write these posts we keep these thoughts in the back of our minds to help us shape the way we write. I try to bring my own experiences and thoughts directly into the posts – as well as just saying that we as people may generally do something a certain way, I’ll also try to bring in how I do it and whether I’ve found that to work for me. My favourite part of Robyn’s post is when she says that ‘how-to’ blog posts written from the blogger’s experience are really ‘how I did …’ posts. If you’re writing from experience as one person, your advice might work better for you than it could for other people. Does this mean you shouldn’t give the advice? Of course not. All you’re trying to do is help because there is also as good a chance that your advice could help others the way it helped you.

In terms of making bold claims like I have when calling bullshit on destiny or asking if texting was dead or, to be less dramatic, dying out, if this is something you really believe then you have every right to speak about it. I feel weird making these bold claims on the Internet because it’s permanent and can be associated with you forever but, as long as you’re not being disrespectful or saying something that could come back to bite you in the arse, it’s ok to have these things associated with you forever and people have enough common sense to realise that something you believed or were able to do and then give advice on a few months or years ago may not apply to your life anymore. I’ve struggled so much with this feeling recently, to the point where it made me feel like a bit of a fraud as a blogger but being realistic, you’re going to change and grow as a person, things in your life may change and you may find yourself in different circumstances. Does that mean you lied in your original blog post? No. Does that mean your advice couldn’t still help people even if you yourself are no longer sticking to it? No. Does that mean if you make a statement on something and no longer believe it a few months down the line, your post on it couldn’t still get people thinking? Also no. 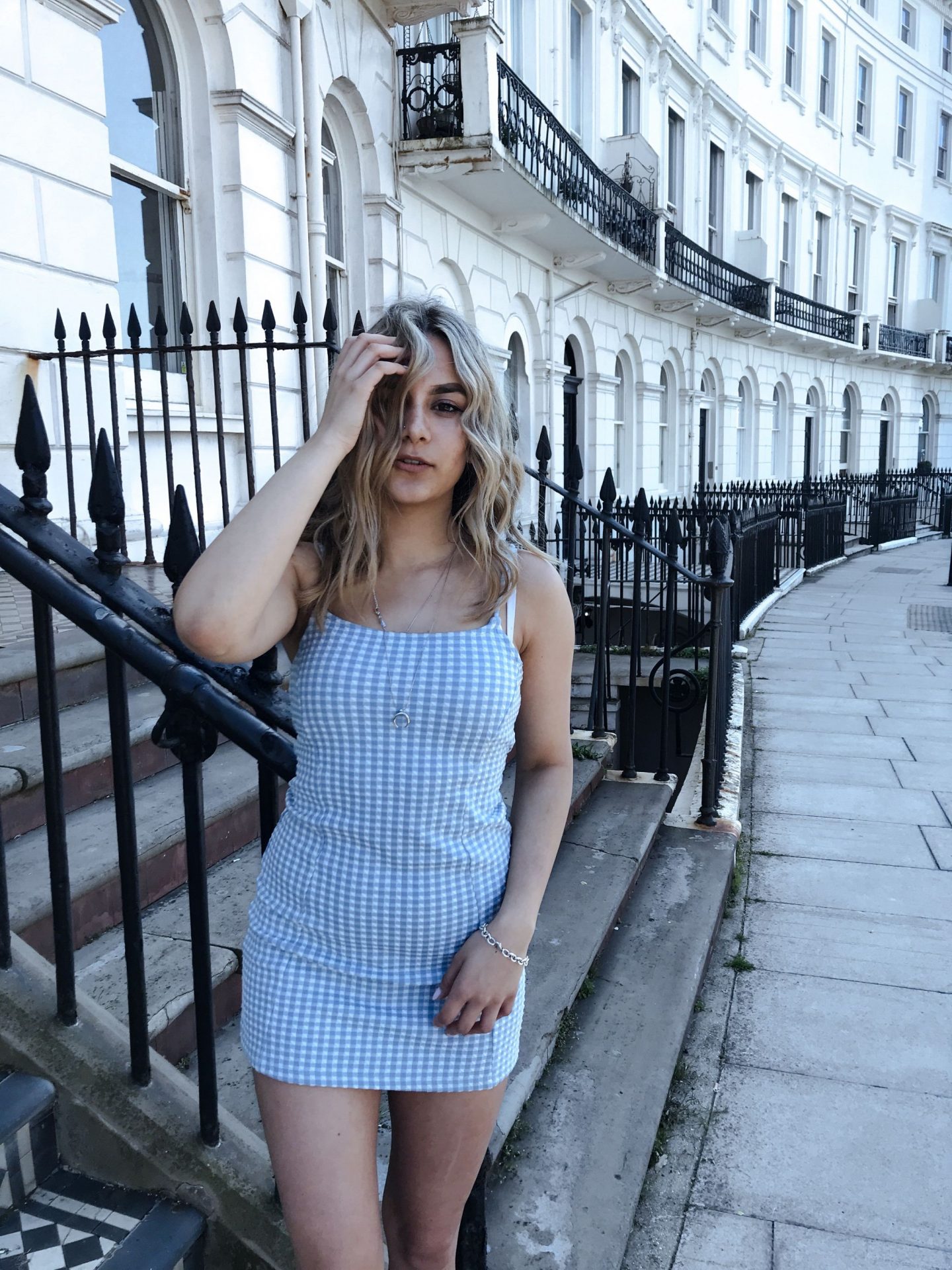 I guess part of it can stem from a general fear of judgement. If you’re on the Internet pouring your heart out and making a statement about something, you may worry that you’ll come under fire for that statement, or just for the fact that you think you have a right to make that statement. Even though you could be doing it in a 1000 word long blog post, it’s no different than someone sat at home tweeting along to Love Island saying that they think someone’s behaviour is damaging and manipulative. In whichever form, when you strip it back, it’s just someone voicing their opinion. And you don’t need anything to qualify you in voicing your opinion.

There is, however, a big difference between voicing your opinion and helpfully sharing some advice that’s worked for you, and giving false cures for something. Take the whole detox tea trend on Instagram – writing a blog post tackling the topic of fitness or giving advice on losing weight (side note: you shouldn’t need to give advice about losing weight because it means that you think people need to lose weight to be happy or ‘better’, which they don’t. You can do it in a productive way focusing on health, including mental health, and making yourself feel happier in your own skin rather than contributing to body shaming and food guilt) and saying that using some flat tummy tea is the biggest tip and that it’s the only thing you used to get a ~better body~ isn’t a matter of opinion, it’s damaging and promoting something without real knowledge to know what it’ll do to someone’s body. If you’re not a qualified doctor, don’t cross the line when giving advice that comes to health. It’s fine to give some tips to feel better when you have a cold, to share your exercise or food routines, or to share methods that don’t require medication or alternatives to medication a la teatox, but don’t go telling someone that a drastic measure that you have no real knowledge of is a solution to their problems. If it sounds like you need to be a doctor in order to fully understand it and give the advice, don’t give it. There is a line that shouldn’t be crossed but, as far as I’ve seen with those detox lollipop and tea promoters aside, people in the blogging community do a very good job of staying in their lane when it comes to topics like health and your body by giving friendly advice or just sharing what they do day to day but not recommending something with no scientific proof that it works.

So what does allow us bloggers to voice our opinions, make bold statement and dish out advice? As long as we aren’t outright lying, or giving advice that is outright dangerous, there is nothing wrong with it. Everyone does it in some way, shape or form – we’re just out here typing it up in our post drafts and putting some pictures in every few paragraphs instead of telling our friends what we ~think about life~ over brunch or making something like ‘you do you’ our Instagram caption as a catchy piece of advice.