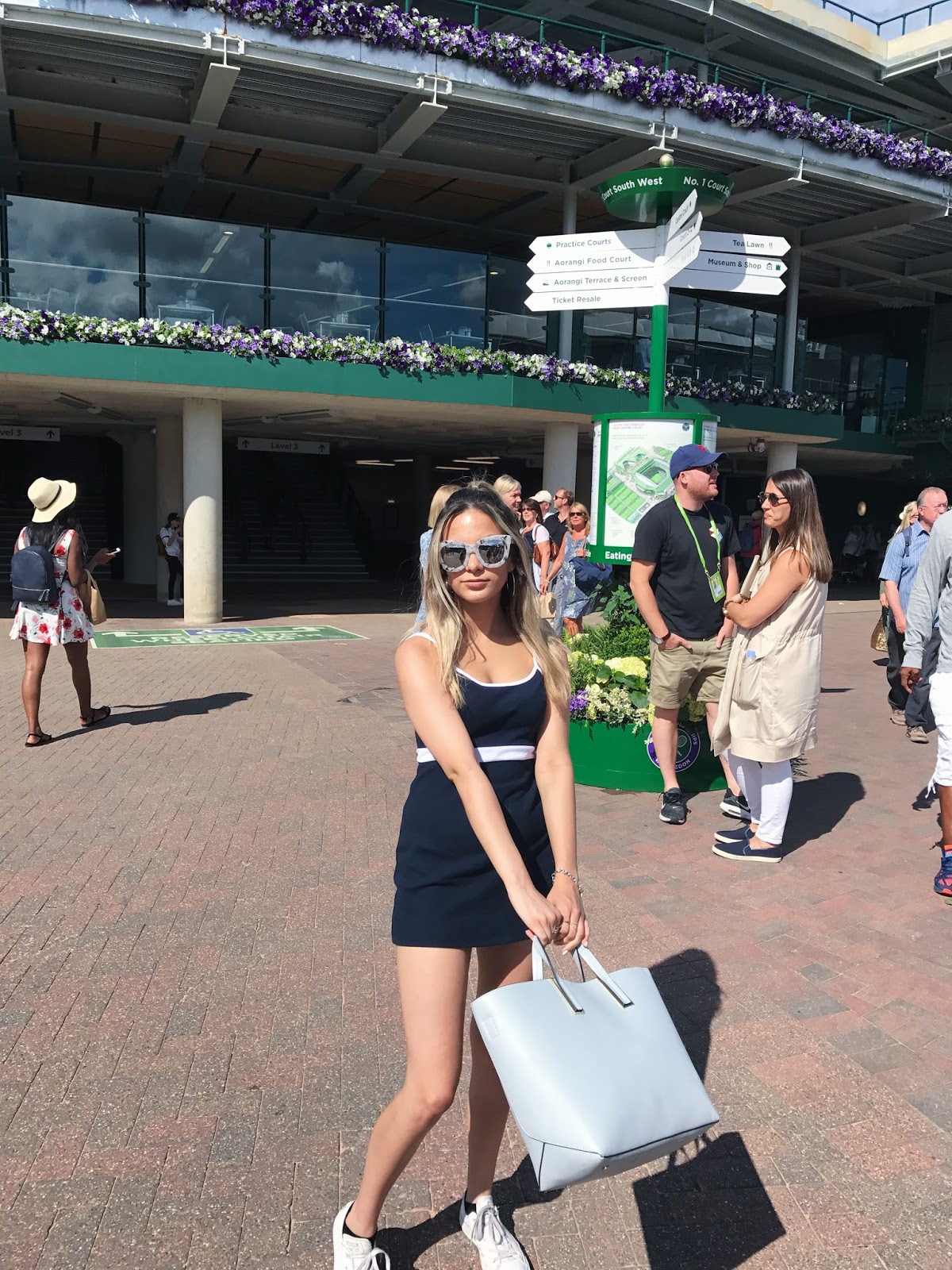 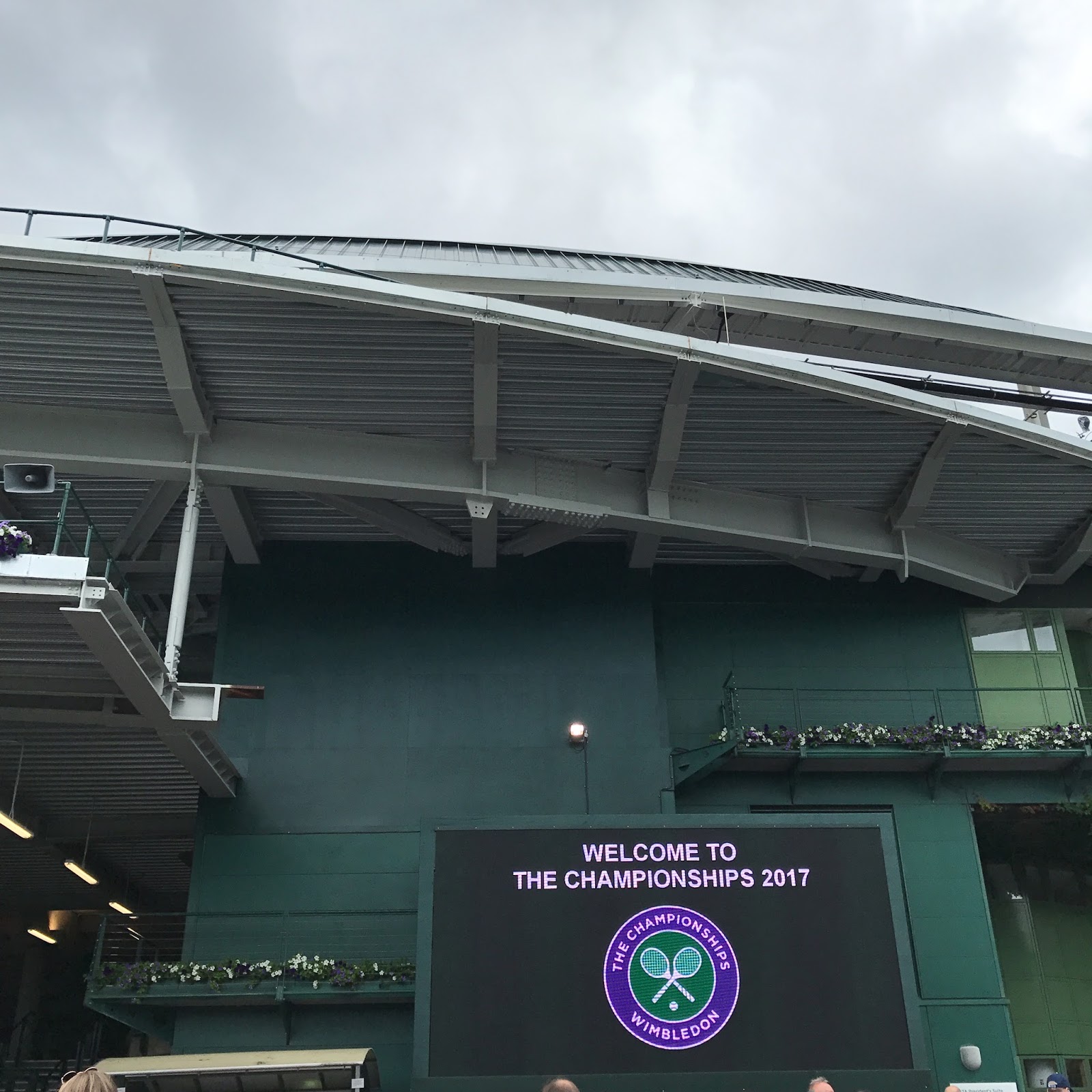 It happened, ya girl went to Centre Court at Wimby for a second year in a row and it was sick. Before I get into the day, the matches, the players and the Pimms, I wanna share my outfit. 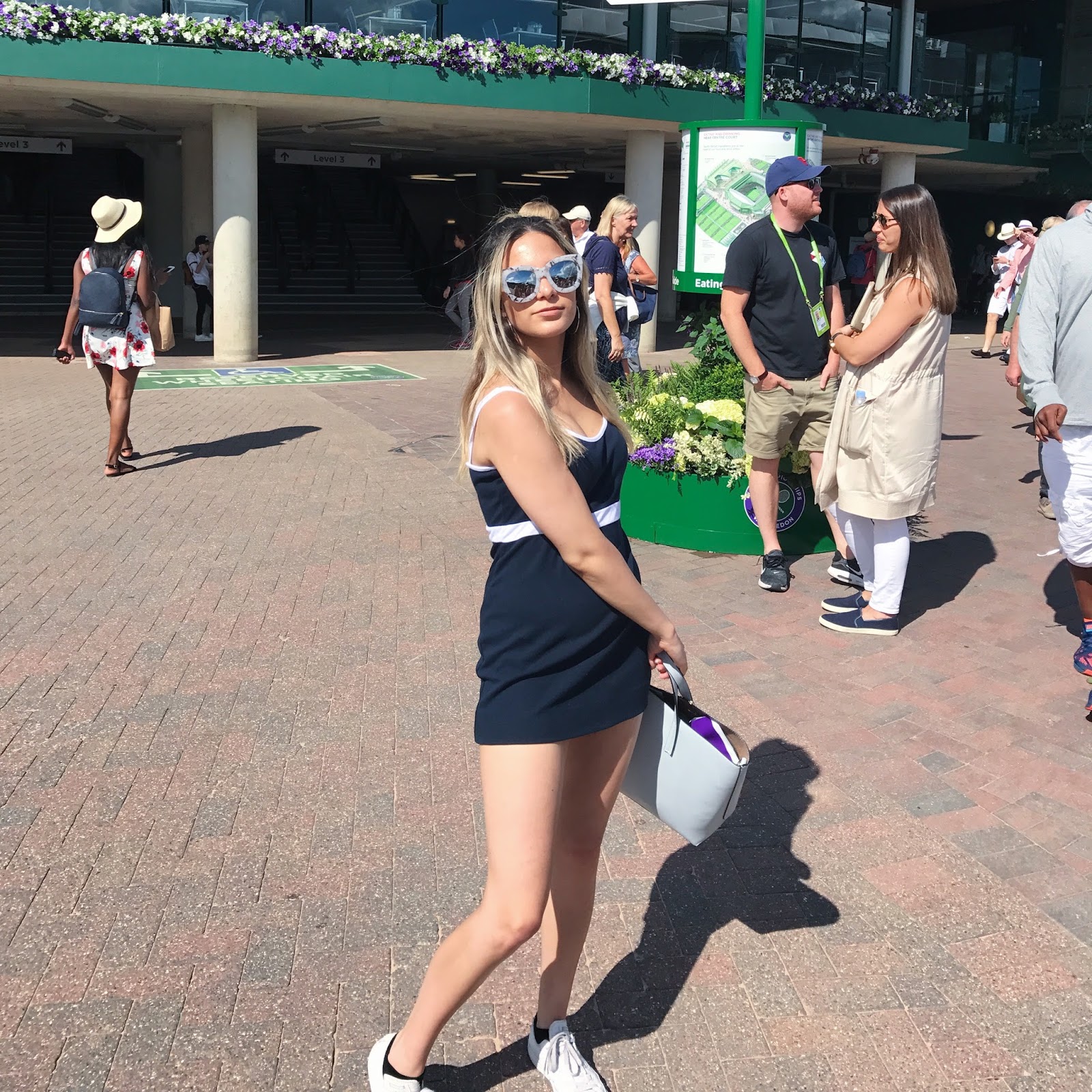 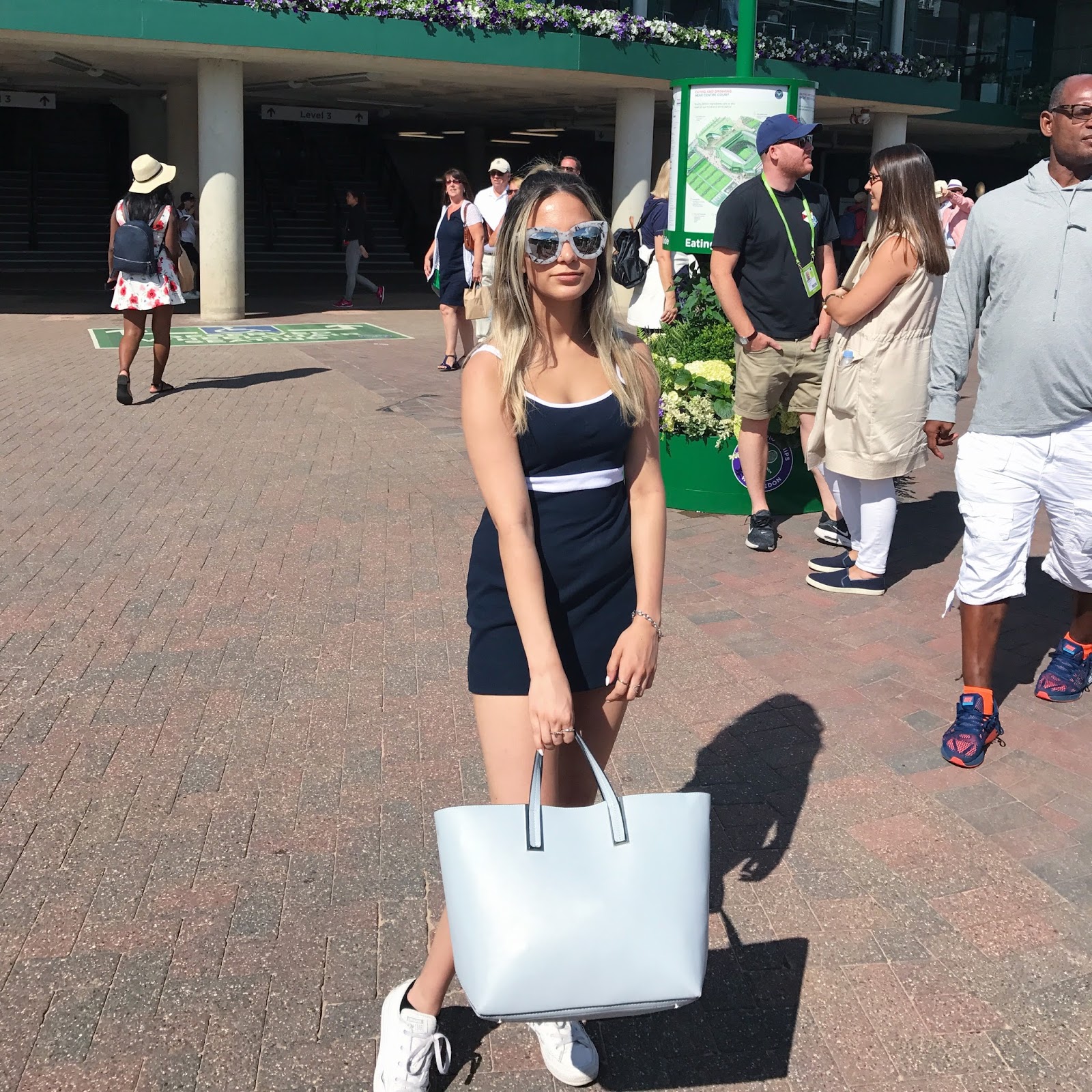 I saw this dress on Brandy Melville’s insta a lil while ago and tweeted a screenshot the second I saw it because I fell head over heels in love. Fast forward a couple weeks later, I had it in my hands and knew I had to save it for Wimbledon – ykno, after having it shortened by four inches because I reached adulthood without ever having a growth spurt.

It felt like the perfect dress for Wimbledon, it’s comfy and has a little bit of a sporty vibe because of the white lining and stripe across the middle, and I felt like a ball girl with my navy and white colour scheme, shame I don’t have the sporting ability or co-ordination for that life. We all know how ridiculously obsessed with Brandy I am, I also wore my trusty Krissy Jacket that I always wear because is it even Wimbledon without a bit of rain? 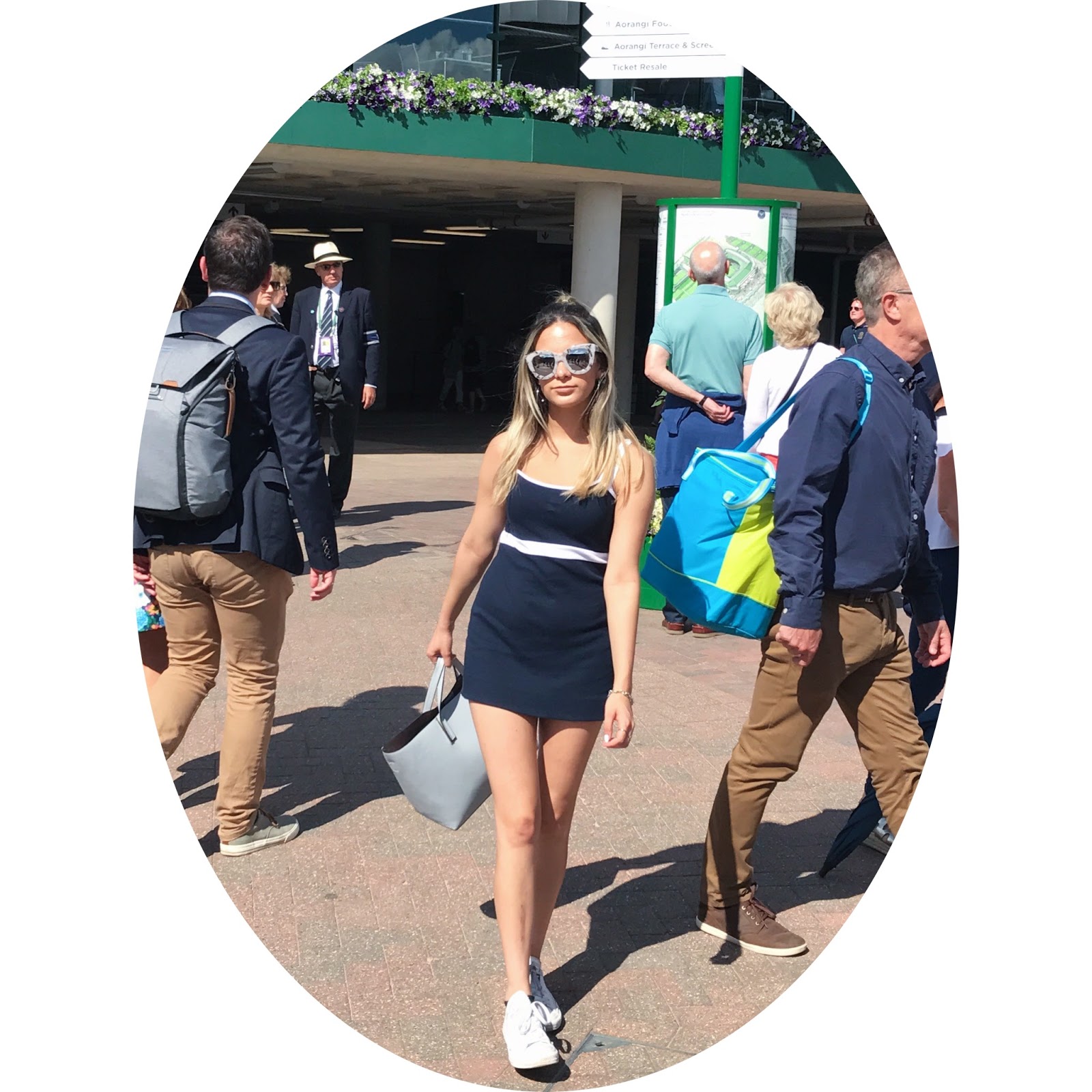 The sunglasses tho. Y’all, the sunglasses. My friend Amanda sent me a snap of her wearing them a few weeks ago before she went to Bali and I was OBSESSED. I asked her where they were from straightaway, and hearing they were Quay Australia was zero surprise because Quay slay the sunglasses game and are giving me a bit of a sunglasses addiction tbh. I umm-ed and ahh-ed about getting these for ages because this was before payday during exams when I had the least in my bank account I’ve ever had since starting my part time job. On Sunday, the day before I hit up the AELTC and two days after payday, I popped into Topshop Oxford Street where the sunglasses were cheaper there than online. I caved. I am not here for paying more than a tenner for sunglasses but Quay have changed that because here I am on my third pair of their sunglasses. 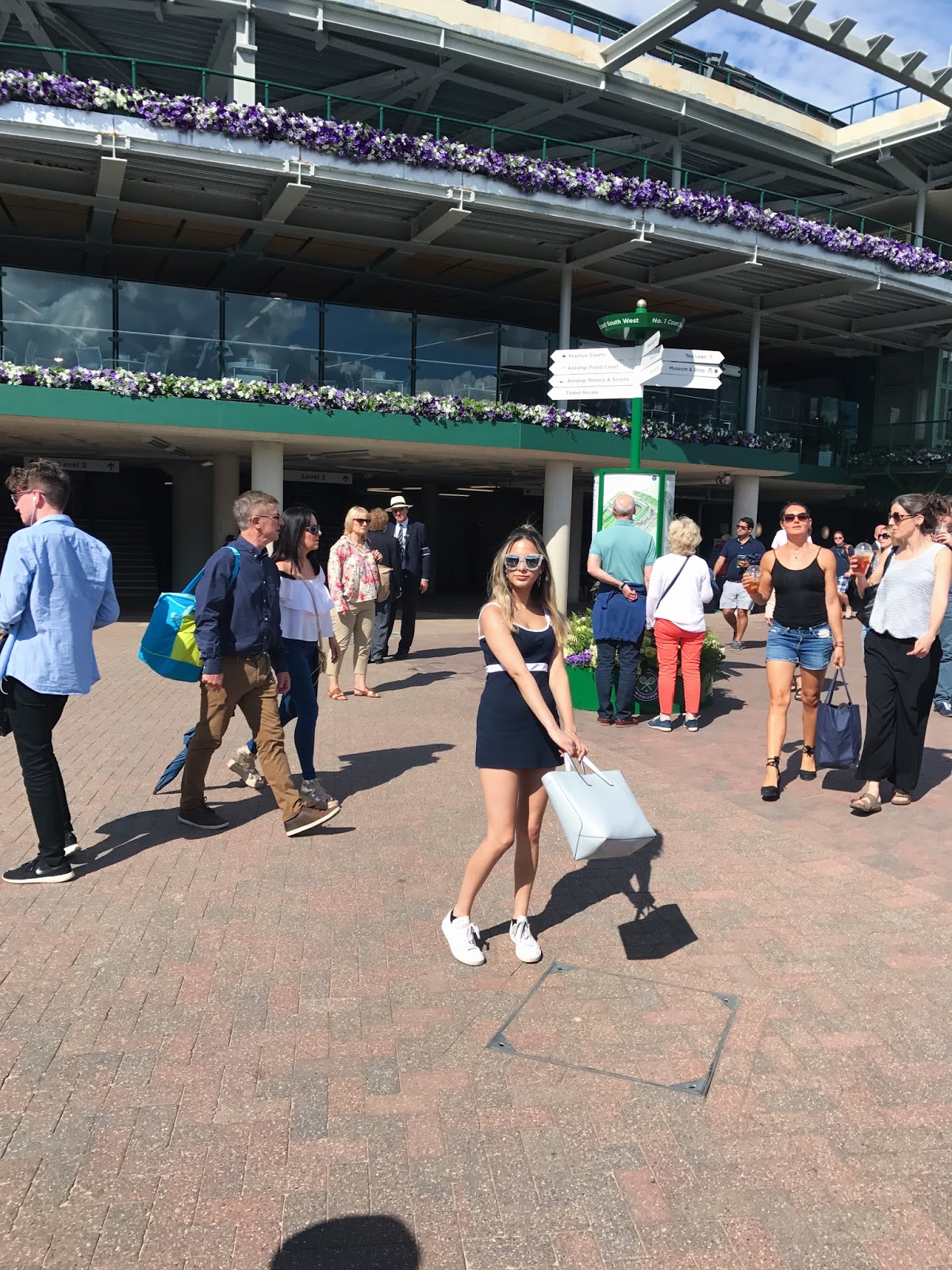 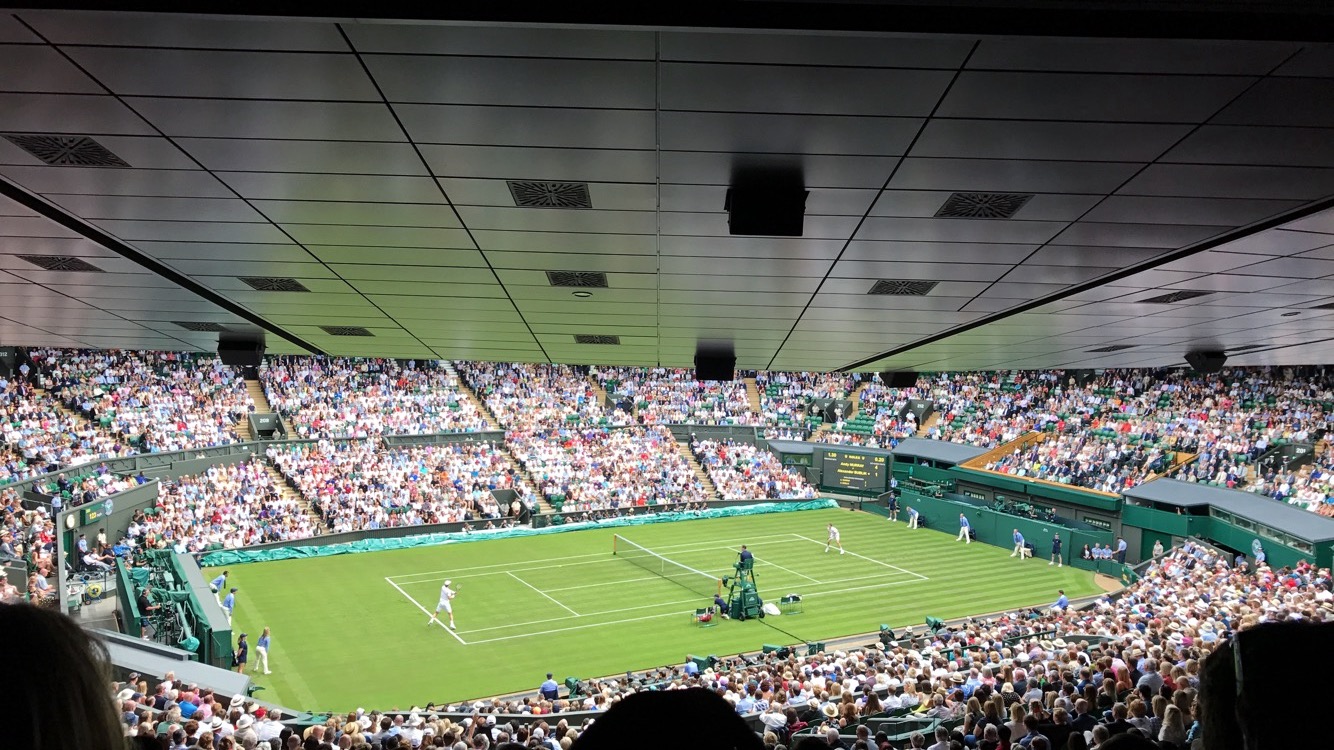 Before we start talking about CC play, we gotta address the magic of the Wimbledon practice courts. They are how I managed to meet Novak Djokovic last year, who at the time was world no. 1 and held every single grand slam title (saying it like that makes it a bigger deal). I can’t even name every player we saw because it was waaaay more than last year. If you have a grounds pass for Wimbledon, or even if you’re centre court like myself, the practice courts are the place to be to see all your faveys up close and personal preparing for upcoming matches, when you otherwise might not have seen them. 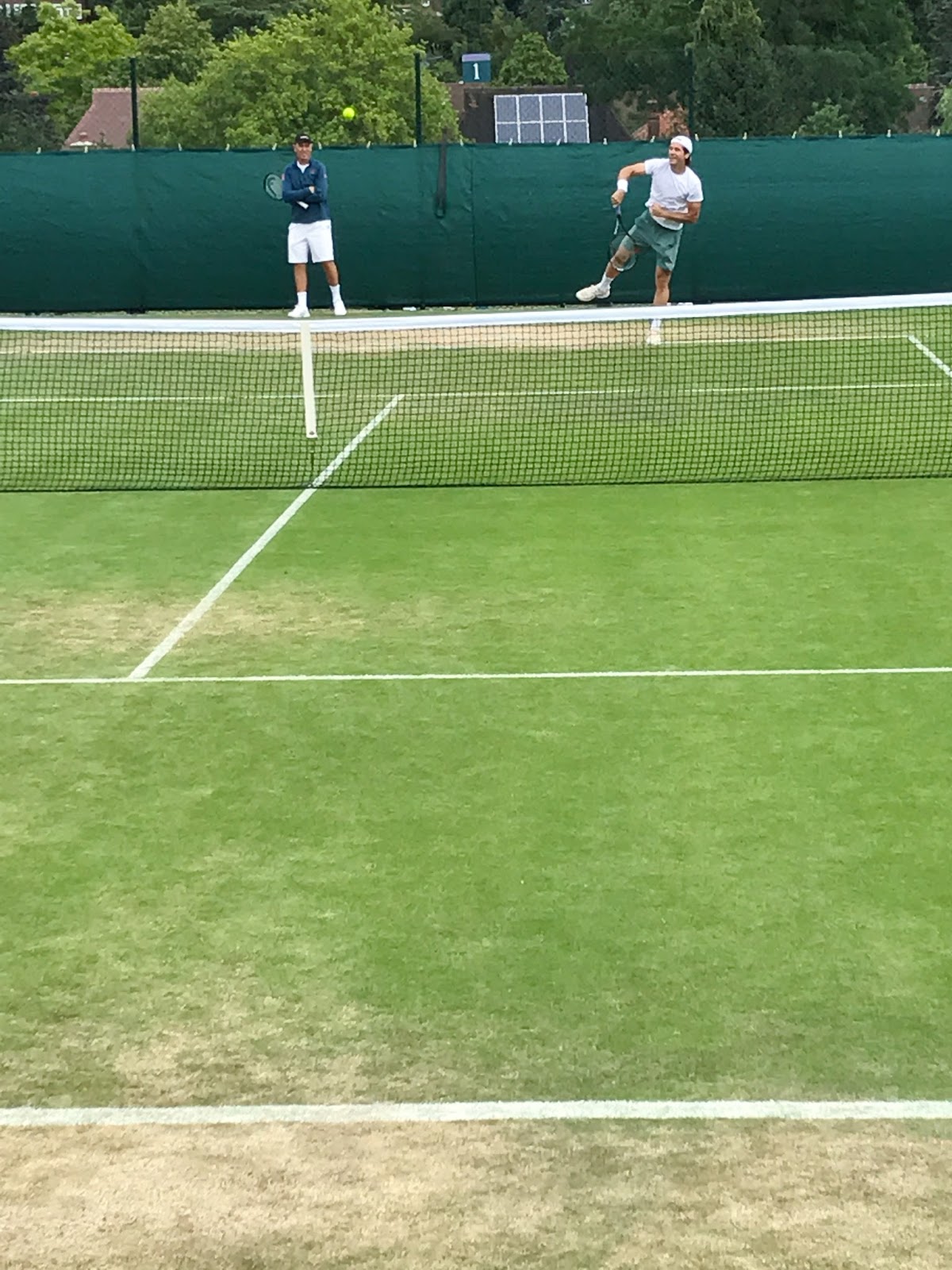 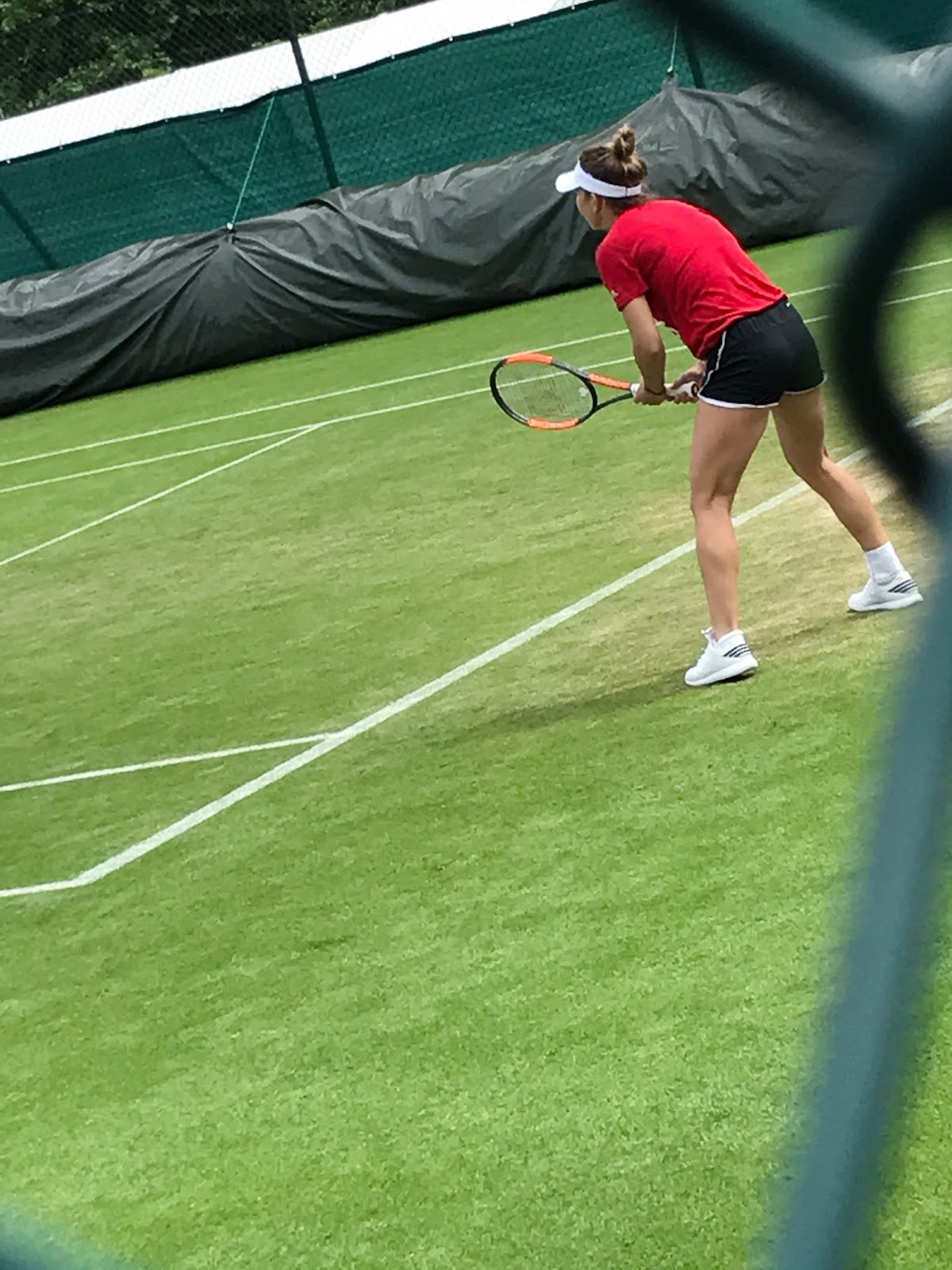 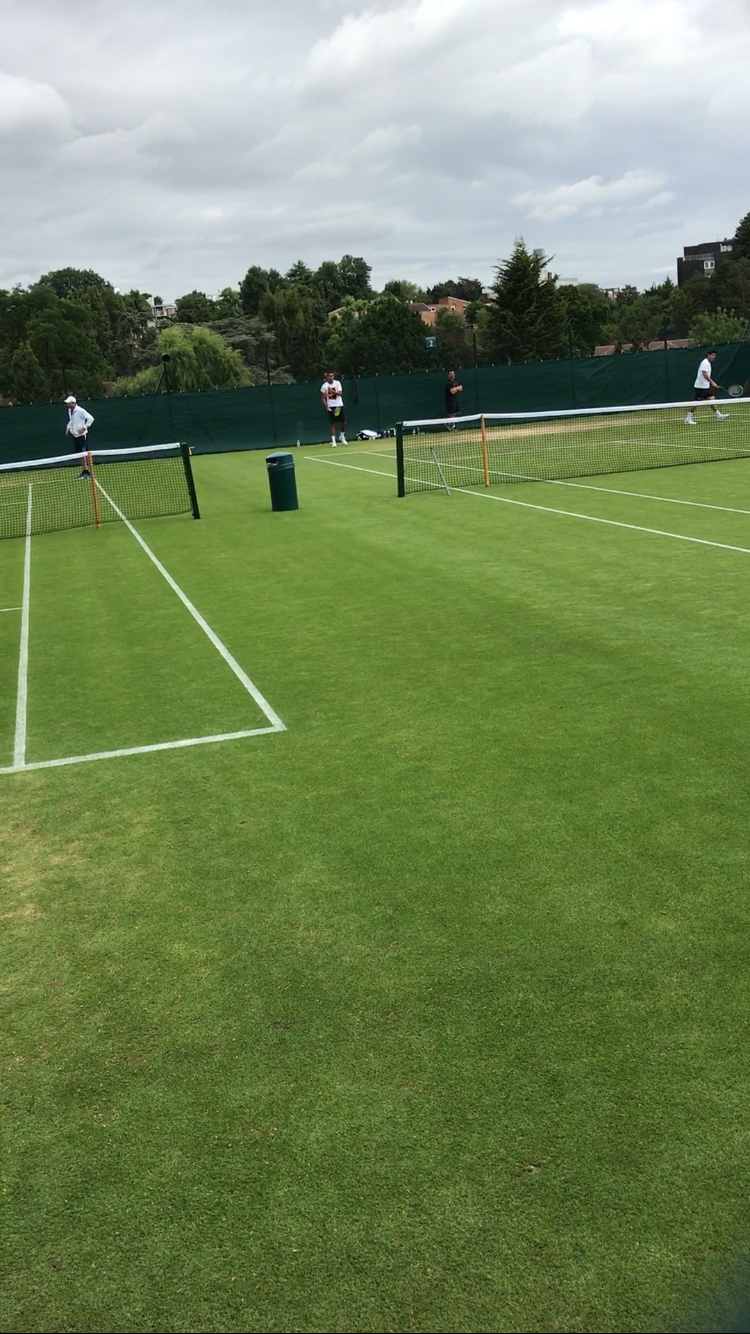 The whole purpose of my Wimbledon trip was to take my mum there for the day, but more importantly to see Federer. Did not disappoint, we saw him inches away from us practicing with Robin Haase. We also got to see Kyrgios, Dimitrov, Svitolina, Venus, Thiem, Halep, Verdasco, Haas, Djokovic, Gasquet, Kvitova, Pliskova, Nishikori, Sock, and Edmund to name just a few of the many. Seriously, I can’t stress enough that my top Wimbledon tip is to hit up the practice courts. 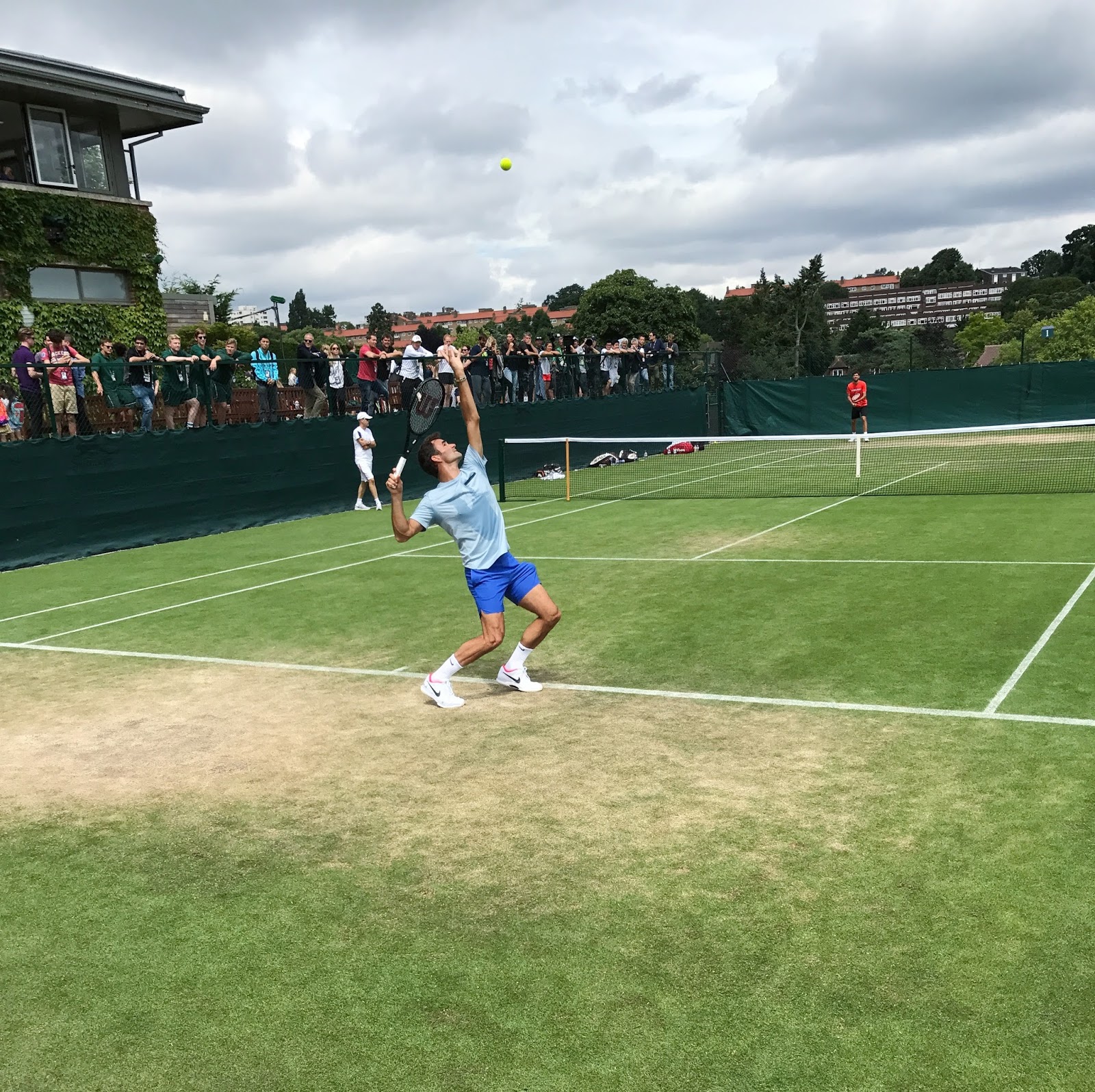 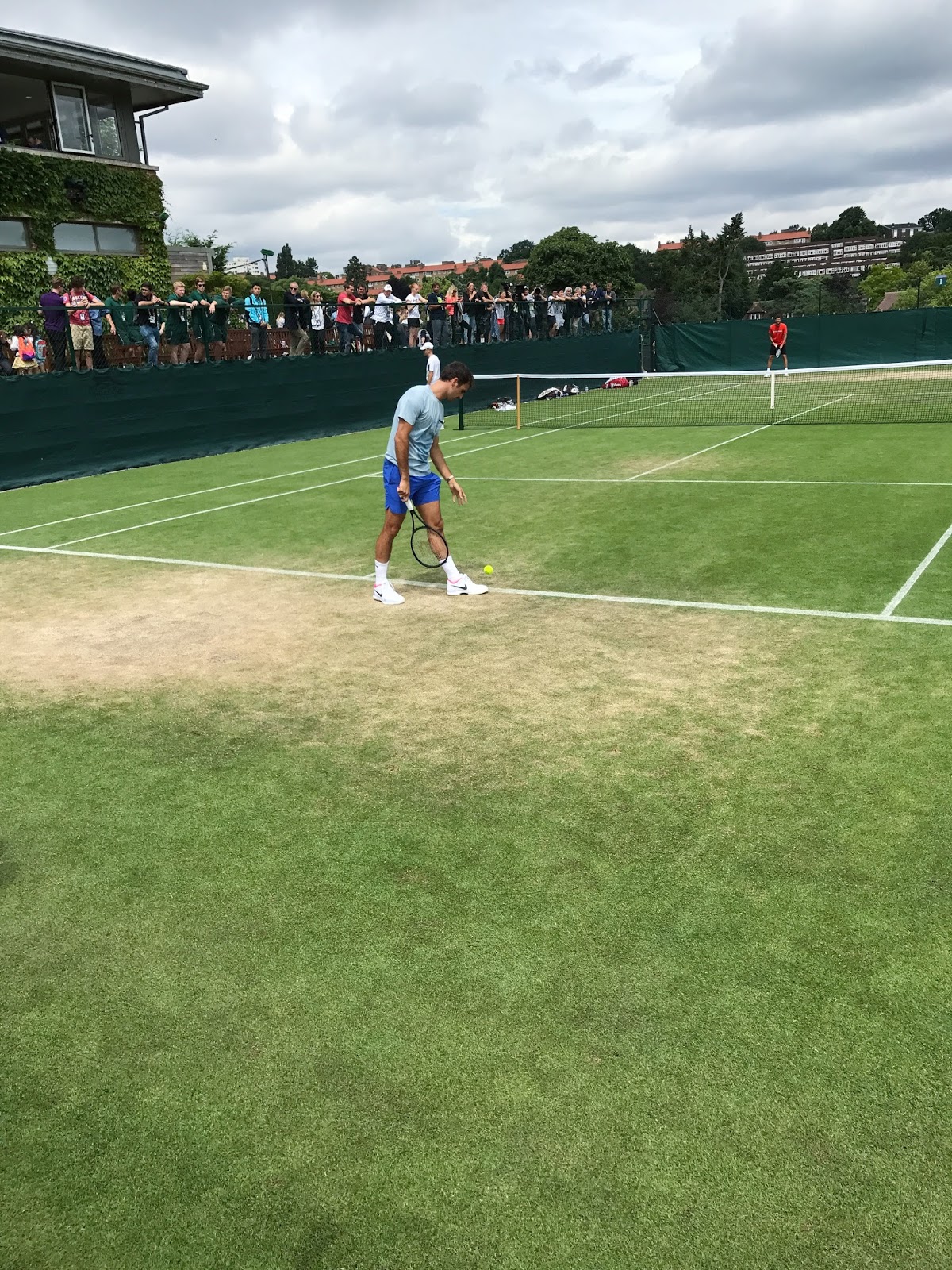 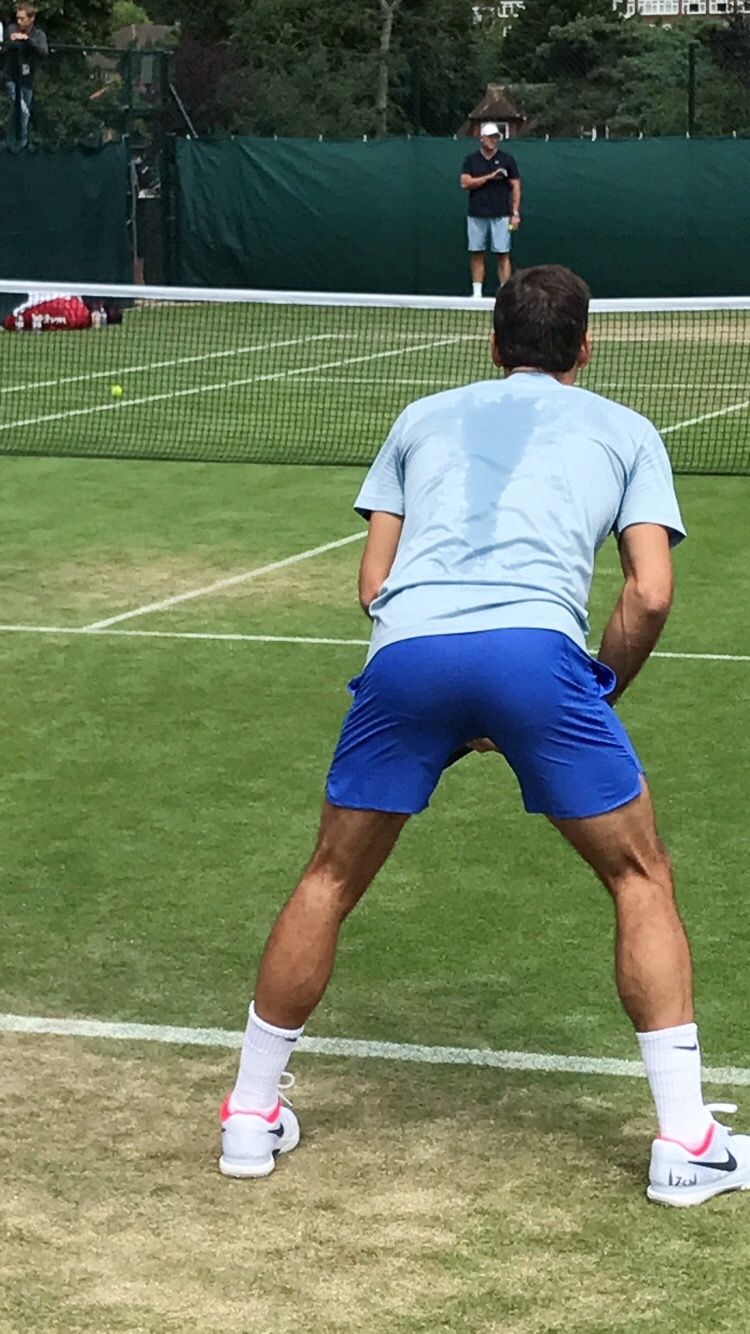 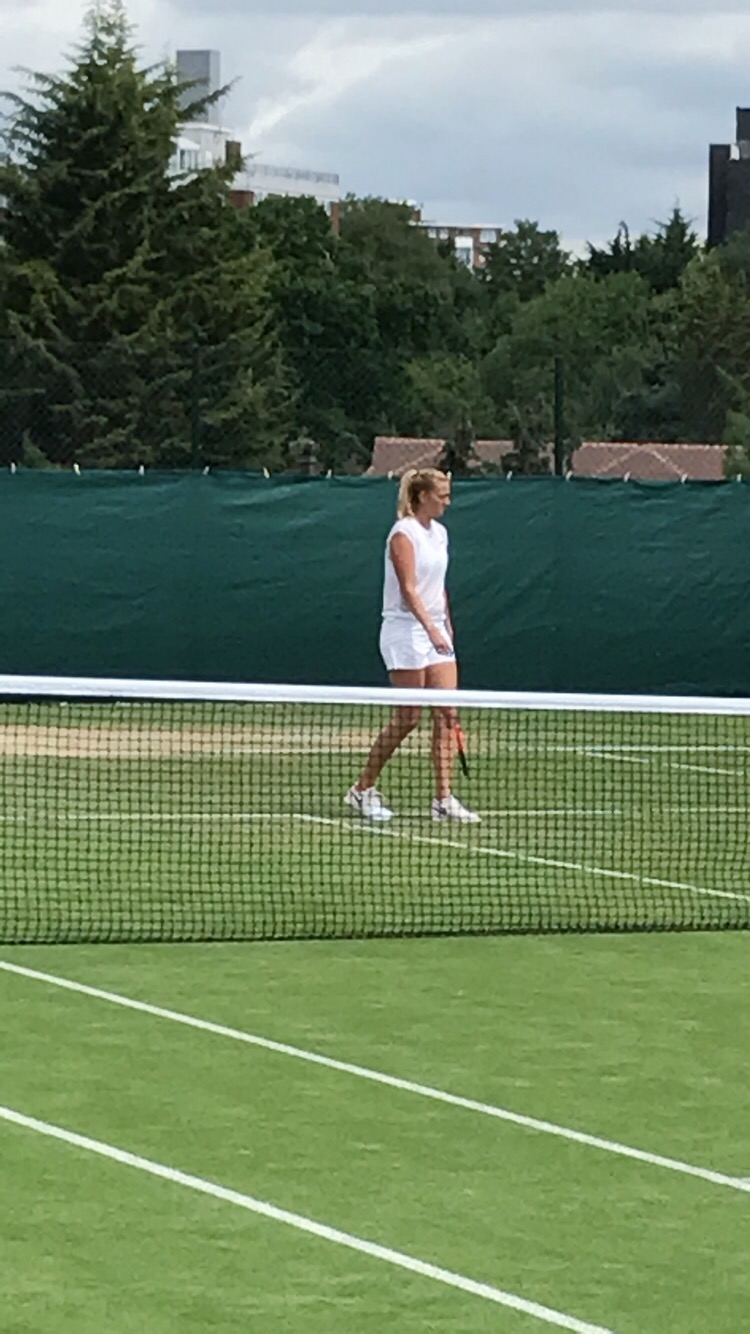 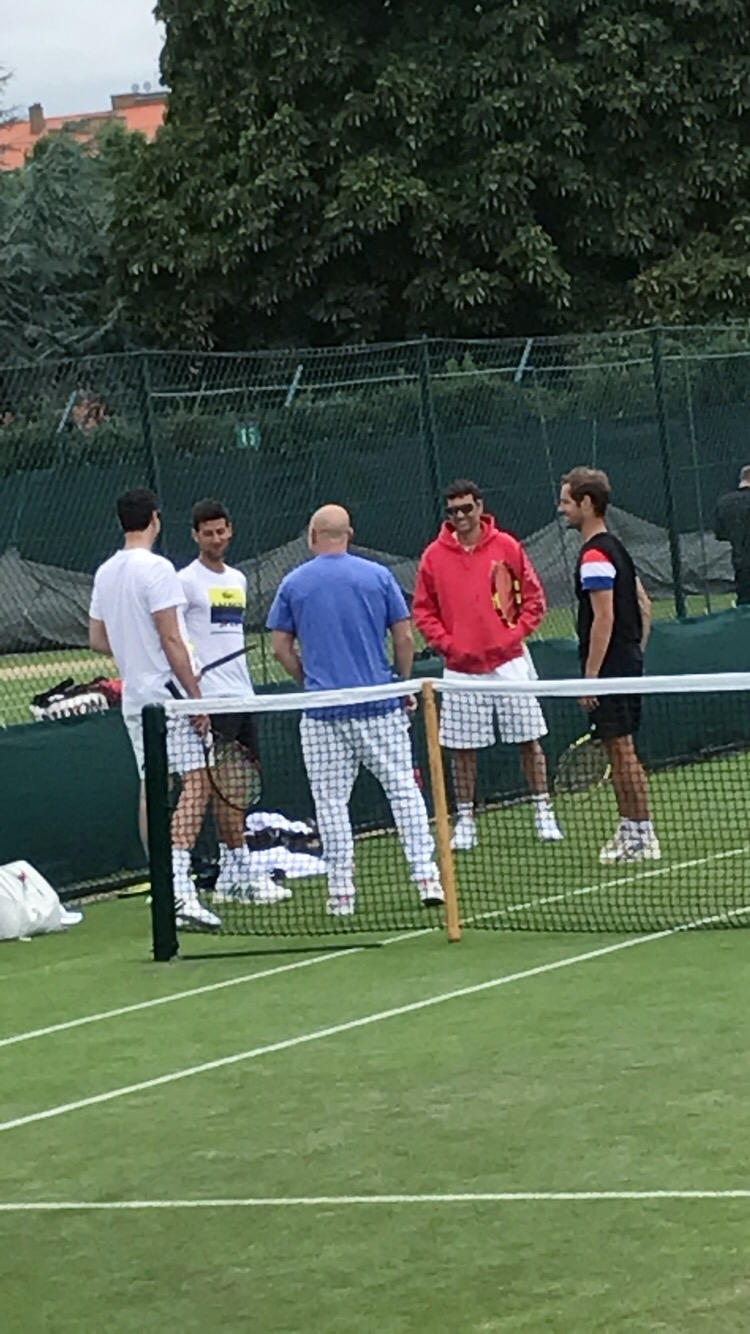 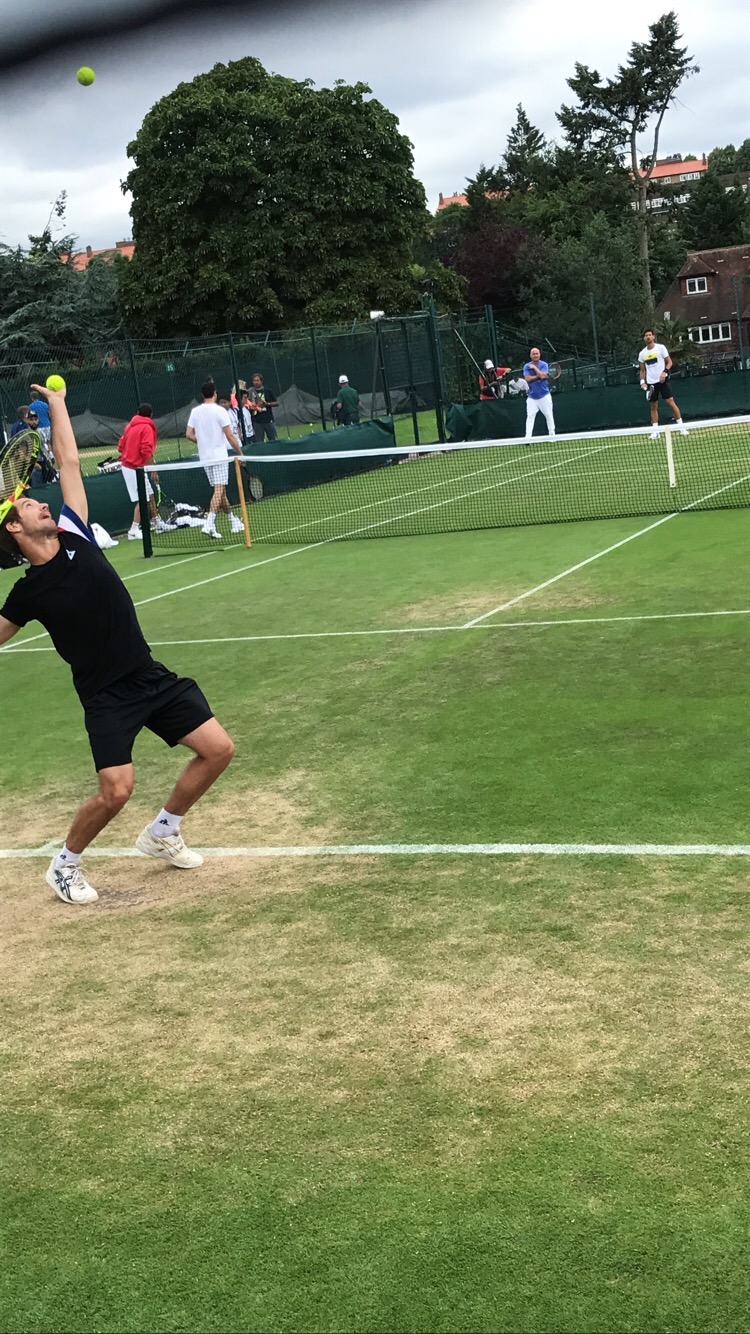 Skip to centre court. The champion of the year before always kicks off CC play at 1PM, Muzza doing so yesterday as the reigning men’s champion and Kerber doing so today as the reigning women’s runner up – obvs Queen GOAT Serena couldn’t be there because she’s pregnant. I saw Murray on centre last year, a dream come true, but this year the atmosphere on court for his match was a million times better, helped greatly by the fun character of his opponent, lucky loser Alexander Bublik.

Murray’s been struggling with a sore hip and went out in the first round of Queen’s recently, so only one grass court match prior to Wimbledon was pretty rare for him. I expected him to play well, but not as well as he did. Whatever he’s been doing, like those twice daily ice baths, it’s working. I was surprised that his level was as high as it was in the first round after everything recently. He sailed through 6-1 6-4 6-2 but, despite a tough loss, Bublik really got the crowd going, made everyone laugh, had fun, enjoyed himself and just made the most of playing the world no. 1 on centre, it was so nice to be in the crowd for that and at some points everyone was cheering for him more than Muzza because he was such a likeable character. 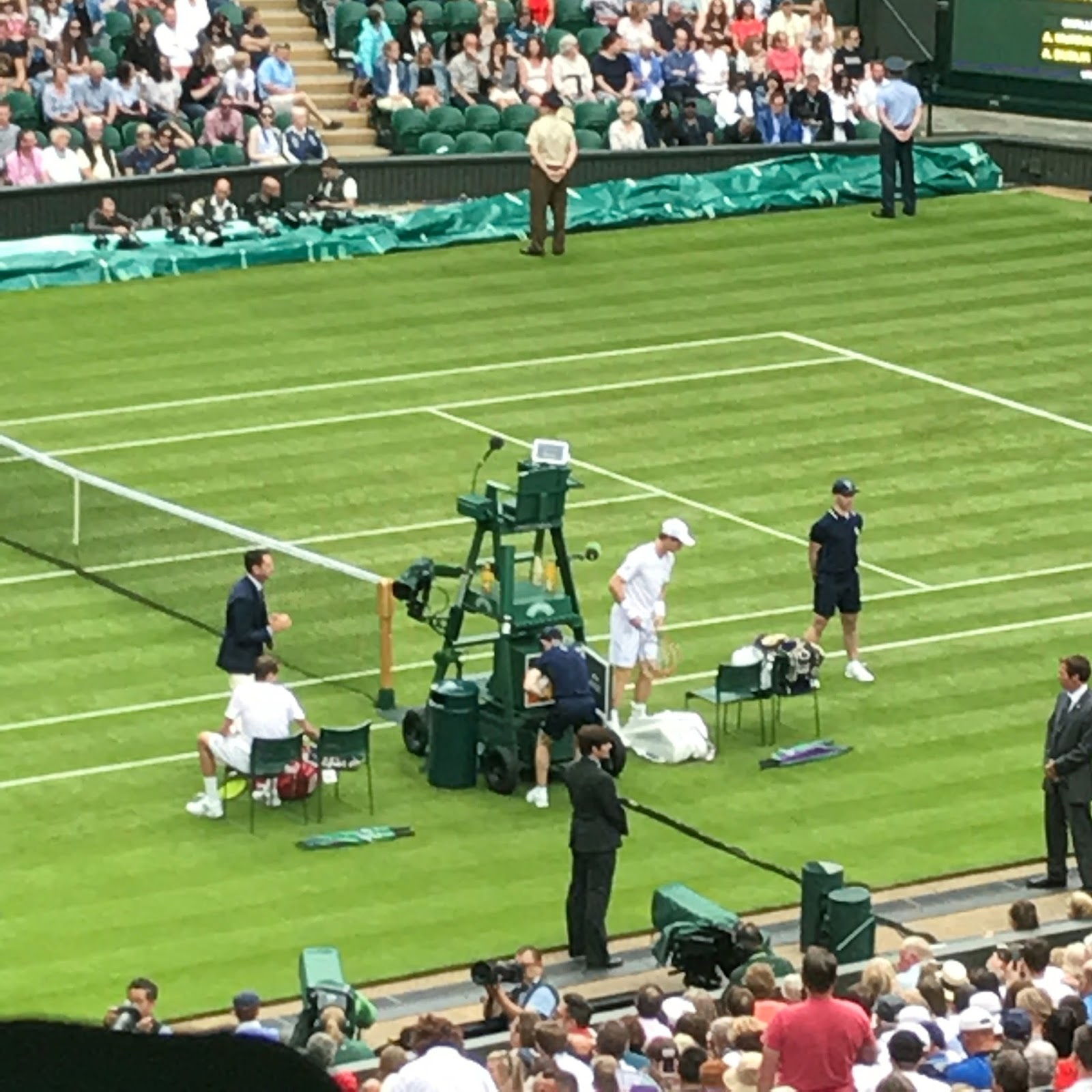 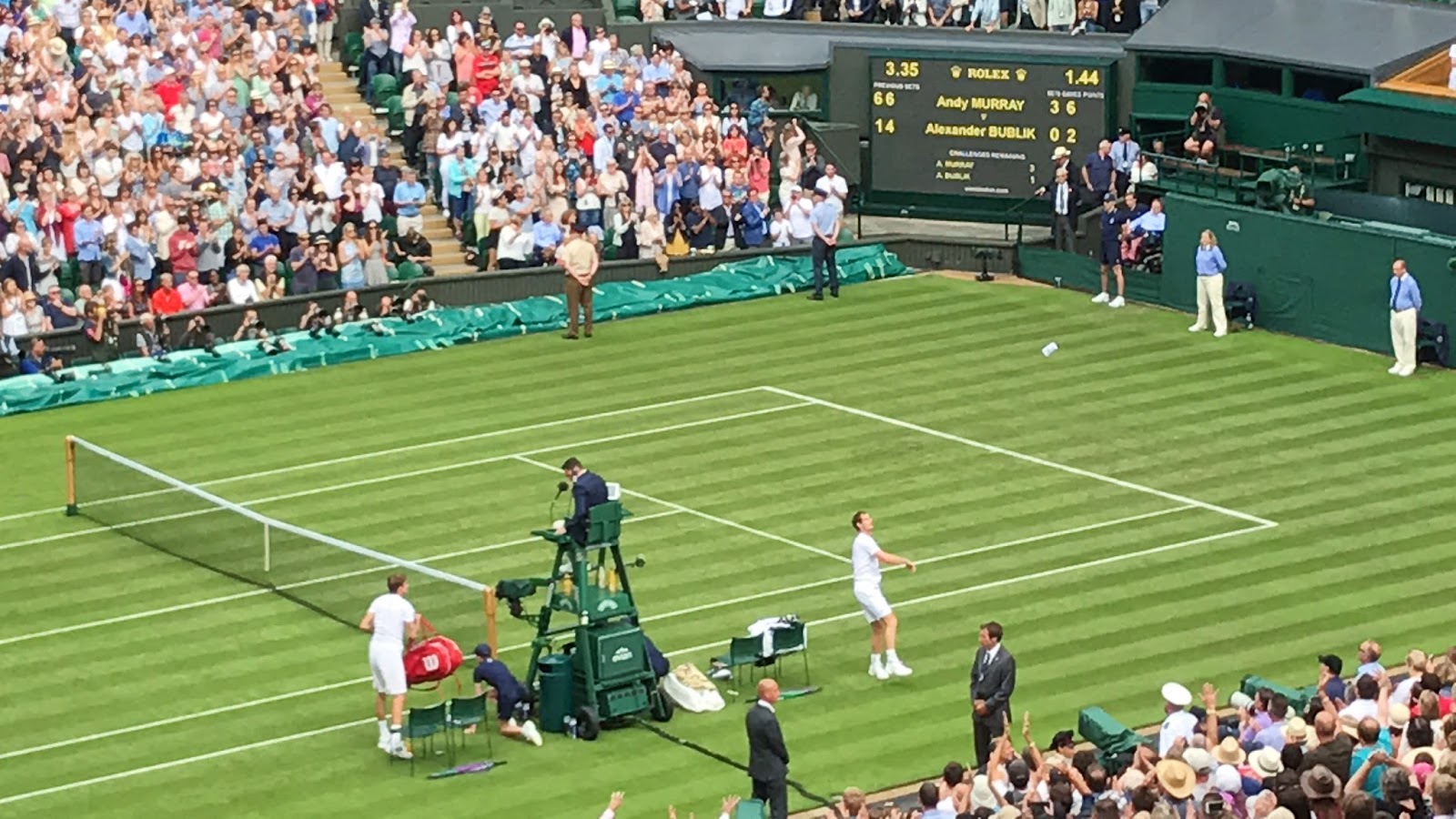 A couple of rain delays affected the match at the start of the third set, first for ten minutes then again for about half an hour. Like I said, is it Wimbledon without rain? It was p cool seeing the ball kids running to cover the court so fast, they work soooo hard and do a really good job. Oh, and another highlight of the Muzza match was seeing my style icon Kim Murray sat in his box, directly opposite where I was sat. She wore the most beautiful dress from Zara and then whipped out a pink coat in the rain delay that I am now obsessed with and need. Oh, and as well as qweeen Kim, I saw Kate Middleton in the royal box, p cool. 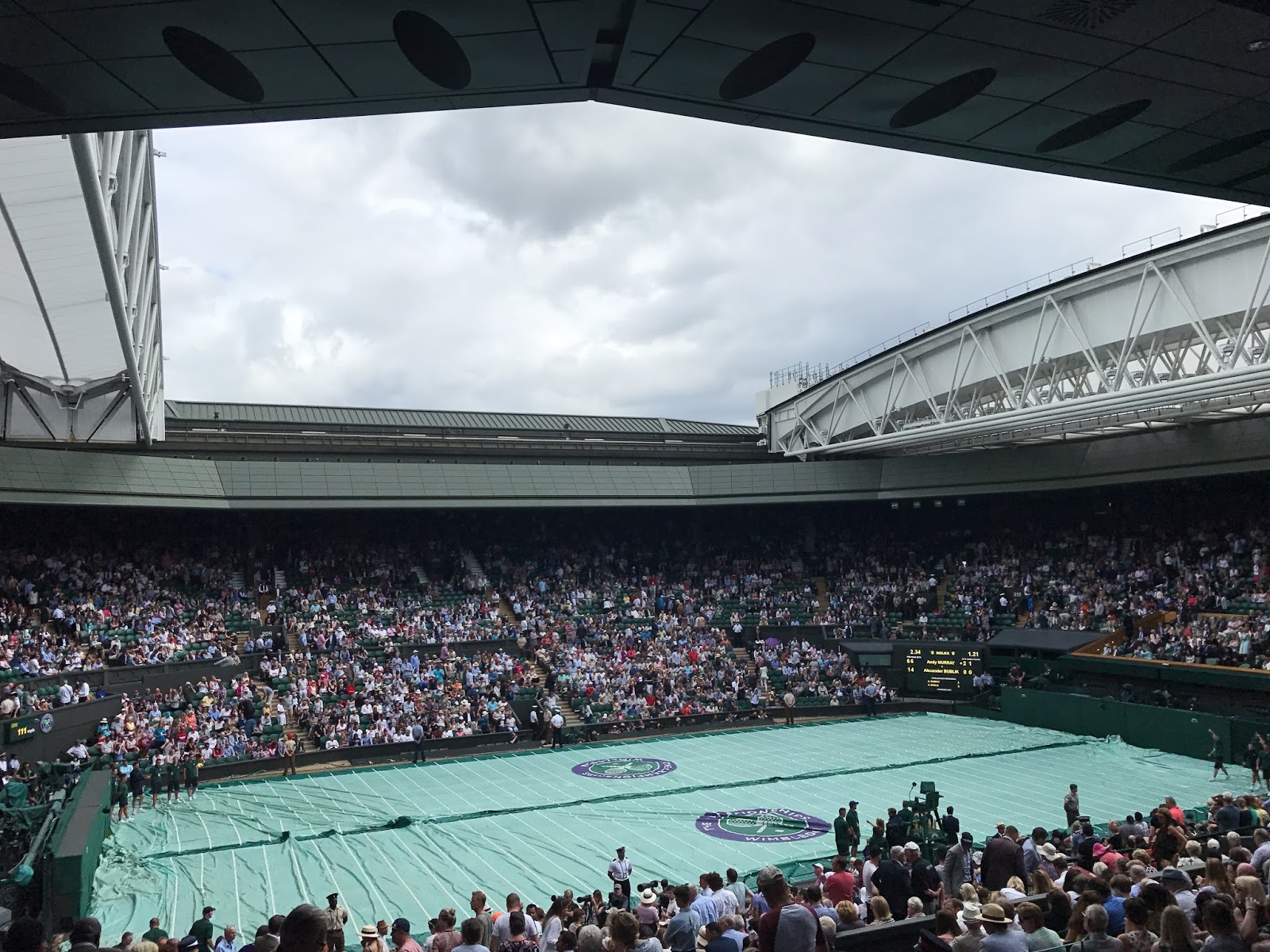 Petra Kvitova was next on, which I was so super excited for after seeing her on the practice court earlier in the day. Quick background on Kvitova for those of you who aren’t into tennis or familiar with her – she’s a two time Wimbledon champion but, in December last year, her home was broken into and she was attacked, specifically stabbed in her left hand – her playing hand. She was out of the game from then until the French Open, winning her first round match there before being knocked out. She wasn’t expected to be back playing so soon, and since the French she played one more tournament, the Aegon Classic in Birmingham, which she won. Being in the crowd for her first match back at Wimbledon since the attack was super special, she is the most wonderful grass court player and one of the loveliest people in tennis, seeing her back playing tournaments is amazing but being there for it was even better. She beat Johanna Larsson 6-3 6-4 and the crowd couldn’t have been happier for her. 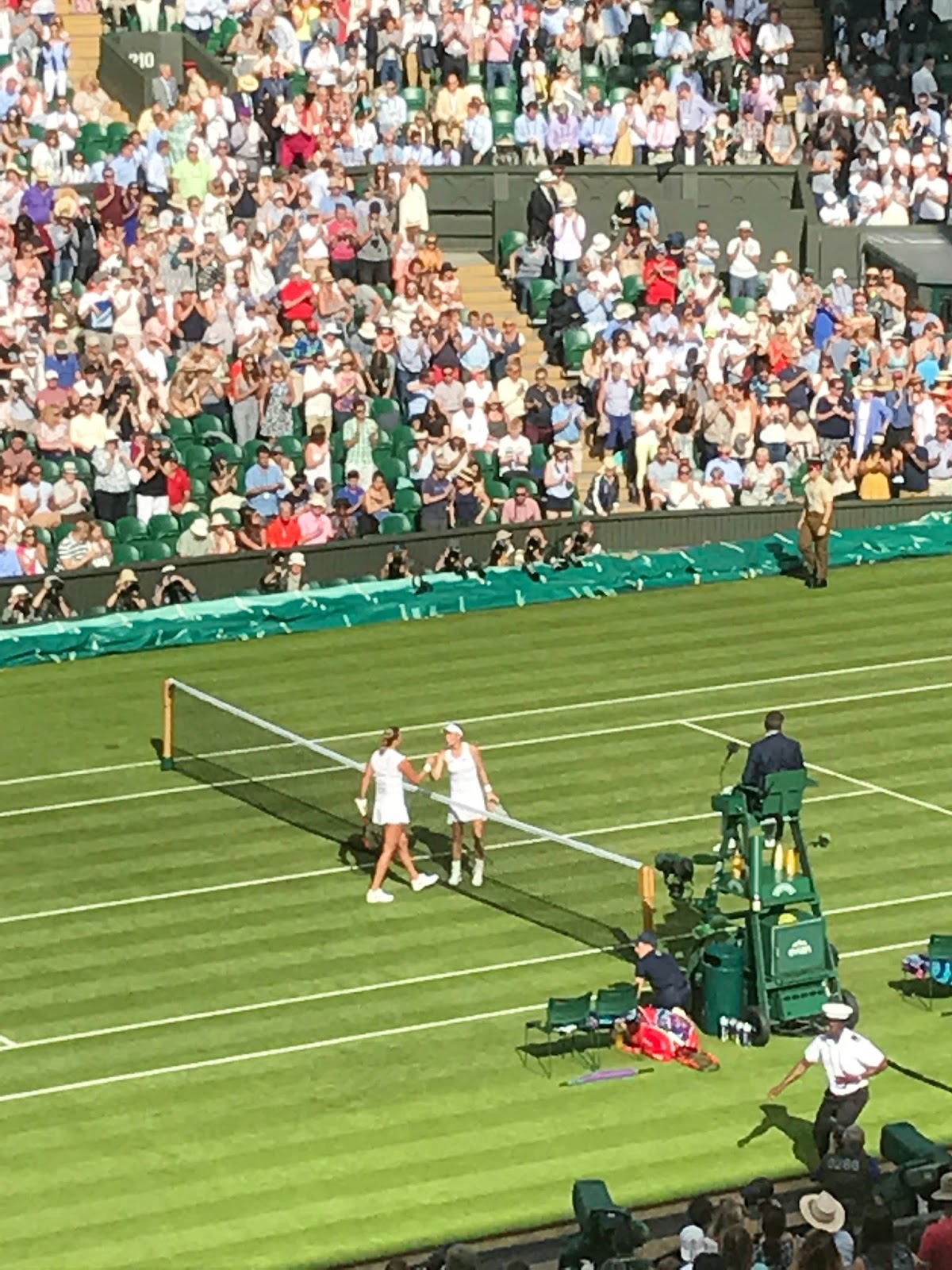 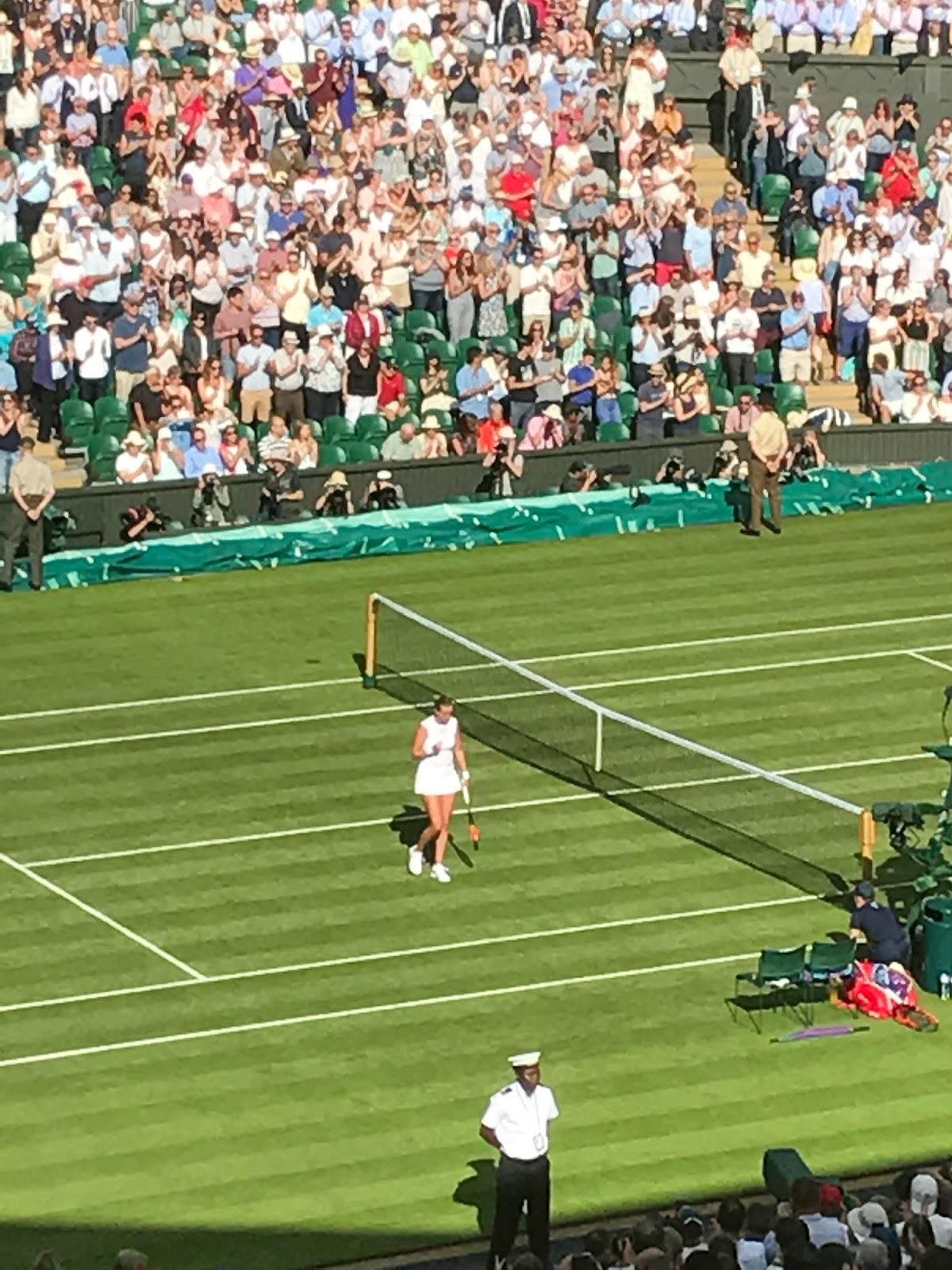 Ok. The main event. Stan Wawrinka. If you know, you know. I love Wawrinka more than anything, him and Murray are my favourite players, but I’ve had the worst luck with Wawrinka and waited years to see him play in person. I am a strong advocate of the ‘big five’, he’s won three of four slam finals he’s been in yet is hella underestimated. Sure, yesterday’s match didn’t help that but come on lads it’s about time we call them the big five not the big four. 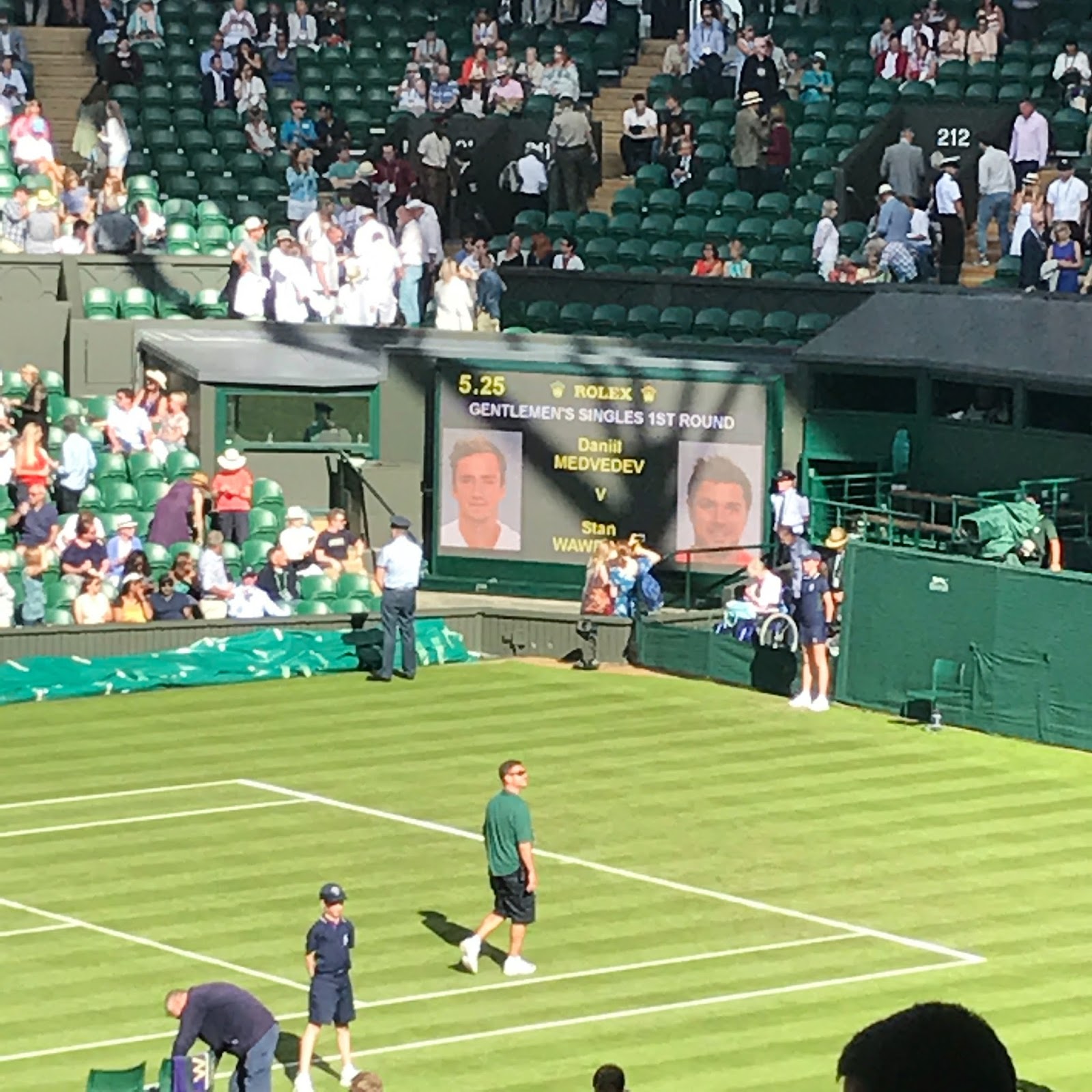 Pimms at the ready, I ran down the steps to a row closer to the court to see the walk on. Stan Wawrinka in the flesh on Centre Court, literally one of the best moments of my life. As Stan is seeded fifth at Wimbledon (their seedings are hella annoying) I expected him to be on Court 1 and Nadal to be on centre, so when I saw Monday’s order of play on the train up to London on Sunday I lost it. Ya girl was finally, finally about to see Stan the man play in person. 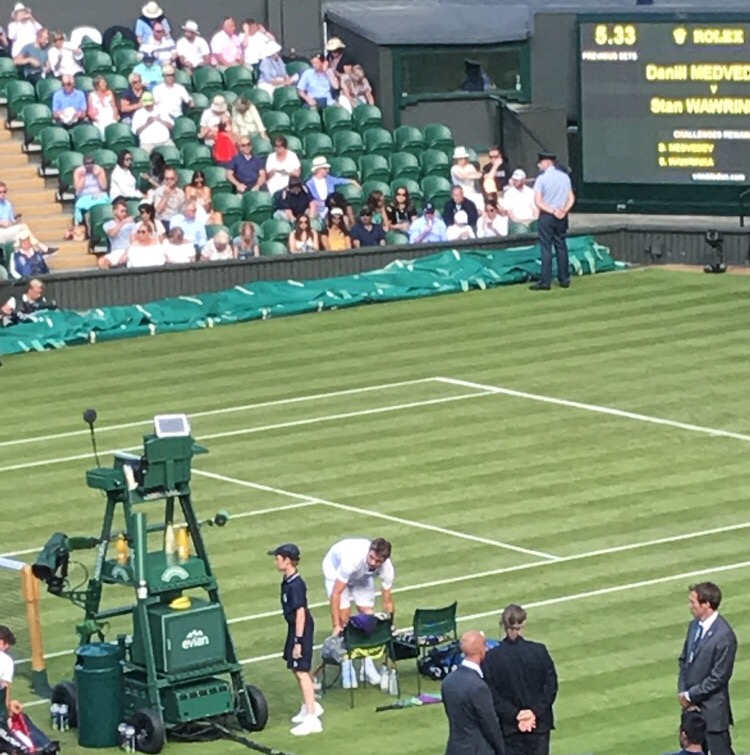 He played Medvedev, who reached the Eastbourne semi final before losing to Djokovic. The first big upset of the tournament so far, Wawrinka lost 4-6 6-3 4-6 1-6 and I have never been in so much pain. Evidently, neither has he, icing his knee at nearly every single changeover and missing tons of shots, going long too many times. Not the way I wanted my first time seeing Stan to go but the fact that I got to see him, I am still not over it. I expected a good, close match – Medvedev is world number 49 and has been proving himself to be a good, competitive player recently, so I’m not completely surprised he won and I’m not putting his win solely down to Stan’s injury, Medvedev played insanely well.

I had the full Wimby experience during Wawrinka – Medvedev, Pimms and strawberries and cream, and I also bought some Hello Kitty Candy Kittens the day before to take to Wimbledon with me because they’re my favourite snack to have while watching tennis on TV. 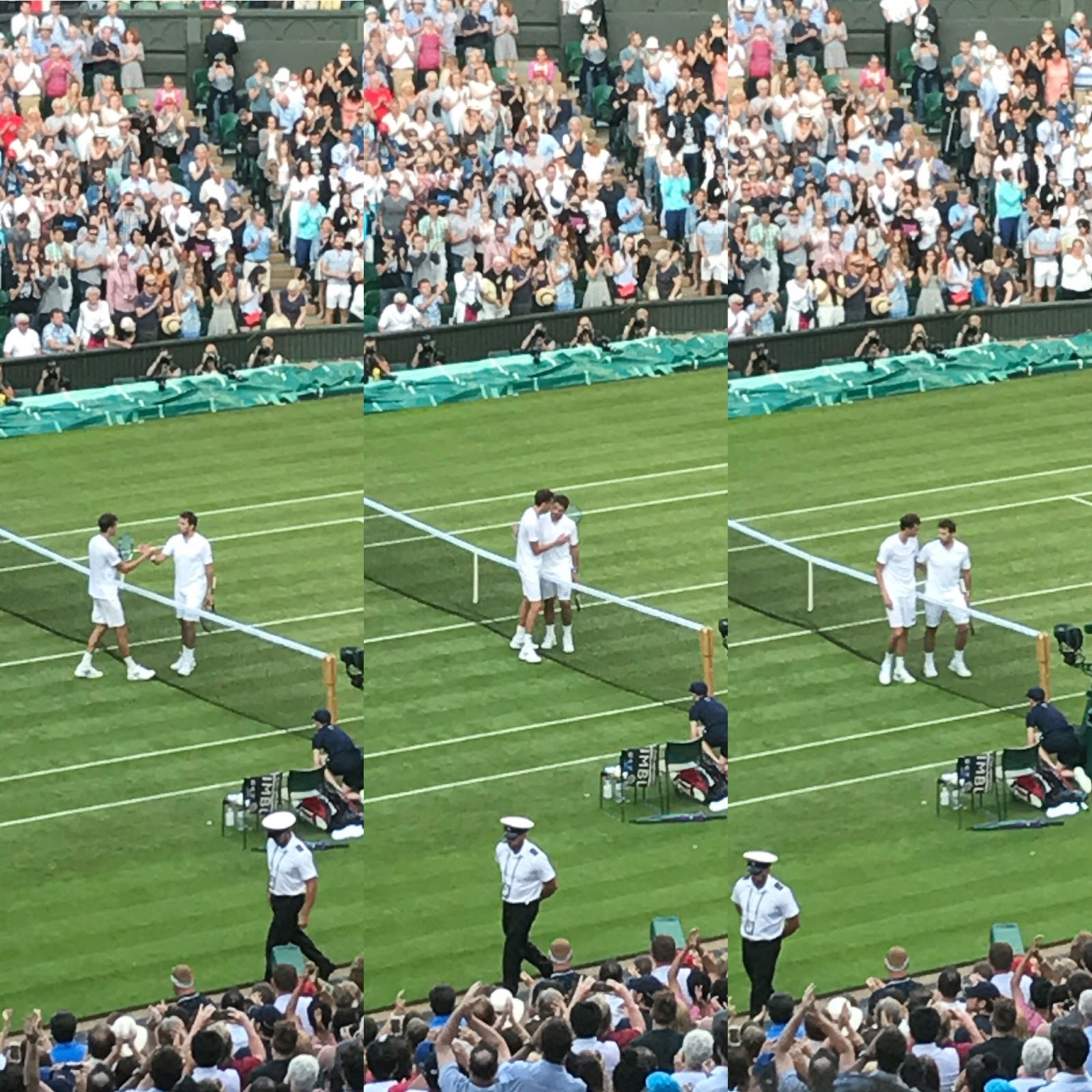 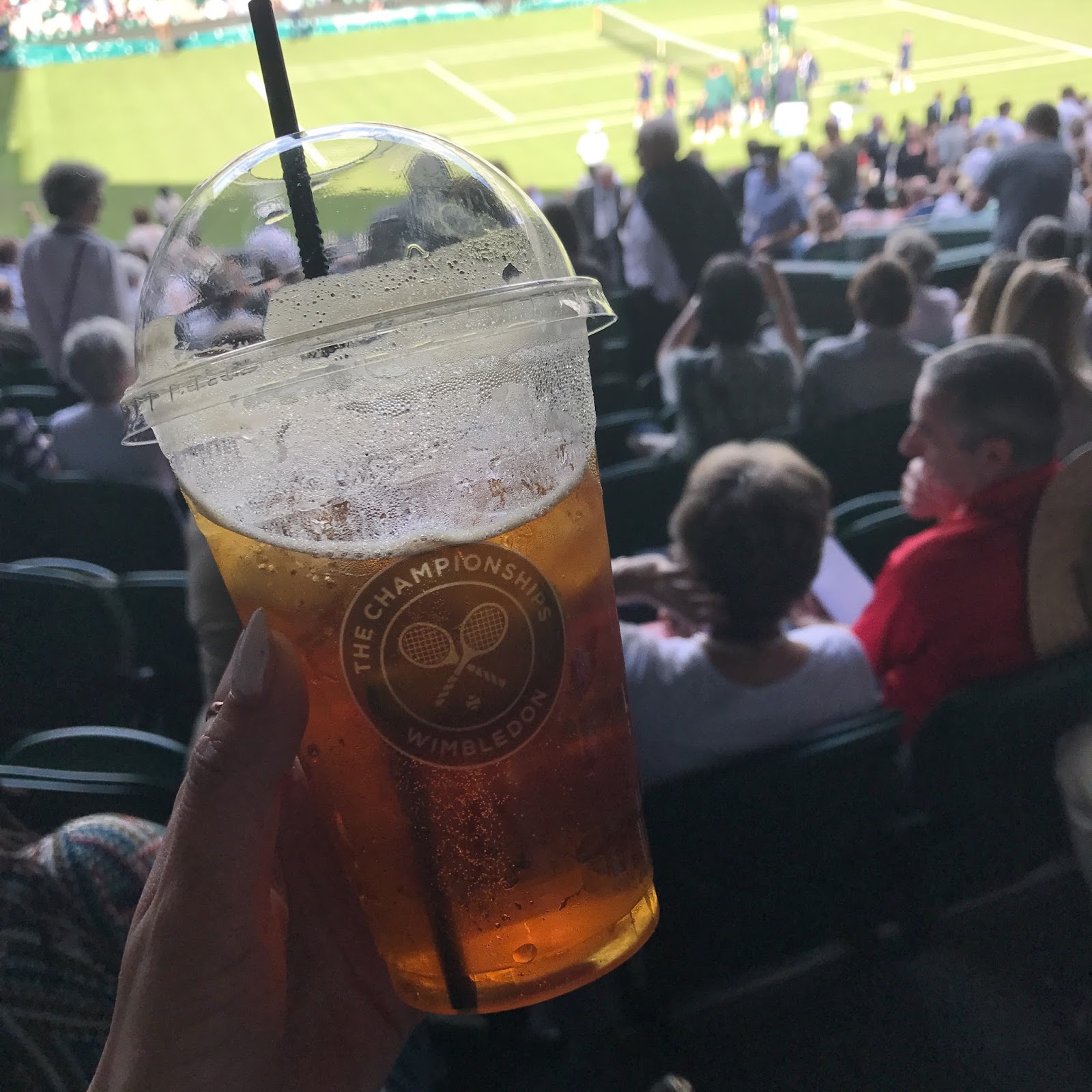 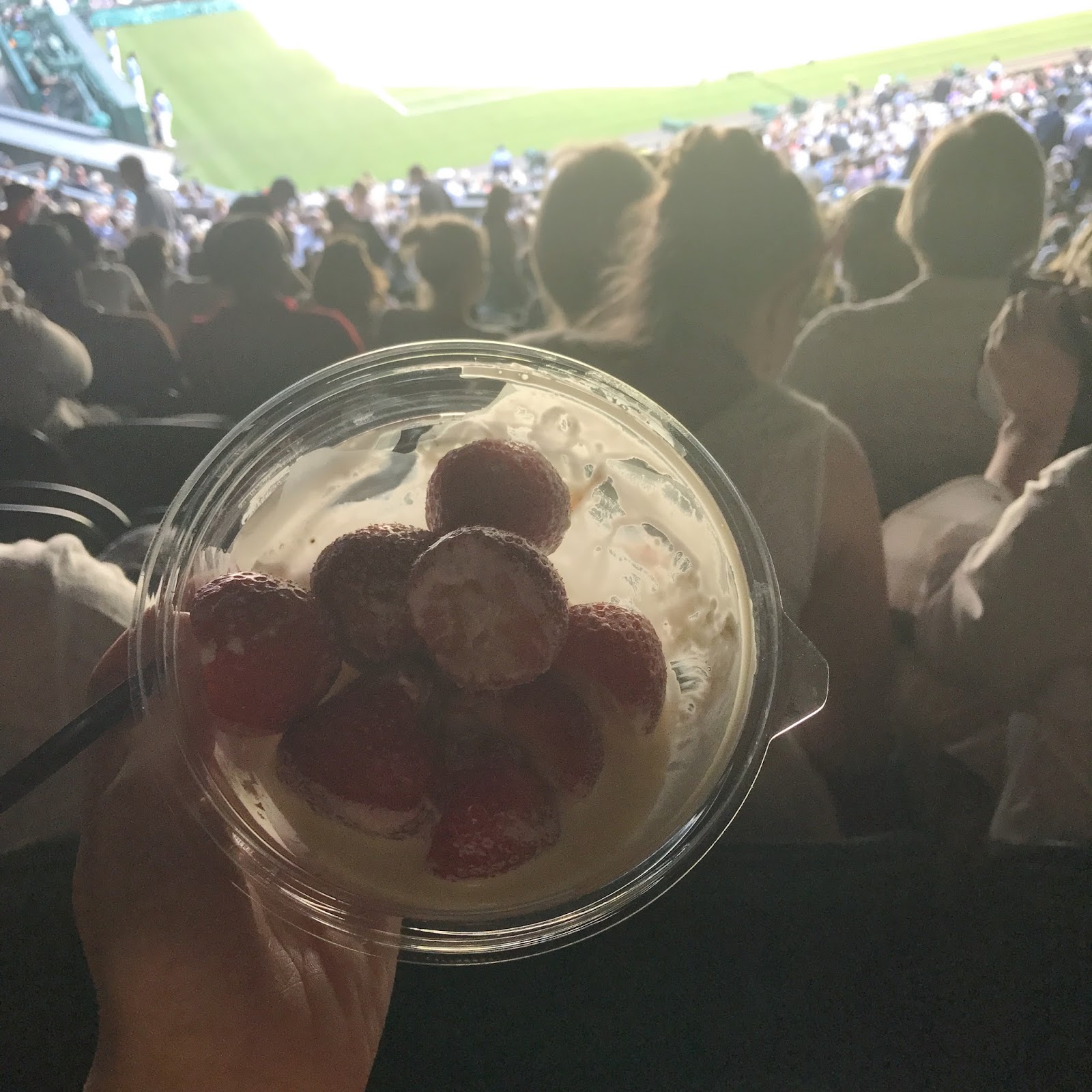 After Wawrinka, my mission was to see French Open winner and one of my new favourite players Jelena Ostapenko, and I caught half of the second set and all of the last set on Court 18. Penko is even cuter in person, she’s so lil and pretty and sweet. She bagelled Sasnovich in the first set, lost the second 1-6 and won the decider 6-3 to end the day of play at Wimbledon just after nine in the evening. Seeing Penko was one of the highlights of the day despite having already seen my two favourites on a much, much bigger court. She was super sweet too, there was a boy across the court from us who was cheering for her at every single opportunity, so she went straight over to him at the end of the match to thank him and take pics with him. She was one of those people who don’t disappoint when you see them in person, I love her. 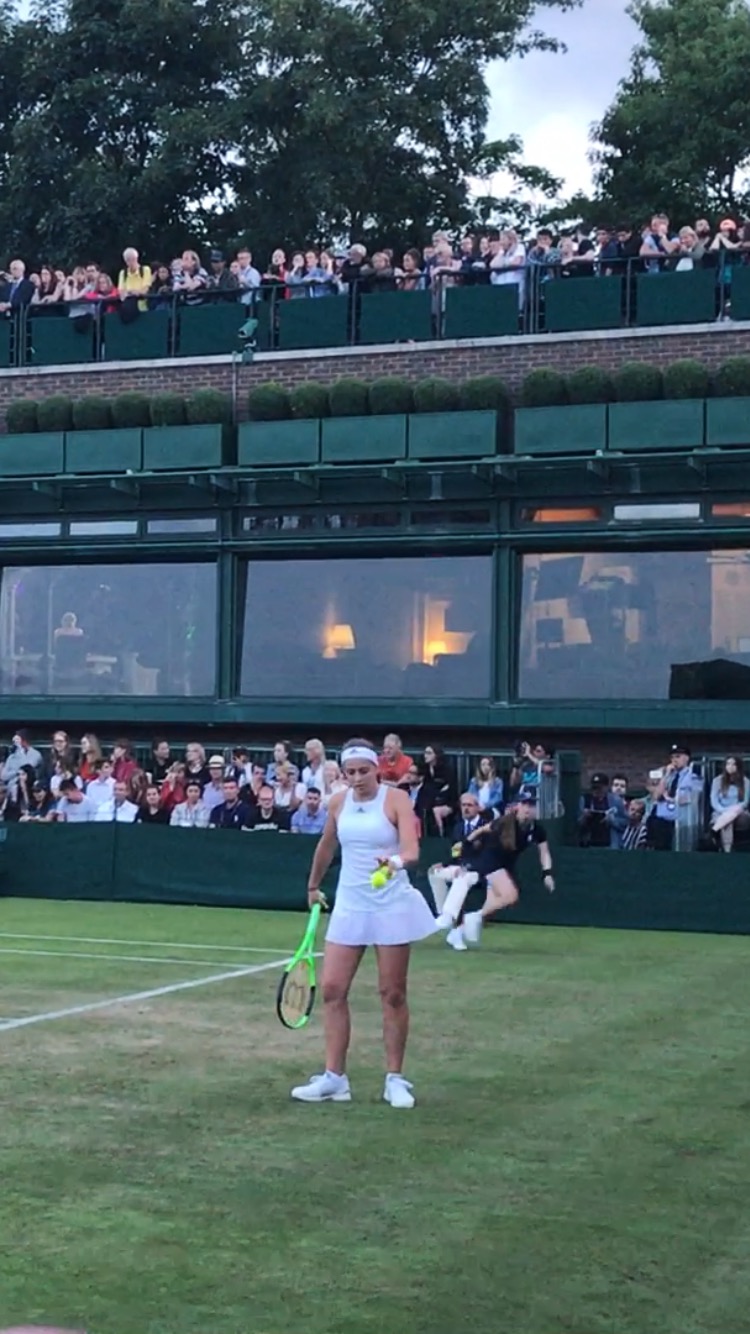 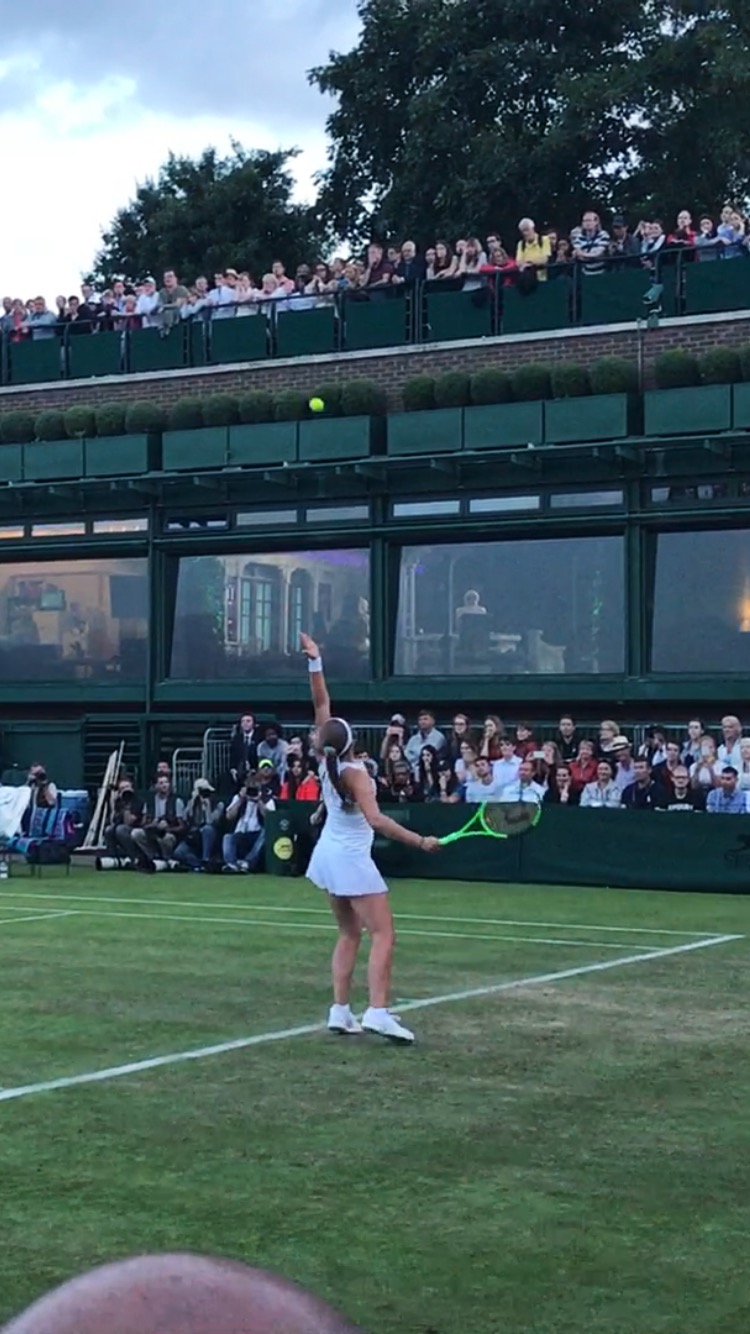 Whilst I didn’t get to see them, the Pouille Jaziri match looked like a good one and the insaaane five setter between Karlovic and Bedene (aka the reason Penko got moved from C3 to C18) that took over four hours and broke some kinda record was ridic.

Two days down, eleven to go.

Who do you think is gonna win Wimbledon this year? 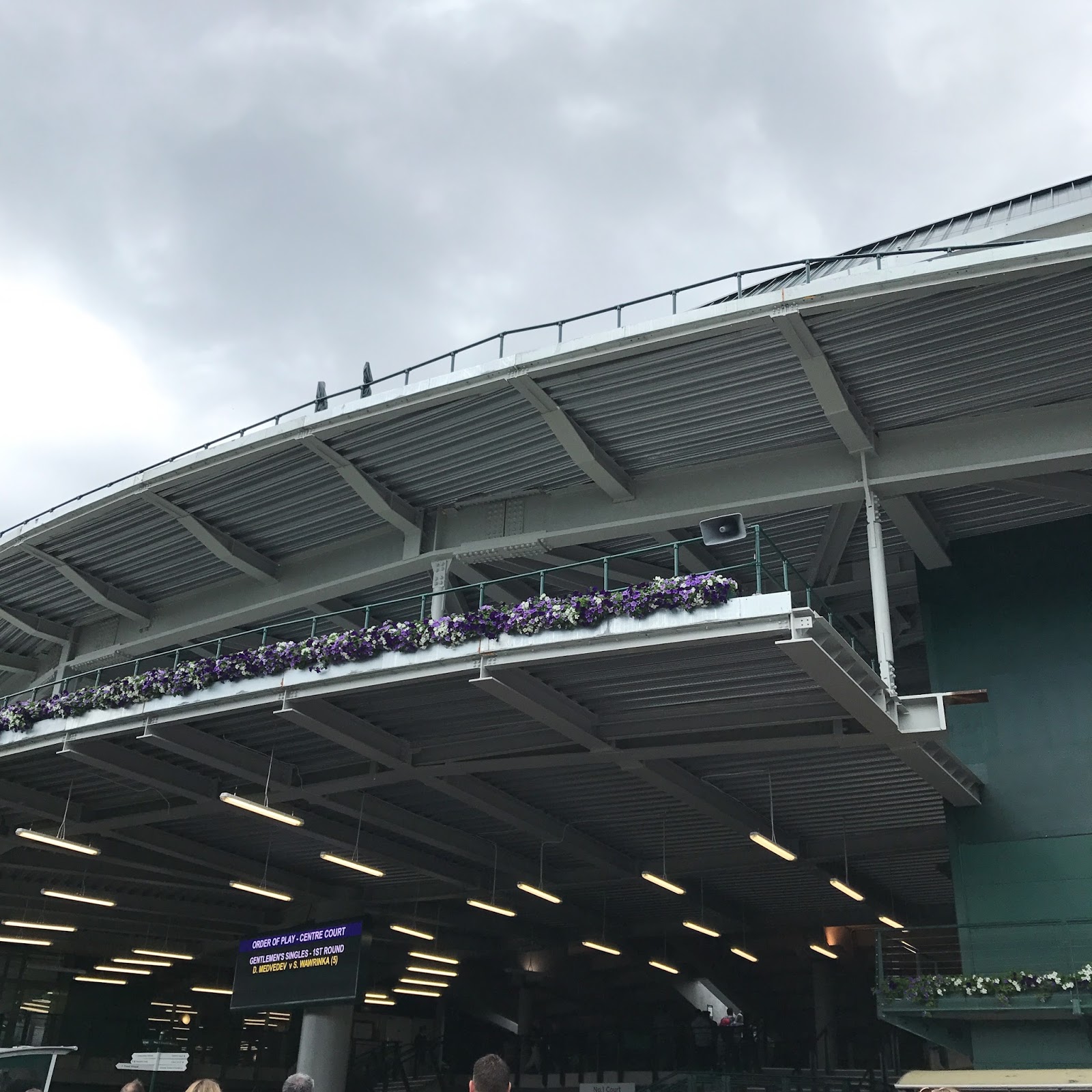 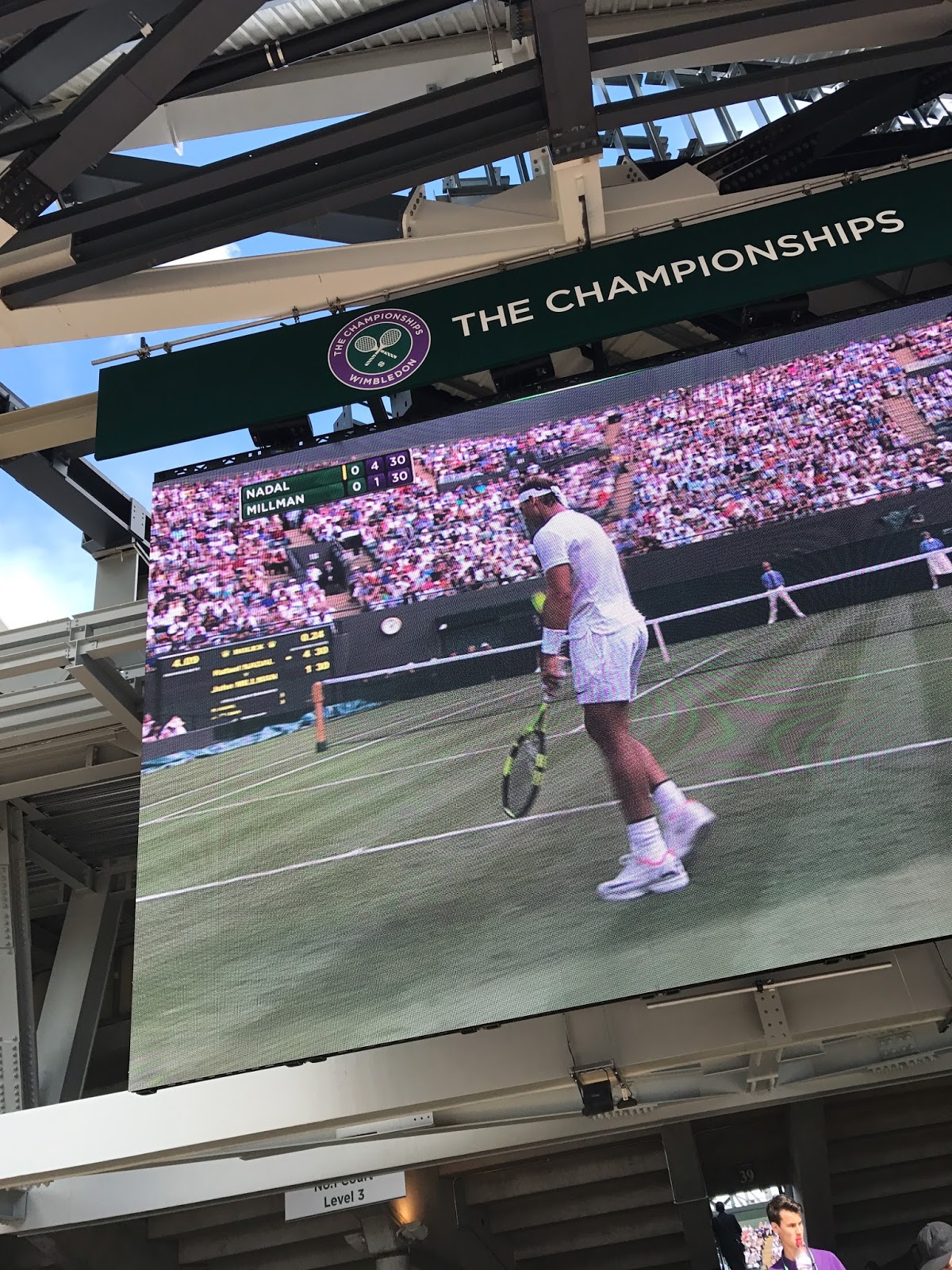