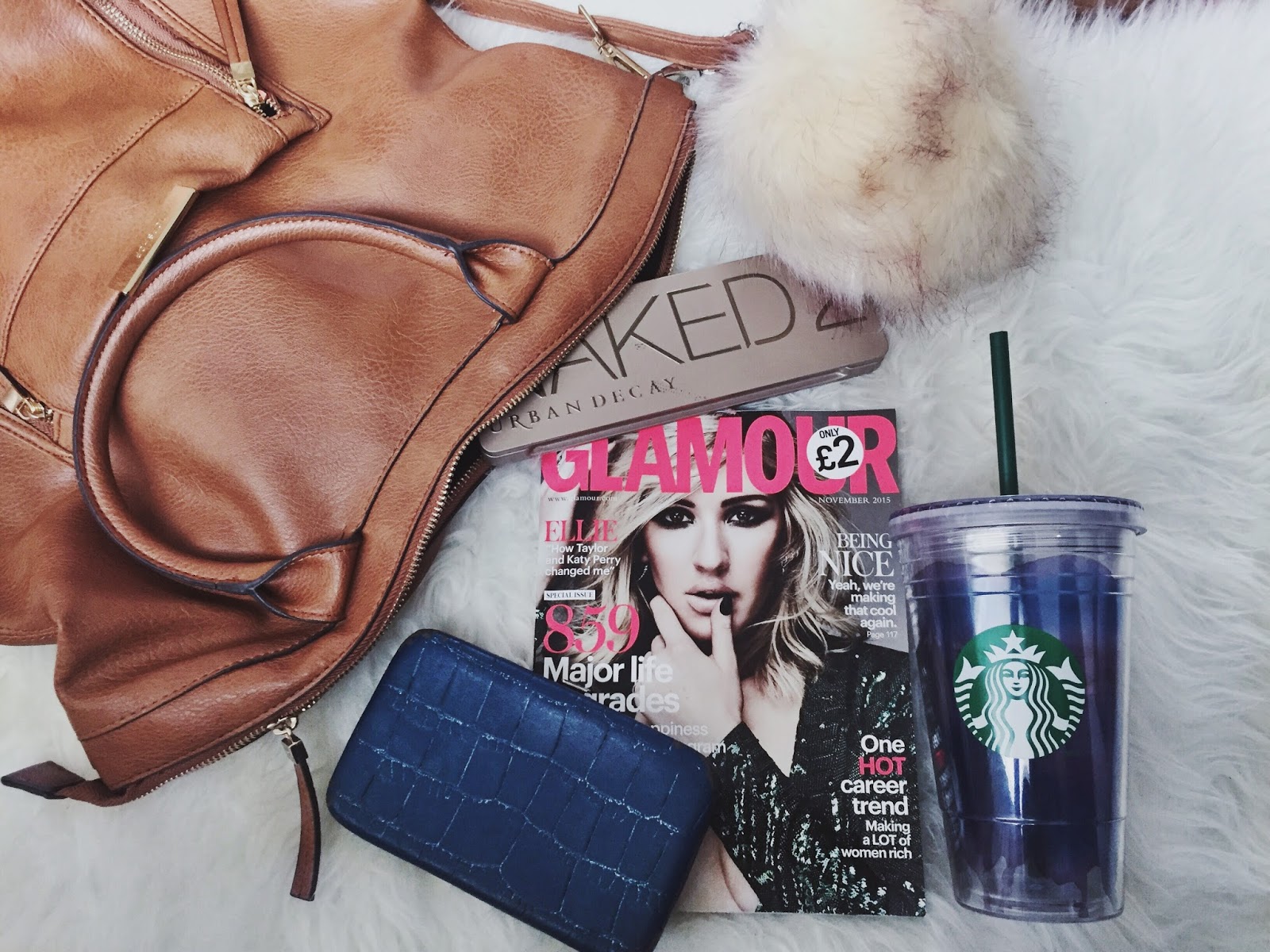 So as I’ve mentioned multiple times on the blog lately, I’m going to Ireland on Tuesday! I decided to film a video on what I’m going to be taking with me in my carry on bag over on my YouTube channel! Since it’s a really short haul flight (about an hour and a half) there’s no snazzy in-flight skincare routine or anything, and this isn’t my final packing. I just decided to think about what I was going to pack with me and filmed everything that I threw in my bag to decide what to bring! You can watch the video to see everything in full but I’ll mention three of the less common things that I’m packing here too!

I wouldn’t have even considered this if I hadn’t seen any other carry on bag videos on YouTube before but it’s actually a really good idea to bring them! I’m going to be travelling in heeled boots so if they gets uncomfy on the plane I can take them off and put on cosy socks! It seems like one of those cliche blogger / vlogger things since that’s the way I even discovered bringing them in your carry on but it does sound really handy.

These are so essential! Especially if you’re travelling alone and will get bored. While you’re waiting in the airport you’ll kill your battery doing things on your phone, and you’ll probably want to use it on the plane too for listening to music or watching something or reading and iBook. Plus, if you’re me, you use your iPhone to film YouTube videos and take blog photos (much professional) so I’ll probably drain my battery before I even get on the plane. This is where a portable charger comes in handy, since you have no plug sockets in the plane. One with a high mAh (whatever that actually is) is much better because it has more power so does more full charges of your phone.

So a lot of people use these for their everyday city commutes, but they’re equally perfect for travelling. If you have a cold drinks tumbler like I do, this is great for pouring water into since you can’t check bottled water in, so when you buy some in duty free it’s handy to drink from the cup. Also super handy if you wanna grab a drink from any coffee shop in duty free, or pour a drink that you buy on the plane! They’re so multi-purpose, I love.

So that’s what I’m planning to pack with me! Stay tuned for all the Ireland daily vlogs and blog posts!